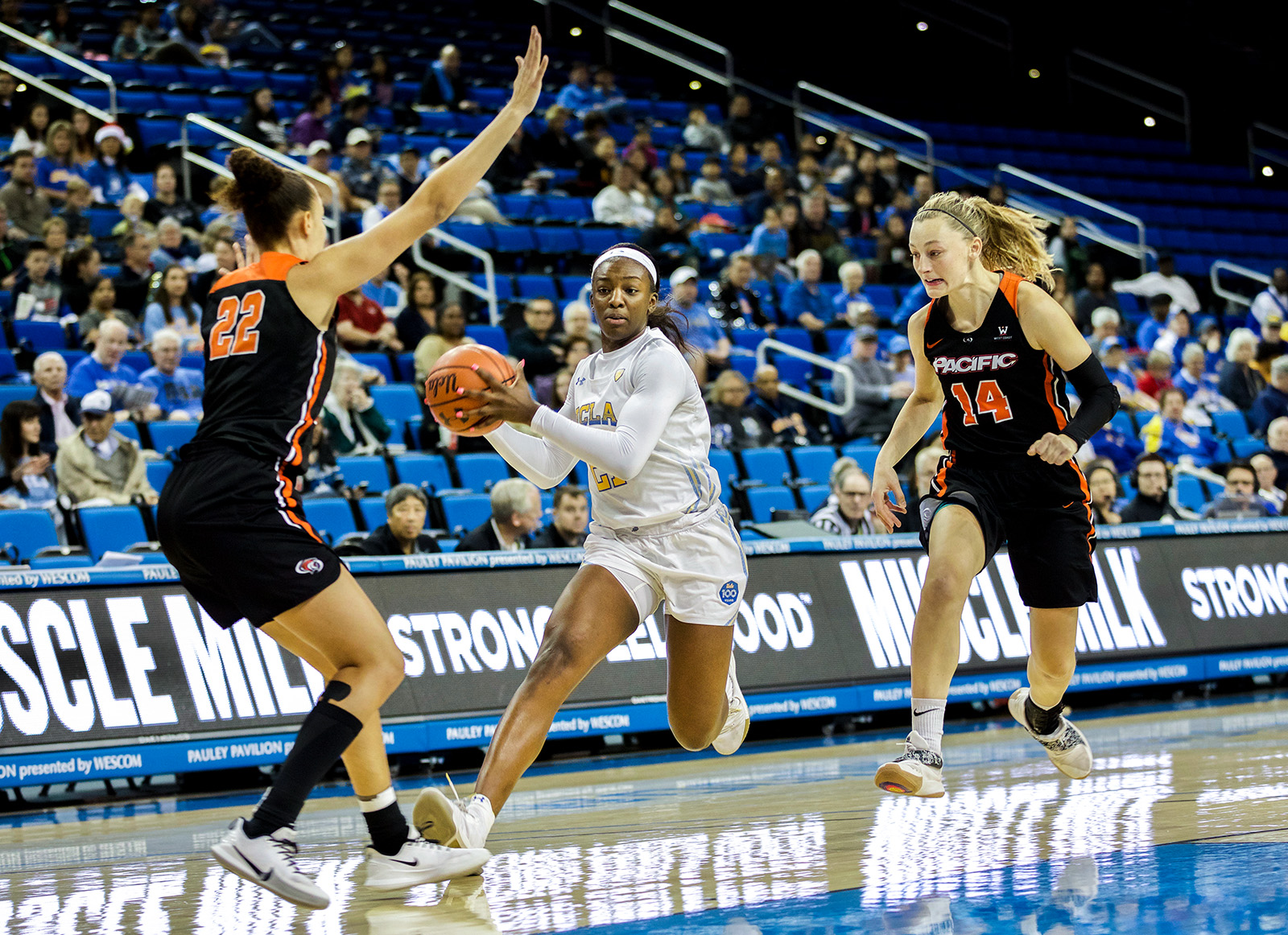 Junior forward Michaela Onyenwere put up 19 points for No. 10 UCLA women’s basketball in its win over Georgia on Thursday. The game marked Onyenwere’s seventh this season in which she scored 19 points or more. (Ariana Saigh/Daily Bruin)

The Bruins took 79 shots Thursday – 28 more than the Georgia Bulldogs.

“(Rebounding) is an area that I feel like we’ve been greatly underachieving this year,” said coach Cori Close. “We had to dominate the rebounding and we had to grow in our toughness, and I thought we did that.”

The Bruins outscored the Bulldogs 16-4 in the second quarter, holding the team to 8.3% from the field, to take a 33-19 halftime lead.

Georgia’s four points in the period were the lowest of any UCLA opponent in a quarter this season.

“(The key was) finding our identity on the defensive end of the floor. Not getting distracted about things getting hard on the offensive end, but controlling the things we can control,” Close said. “I thought our emotional energy was very steady.”

The Bruins’ eventual nine-point victory came despite being outshot from the field 35.3% to 34.2% in the game. UCLA grabbed 13 more rebounds than Georgia and had a plus-six turnover margin – both contributing to its 79 shots taken.

Close said the Bruins were tested by the Bulldogs more than any opponent so far this season as the program’s best start in Close’s tenure continues.

“This was by far our toughest opponent up to this point,” Close said.

Junior forward Michaela Onyenwere led all scorers with 19 points on 9-of-21 from the field, 15 of which came in the first half.

Onyenwere said her aggression on offense changed because of different defensive looks by Georgia.

“(Georgia) just made adjustments on the defensive end, they were switching between defenses,” Onyenwere said. “In the first half, I was looking to take my shots, be more aggressive, and I think that just changed in the second half based on how they were playing.”

Onyenwere’s teammate in the frontcourt – junior forward Lauryn Miller – was the only other Bruin to score in double-digits in the contest.

Miller recorded her third double-double on the season, and her 14 rebounds were the most for any UCLA player this season.

Redshirt junior guard Natalie Chou was the only Bruin to break 50% from the field, scoring eight points on 4-of-7 shooting in addition to five rebounds.

After sitting out the last two games with an injury, redshirt sophomore guard Lindsey Corsaro returned to the starting lineup and made two of the Bruins’ four 3-pointers en route to an eight-point performance.

Osborne chipped in the other two 3-pointers for UCLA, also scoring eight points on 3-of-14 shooting from the field.

Georgia was led in scoring by guard Gabby Connally – who was named SEC Player of the Week in early December – as Connally contributed 16 points on 5-of-12 shooting from the field.

UCLA will take on Indiana in its final nonconference game of the regular season in Bloomington, Indiana, on Sunday. 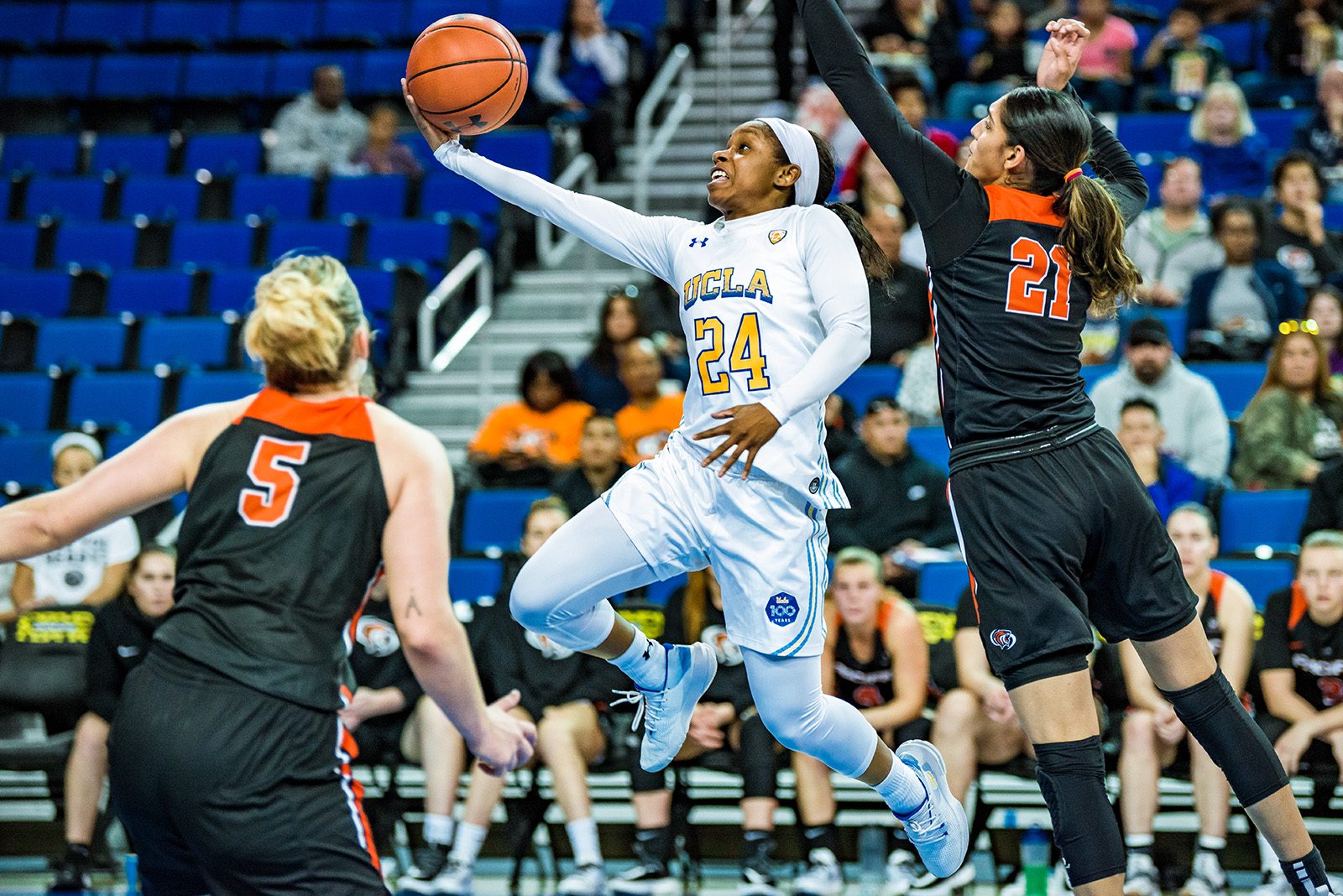