Throwback Thursday: Improvement of UCLA’s transportation options has been stuck in park for years 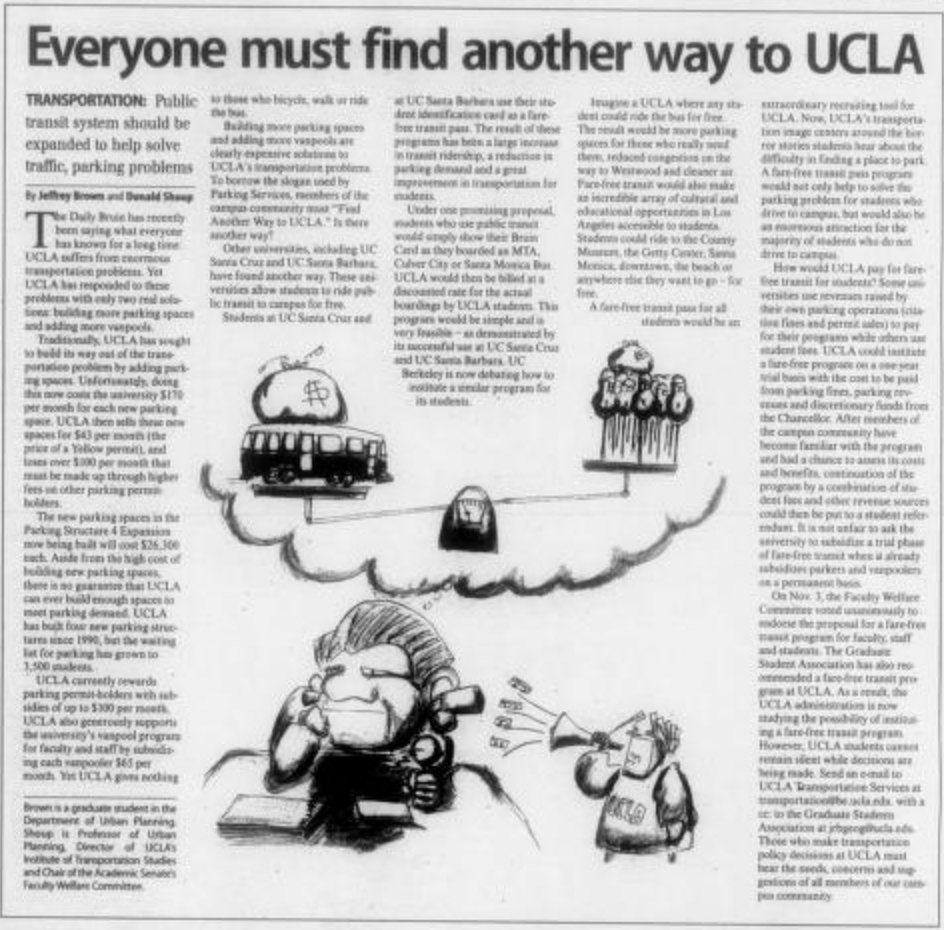 UCLA has a transportation problem. And it’s nothing new.

Los Angeles is notorious for its lack of reliable and efficient public transportation. Buses are often late, bike lanes are far and few between and the metro is virtually nonexistent.

The project comes at a time when Bruins are still in dire need of a transportation solution.

After all, LA is a city built for cars – but even if you have one, driving it to UCLA every day is a challenge because parking spots on campus are limited and expensive.

The UCLA community is all too aware of this state of affairs and has been for some time. In 1997, the Daily Bruin published an article lamenting the parking and transportation situation on campus.

According to the article, UCLA’s go-to solution to solve the transportation problem has been to simply add more parking spots. However, this not-so-quick fix is extremely expensive for the university.

UCLA is also one of the smallest University of California campuses in terms of square footage, so there is only so much room for additional parking spots. With thousands of students and staff in need of places to park, the writers of the article did not think this was a viable solution.

Instead, the writers pointed to UC Santa Cruz and UC Santa Barbara, which both covered the cost of public transportation for their students at the time. This measure led to an increase in transit ridership and alleviated parking demand for both schools.

The writers recommend that UCLA try this approach as well, as it would fix the parking problem and also reduce pollution and traffic congestion. They also believed it would be a great recruiting tool for the university.

The article calls for a one-year trial in which the university covers the cost of the program to assess its benefits. It suggests that the university pays for the program with a combination of parking fines, student fees and other sources of revenue in the event that they decide to commit to the measure in the long run.

Eligible students currently have the option to join the Bruin Commuter Club by participating in UCLA Vanpool, UCLA Carpool or public transit services. Member students then have access to daily discounted parking and an emergency ride home service.

It’s also possible that full subsidization for public transportation or not, cost is not the deciding factor. Though it’s more affordable to take the bus, many Angelenos don’t. Public transit ridership has been on the decline for the past several years all over LA County.

In June, a shuttle between Westwood and LAX was shut down due to low ridership, demonstrating a failure at some level with either student knowledge of the resource or the transportation itself.

In this city, having a car often seems like the ideal option, but it still has its problems.

In 2019, parking remains a problem area for the school, with the UCLA Transportation website prefacing its campus parking information with a reminder that the university has “an extremely limited supply of single occupancy vehicle parking.”

UCLA’s parking and transportation conundrum seems far from a solution two decades after Daily Bruin writers called for a change.

However, there may be a light at the end of the tunnel. The city of LA has plans for a massive transit overhaul that might just help Bruins get to class without needing to stress over a parking spot.

The recent report from LA Metro discusses the feasibility of a transit service that would span from the San Fernando Valley to the Westside and to LAX. All proposed plans for the line include a rail station at UCLA.

Classes are hard enough as it is. Students shouldn’t have to stress about getting to them. 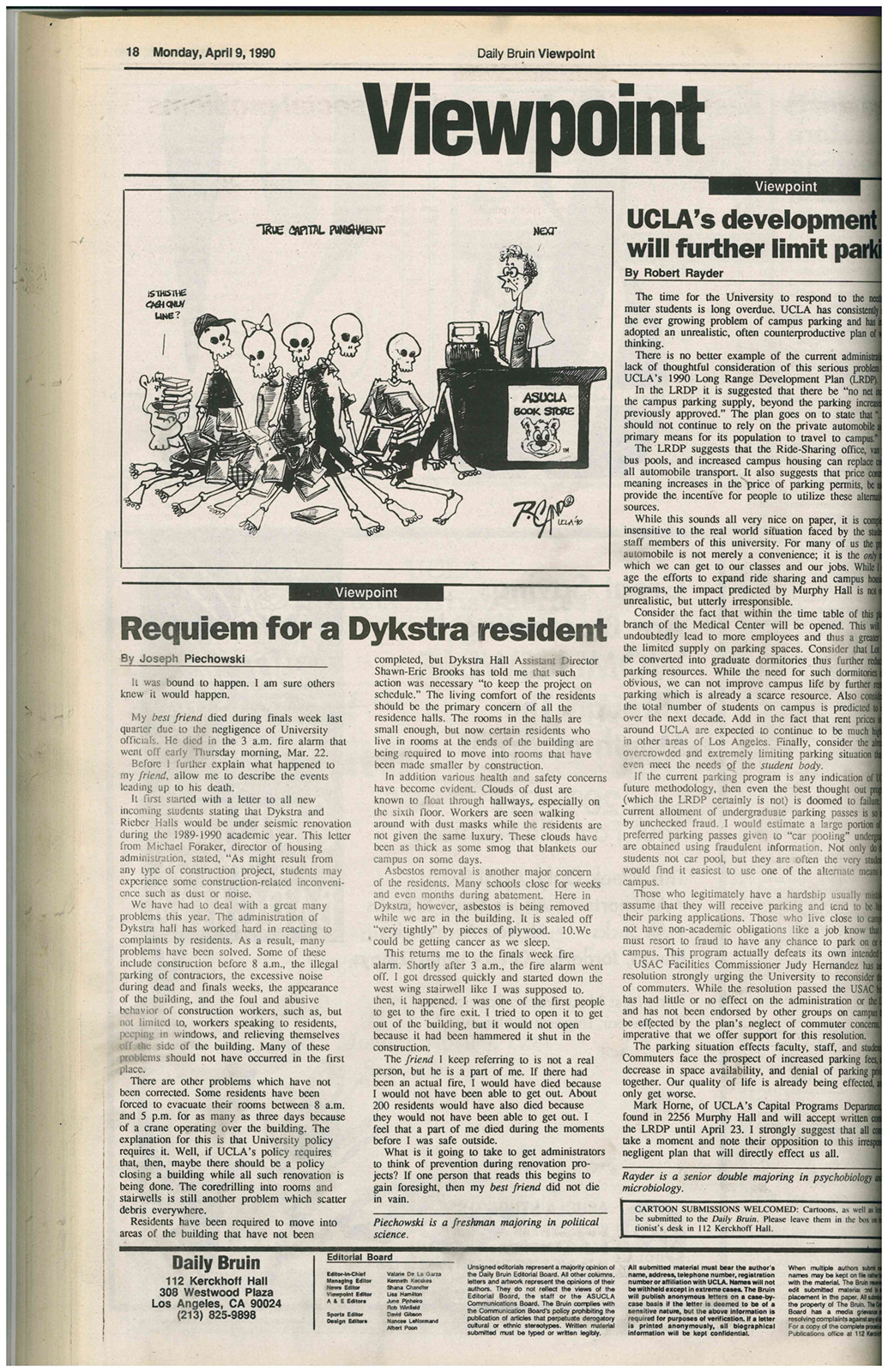 Throwback Thursday: UCLA’s dire parking setup has been a problem for 30 years