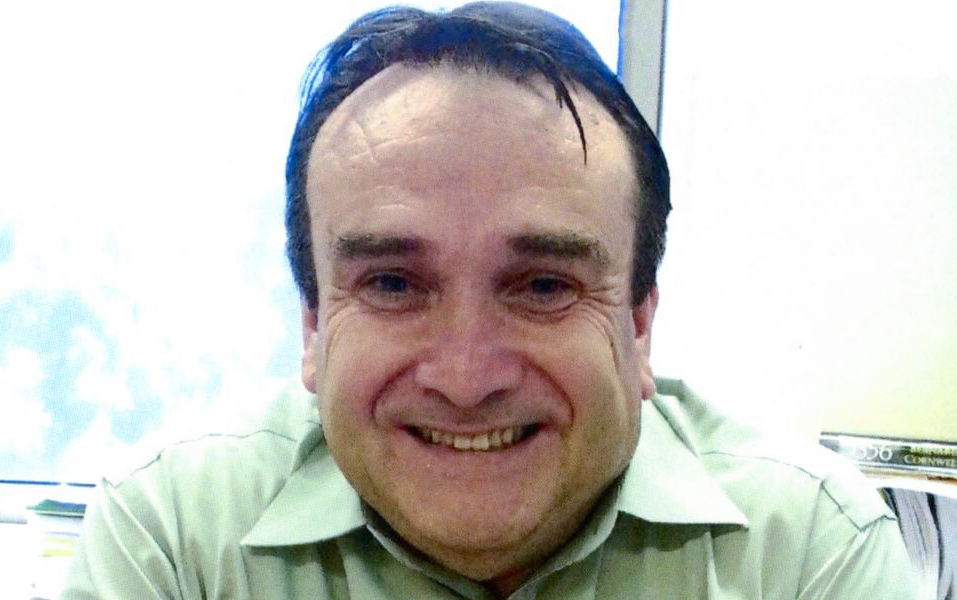 Paul Padilla, a history department undergraduate advisor, died last month. He is remembered by students and faculty for his deep knowledge of history and the department, his friendliness and his generosity. (Courtesy of UCLA History department)

Padilla noticed Go’s struggle and made sure to always refill a candy jar with snacks and treats so Go would not be completely hungry at the end of the day, Go, now the coordinator of UCLA’s history department, said.

Padilla, a man remembered for his infinite devotion to the students he advised and the UCLA community, died Nov. 10 after a fall at his home. He is survived by his mother and siblings.

Padilla had been a part of the UCLA community for over 40 years. He earned his bachelor of arts in history at UCLA in 1978 then went on to earn a master’s degree in medieval history.

He began his doctoral degree at UCLA as well, but withdrew from the program after his father’s death.

Instead, he started work as a university staff member to support his family.

Padilla was a selfless man who never failed to put others above himself, said John Langdon, a continuing lecturer in the history department.

“(He was) one of our top (students) and he got a Chancellor’s Award for his teaching as a (teaching assistant),” Langdon said. “All of a sudden, he’s got the responsibility for bringing on money for the family, … so he gave up a lot because his obligations to his family and his love for the community came first.”

Padilla became an undergraduate history advisor in 1995. He not only counseled tens of thousands of students but also inspired them with his wide array of historical knowledge, Langdon said.

Langdon added that Padilla’s knowledge may have surpassed even some of the faculty members in the department.

“Here was a guy with more knowledge than anybody else I’ve ever encountered at UCLA,” Langdon said. “And that’s a pretty big statement.”

Padilla’s office was filled to the brim with books and historical documents. Padilla also had every single publication the UCLA history faculty ever published, Langdon said.

“If a student walked in and said, ‘Well, I’m interested in revolutionary science,’ he’d pull Geoffrey Symcox … and hand it to him,” Langdon said.

Padilla always had an open office to welcome students and vast historical knowledge and comedic stories to help them feel at home.

“If you didn’t know him, he could be kind of intimidating,” Walk said. “He’d give you the right answers, but they would be short.”

Walk quickly realized there was nothing to be worried about – Padilla made sure to make him feel relaxed and comfortable in their conversations.

Padilla’s knowledge reached above historical expertise. Padilla’s long commitment to the history department made him the man to go to when problems arose, Walk said.

Padilla went above and beyond for his students and his colleagues, Go said. Padilla had a large amount of sick and vacation days left over each year because he never took time off.

When Padilla found out one of his colleagues had been hospitalized, he donated his vacation and sick days to his friend, Go said.

“He did donate a lot of his vacation and sick days to make sure that while the person was in the hospital, she was still getting paid and she could pay the hospital bill,” Go said.

Delanie Moreland, a fourth-year history and psychology student, said Padilla was a man the entire department looked up to.

“He was definitely the heart and soul of the history department,” Moreland said. “He meant a lot to the undergraduates, the professors loved him (and) the staff depended on him.”

Despite his impact on the department, Padilla never boasted about his accomplishments. Ann Major, the assistant to the history department chair, said Padilla was a humble man who exemplified kindness.

“He didn’t have a judgmental bone in his body, he was very accepting of people for just who they are,” Major said. “I’ve never heard him say anything unkind about anybody ever.”

Padilla was always the one to crack jokes during staff meetings and to spill coffee around the office, Moreland said.

“It’d always made me laugh because I’d see a trail of coffee and (say,) ‘Oh, well, Paul’s been here,’” Moreland said.

Padilla’s impact on the history department was so monumental that it will no longer be the same without him, Langdon said.

“This department is damn quiet without Paul,” Langdon said. “In other words, its personality is mutated because there’s a big hole. … He was the glue that held everything together.”