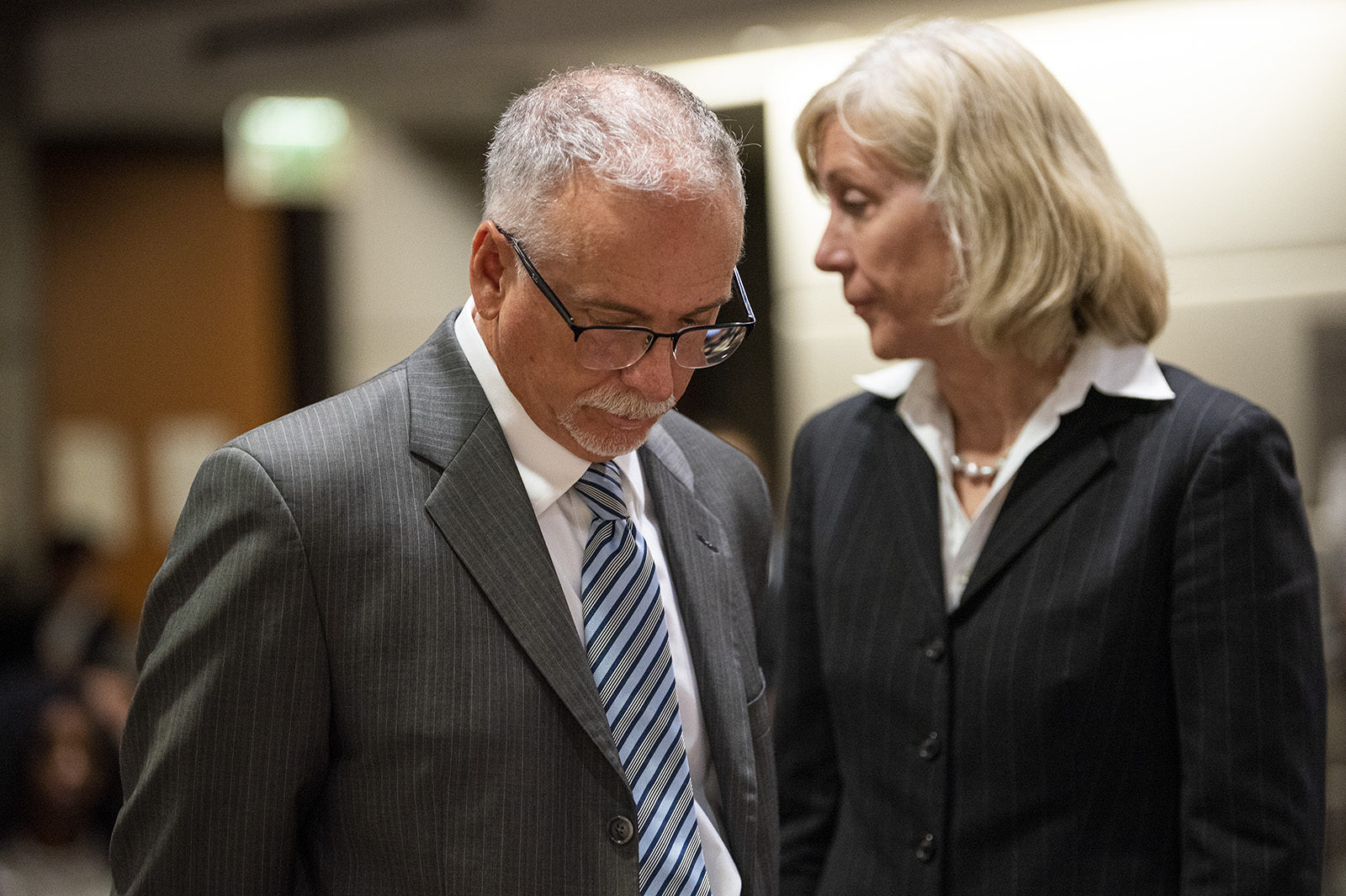 Former UCLA obstetrician-gynecologist James Heaps’ treatment of a patient constituted sexual assault and harassment, according to a Title IX report made public Thursday.

A patient of Heaps filed the original Title IX complaint in December 2017, accusing Heaps of inappropriately touching her breast during a visit to his UCLA office to remove her intrauterine device, or IUD. The patient saw Heaps, who joined UCLA Health in 2014, because her usual gynecologist was unavailable, according to the report.

The Title IX report, finalized about three weeks ago, is expected to be a pivotal piece of evidence against Heaps, who faces two counts of sexual battery, one count of sexual exploitation by a physician and civil lawsuits from more than 80 former patients alleging sexual assault.

A preliminary report from May 2018 had deferred determinations until medical staff examinedwhether Heaps’ actions were clinically warranted.

“Based upon the peer review analysis, it can be reasonably concluded that Respondent conducted an inappropriate medical examination of Complainant,” wrote Jane Miller, the UCLA official who investigated the claims, in the final report. “(There) is SUFFICIENT EVIDENCE to conclude that the Respondent engaged in behavior that constituted sexual assault.”

The final report also concluded Heaps sexually harassed the complainant with unnecessary and offensive comments about her body. A university peer review panel, aided by an external review from Greeley, a third-party health care consulting company, unanimously concluded certain aspects of Heaps’ practice were unprofessional and inappropriate, according to the report.

According to the Title IX report, Miller completed all witness interviews by Jan. 12, 2018 – three weeks after the investigation started. The report was not completed until almost two years later.

Lawyers for both Heaps and his accusers criticized UCLA’s slow and opaque response to the complaint. According to University of California policy, the investigation should normally be completed within 90 days of the officer notifying all parties of the charges, which occurs when the formal investigation begins.

“We’re concerned very much that it took two years,” said Jennifer McGrath, who, with Darren Kavinoky, represents more than 40 former patients of Heaps’. “We would like to know from UCLA what what was going on in those two years, or why it wasn’t issued.”

The policy also requires all parties must be notified if the Title IX officer believes the investigation will take longer than 90 days. The Los Angeles Times reported Thursday that the complainant was not contacted about her case after her interview with Miller’s office and only learned of the report when it was made public.

Heaps continued to practice at UCLA until he retired in June 2018, while the Title IX investigation was ongoing.

“They could have used his medical talent in so many other ways,” Kavinoky, one of the accusers’ lawyers, said.“But instead, they insisted that he keeps seeing patients, that women keep coming in front of him and taking their clothes off and allowing him to put his hands on these women. And that’s disgusting.”

Tracy Green, an attorney representing Heaps, criticized how the university handled the Title IX investigation and accused Miller of skewing the external review by not sharing the complainant’s medical records with Greeley.

“The external review that was sent (by Greeley) was a hatchet job,” Green said. “They don’t have the medical records. … (Greeley’s) report says, ‘We don’t even know if they took the IUD out.’”

Three board-certified physicians and Greeley’s chief medical officer conducted Greeley’s external review solely on documentation provided by UCLA. It is unclear what documentation UCLA sent to Greeley. While the reviewers recommended information from the physician under review take precedence, they believed their findings had “extremely high significance,”according to the report.

“As an institution we recognize that we must do more to provide the safe, supportive and respectful environment our patients and staff expect and deserve,” said a representative for UCLA in a statement to NBC News.

The representative also said the university regrets the way Heaps’ retirement was characterized.

Kavinoky said he thinks UCLA knowingly allowed Heaps to retire during an active investigation to protect him and called the university’s choice of words insulting.

“I think about a word like ‘regrettable’ and it just doesn’t even begin to speak to the harm that you’ve caused real people in the community because you prioritize UCLA’s reputation over the safety of patients,” Kavinoky said. “He retired in June of 2018 – obviously they knew, but how could they let that happen?”

Hours before the announcement of the Title IX report, three women anonymously suing Heaps revealed their identities in an interview on NBC’s morning news program “Today.” One of the women, Julie Orsatti, had revealed her first name in November.

Green accused Kavinoky and McGrath of damaging the integrity of the criminal litigation by putting the spotlight on plaintiffs for the civil case, who are unrelated to Heaps’ criminal charges.

Green said she will file a motion to suspend the dozens of civil cases against Heaps until the criminal case and a separate insurance lawsuit he filed against UCLA are resolved.

The initial status conference for the civil cases surrounding sexual assault allegations against Heaps will be held Friday at 2 p.m. in Department 7 of the Spring Street Courthouse. 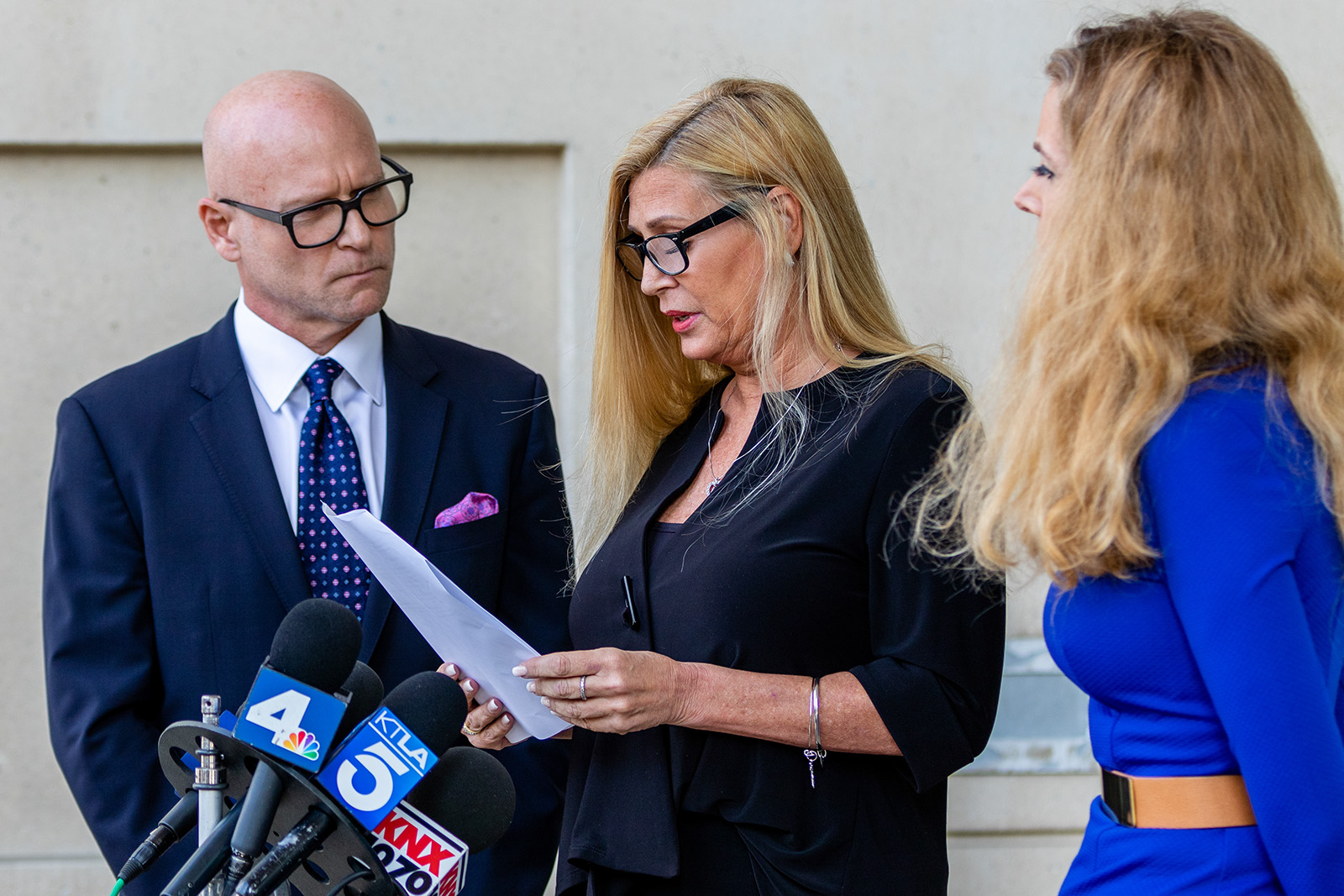