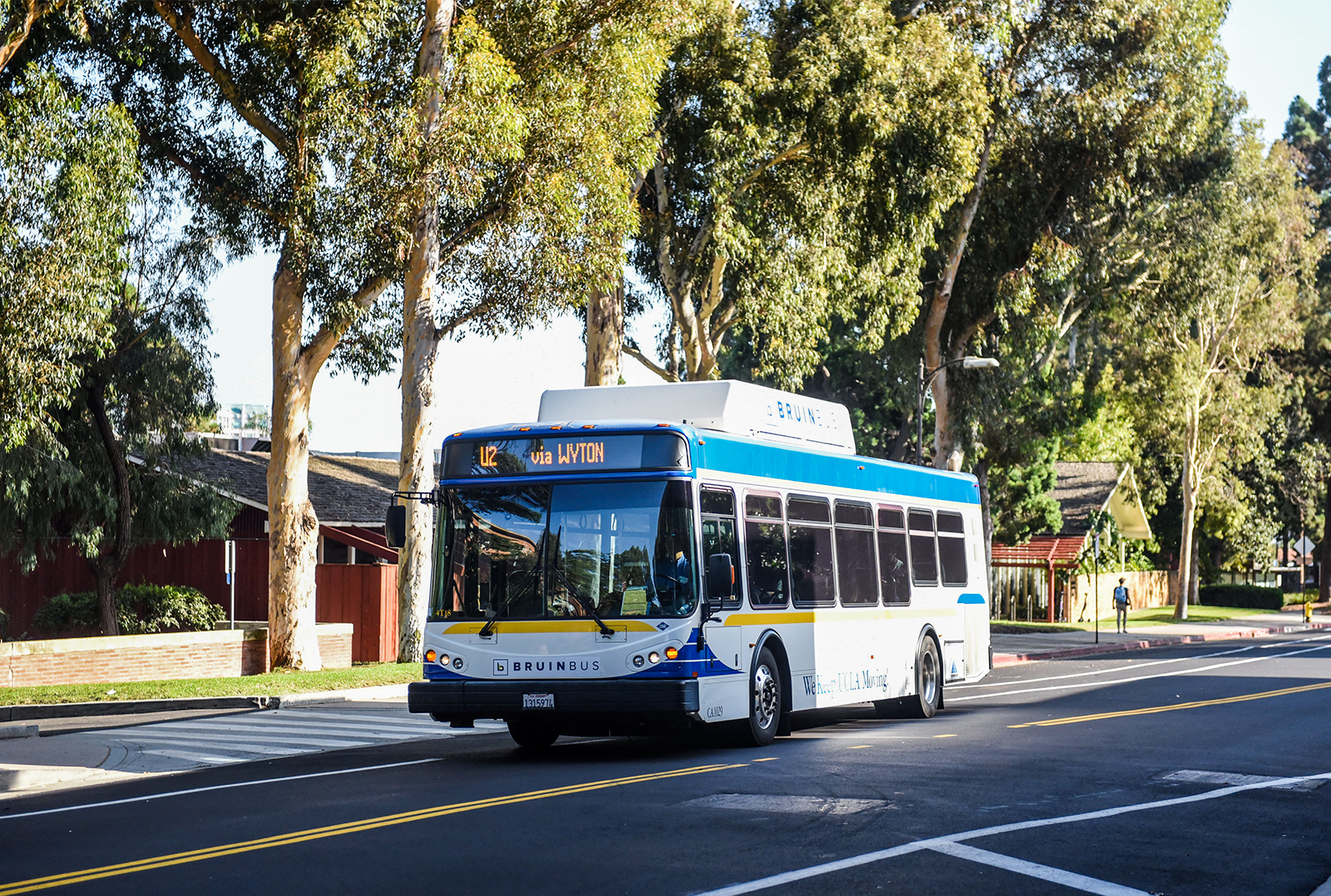 California is one of the biggest offenders of vehicle carbon emissions. UCLA must advocate and educate students on alternative methods of transportation to reduce students’ carbon footprint on the planet. (Daily Bruin file photo)

Our planet needs saving in more ways than one would like to count.

And for UCLA students, climate change is an increasingly frightening reality.

It’s no secret that carbon emissions from vehicles pose a huge problem to our environment. So much so that the California state government recently announced it would stop buying most gas-powered vehicles for its own use.

There is little doubt that California’s efforts are warranted. But unfortunately, when it comes to the issue of auto emissions, there is a distinct lack of infrastructure to help mitigate these problems. And with the rate of solo drivers in Los Angeles County at 76%, it is all too easy for people to ignore the cost of their own environmental pollution.

More needs to be done to spread awareness about auto emissions and their harm on the environment. And as a research institution nestled in a city where vehicle congestion is second nature, UCLA has a key role to play.

UCLA can and must do more to limit its vehicle emissions and raise awareness about the problems auto emissions cause, and provide solutions for everyday Angelenos to help solve this glaring problem. This includes educating the public about alternative forms of transportation and making sure UCLA’s own efforts toward lowered auto emissions are accessible and well-advertised.

But in a city where the Metro misses many neighborhoods, giving up driving is easier said than done.

And if that’s the case for the Golden State, the rest of the nation seems grim.

UCLA Transportation said in an emailed statement it is committed to reducing greenhouse gas emissions from mobile sources and over 30% of all UCLA vehicles are electric. In addition, it said public transit is subsidized at UCLA and discounted passes are available for employees and students from several different agencies.

This is certainly admirable, but 30% isn’t a number that will be comforting to anyone, given the Intergovernmental Panel on Climate Change predicts between a 2.5 to 10 degrees Fahrenheit increase in global temperature in the coming century.

In addition, past programs by UCLA intending to provide alternate methods of transportation have fallen flat because of poor implementation and lack of public awareness – making it easy to question its ability to address this problem.

Subsidized public transit is great, but it’s not very effective when no one knows about it.

“I think UCLA could get it out there more through social media and that would really help,” Conti said. “Ads and commercials are really helpful, making sure that people see these offers a lot is important.”

It clearly isn’t enough to simply offer special deals and rewards for trying to limit emissions from transportation. People need to be educated about these offers in order to actually utilize them.

And when it comes to educating students, it’s easier than UCLA may think.

“Maybe during new student orientation, there could be a brief presentation about various forms of transportation available and how these methods can help the environment – then maybe more students would know about what they can do,” said Penelope Benetatos, a second-year chemistry student.

Students likely understand the environmental impact of their actions, but when it comes to limiting their contribution to vehicle emissions, UCLA needs to give them a nudge in the right direction. That is, onto a BruinBus.

Reimagining current transportation methods is an integral part of making sure our environment is protected and remains habitable.

“I think (auto emissions) are where most of the damage comes from, and if we could move into a more healthy and helpful type of system, it will lessen the climate change that is happening right now,” Benetatos said.

Currently, people living in LA County are exposed to 60% more pollution from vehicles than California’s average.

As the University of California perpetually surrounded by smog, UCLA should be more invested in the issue of eco-friendly transportation – especially if a sustainable LA goes beyond a PR-worthy grand challenge. The threat that vehicle emissions pose is as real and important as the one addressed by the UC’s divestment from fossil fuels and zero waste initiative.

It is fair to say that UCLA is working on tackling this problem – UCLA Transportation said it leads the nation in sustainable university fleets. In addition, the fact that UCLA supports the use of public transportation and limiting auto emissions is encouraging.

But its efforts alone will not amount to much if its student body can’t keep up. Bruins will no doubt utilize various forms of transportation in some way during their time at college – whether it be their own cars or an excess of Ubers. But UCLA has an opportunity to help determine whether that carbon footprint is dangerously large or not.

Educating Bruins early on in their undergraduate years can help them become actors in the fight to protect the planet moving forward.

With near-constant wildfires and ever-rising oceans, there is a lot at stake for the environment – and UCLA must rise to the occasion.

And if it sits around on this, worse will happen beyond a knock on its reputation.