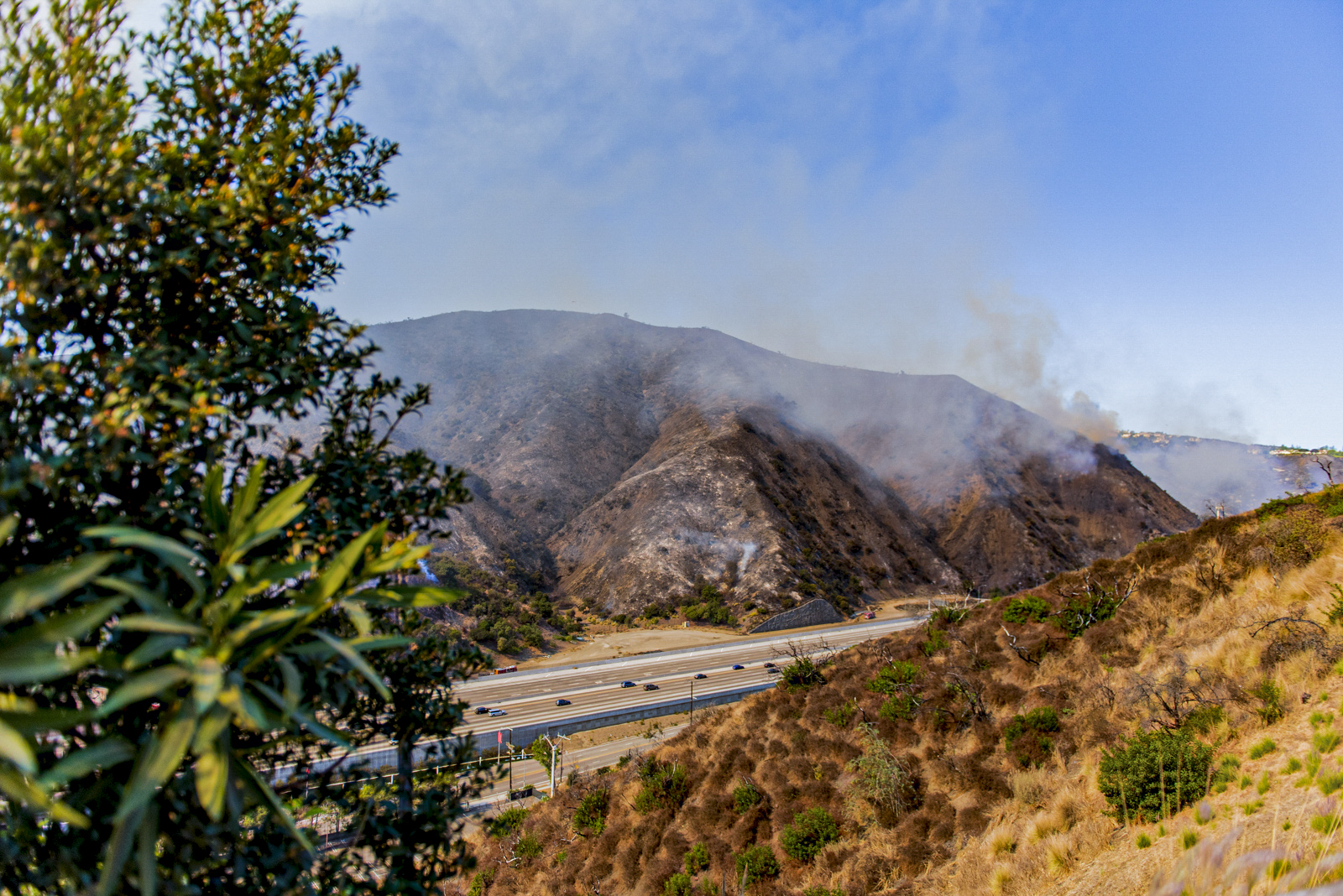 The Getty fire was sparked when high Santa Ana winds blew a tree branch onto power lines along the 405 Freeway. Incidents of utility-related wildfires was the focus of a new report released by Los Angeles Controller Ron Galperin on Wednesday. (Kanishka Mehra/Assistant Photo editor)

Ron Galperin, the LA controller or chief accounting officer, released his report assessing the fire safety efforts of the LA Department of Water and Power, the largest publicly owned utility company in the country, on Wednesday.

Power lines caused six of the last 10 most destructive wildfires in California since 2015, according to the California Department of Forestry and Fire Protection. More recently, a flying tree branch hit power lines along the 405 Freeway and sparked the Getty fire, which burned 745 acres and destroyed 10 residencies.

LADWP has 15% of its service territory and 18% of its transmission towers and power lines in high-risk wildfire areas, according to the report. Their infrastructure in these areas includes 49,000 utility poles. Most of those utility poles are wooden and 30% of them are at least 65 years old, the report read.

The report also found that LADWP has a backlog of over 1,000 maintenance orders related to fire safety. Although LADWP has taken steps to improve its infrastructure and plan for wildfire contingencies, the report recommends they take additional measures to monitor and prevent wildfires.

Galperin’s report called on LADWP to address all its outstanding maintenance orders in high risk wildfire areas. The report also suggested LADWP use drones, infrared cameras and more frequent inspections to discover equipment malfunctions before they cause fires.

To improve their inspections, LADWP should also use technology such as remote light sensing technology, geographic information systems, high definition cameras, weather stations and predictive analytics and artificial intelligence programs, according to the report.

These technologies could be used to prioritize strategic planning in wildfire threat areas, and the information gathered on utility-related fire incidents should be regularly submitted to the LA City Council and the Board of Water and Power Commissioners, the report read.

Lastly, the report recommended city leaders and LADWP consider establishing a wildfire insurance fund for public utilities. Over the next 100 years, LADWP has estimated it will incur yearly losses of about $42 million because of wildfires, according to the report. Such a fund would be similar to a state fund for private utilities which was established in July.