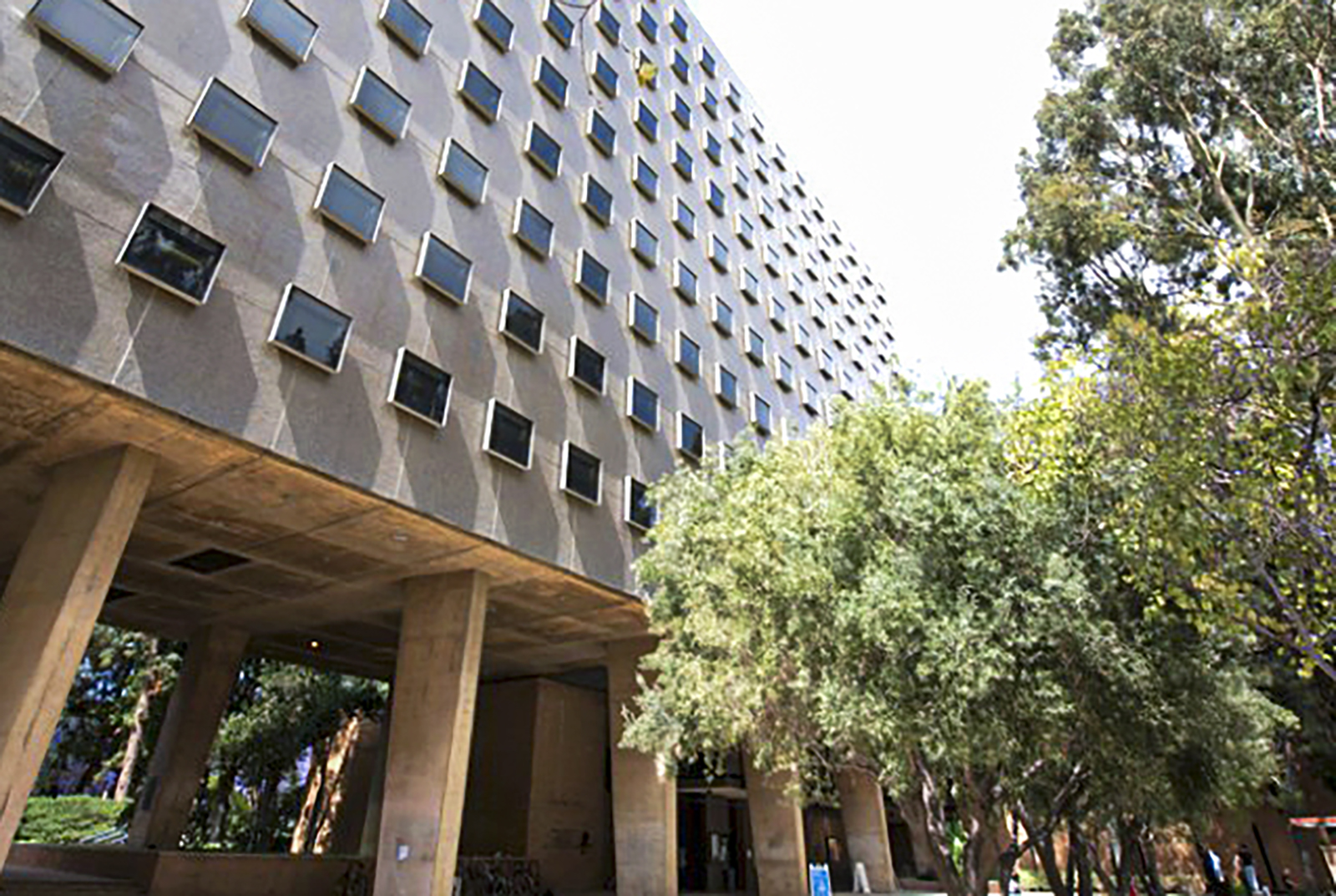 The Department of Chicana and Chicano Studies is housed within Bunche Hall. Department faculty took voted between Nov. 15 and Nov. 22 on whether to include Central American Studies in the department’s title. (Daily Bruin file photo)

The Department of Chicana and Chicano Studies voted Nov. 15 to expand its name to include Central American studies.

Expanding the name had been a subject of conversation for years among faculty and students, said department chair Eric Avila. The faculty of the newly named César E. Chávez Department of Chicana/o and Central American Studies voted overwhelming in favor of the expansion, with 15 votes for, one against, and one abstention.

“I do not see this vote as a victory for one group of people, but rather for our entire department, which retains its roots in Chicana/o student activism, but adapts to a changing set of social, political, and demographic circumstances,” said Avila in a department-wide email sent Monday. “It is also a victory for UCLA, which continues to strive towards full equity, diversity and inclusion.”

The department is also working on implementing a Central American Studies minor in addition to the expansion.

In an interview with the Bruin before the faculty vote, Avila said the motivation behind the expansion was to reflect the research the department has been working on over the past several years. The department has also seen a growing number of Central American students over the past 10 to 15 years, he added.

“In the past … maybe six months, eight months, as a faculty we realized that, as a first step towards a more perfect and more accurate name, it made sense to go with the inclusion of ‘and Central American’ into the existing title of our department,” Avila said.

Iris Ramirez and William Sanchez, members of the Central American Isthmus Graduate Association at UCLA, said although the faculty and students in the association have been working toward a name expansion for the past couple of years, they heard about the vote a week before faculty was set to vote on the matter.

CAIGA published an open letter Nov. 12 to the department faculty in support of the expansion.

Sanchez, a doctoral student in the department, said the expansion was important to him because his research is in Central American studies and because his family is from Honduras.

He added it is important to keep in mind the demographics of LA and the political and social context of the city when thinking about the name expansion.

Ramirez, another doctoral student in the department, said there is a lot of trauma tied to Central American students’ home countries because they have been dominated by foreign influences. She added that there is a need for healing and representation for those communities.

Edna Sandoval, the external community commissioner of UNICA, said while the student group is looking forward to the minor that will accompany the expansion, they will also continue to support the creation of a Central American Studies major.

Despite the support the expansion has received, Avila said there are some who think the name should not be changed or would prefer the name be something else. However, he added he thinks the department should be open to sharing its resources and title with Central American students.

“I think (Central American students) should find a home in the Department of Chicana and Chicano Studies, and we should learn about each other as Latino groups of people who are confronted with many of the same issues of social justice, of immigration, of immigrant rights, of (Deferred Action for Childhood Arrivals),” Avila said. “We believe that our department should be a place for kind of cross community conversations and learning and dialogue.”