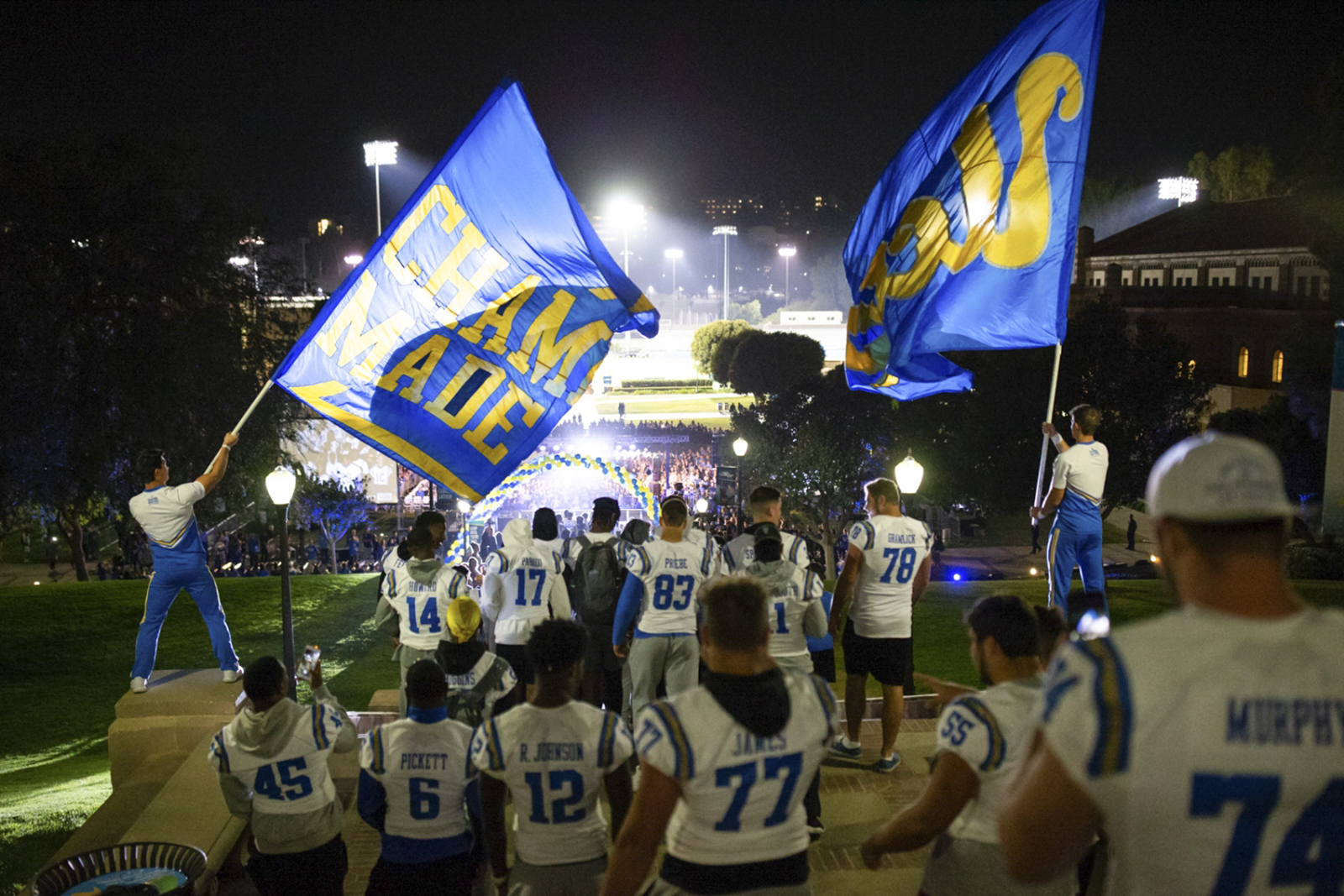 UCLA and USC have been rivals for as long as UCLA has existed. The prank wars have ended, but the football teams still compete for the Victory Bell every year. (Daily Bruin file photo)

It’s that time of year again, and we’re not talking about holiday lights or Thanksgiving turkeys.

It’s the time of year when black walls are erected around our beloved Bruin Bear and John Wooden statues; the season when tensions with our crosstown rival run high.

Or at least, they used to run high. The UCLA-USC rivalry has seen its ups and downs over the years, and it’s hard to say whether the school remains our bitter enemies.

According to a Daily Bruin article published in 2005, the UCLA-USC rivalry started just around when UCLA was first established. It described the rivalry between the two schools and its subsequent decline.

The article explains the rise in tensions between the two schools, which always surfaces when the annual football game approaches. The winner of the highly anticipated matchup takes home the exalted Victory Bell and, of course, bragging rights.

John Sandbrook, special assistant to the executive dean of the UCLA College at the time, shared that the tension in 2005 was nothing close to that of the previous century. He said that the rivalry used to be far more intense.

Back then, the UCLA-USC game frequently decided which team from the Pacific Coast Conference was allowed to participate in a bowl game. Additionally, the Los Angeles Memorial Coliseum held home games for not just USC, but UCLA too.

In the height of the rivalry, Bruins and Trojans resorted to a particular outlet for their school pride: pranks.

The first prank began after a 1941 game between UCLA and Washington State. Six Trojans stole a van containing the rightful property of UCLA: the Victory Bell. They kept and hid the bell for an entire year. Eventually, both undergraduate presidents agreed that the winner of the Victory Bell would get to keep it for a year and also paint it with their school colors.

[Related: The Quad: The psychology behind college rivalries]

Though an agreement was reached, this action started a long tradition of garish pranks.

In 1941, the Tommy Trojan statue got a fresh coat of blue paint and the Trojans retaliated by burning the letters “USC” into UCLA lawns. In 1958, Bruins schemed to drop manure on Tommy Trojan. They didn’t let the 100 USC student guards deter them, though, and did the logical thing to see the prank through: rent a helicopter.

In 1962, a group of Trojans came to UCLA’s campus to distribute flyers defacing the Bruin KELPS, a spirit organization that existed solely to pull pranks on USC. The KELPS retaliated by shaving a letter of “UCLA” onto each of Trojans’ heads. But it did not end there: Each Trojan was then painted blue, fed breakfast and tied to a flagpole before police intervened.

In 1989, one of the last major pranks at the time, saw hundreds of crickets released into a UCLA library during finals week by USC. Just because USC doesn’t need to study that much, doesn’t mean we don’t need to.

[Related: Throwback Thursday: History of the Victory Bell and the UCLA-USC prank war]

Pranks of this nature, or really of any nature, haven’t occurred all that often in 2019. Both schools took on a zero-tolerance policy that changed pranks from a rite of passage to a crime. The presence of Community Service Officers, university police and efforts from the Undergraduate Students Association Council have all contributed to a major decrease in the majesty and frequency of these schemes.

Years after the pranking glory days, students hold different opinions on the past shenanigans, some saying that it caused excitement and others, hatred.

While the blue tarps used to cover the Bruin Bear have matured into a thick, protective box, the rivalry has dissolved enough to allow the Daily Bruin and the Daily Trojan to create their first-ever collaboration issue this year. Editors from both universities worked together to create an issue that will grace the newsstands at both universities.

The class of ’89 may have been horrified by this prospect – but as they say, keep your friends close and your enemies closer. 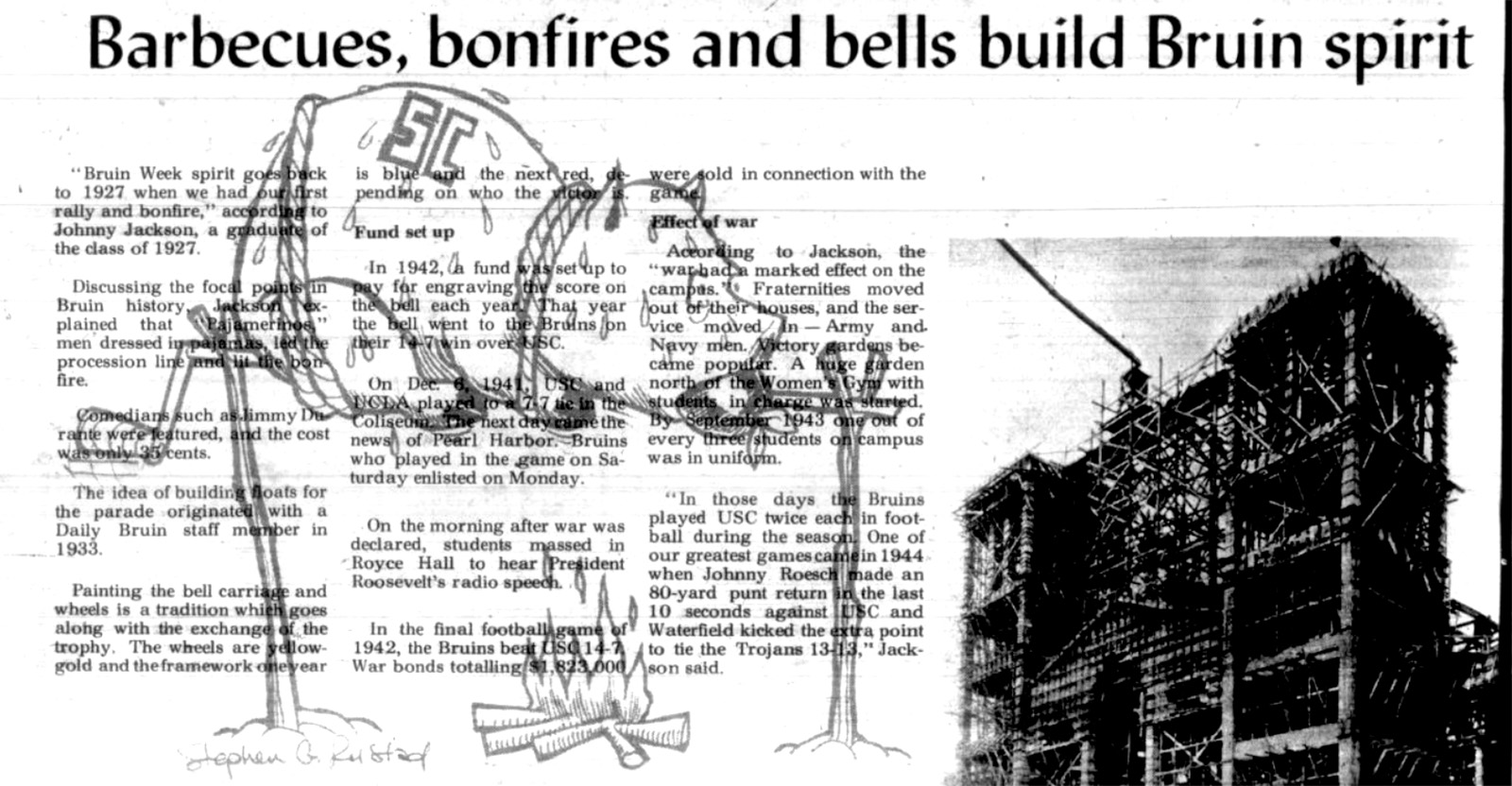 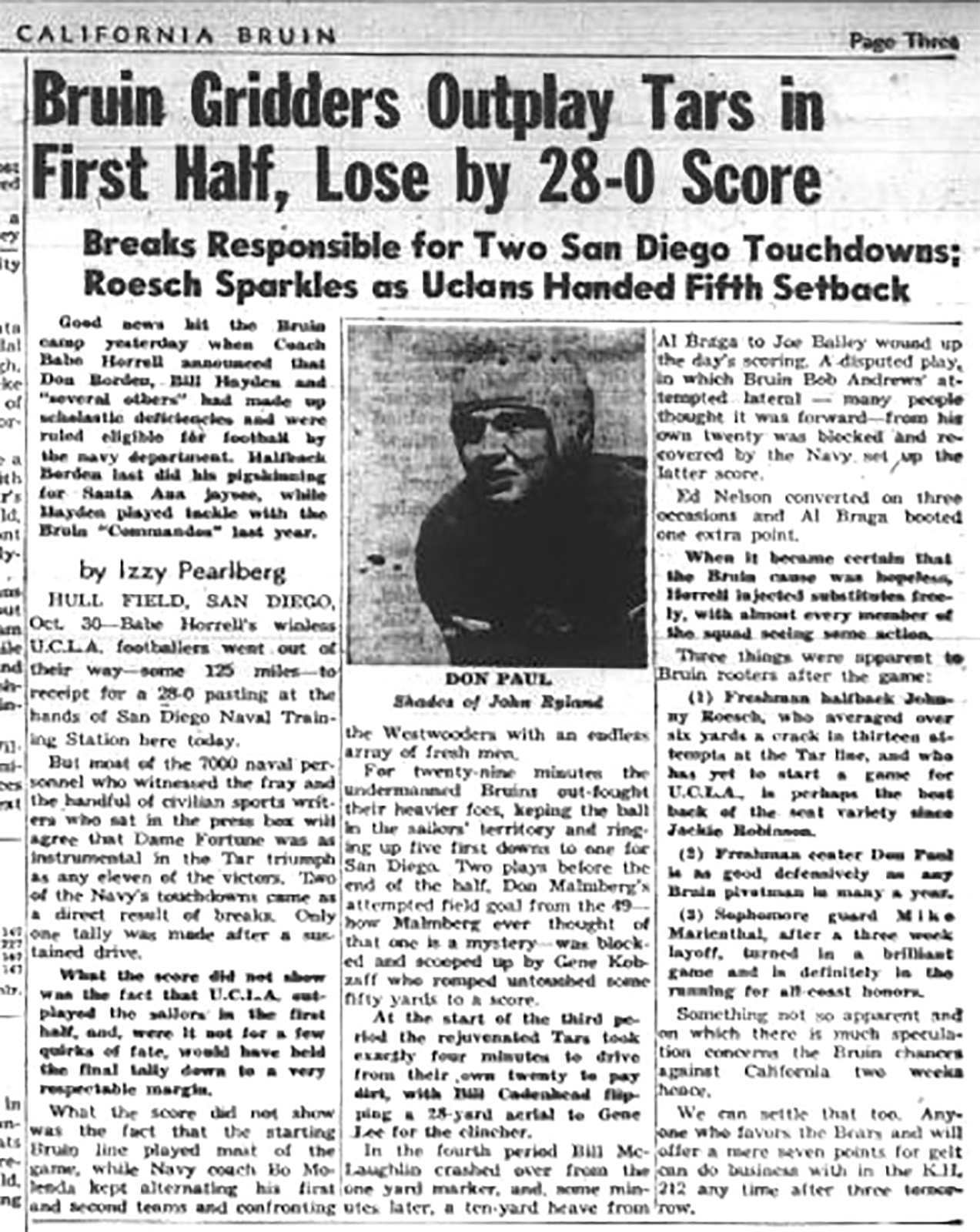 Throwback Thursday: At 0-5, UCLA football is at its worst season start since 1943