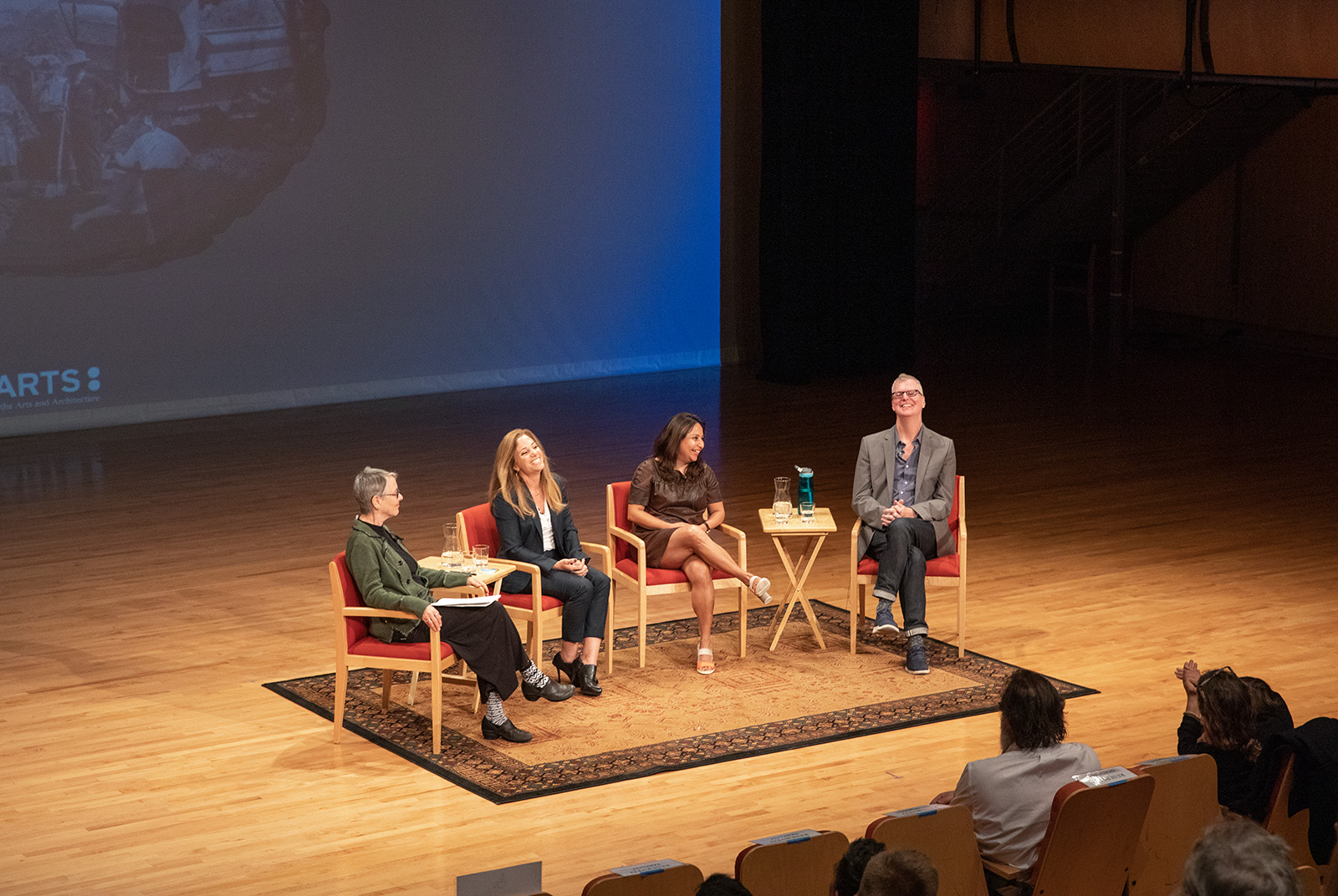 Panelists at the eighth lecture in the “10 Questions: Centennial Edition” lecture series discussed what makes a community and how communities can be both inclusive and exclusive. (Courtesy of UCLA Arts) 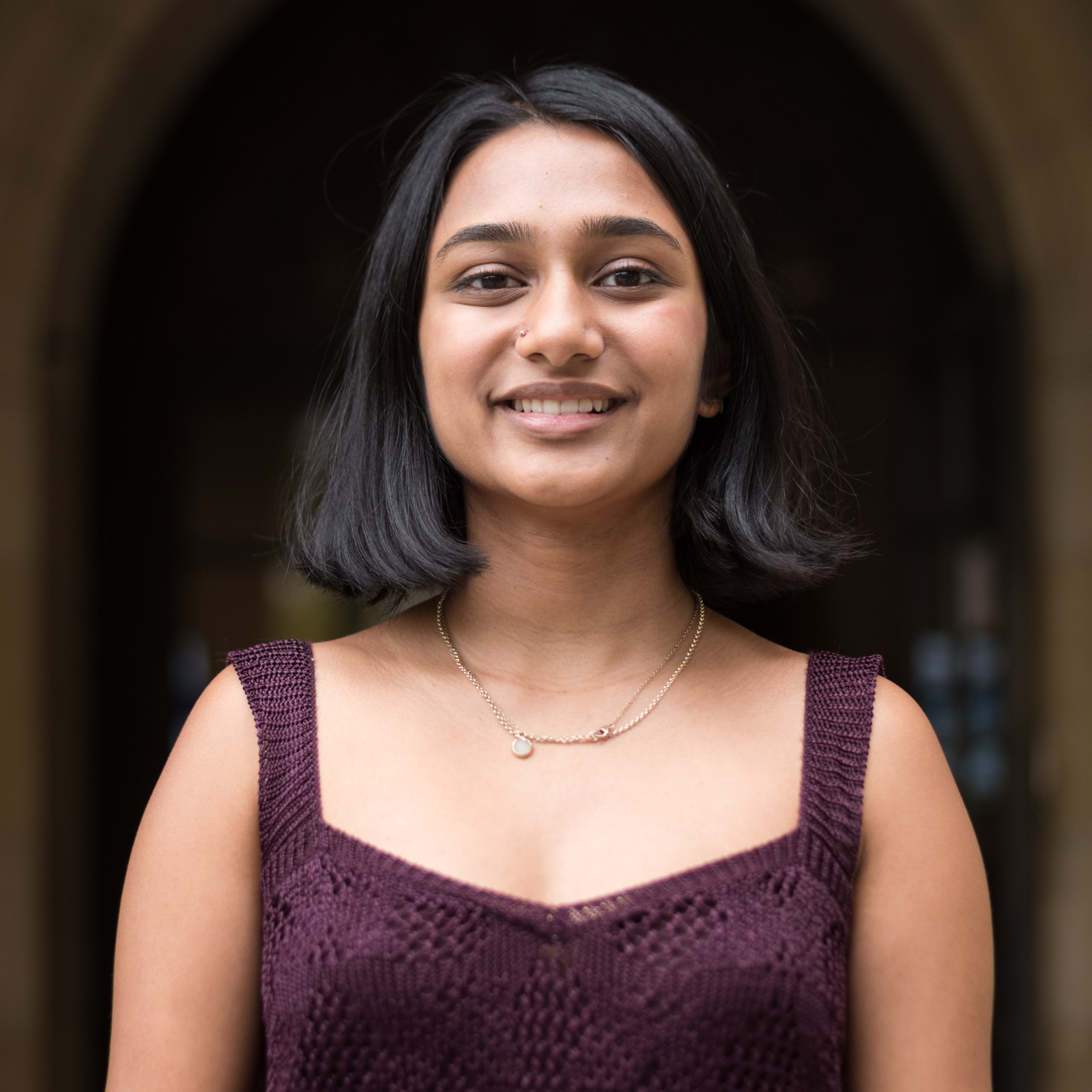 UCLA professors used the shape of a circle as a symbol for the double-edged nature of community at a campus event Tuesday.

Kevin Kane, a lecturer in world arts and cultures/dance, showed a photograph of people holding hands in a circle to begin to answer the question, “What is community?” at the eighth lecture of the “10 Questions: Centennial Edition” lecture series.

“There’s no beginning, there’s no end,” Kane said. “Everyone can be seen. There’s an opportunity for everyone to lead and to follow.”

He also used a circle as a metaphor for how community can be exclusionary.

“It’s also a place where not everyone can get in once the hands are held,” Kane said. “Not everyone can join unless we open hands and let people join us. So it can also be a wall unless we’re really conscious and careful.”

Kane, along with Ananya Roy, a professor of urban planning, social welfare and geography and alumna Jennifer Ferro, president of public radio station KCRW, formed a panel from a wide variety of disciplines, including the humanities, arts and media, to answer the question.

The “10 Questions” series doubles as a course known as Arts and Architecture 100: “Selected Topics in Arts: Ten Questions: Centennial Edition” and a public panel, discussing one open-ended topic each week from the perspectives of multiple disciplines.

The panelists discussed how to practice community as an action and what building community means in Los Angeles.

Roy, who has also spoken in a previous “10 Questions” lecture in 2018 about “What is freedom?” said she thinks community is formed through political struggle.

In her research on informal settlements in Kolkata, India, Roy said she encountered impoverished women on the trains who did not know each other but banded together in their refusal to buy tickets, insisting that it should be a public good for those too poor to pay the daily fare.

“The conditions of their lives are agonizingly similar, and it is from this strange familiarity that they found political struggle and the sense of community,” she said. “And it is in community that they critique capitalism and patriarchy.”

Ferro said radio allows people to be a part of a community while completely by themselves. Even though it’s one-way and virtual, it’s still powerful, she added.

She said a part of community is a notion of belonging and that can sometimes be exclusionary, as people who are not a part of the community might ultimately be deemed less human. Ferro said public radio guards against this by being free and accessible to everyone, a community service.

Kane said he thinks identity often comes from community as well as the other way around. However, he said communities that are intentionally created, as opposed to the ones that are inherited, are more often more effectual.

“I guarantee you there are dance teams practicing in the parking lots underneath us,” Kane said from the theater in Kaufman Hall. “Right now they’re choosing to be there, so somehow their identities are formulating in community with others who are interested in some of the same things.”

Roy said during her daily commutes, in which she traverses across many community borders, she realized community in LA is created through sustained effort.

“One of the ways in which one builds community in LA is by showing up, by actually driving or taking public transportation, whatever it is, but being physically there by showing up repeatedly, right?” Roy said. “In other words, you can’t just plop yourself into those spaces and say, ‘Here I am.’ It is meticulous, diligent practice.”

People who attended the event said they enjoyed the different perspectives presented in the lecture.

Paul Mendoza, a UCLA alumnus who attended the lecture, said he liked when the panelists spoke from a more vulnerable place about what community meant to them as young people.

“I feel like talking about community was very top level, like this is what it is structurally and what it is to people, something that’s bigger than us,” he said. “But … to also think about, ‘Oh, well this is definitely what it meant to me at a certain point in time,’ like when you’re young, you’re still studying and in school trying to figure stuff out.”

Rachel Tokofsky, a first-year world arts and culture student who is not in the course, said she found the lecture interesting and looked forward to when she could take the upper division “10 Questions” course.

The “10 Questions” lecture series takes place every Tuesday in Kaufman Hall until Dec. 3.