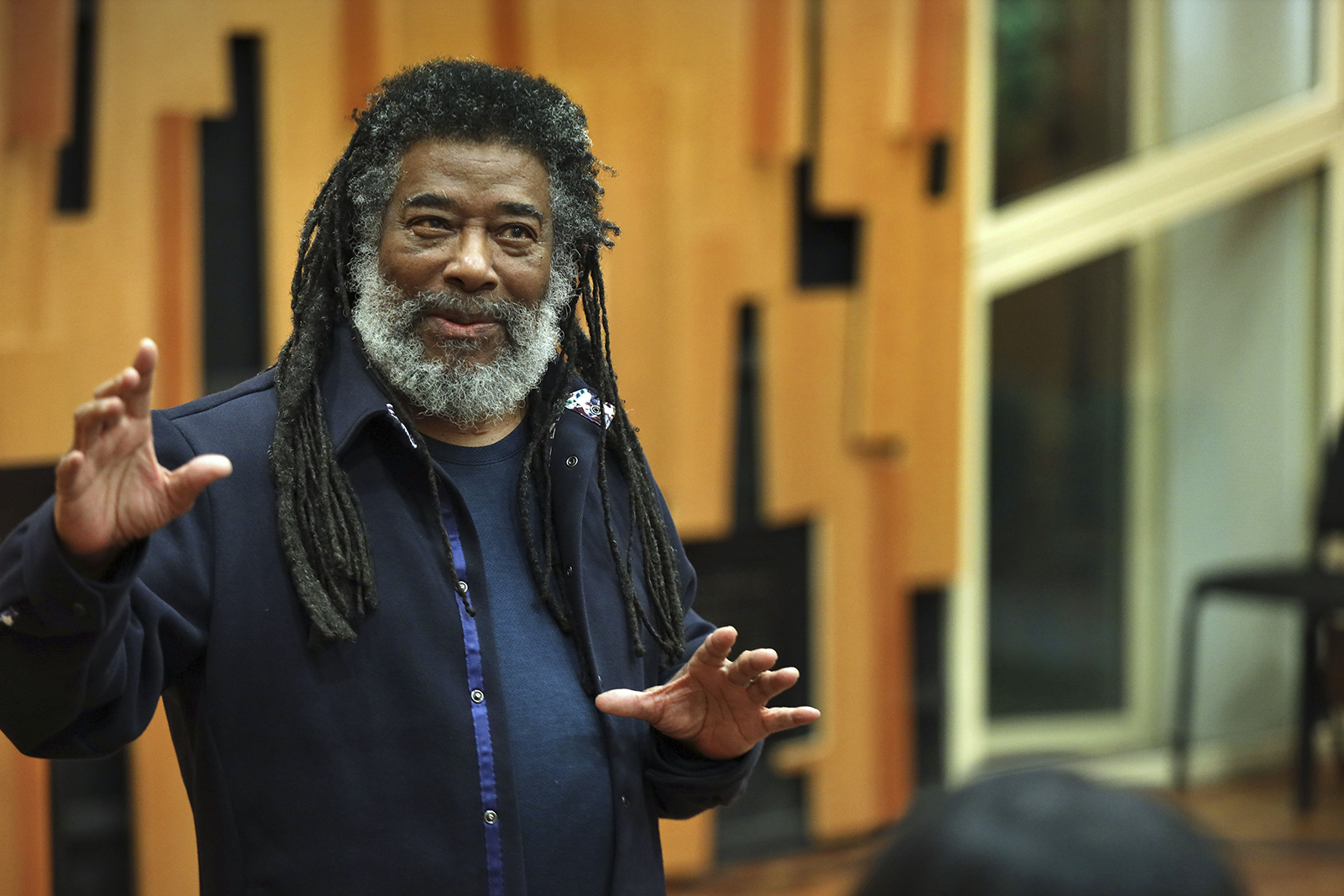 Wadada Leo Smith, a trumpet player and composer, received the UCLA Medal on Nov. 8. When he performs, he intends for his audience to connect with his music, he said. (Courtesy of Juan Tallo)

By Ashley Kim and Qiaozhen Wu

The UCLA Medal is UCLA’s highest honor. Established in 1979, it is awarded to those who achieve in their fields and who represent the ideals of UCLA.

This year, the award was presented to novelist John Rechy and musician and composer Wadada Leo Smith.

John Rechy has always tried to be truthful in his writing.

”Some people might say that I’m too truthful,” he said.

Rechy, a pioneering writer in gay and Mexican American literature, received the UCLA Medal from Chancellor Gene Block on Oct. 24 at Royce Hall in honor of his influential career. Rechy has written 18 books and won awards including PEN Center USA West’s Lifetime Achievement Award and the Robert Kirsch Award for lifetime achievement.

Rechy was born in El Paso, Texas to a poor Mexican immigrant family. He said he knew he wanted to be a writer at a very young age, writing his first story at 6 years old. He said his love of reading, especially comic books, had a great influence on his writing.

“I was constantly reading,” Rechy said. “I loved reading everything from Marvel comic books to restaurant reviews. My favorite was Batman, and I learned how to build suspense in stories from Bob Kane’s narratives.”

Rechy is best known for his novel “City of Night,” a novel about a young gay hustler’s travels across the United States. The novel is known as one of the first books that depict the homosexual experience openly through literature, according to the Los Angeles Review of Books.

Rechy said he cherishes the honor of the medal because it recognizes both the social influence and the literary value of his work and his teaching.

“When I wrote ‘City of Night,’ I was mostly excited about my writing techniques, but after it was published, the criticism was dominantly about the content (regarding homosexuality),” Rechy said. “My writings are both political and literary. And that is the beauty of awards like the UCLA Medal that both values my political influence, and my literary output and teaching.”

Rechy said as an author who writes about minority communities, his identities of being gay and Chicano are crucial for staying truthful in his writing. However, shedding the labels of “gay writer” and “Chicano writer” has been a struggle throughout his career, he said.

“I’m a champion of difference, and I will always cherish that in my writings, but my struggle was to shed the labels,” Rechy said. “I don’t like being called a ‘gay writer’ … or a ‘Chicano writer,’ although these are my backgrounds and what I mostly write about. However, at the core of it, I’m against any kind of tyranny toward minority groups and discrimination.”

Rechy said although there is greater diversity and acceptance of minority groups nowadays, he still finds some of the new language toward these groups limiting and problematic.

“Old labels might be gone, but there are always new ones,” Rechy said. “And they are still labeling people. … For example, instead of gender binary, we now have terminologies like ‘cisgender,’ ‘transgender’ or ‘gender fluid.’ These mean more diversity, … but I think labels always take away certain subtleties no matter what they are.”

Rechy added he would encourage young writers to never stop writing about their experiences and to remember that writer’s block is a myth that can be overcome.

“I know that facing a blank page can be scary to anyone, (but) writers’ blocks are for the ones that are either too scared or just lazy,” Rechy said. “If you don’t know how to start, just start by writing the parts that you most care about. The first part of ‘City of Night’ that I finished is the ending.”

For Wadada Leo Smith, music provides a space to create and the ability to impact the community of people his music reaches.

Smith, a trumpeter, composer and music creator, was honored with the UCLA Medal by Chancellor Gene Block on Nov. 8 at the UCLA Herb Alpert School of Music for his decades-long career in music and cultural-defining influence in art.

He was a finalist for the 2013 Pulitzer Prize in Music.

Born in Leland, Mississippi, Smith started what would be a five-decade-long career in music not with the trumpet that he would later be known for, but with an instrument called the mellophone, a three-piston instrument similar to the French horn. He came upon the trumpet by chance.

“I never asked for it, I never thought about it, but I just got it,” he said.

However, he said he had a natural affinity and the right physique for the trumpet, which became quickly evident to him and his school music instructors.

“The moment I started playing (the trumpet), I started to compose as well,” he said. “So they both came together with me, the trumpet and composing.”

Smith added he believes it is important to nurture creation for the sake of the artistic community. Creation is something that involves everyone – both the artists and the audiences – it’s not a one-sided process but rather a reciprocal one, he said.

He said he applies this to the manner in which he creates and in his expectations for his audience. Smith added that when people attend his performances, he hopes they will leave everything outside the performance space since they are key participants in the process of creation.

“That stepping over the threshold means that everything that was connected or with you at that moment before you step over is left outside,” Smith said. “So you get this family, a family from all walks of life, all notions about what this creation means, including music. They produce or provoke as much of what’s happening on stage as the performers do.”

Smith’s musicality and creativity inspire his listeners to contemplate creation, not just improvement and composition, said Eileen Strempel, dean of the UCLA Herb Alpert School of Music, in an emailed statement.

“In doing so with such ineffable care and intention, he encourages our ears and hearts to re-hear music and artistic creation in a timeless yet new manner,” Strempel said.

For Smith, humans create art to parallel the spiritual creation of the cosmos.

“I kind of designed the notion of (creation) to match that creation that took place in the very beginning,” Smith said. “But (creation) for human beings is their way of matching this kind of cosmic notion of creation, and therefore I call what I do ‘create.’”

Smith said he sees the UCLA Medal as a way for him to encourage the next generation of artists and to act as a trailblazer for those who will follow him.

“It lets other people who are moving across this artistic path know that all they have to do is keep doing what they’re doing, and, at some point, that stretch and motivation is going to generate some results,” Smith said.

At the core of Smith’s philosophy is the idea of getting in tune with oneself and drawing inspiration from within and around. He said artists should let go of the outside world, close their eyes and refocus on creating.

“Because inside of (yourself), you’re gonna get these things coming through and from outside of you, and that’s a stream of inspiration that’s in the air and space and all around us,” Smith said. “We don’t own it, it’s something that’s out there that all of creation is experiencing – this moment of inspiration.” 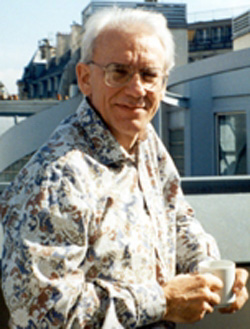