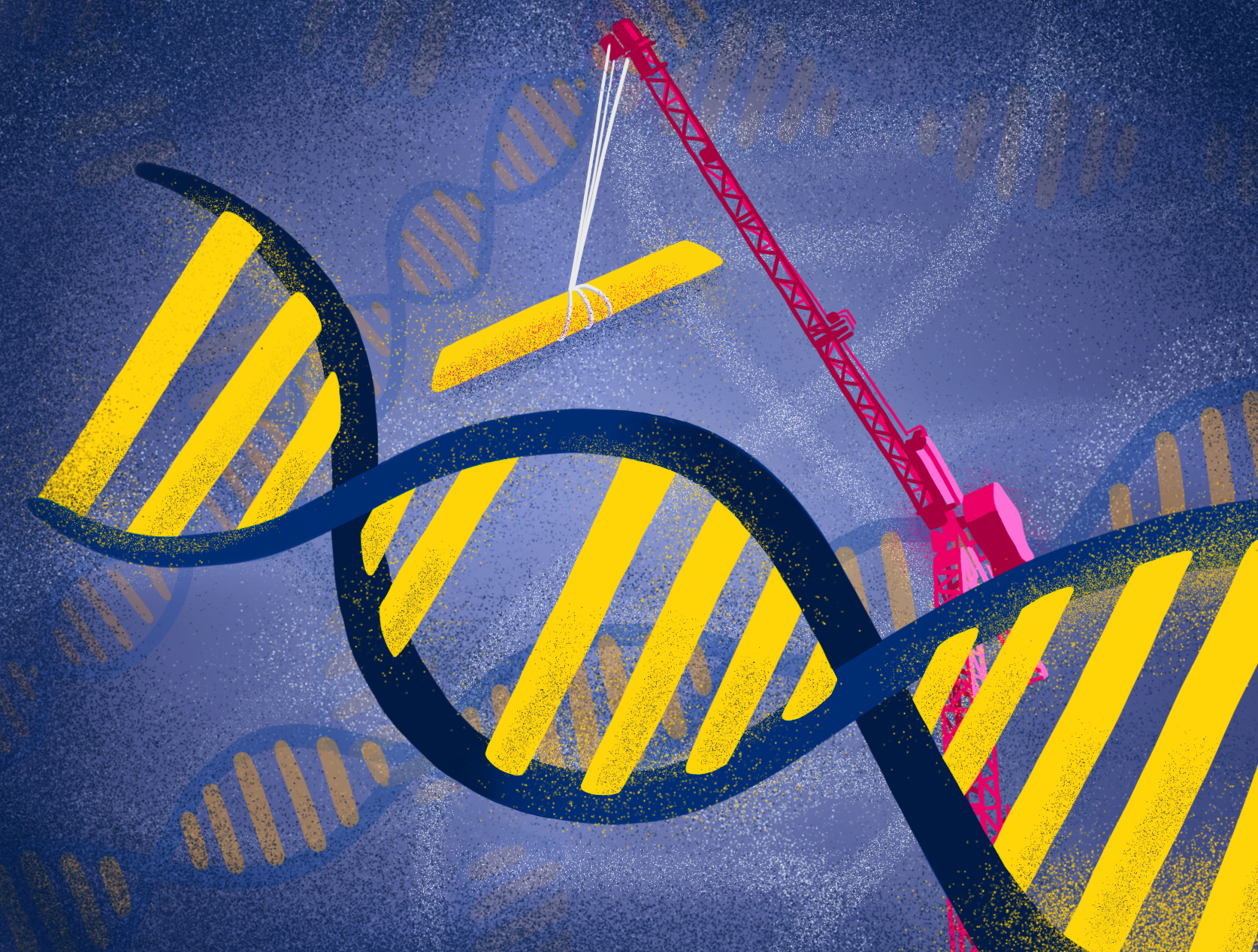 The Cram lecture series, a quarterly departmental event, invites prominent academics in the field of chemistry to speak about their research. The series is dedicated to Donald J. Cram, who was a Nobel laureate and a chemistry professor at UCLA for over 50 years.

This fall, the series was hosted by UCLA chemistry professor and Cram Chair Patrick Harran.

Scientists use CRISPR technology, formally known as CRISPR-Cas9, to modify DNA sequences and gene functions. Cas9 is a protein that can act like molecular scissor to cut the strands of DNA.

CRISPR is studied and used by students, scientists and researchers to advance progress in the field of gene editing, in medicine and the life sciences.

The UC holds the largest CRISPR patent portfolio in the nation with 16 total patents, according to a UC Berkeley press release.

The United States Patent and Trademark Office granted the UC, along with the University of Vienna and Emmanuelle Charpentier, the director of the Max Planck Institute for Infection Biology, its 16th patent in October.

Doudna’s involvement in CRISPR technology began around 2005, when a professor at UC Berkeley, Jill Banfield, invited Doudna to help her with research into the mechanism. From there, Doudna teamed up with Charpentier, who was working with a CRISPR system and its associated protein, Cas9, in 2011.

Doudna is one of the creators of the CRISPR utility for the permanent excision of harmful genes. Doudna said that she developed the idea for the CRISPR technology in 2011 in collaboration with Charpentier.

During the lecture, Doudna detailed how scientists regulate CRISPR enzymes to modify DNA.

CRISPR is a portion of the bacterial genomic sequence that acts as an adaptive immune system, Doudna said.

Bacteria encode the CRISPR system through viral infections, which allows its genome to recognize foreign DNA insertions. These DNA sequences incorporate themselves into the bacterial genome at the CRISPR locus, a genetic database of past infections.

Doudna said this locus was of unique interest to her.

“Those sequences, called CRISPR, are transcribed in RNA molecules that provide the zip codes for … Cas proteins, allowing them to recognize foreign DNA and cut it up,” Doudna said.

Doudna and Charpentier, with the assistance of their team, were able to realize that CRISPR RNA is a 20-nucleotide sequence, which interacts with DNA in a complementary fashion.

This complementarity allows the protein to form a double-stranded break in DNA, necessitating a second RNA – tracrRNA – to form this functional unit, Doudna said.

“And it was (biochemist) Martin Jinek in our lab … who figured out that you could combine these two RNAs into a single guide RNA,” Doudna said.

From this experiment, Jinek found that single guide RNAs were used by Cas9 to excise DNA at specific sites in a plasmid, a circular piece of bacterial DNA. The revelation from this was that, upon excision, DNA would repair itself in animals and plants, Doudna said.

Doudna said at the end of her talk that the system is becoming increasingly important in the field of medicine, and is currently being used at UCLA, by Donald Kohn, a professor of microbiology, immunology and molecular genetics.

“We’re within about five years, maybe less, from being able to make, essentially, any change to any genome in any type of cell,” Doudna said.

Doudna stressed that this ability to make changes in the genome comes with bioethical responsibility for genome editing in humans.

Fourth-year biochemistry student Jeremy Shek, who attended the event, said although he had done a project that was an offshoot of CRISPR, he had not heard of the progress Doudna discussed.

“It is important to be informed on advancements and progress in the field,” he added.

Fourth-year bioengineering student Timothy Yu said he came to the lecture to see Doudna in person and get a more solid grasp on the methodology of CRISPR.

Lexi Omholt, a fourth-year microbiology, immunology and molecular genetics student, said that she came to the talk to understand the basis of CRISPR technology.

“Jennifer Doudna was one of the reasons I chose my major,” Omholt said. “At that time, CRISPR came into popular knowledge, and the knockout tool was just coming into use. I am involved in a cancer lab, the Soragni Lab, that uses CRISPR-Cas9 on a regular basis.”