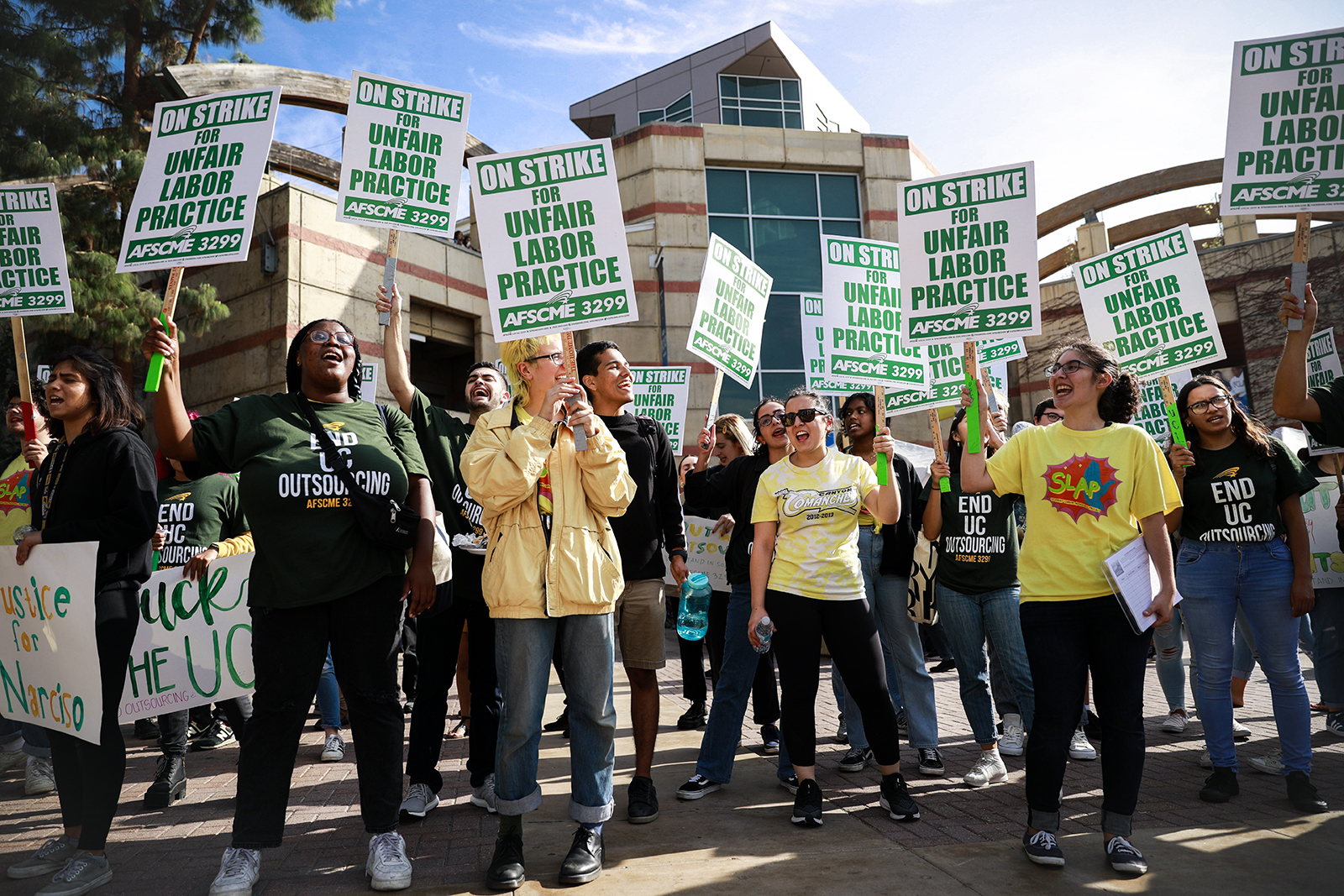 The American Federation of State, County and Municipal Employees Local 3299 went on strike Wednesday in protest to outsourcing practices by the University of California. On Thursday, the UC passed a policy to reduce the number of low-wage, outsourced contract workers it employs. (Tanmay Shankar/Assistant Photo editor)

The University of California promised to reduce the number of low-wage, outsourced contract workers it employs in a policy adopted Thursday. The UC’s largest employee union remains unsatisfied.

“A ‘policy’ isn’t worth the paper it’s printed on unless it is actually enforced,” read a statement issued the same day by the American Federation of State, County and Municipal Employees Local 3299.

The UC Board of Regents passed the new policy at its meeting at UC San Francisco a day after AFSCME Local 3299 held a strike to protest what it called the “unfair, unsafe and often illegal” practices the UC engaged in while outsourcing jobs.

UC President Janet Napolitano said in the regent’s meeting Wednesday that the proposed policy limits job outsourcing and fully adheres to California’s state laws and policies on the practice.

“The policy significantly limits the use of outside service contracts to specific, identified circumstances that are fully aligned with the state’s requirements and the California government code,” she said.

Further, in the case that a full-time employee of the UC is displaced by a temporary worker, the policy mandates that the employee be offered a comparable position within a 10-mile radius of their original job, Napolitano said.

AFSCME Local 3299 claims the University’s history with unions makes it clear that the only reliable steps the UC can take to limit outsourcing would have to be through legally binding contracts or state legislation. The University policy passed by the regents would not be legally binding.

The statement claims that in the past, the UC has failed to adhere to its own policies, including its much-celebrated $15 minimum wage policy. An investigation of the UC’s 2017 internal audit by California-based Mercury News revealed that at least some workers continue to make less than the policy’s minimum wage.

“The (UC) has yet to offer a meaningful contract proposal on outsourcing, and no bargaining dates are currently scheduled,” the AFSCME Local 3299 statement read.

The Wednesday strike was the sixth in two years AFSCME Local 3299 has held. Its fifth strike was held in April over the alleged intimidation of union members who previously went on strike.