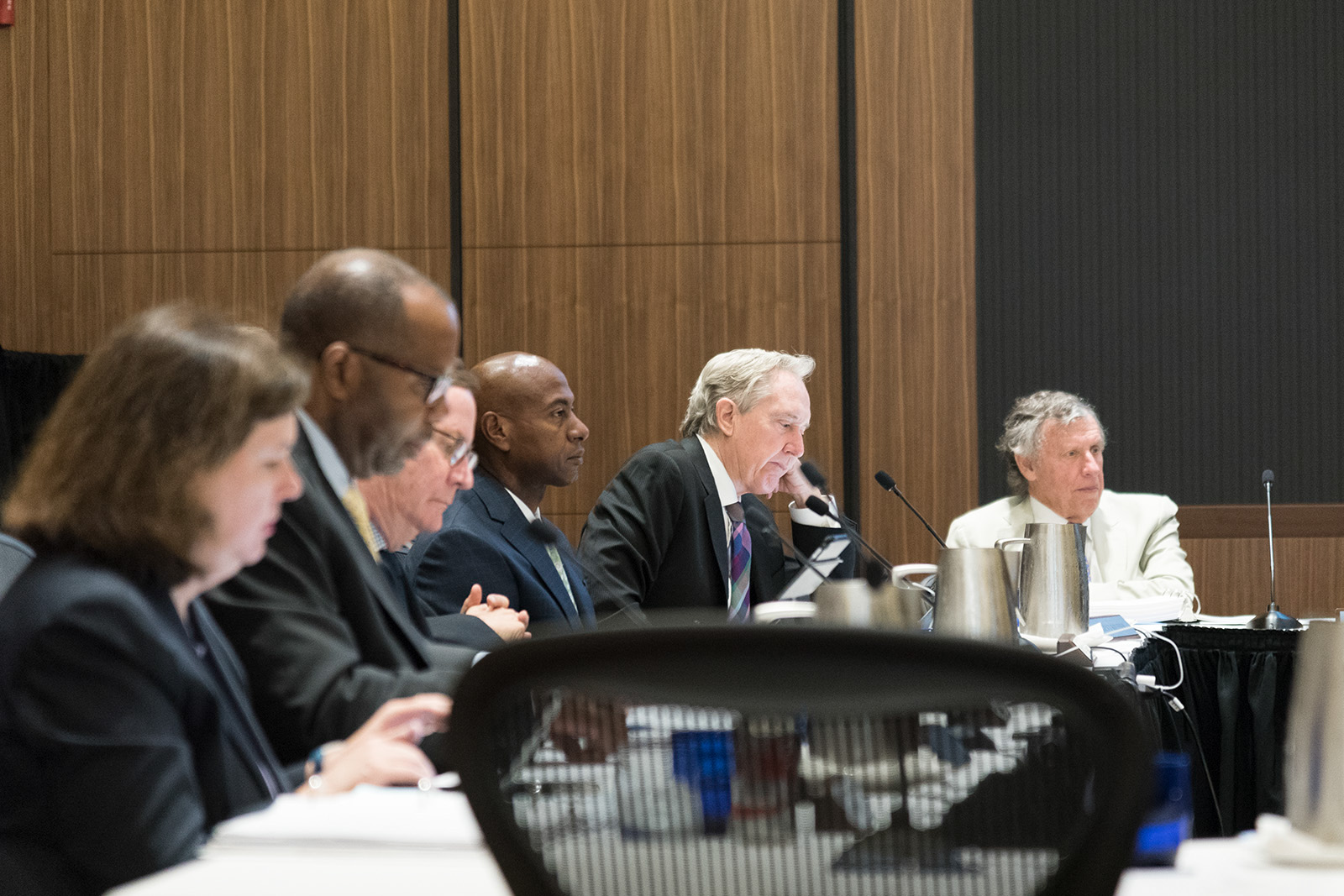 The governance committee of the University of California Board of Regents approved a motion to greatly restrict the outsourcing of employees at the second day of its November meeting. American Federation of State, County and Municipal Employees Local 3299 went on strike the same day over concerns about outsourcing at the University. (Daily Bruin file photo)

The governing board of the University of California met for the second day of its November meeting Wednesday. The Board of Regents discussed potential improvements to the UC Education Financing Model, better ways to accommodate underrepresented student groups and reforms to environmental policy.