UCLA students politically disengaged, lack of slates may be to blame 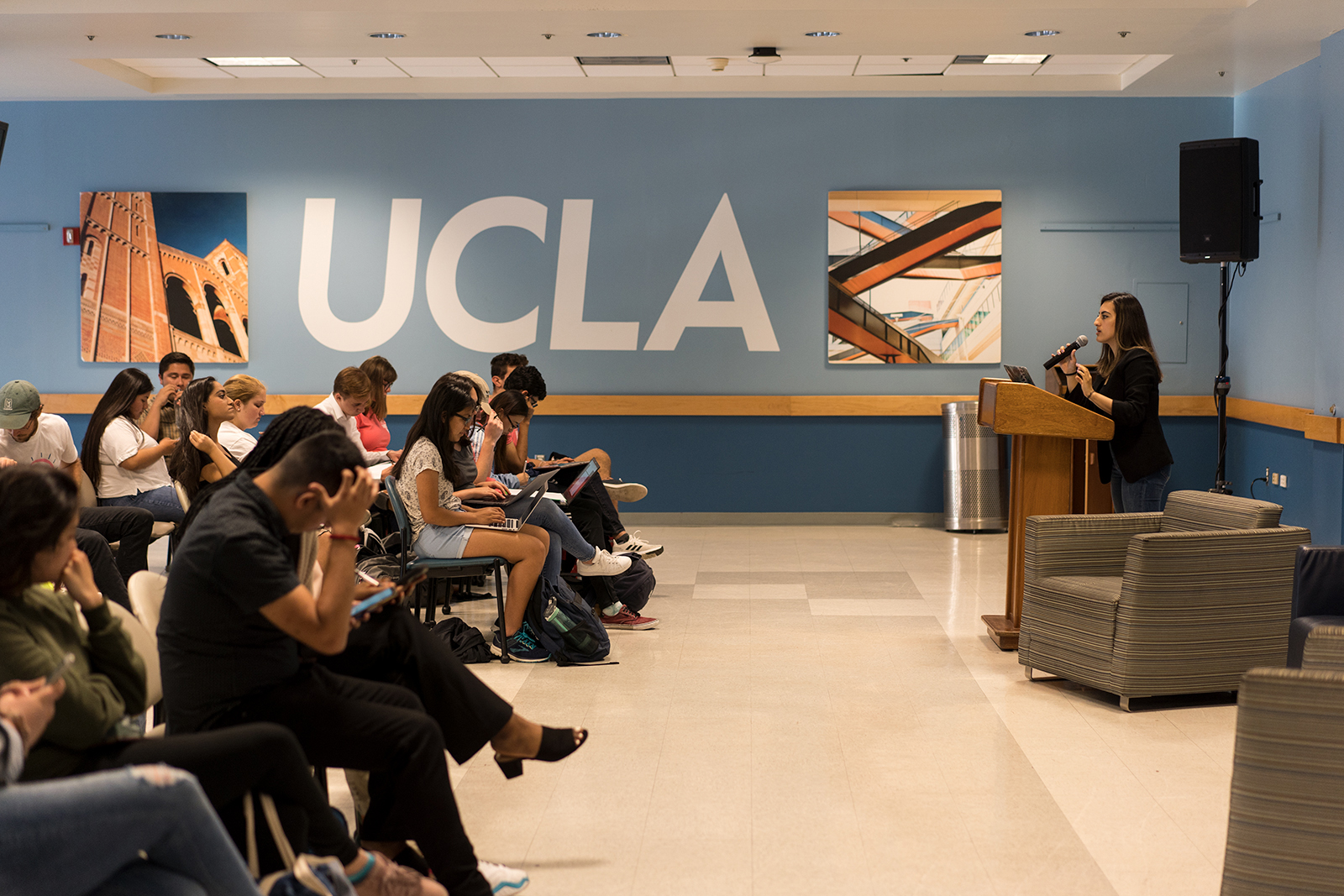 Not everyone’s a fan of divisive party politics, but bringing them back to UCLA might actually help students voice their vote.

Because, for a campus committed to activism and as one that is the site of many protests and strikes, UCLA students have been less involved in politics than ever before.

Well, in campus politics, that is.

While partisanship and political involvement have been heating up on the national scale, voter turnout for Undergraduate Students Association Council elections on UCLA’s campus has taken a nosedive.

And the decrease in political slates might be to blame.

Slates are, in essence, the USAC equivalent to political parties – they offer consistent transparency and insight into what the coalition and their candidate represent. But with political slates being marked only by their scandals and gossip, their credibility has become all but obsolete, opening the floodgates for more outsider candidates.

But a decrease in party politics hasn’t necessarily helped voter turnout – or the student representation that comes with it. For the first time since 2014, a special election had to be held to fill empty seats. Only 9% of students voted, down from 13.6% in the 2014 special election.

This shift away from slates has already redefined USAC politics. In the recent fall special election, all candidates ran as independent. And independent candidates aren’t bad – they’re just too much for students to keep track of.

To reinstate a culture in which students care about campus politics, slates at UCLA need to redefine the campus policies they stand for and better advertise those policies to students. Slates have the power to bring information to the student body about what USAC is voting on and doing for its constituents throughout the year. Students know their votes matter, but they don’t know who they should go to without well-defined slates.

While an individual student is unlikely to learn about every independent candidate’s platforms, they would most likely recognize a slate’s name.

Eva Kaganovsky, a second-year physiological science student, has not voted in any USAC elections since she started at UCLA because she’s unaware of what any currently active slates stand for.

“I just think (slates) need to get their name out there. I know there’s signs going up on Bruin Walk, but that’s about it,” Kaganovsky said. “I’m on campus every single day, so I think they need to put banners in more places and even flyering on Bruin Walk would be a pretty easy way.”

Independent candidates may be able to operate under visions that are solely their own, but without slates to back them, they are unable to foster and maintain student support prior to the short election season.

Students at UCLA will not understand the importance of student government if they only hear about it for one month out of the school year, as proven by recent voter numbers.

However, some students don’t believe that slate politics are the best way to increase voter turnout.

Kaila Ralph, a third-year public affairs student and legislative director for the USAC External Vice President’s office, knows little about which slates are still active at UCLA. While Ralph agrees that slate politics lend themselves to more engagement, she takes issue with their history.

“It’s hard to engage 30,000 students, and there has been lower voter turnout in general in the United States and on campus,” Ralph said. “Perhaps slates can fix that because they have name recognition, but honestly, the slates were pretty toxic.”

Robert Watson, a fourth-year political science student, became the first independent candidate in 19 years to win the USAC presidency when the student body voted him into office last spring.

Well, the majority of the 16.18% of the student body that actually voted.

“I think one of the benefits of parties is they got people engaged,” Watson said. “We don’t have those parties anymore, at least right now, that have this large yearlong social engagement.”

And it’s true – students aren’t engaged, but that’s partially because students who don’t already have connections to slates have no way to access them.

Websites and social media accounts for UCLA slates are hard to find, and when found, are inactive or have very little engagement – despite the slate itself currently holding seats within USAC.

In today’s world, it takes very few resources and little money to spread beliefs and views, meaning a slate could easily make their politics accessible and well-known to many students. Alexandria Ocasio-Cortez rose from obscurity to become a powerful U.S. congresswoman through a grassroots and social media campaign that has resulted in nearly 6 million followers on Twitter. A group of UCLA students could go from being frustrated peers to having a strong political presence on campus with a few tweets or an online profile.

In the past, some students have fought against slate politics because of the slates’ exclusive nature and the privileged perspectives they’ve boasted. While the flaws of past political slates cannot be ignored, they can serve as an example of what not to do in creating an improved system.

It’s fair that UCLA’s campus doesn’t want or deserve political parties that came out of fraternity houses or representatives that throw gang signs, but students do need organizations that operate throughout the year and create buzz about campus politics.

With USAC offices opening up in the spring and less competitive elections becoming the norm, USAC is in a prime position to redefine, and, more importantly, advertise political slates moving forward.

Strong political affiliations have awoken a voting movement in America.

Similarly, partisanship is what could unite UCLA students in becoming active campus voters. 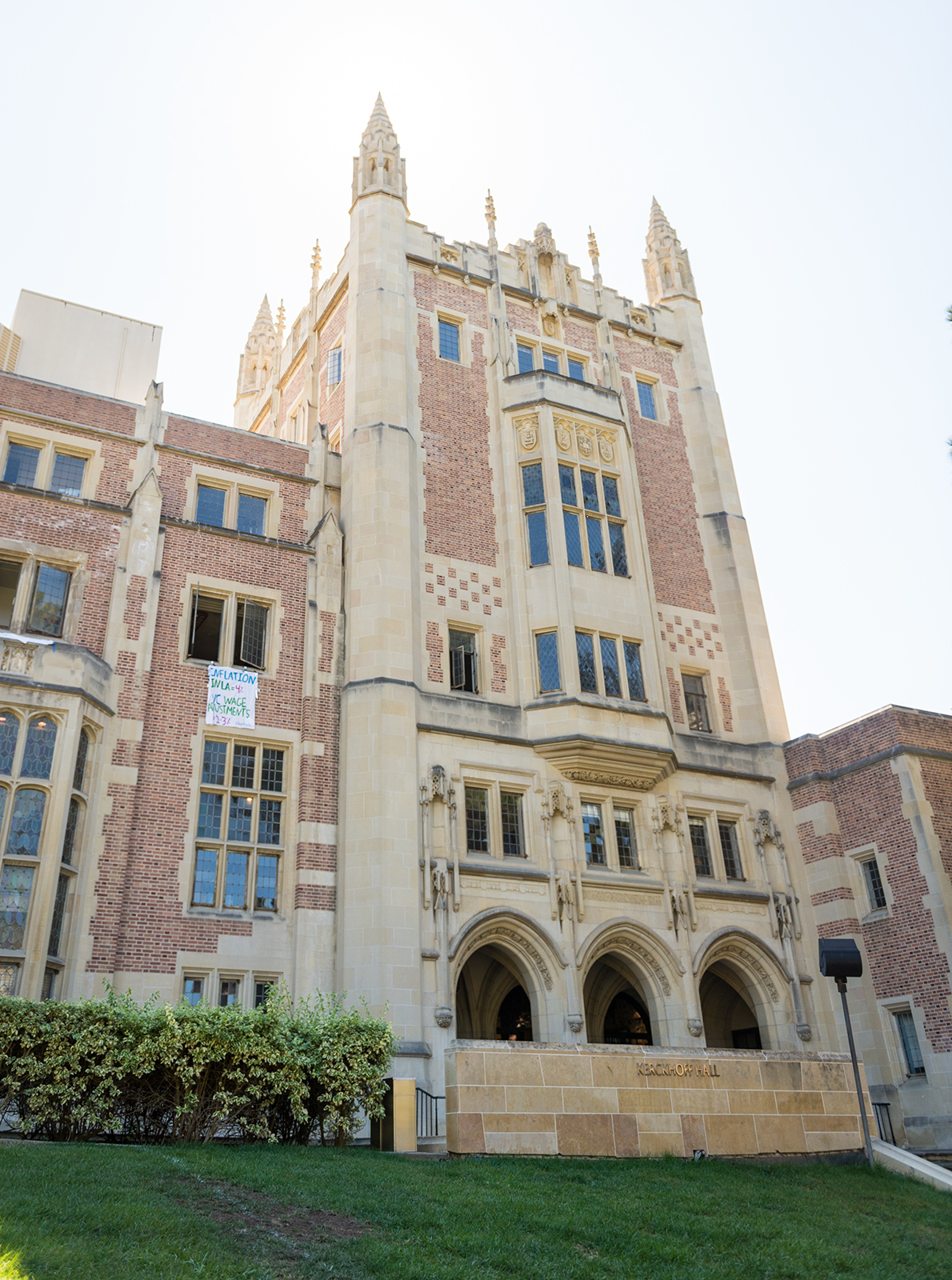