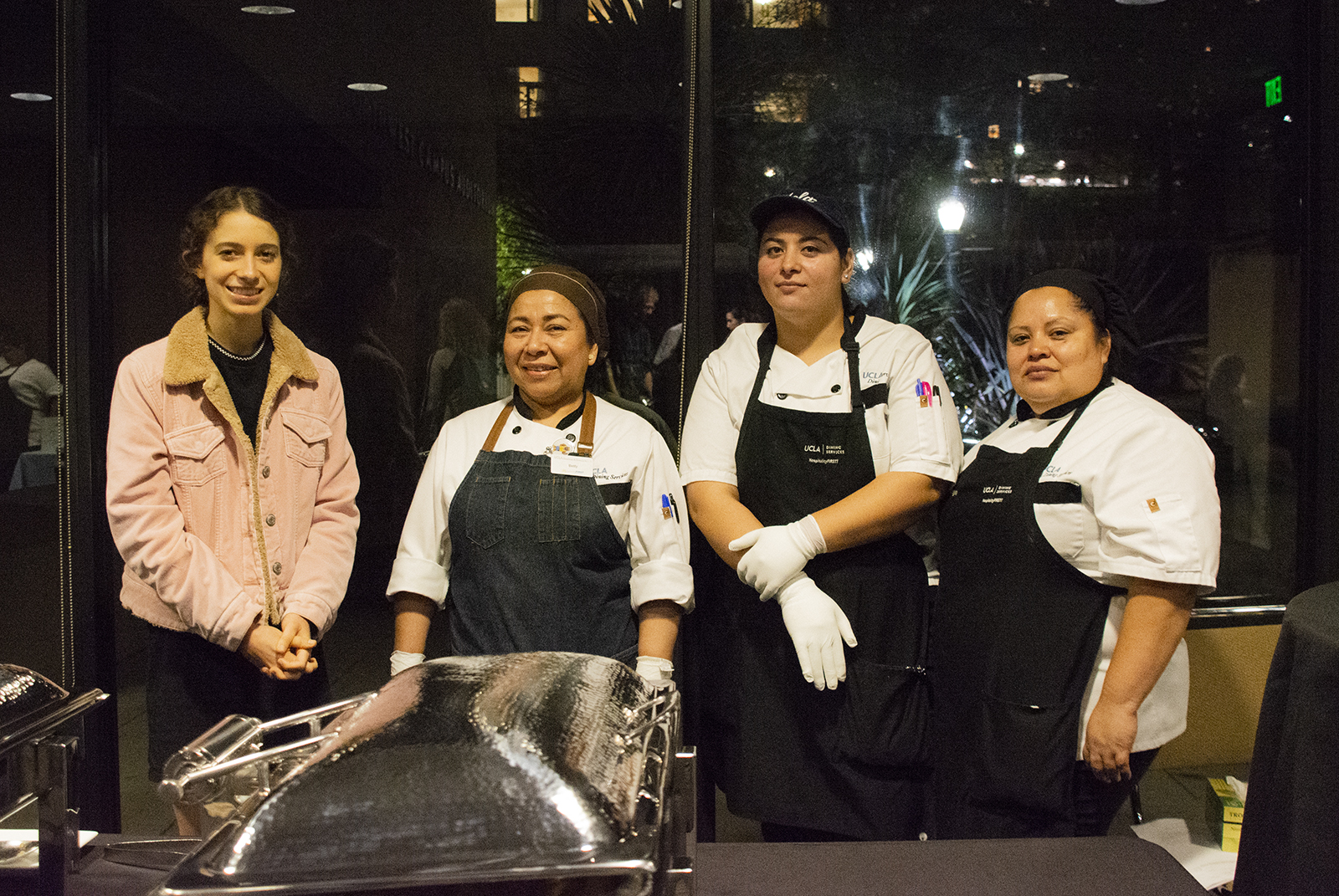 Three students offered a taste of their environmentally friendly recipes ranging from risotto to tacos during a campus competition Tuesday.

Established in 2013, the Semel Healthy Campus Initiative Center has multiple branches or “pods” with each promoting a different aspect of healthy living. The EatWell pod, which organized the event, hopes to reduce livestock consumption by advocating for sustainable eating.

Catie Imbery, a student researcher for EatWell and a public health graduate student, along with other members of the pod was inspired by climate change activist Greta Thunberg to create the sustainable recipe contest.

The panelists selected three finalists to prepare their meals with a UCLA chef. Each of the finalists’ dishes will be served at Bruin Plate.

“I was inspired by my mom who loves to grow acorn squash in the fall,” Danon said. “They have vegan risotto at (Bruin Plate) sometimes, so I thought it’d be cool to combine the two.”

“These are fairly cheap vegetables that you could buy at Trader Joe’s or Ralphs,” Nguyen said.

The winner was selected by a board of three panelists: chef and restaurant owner Ray Garcia, farmer and UCLA law student Evan Graham and civil and environmental engineering professor Jennifer Jay.

The panel selected Kawecki and Norris as winners for their tacos, awarding them a prize of $100.

Garcia said there are challenges in balancing sustainability and enjoyable taste – factors that are necessary to please consumers and reduce carbon dioxide emissions.

Graham said it was important to have sustainable agricultural practices when cultivating food to maintain healthy soil. Regenerative farming is an example of such a practice, he added.

“The principles are to disturb the soil as little as possible,” Graham said. “Keep the soil covered whenever you can (to retain moisture) and plant in the smallest amount of space you can.”

Graham added that he encourages shopping from local farmers rather than large-scale farms because it is more environmentally beneficial. Supporting a small-scale farmer, even one who may use pesticides and plastic mulch, is better for the environment than going to Whole Foods and buying organic food from a different country, Graham said.

Jay said certain animals, such as cows and lamb, produce methane, a major constituent of global greenhouse gas emissions. As a result, eating one plant-based meal a day would be ecologically responsible, she added.

The three panelists also answered questions from the audience, including an inquiry regarding the possible benefits and detriments of consuming plant-based meats.

At the end of the Q&A session, all three panelists said they supported eating plant-based meals as well as attending farmers markets and shopping locally.

Kawecki said people tend to avoid eating plant-based foods because sustainable foods are often perceived as less tasty and less fulfilling. However, Kawecki added that she and Norris overcame this stigma by creating a well-liked and satisfying plant-based meal.