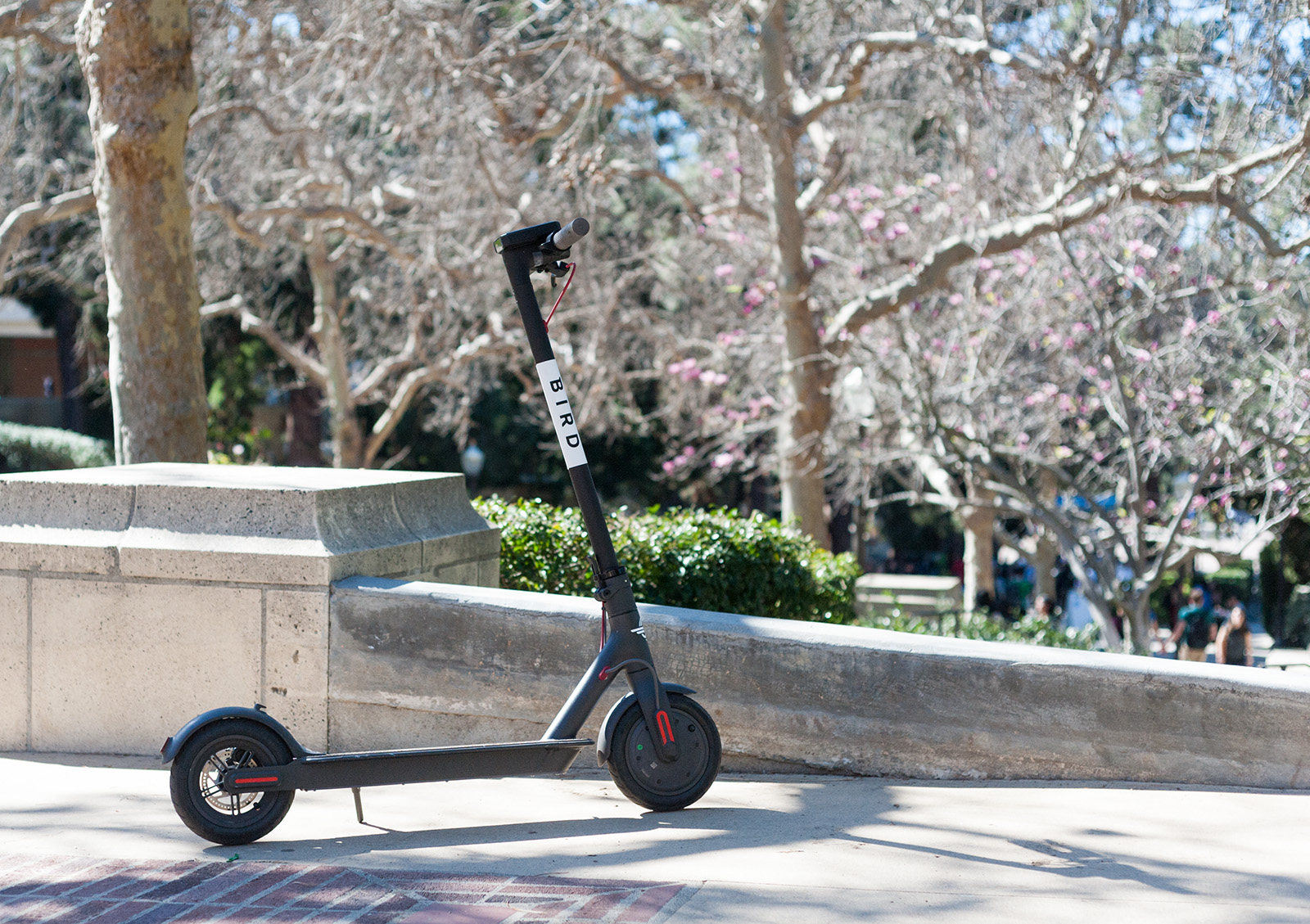 Electric scooters have been the target of regulation since they started showing up on campus in 2018. Students who do not follow the rules may be caught up in a surge of enforcement efforts by university police. E-scooter riders must dismount in pedestrian zones, hold a driver’s license and stay within bicycle lanes on the right side of the road. (Daily Bruin file photo)

University police have ramped up enforcement of electric scooter violations since week five.

UCPD Lt. Kevin Kilgore said more officers are patrolling campus and are ready to give citations or warnings to students that go through pedestrian zones and sidewalks while using e-scooters and bicycles.

The increased enforcement is a response to consistent complaints that UCPD has received directly and from other campus agencies, Kilgore said. Students have reported e-scooter users and bicyclists entering pedestrian zones and traveling at unsafe speeds, he added.

Students using bicycles or e-scooters must stay within bicycle lanes on the right side of the road, dismount in pedestrian zones such as Bruin Walk and park their e-scooter or bicycle out of pedestrian paths. E-scooter users must also have a driver’s license to operate them, Kilgore added.

“Safety is our primary concern,” Kilgore said. “We continue to receive many complaints.”

Since their arrival in 2018, e-scooters and similar electric bicycles have been a target of regulation. A recent one-year agreement limited the e-scooter vendors that can operate on campus to Bird, Lyft and Wheels.

Although complaints have generally been consistent, Kilgore said he thinks the influx of new students on campus every year may be contributing to the persistence of complaints.

“We have new people coming in,” Kilgore said. “When those new folks come in we see a rise in complaints.”

The one-year agreement between several e-scooter companies and UCLA imposed new safety and data-gathering requirements for these companies. Specifically, they are required to provide data on complaints, injuries and accidents after every quarter, UCLA Transportation stated.

This data has not been released by the companies yet, but UCLA Transportation will use the data to inform its policies once it receives it, the statement read.

He added he feels students are uninformed about e-scooter safety.

“I’m just aware of (dismount zones) based on the signs on Bruin Walk,” Pineda said. “There are codes on the signs citing factual laws but I never look at those. I just see the signs and I see people blowing by past the sign every day.”

Emily Gin, a third-year environmental science student, said she was aware that students should not ride on sidewalks or areas with heavy pedestrian traffic. Although she has not seen increased enforcement or more violations recently, she has seen riders drive unsafely.

“I could see how accidents happen because a lot of times, people that I ride with, they just run a red light or they go really, really fast,” Gin said.