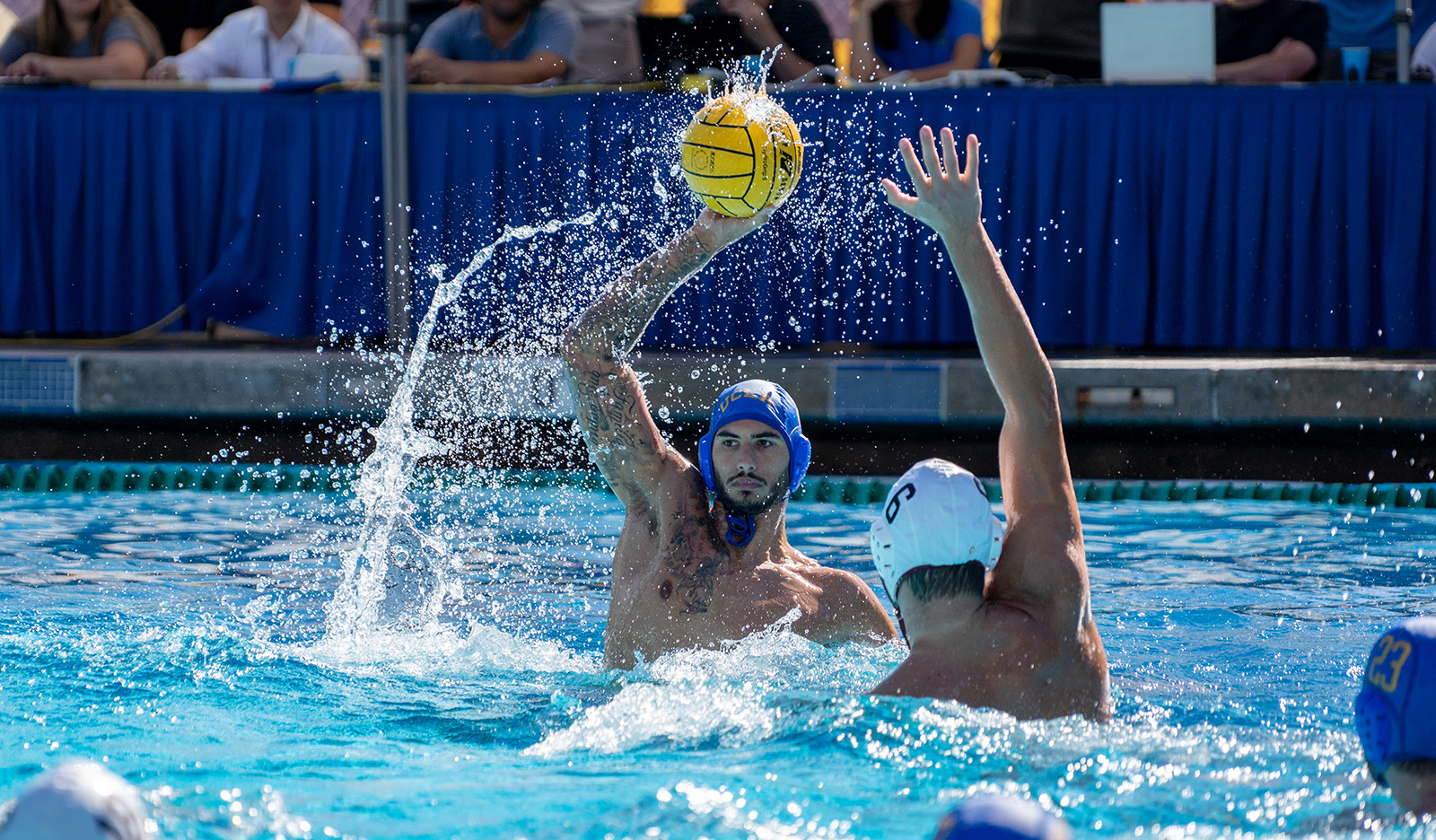 Junior attacker Nicolas Saveljic led the Bruins with a three-goal performance, but UCLA couldn’t draw within two goals of USC after the Trojans took a 4-2 lead in the first quarter. (Elise Tsai/Daily Bruin)

The Bruins couldn’t score more than five goals in the first half for the second straight week.

By the end of the first period, UCLA was trailing USC 4-2, with goals from sophomore attacker Ashworth Molthen and junior attacker Nicolas Saveljic. They each assisted the other’s goal.

“I would say this is good for us,” Saveljic said. “No. 1 doesn’t mean anything. We don’t think about it or talk about it or even look for that kind of stuff. We have Stanford coming next week. We will try to take the best stuff from this game, learn and move forward.”

By the end of the second period, UCLA was still behind USC with a score of 6-3, even after freshman attacker Andy Rodgers had put up another goal for the Bruins.

Coach Adam Wright said the Bruins’ lack of offensive success came from being outplayed on the physical side.

“We waited last week until the fourth quarter with (California), and we actually got lucky because we hit some shots that were nice,” Wright said. “Last week we made a shot at the end of the half, this week we missed one at the end of the half, and we don’t want to rely on that. The reality is that it comes back to our approach to the game, the energy of the game, and that affects our shooting.”

However, UCLA had an extra contributor in the battle against its crosstown rival. Senior attacker/utility James Vlachonassios appeared in the pool for the first time since his sophomore year and finished the game with one exclusion, appearing in all four periods.

“He was the bright spot,” Wright said. “For a guy that has been out of the water for so long, he had more energy than anybody and that just shouldn’t be.”

By the end of the third period, UCLA had only scored one more goal, this time from junior attacker Chasen Travisano, leaving the score at 7-4.

“Honestly, just play the game like we know how to play – like we practiced all week,” Molthen said. “We let our emotions and nerves get the better of us.”

In the fourth period, each team scored three goals.

The first was scored by sophomore attacker/utility Jake Cavano, second by Saveljic and the last goal of the game again by Cavano.

With the MPSF championship around the corner, the Bruins have the possibility of meeting the Trojans again in the coming month.

The Bruins scored on four of nine power plays, leaving their percentage of .444 almost equal to that of USC’s, which was .429.

UCLA will face Stanford next Saturday at 12 p.m. at the Avery Aquatics Center in Stanford, California.