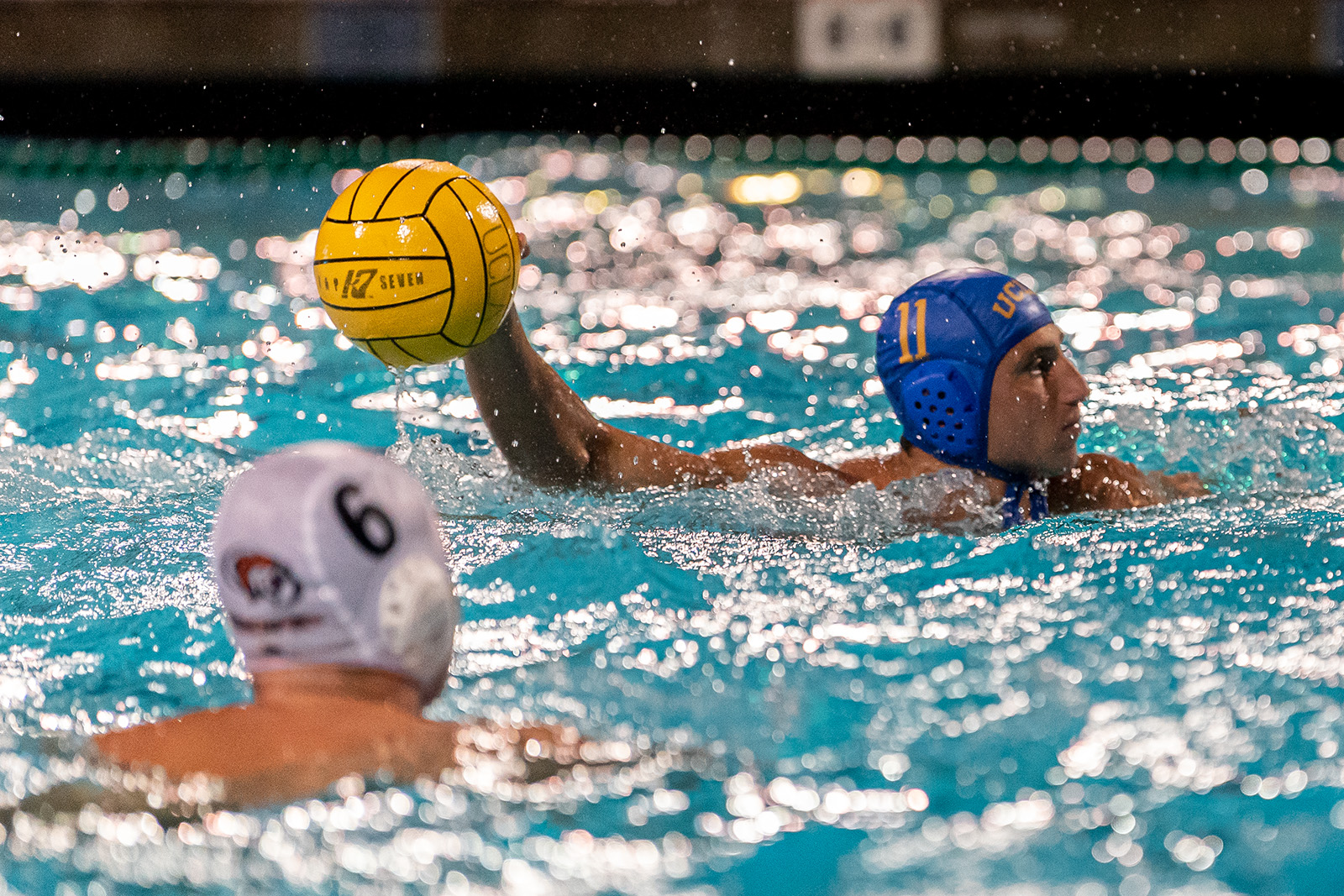 Junior utility Levon Gukasyan will play in the first game against USC as a part of UCLA men’s water polo. Gukasyan hasn’t scored but has started multiple games for the Bruins this season. (Liz Ketcham/Photo editor)

The Bruins will face the Trojans for the first time this season.

No. 1 UCLA men’s water polo (16-1, 1-0 MPSF) will take on No. 4 USC (11-4, 1-0 MPSF) in the Bruins’ second conference game in as many weeks. Both teams enter Saturday morning’s contest coming off wins that opened their conference slates.

The matchup is the first time the two teams have met since the Trojans handed the Bruins an 8-7 loss in the semifinals of the 2018 NCAA tournament, ending UCLA’s championship chances. The Bruins have had to wait 17 games in the regular season to face their crosstown rival.

Coach Adam Wright noted the irregularity of the Bruins’ schedule this season as the team has had to wait until their second-to-last regular season game to face off against the Trojans.

“In a sense – for men’s water polo – it is a little abnormal that we have yet to see (USC),” Wright said. “In a given year, we can see (USC) anywhere between three and five times, so it’s pretty late in the year for us (to play for the first time).”

Then-No. 7 USC defeated then-No.1 Stanford 9-8 on Saturday, allowing UCLA to jump to the top spot of the rankings. Meanwhile, UCLA struggled in a come-from-behind 10-9 win against California.

“(California) really outplayed us for three-plus quarters,” Wright said. “The reality, too, is that we know what we will see from USC. They’re getting better as the year goes along, and we are too.”

Wright said UCLA’s struggle against No. 7 California showed every team in the Mountain Pacific Sports Federation conference is capable of beating the Bruins.

“Every game in our conference is a tough game,” Wright said. “It’s the toughest conference in the country for a reason.”

The Trojans have scored double-digit goals in five of their last six games since the end of September, only getting held under 10 goals in their win over the Cardinal. UCLA has only allowed two teams to score 10 or more twice in its seven games since Oct. 1.

However, the Bruins allowed nine goals in the first three quarters to the Golden Bears before holding them scoreless in the fourth quarter for a 10-9 win. Junior attacker Chasen Travisano said UCLA was more physical in its positioning in the second half to challenge California on defense.

“Once we get locked down into our defense, it went pretty well in the second half,” Travisano said. “We didn’t let them grab us, and we took two strokes inside to get them out.”

The match coincides with UCLA’s first test as the No. 1 team in college water polo this season. This is the fifth change this season in the No. 1 team throughout nine weeks. Last season through nine weeks, there were only two changes to the No.1 team, with USC holding the slot for eight of the nine weeks.

“We’re seeing a lot more parity across the board.” Wright said. “But the reality is we know exactly what we’re in for as far as what kind of energy USC will bring to the game, what kind of intensity, they’ll be ready to go – and we have to be ready, too.”

Junior utility Levon Gukasyan said despite the enormity of the game, UCLA plans on playing the way it always does.

“We just plan on playing consistent and how we’ve been playing,” Gukasyan said. “No matter what the sport is, USC (versus) UCLA is always a big game – it’s just always been that way.”

The Crosstown Splashdown begins Saturday at 10:30 a.m. at the Spieker Aquatics Center. 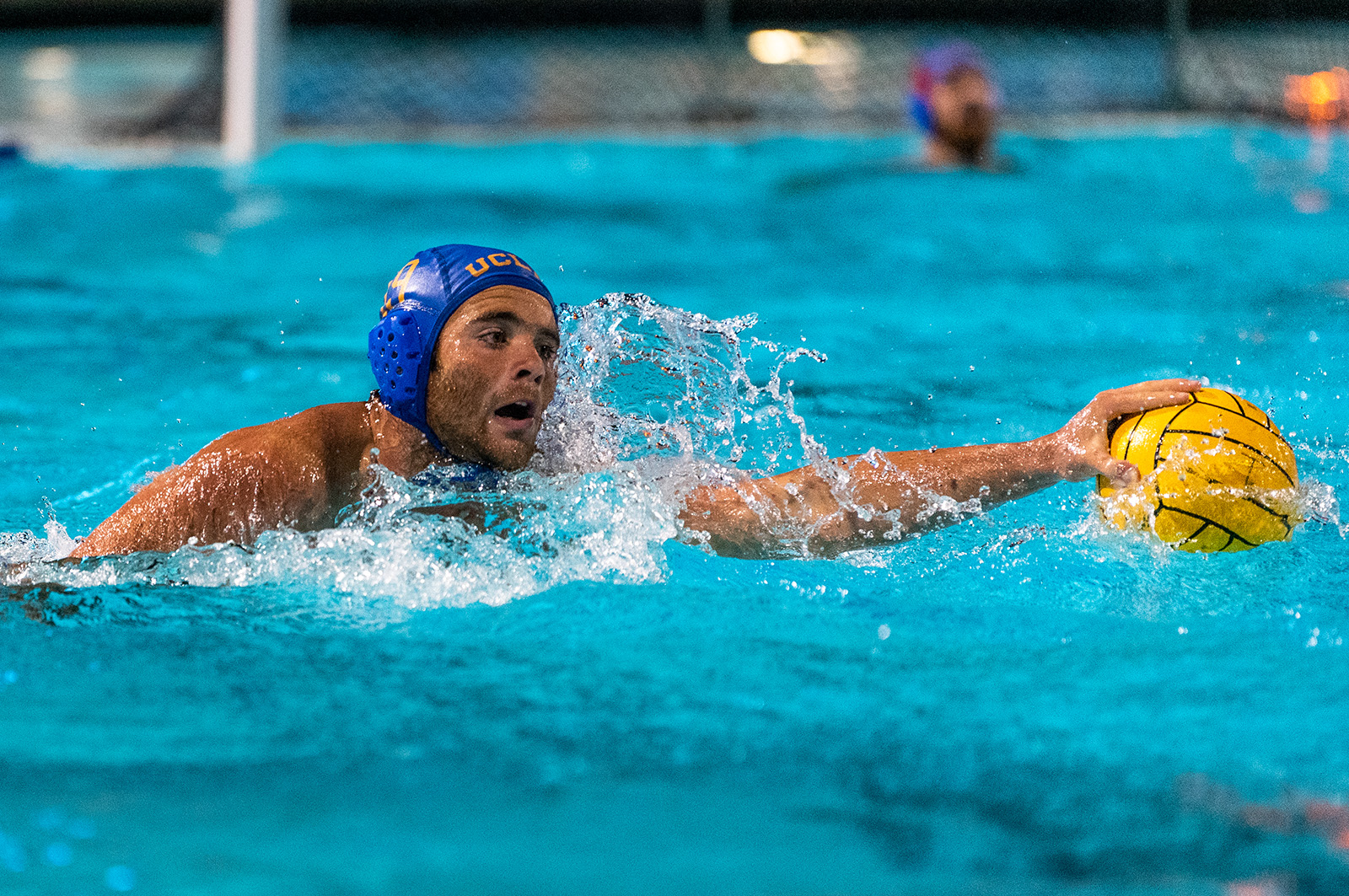