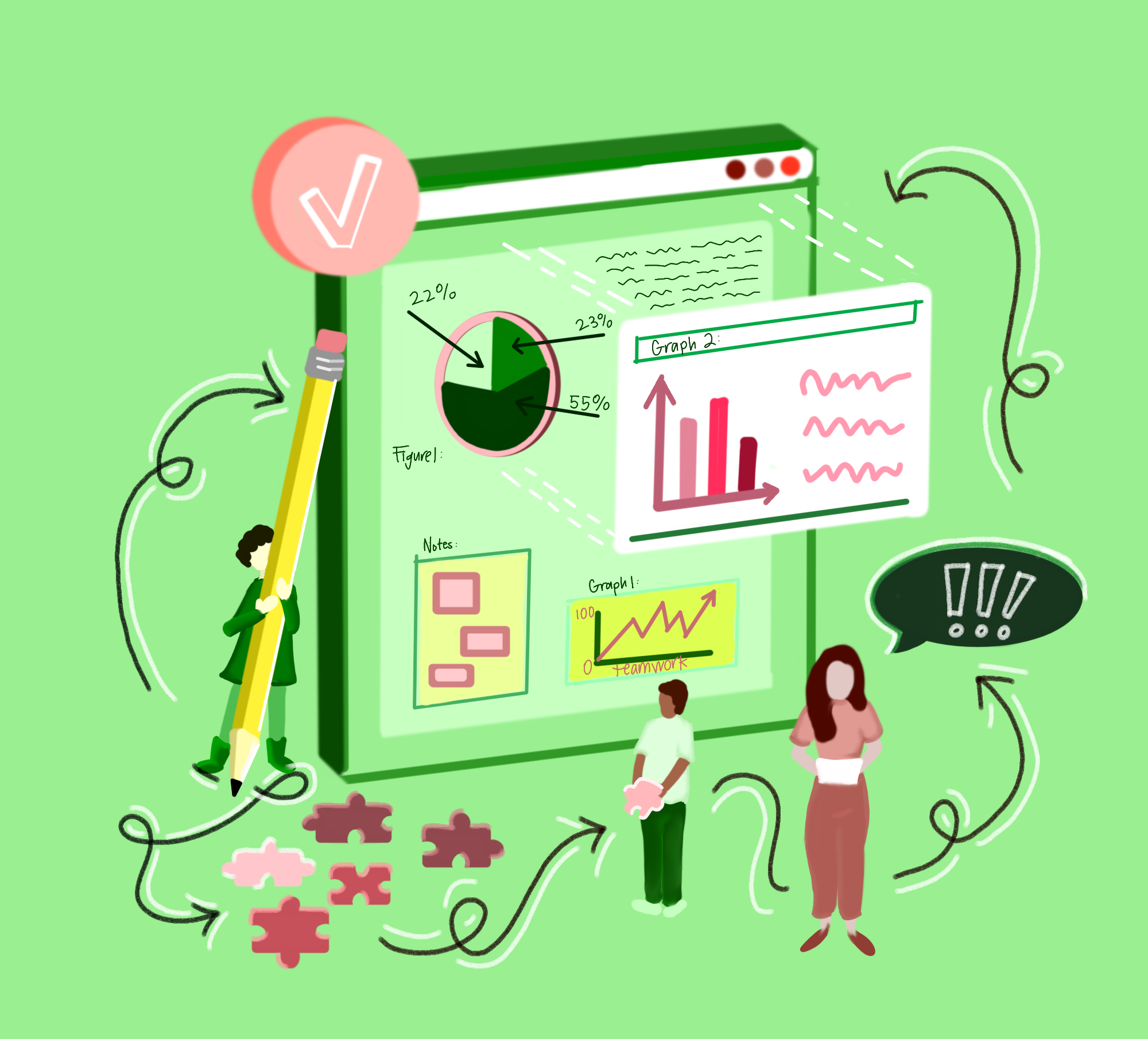 The days of hands-on projects left college students’ minds years ago, replaced with sleep deprivation and cramming for midterms.

But that’s not how it should be.

With the school’s outstanding rankings and impressive faculty studded with Nobel Prize and Pulitzer Prize winners, it seems like every UCLA student should graduate with a stellar education – one guaranteed to enrich the next steps of their lives. But with an undergraduate population of roughly 30,000, it’s a feat easier said than done.

UCLA’s sizable student body puts pressure on our faculty. This fosters an education system that prioritizes learning through memorization of theories and facts – seemingly for efficiency’s sake – over practical knowledge learned through experience.

And when students are only given the opportunity to prove themselves with generic Scantron exams, little of their own identity and skill sets is displayed.

There’s no simple solution to this nuanced problem – the university can’t suddenly kick out three-fourths of the undergraduate population or increase the number of professors tenfold. But students are justified in their expectation to be prepared with real-world experience and applicable learning, and the university isn’t living up to that. However, there is an opportunity that can guide UCLA toward a better method of teaching its students: project-based learning.

Project-based learning is a learning method in which students engage in real-world, relevant projects.

It’s been shown to increase long-term content retention as well as improve problem-solving and collaboration skills. And in most careers, every task is a high-stakes group project – so there’s no better time than now to teach students how to succeed in an environment of cooperation instead of competition.

As of now, classes have hundreds of people. Research and labs create a cutthroat environment. Every student’s main identifier is a nine-digit code, and success is now measured by which of four small circles students shade on a multiple choice exam or how accurate the decimals in their data are.

That sounds more like a dystopian world than a valuable education.

“I know a whole lot more than I did when I came here, I’m just not sure if it’s super applicable,” said Sydney Stump, a second-year ecology, behavior and evolution student.

Students often feel this way because learning and success are quantified by their ability to regurgitate information.

The research alone makes a strong case in favor of project-based assessment for UCLA. And in considering the personalizing effect this learning method could have on students’ educations, in addition to its increased relevance, there’s no debating where the university should set its academic sights.

Because of its often long-lasting and collaborative nature, project-based learning encourages deep learning and practical knowledge of subjects taught in the classroom.

Additionally, it can be massively helpful when eventually applying to jobs.

“If you can go to a hiring manager and say, ‘I’ve actually done this,’ that gives you an edge over other candidates,” said Celia Feramisco, a communication lecturer.

Feramisco is already implementing project-based learning in her class with great success – it has created an environment of creativity, collaboration and learning by doing.

Her students work on writing and presenting an integrated marketing communications plan for a product, service or organization of their invention throughout the quarter.

And in the expanding LinkedIn world of experience and accomplishments, students are no longer competitive in the job market just getting straight A’s. But with a portfolio of projects under their belt, upcoming graduates would have an edge over other applicants.

“The reading and taking tests, that’s the knowledge check,” Feramisco said. “And then having a big project, that’s application – it’s my way of saying, ‘Do you really know how it works?’”

For many, this sort of assessment would also make classes more engaging.

“Especially if you have the freedom to choose what you want (your project) to be on, that’s even better because, if you’re genuinely interested, you’ll be more invested,” said Emma Kitchel, a second-year psychobiology student.

Of course, some would argue project-based learning is not realistic for a school of UCLA’s size, as the level of in-depth assessment might be too much for a single professor.

And they wouldn’t be entirely wrong. Huge roadblocks in integrating project-based learning into a curriculum are the major shifts in the way that the curriculum is taught and learning is assessed.

However, project-based learning could actually reduce the number of other assessments, such as exams or homework, effectively conserving professors’ time to grade the projects, which inevitably demand more effort. Additionally, if students were to work in groups, the number of items to grade could be greatly reduced. And when students’ grades are highly dependent on their contribution and effort to the project, the risk of free-riding is eliminated – removing one of the primary reasons students might not like group projects.

And it’s not like it hasn’t been done before. Boston University, for example, has a project-based learning guide to help teachers implement this system in their classes.

UCLA is an institution of higher learning – one of the best out there – and, as such, should be providing students a practical education, not just a theoretical one.

Because in the real world, there won’t be Scantrons or multiple-choice exams for that upcoming promotion.