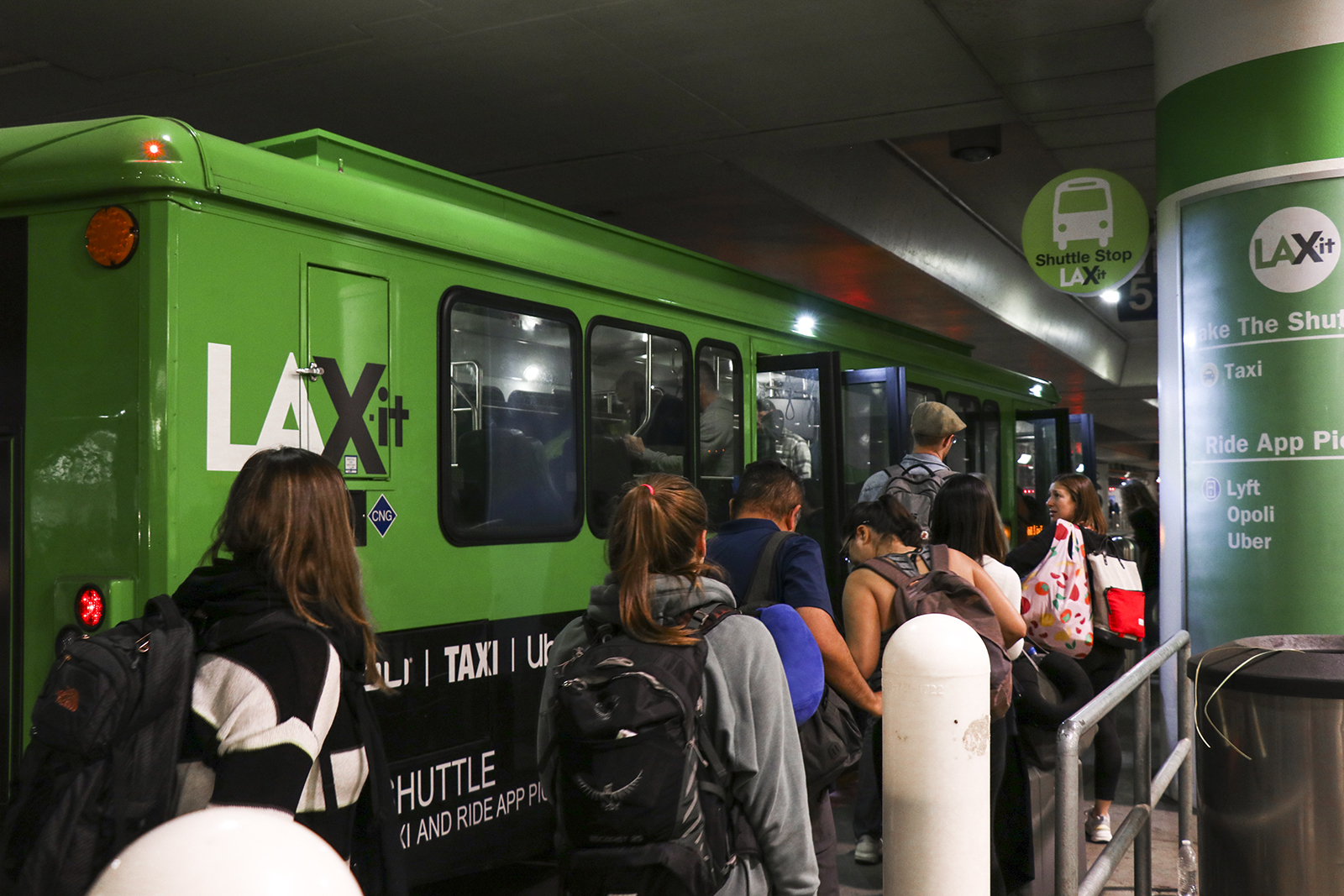 Instead of calling an Uber or Lyft to the terminals, travelers must now board an LAX-it shuttle or walk to a lot where they can be picked up by ride-hailing services. Some travelers reported wait times of up to 90 minutes during peak hours.
(Amy Zhang/Daily Bruin senior staff)

Long wait times and lines prompted the Los Angeles International Airport to expand its new pickup area for ride-hailing services by 50% on Wednesday.

LAX-it started Oct. 29, effectively barring Uber, Lyft and taxi pickups at LAX terminals. Instead, travelers must take a shuttle or walk to a parking lot just outside the airport where they can get picked up by one of the ride-hailing services.

Long wait times and unfamiliarity with the program have frustrated some travelers, including students who have had to use the program to get picked up by ride-hailing services.

Since the start of the program, wait times at the LAX-it lot have improved to around 10 minutes during nonpeak hours, the Monday press release read.

The purpose of the LAX-it program is to decrease traffic congestion in the central terminal area while the area is undergoing construction. LAX is aiming to complete an elevated electric train system that will move people in and out of the airport for free by 2023.

Parth Agrawal, a second-year electrical engineering student, was coming back from Detroit a day after the LAX-it program started. He said he did not take the shuttle because the lot was close enough for him to walk.

“I walked to LAX-it,” Agrawal said. “ There was a huge line and I had to wait an hour. It was a bit chaotic.”

When he met his driver, he heard they also had to wait about an hour to pick him up. Agrawal has seen similar programs implemented in Indian airports but added those were not as chaotic as what he experienced at LAX.

Agrawal said it seemed like officials at the airport were still figuring out how to best streamline the service since it only recently started.

Dan Zhukov, a fourth-year political science and history student, also had to use the LAX-it program Oct. 30. He said he only had to wait about five minutes to board an LAX-it shuttle to the lot, and only 15 to 20 minutes to get a ride.

“The shuttles are really convenient,” Zhukov said. “That was really nice. That new area they made, that’s the bottleneck.”

Zhukov added he wasn’t sure if the program was causing more problems but said he felt like the program was not improving traffic congestion or wait times for arriving travelers.

“As far as traffic congestion goes, I don’t think it’s helping aside from moving the traffic out of the airport,” Zhukov said.

Wooyoung Chang, a second-year pre-cognitive science student, said he goes through LAX to travel to and from South Korea. He said he thinks the switch was unnecessary and created more of a hassle and inconvenience for both riders and drivers. 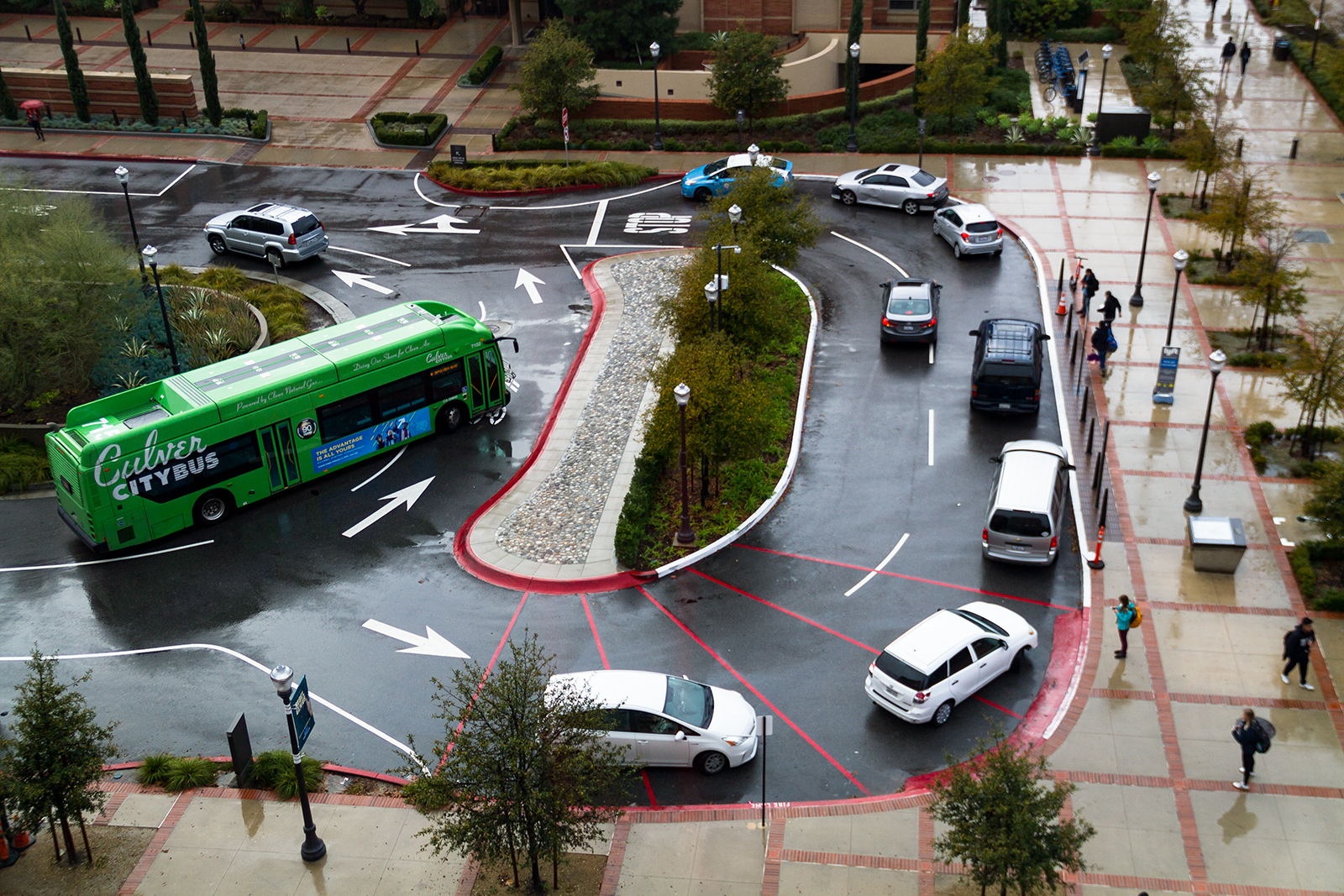 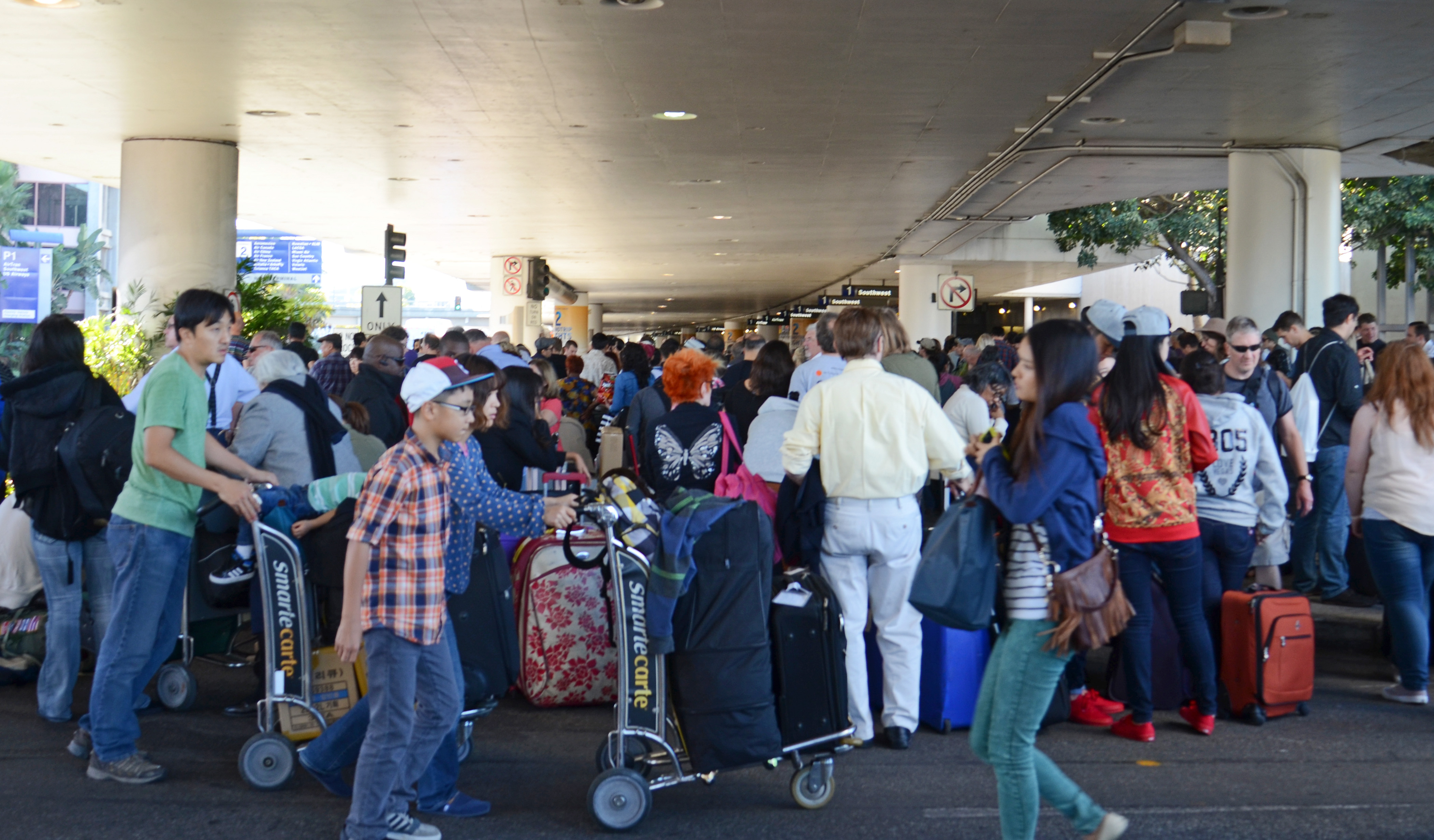 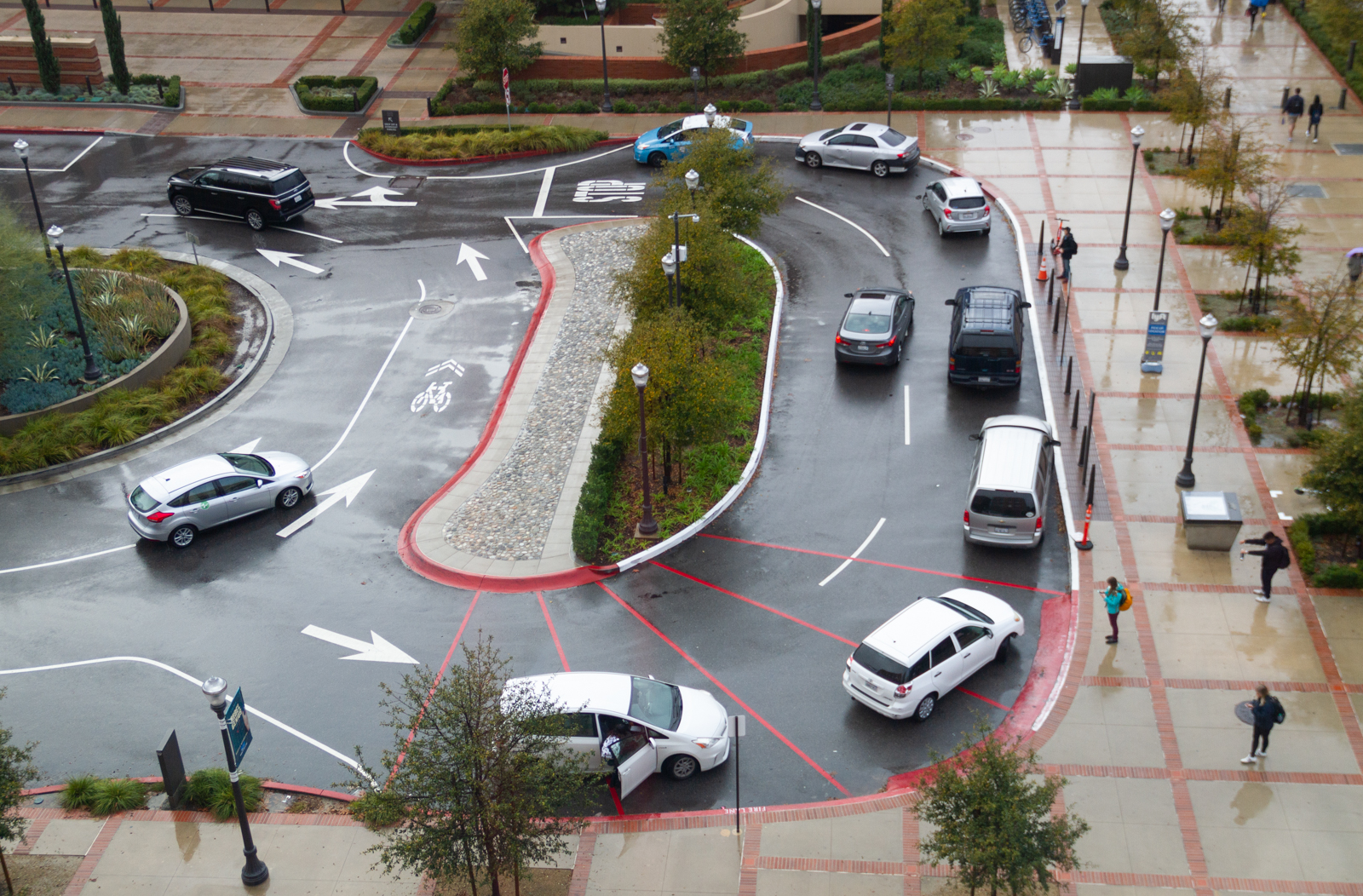 Authorities must set up safety regulations for ride-hailing, e-scooter employees