Mick Cronin pressed play on his UCLA career, but put his movie-watching on pause 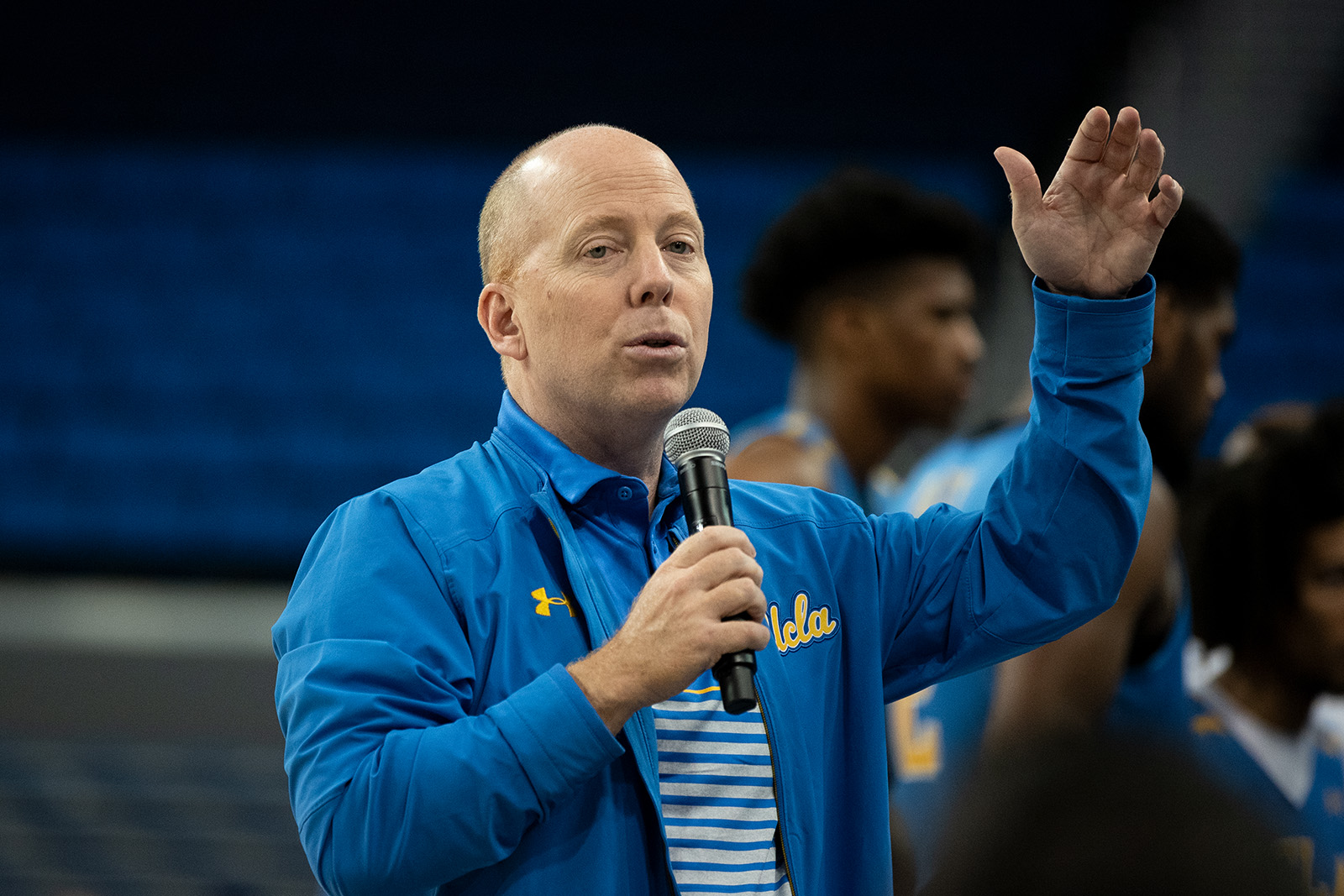 UCLA men’s basketball hired coach Mick Cronin in April, and he has only been able to go to the movies once since. Cronin has used his love for cinema to bond with his assistant coaches and confuse his players in practice. (Liz Ketcham/Photo editor)

Ten minutes before Monday’s practice, Mick Cronin was on his phone.

The first-year UCLA men’s basketball coach wasn’t drawing up plays or calling five-star recruits – he was checking showtimes for “The Irishman” at the Regency Village Theatre in Westwood.

Cronin didn’t end up seeing the new Martin Scorsese film that night, something the self-proclaimed movie buff said has been a common occurrence ever since he was hired back in April.

Although he hasn’t been able to make it out to the theater very often since coming to Westwood, the former Cincinnati coach has kept his love of movies alive through regular references around Mo Ostin Basketball Center and Pauley Pavilion. Prior to the Bruins’ penultimate preseason practice, Cronin quoted Scorsese’s 1995 film “Casino,” and a few players said that wasn’t anything out of the ordinary for their new coach.

Even redshirt freshman forward Shareef O’Neal – who said he was able to catch up on a lot of movies while recovering from heart surgery last season – can’t keep pace with Cronin’s film knowledge.

“(Cronin) references a lot of movies, movies that I haven’t seen before – pretty sure they’re older movies,” O’Neal said. “We’re going to have to talk about movies some time.”

Cronin keeps two lists stashed away on the Notes app on his phone. The first is his all-time top-10 list – boasting films such as “The Godfather,” “Heat,” “American Gangster,” “Pulp Fiction,” “Scarface” and “Rocky” – while the other is a list of films people have told him he still needs to see.

Many of the suggestions on the second list came from associate head coach Darren Savino.

Savino spent 11 seasons next to Cronin on the Cincinnati and Murray State benches before joining him in Westwood this spring, and Savino said the two have bonded over their shared love for movies over the years.

“Me being from (New) Jersey and Jersey City – you could probably guess where I’m going to go with this – mafia movies are usually my favorites and (Cronin) kind of likes them as well,” Savino said. “I think my taste in movies is better than his, but that’s just my opinion.”

When Cronin brought Savino on board at Cincinnati, the associate head coach couldn’t find a place to live for his first eight months in town. Savino stayed in Cronin’s basement that season and the two would regularly watch movies together, leading to them referencing everything from “The Karate Kid” to “First Blood” in practice both at Cincinnati and UCLA.

But while Cronin said most of their references to ’80s classics and ’90s gangster movies typically go over the heads of the 20-something Bruins, one of the team’s veterans has shocked the 48-year-old coach.

“I’ve dropped a few (quotes) that (junior guard) Chris Smith has caught,” Cronin said. “And I didn’t think they’d get them, because they’re from older stuff. … I was impressed.”

Smith said he catches almost all of his coach’s references as a result of growing up watching older movies with his dad.

“I’m just an old head,” Smith said. “My dad shows me a lot of stuff from his childhood, so I know a lot from a lot of stuff that I shouldn’t know, stuff that’s (from) a long time before I was even born.”

The junior guard said he asks follow-up questions when he doesn’t understand one of Cronin’s references, attempting to learn more about his new coach’s love for movies. But Smith isn’t the only one Cronin tries to share his passion with.

Cronin said he has been trying to get his 13-year-old daughter, Sammi Cronin, more acclimated to his movie tastes, starting her off on ’80s and ’90s comedies like “Men in Black” and “Splash,” starring Tom Hanks and Daryl Hannah.

But for every film he gets his daughter to watch, the coach has to watch one recommended by the teenager – typically a Marvel movie, which Cronin said he got fed up with after “Avengers: Endgame.”

“I’m down on the Avengers because I’m a Tony Stark guy,” Cronin said. “I told her I can’t deal with him being, you know – how can Iron Man be dead? It’s not cool. He’s the coolest.”

The one time Cronin has made it out to the cinema since coming to Los Angeles, ironically, was to see “Spider-Man: Far From Home” with Sammi. The screening was interrupted by one of the Ridgecrest earthquakes, so the pair had to go back the next night to see it again.

But before Sammi was old enough to drag her dad to the movies, Cronin said the duo would spend hours upon hours bonding while watching one of her favorite cartoons on TV.

“Because of my daughter, I’m a big SpongeBob (SquarePants) guy,” Cronin said. “Obviously she’s 13, so she doesn’t watch it anymore, so I kind of miss SpongeBob a little bit. That was an everyday thing for a long time in my life, being a divorced parent – I had to watch, so I became a SpongeBob guy.”

Without the time to watch more adult-friendly TV shows or read the dense, historical nonfiction books he used to flick through, Cronin has continued to lean on movies as his favorite pastime outside of basketball.

But that doesn’t mean the two interests never overlap.

Cronin said no basketball fan, player or coach is truly into basketball if they don’t love “Hoosiers.” His other favorite sports movies include “Glory Road,” “42” and “Seabiscuit,” the last of which also manages to cross over with Cronin’s love of horses.

Whether it’s one of those movies or one from his top-10 list, Cronin said the films come in handy when he needs to relax on road trips with the team.

“When I can’t sleep, I’ll put on a movie I’ve seen 800 times so that way there’s no suspense in my blood pressure, wondering (what) the next scene is,” Cronin said. “I already know it, so it helps me fall asleep when I can’t sleep.”

On his shorter, daily commute between his new home in Encino and UCLA, however, Cronin said only one thing crosses his mind each time he drives past the Sepulveda Basin.

That’s where the MINI Cooper chase scene from the 2003 “The Italian Job” remake was filmed.

In Cronin’s new hometown, iconic film sites like that are almost a dime a dozen. He certainly isn’t in Cincinnati anymore. 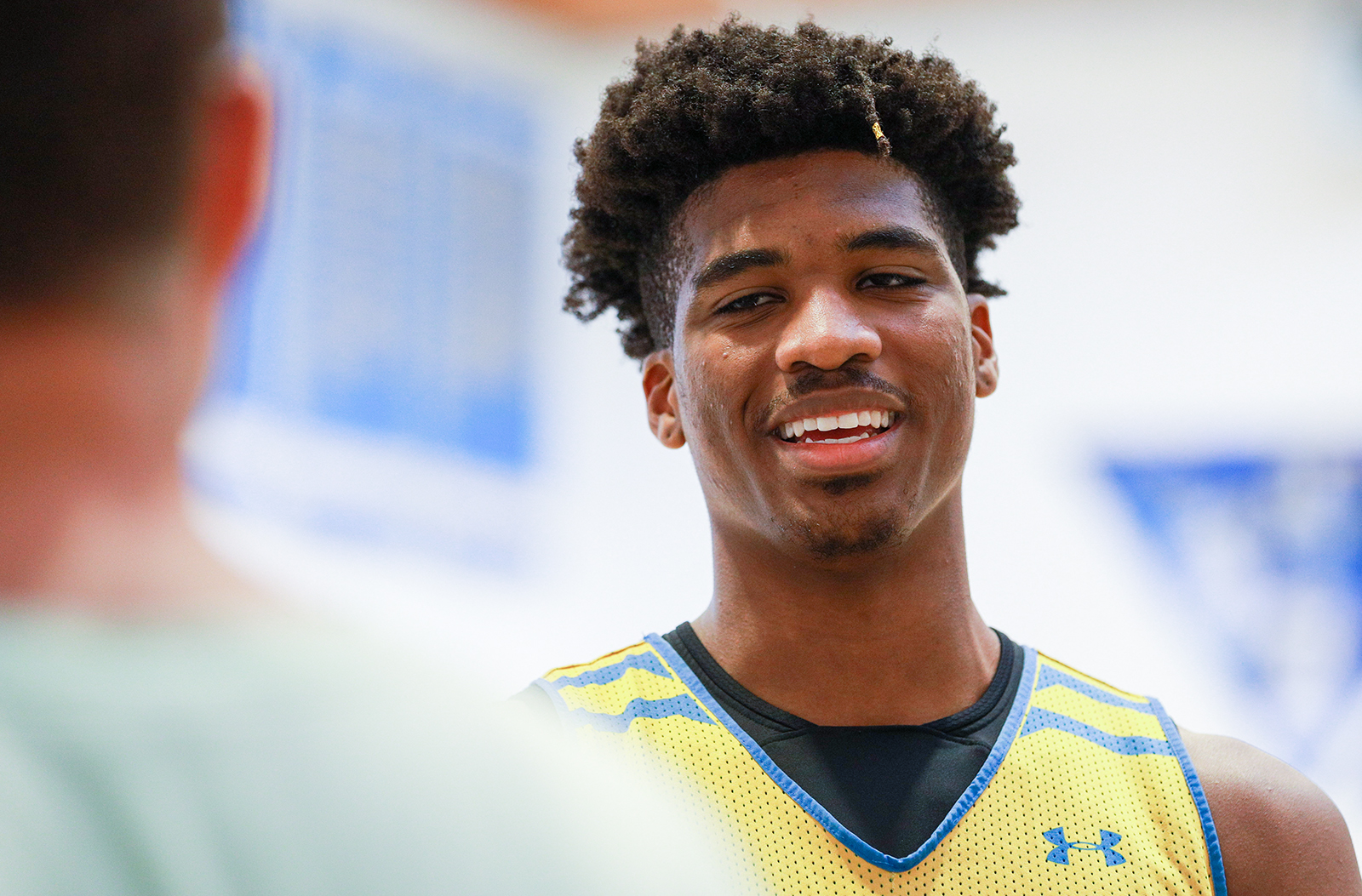 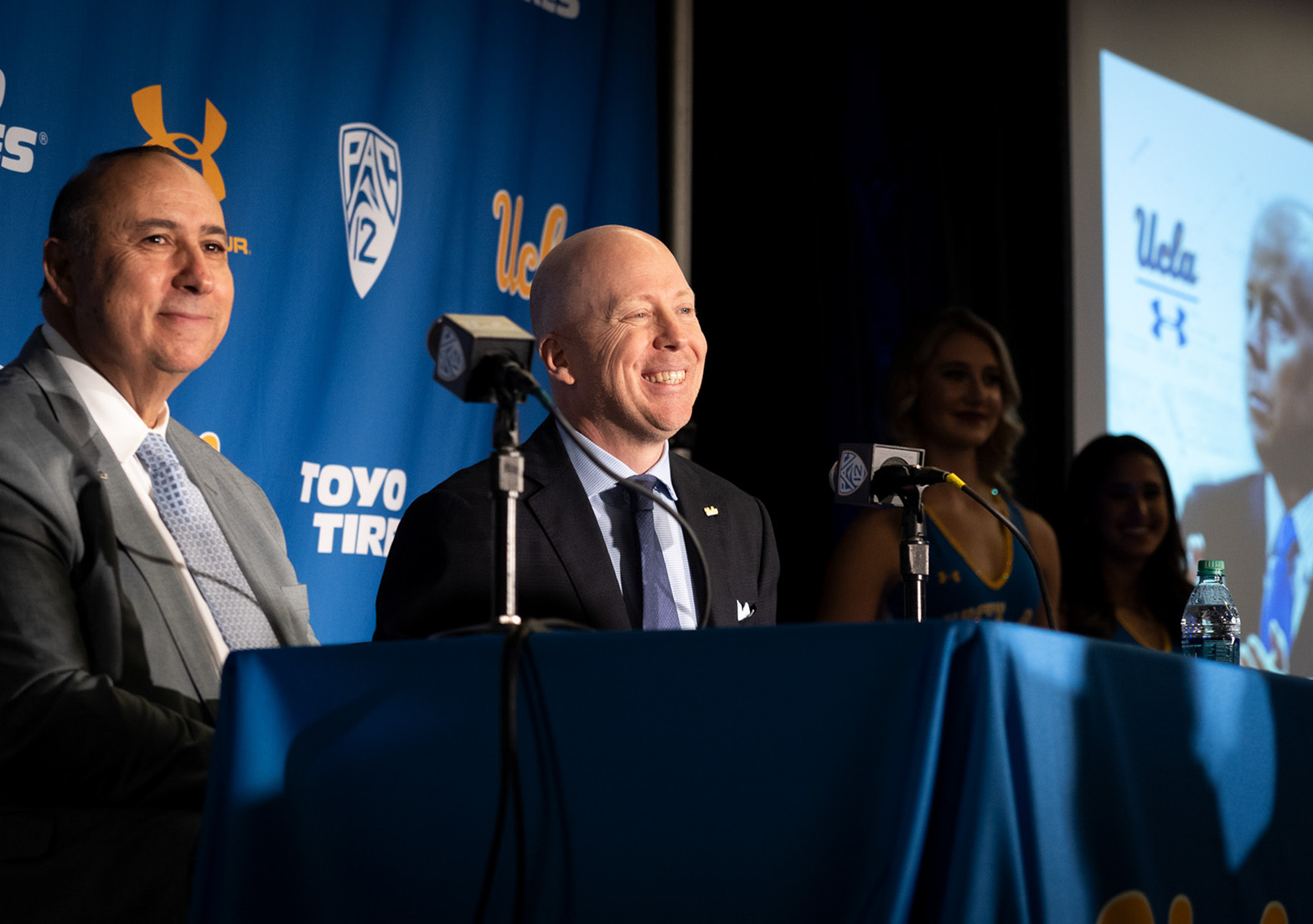 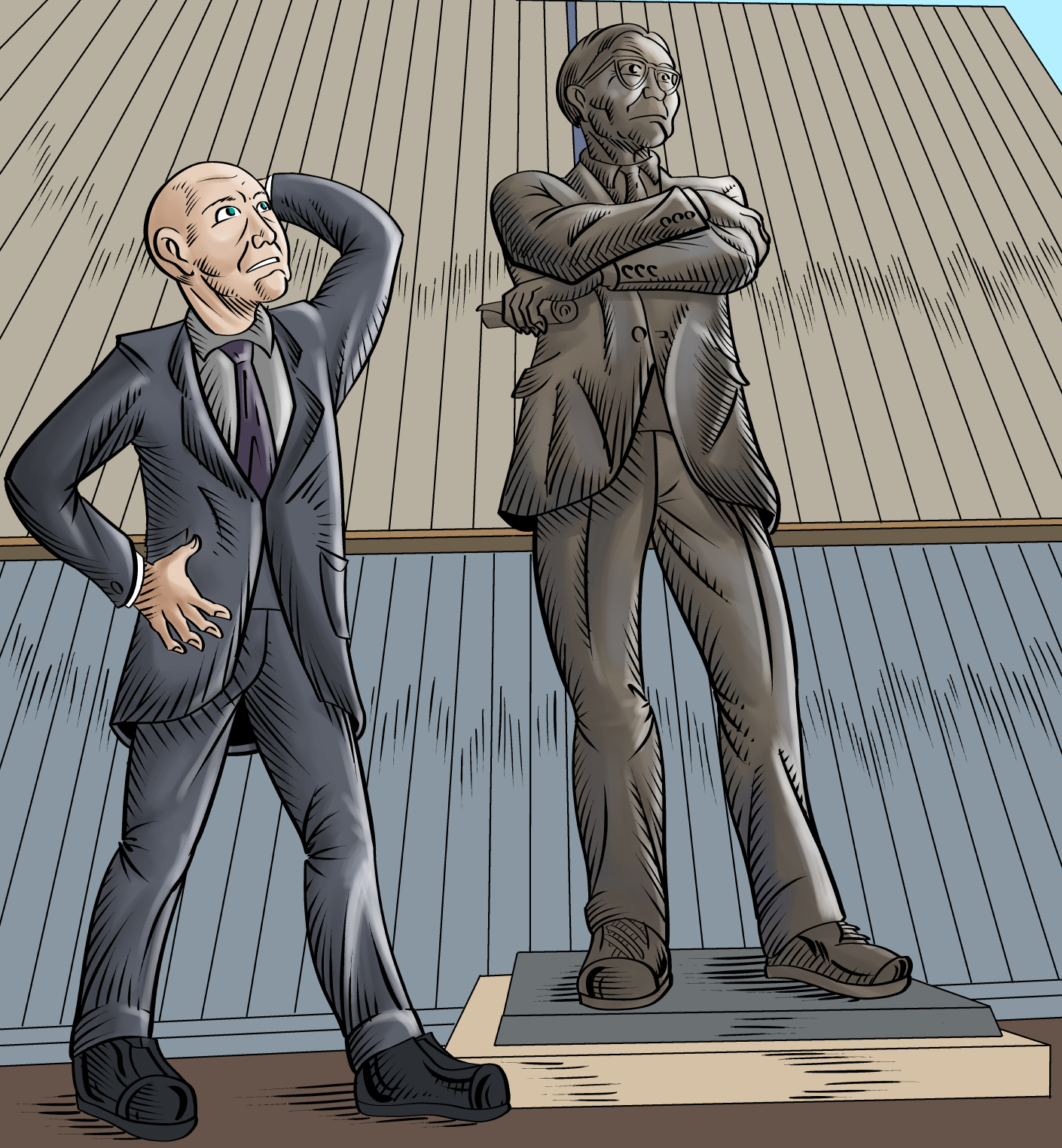 Un-Connon Opinions: Cronin will only be effective with improved ability to recruit top talent