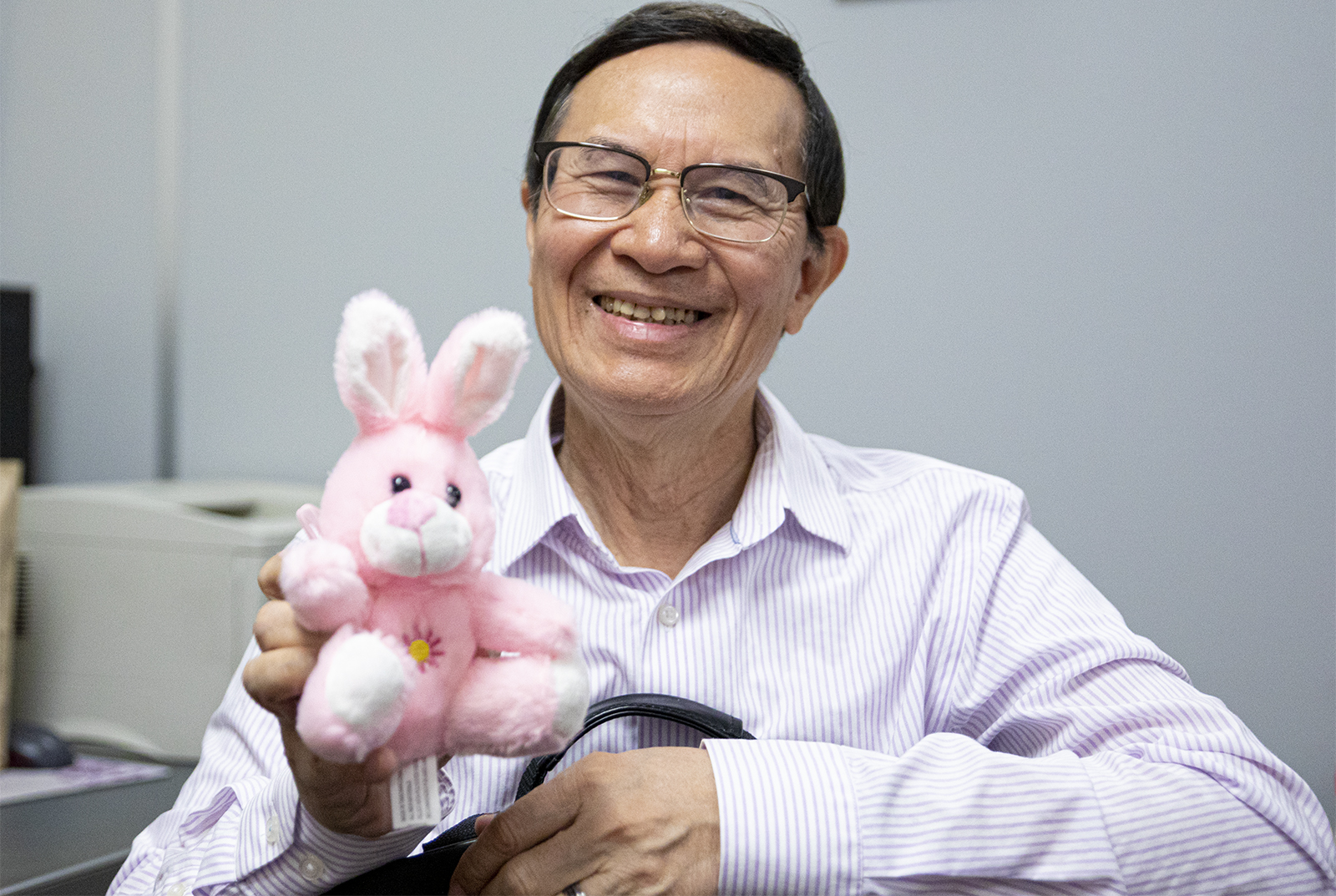 Quyen Di Chuc Bui, an Asian languages and culture lecturer, gives out stuffed animals in every lecture of his introductory Vietnamese class. He says students better learn the material when they feel their professor cares. (Ashley Kenney/Daily Bruin)

Quyen Di Chuc Bui tells his students he loves them at the end of every email he sends them. He also shows his love by giving them stuffed animals.

Chuc Bui’s teaching style went viral last week, when a student in his class posted on Twitter a video of him handing out stuffed animals. As of Tuesday, the video had 7.4 million views and close to 700,000 likes.

i’m crying my viet professor brings us stuffed animals every week to reward us for our hard work pic.twitter.com/E8JEY3zcHW

Chuc Bui, a lecturer in the Department of Asian Languages and Cultures, teaches introductory and advanced Vietnamese classes at UCLA. He gives out stuffed bears, squirrels, rabbits and other stuffed animals in his lectures every week.

Chuc Bui has been giving out stuffed animals to students in his introductory classes for the past five years to reward them for their work and to motivate them to learn, he said.

His advanced classes do not need that motivation, he said, but he still brings them food. He also offers his introductory classes food such as spring rolls and java apples, a fruit common in Vietnam.

In Chuc Bui’s class, students present projects in groups, and Chuc Bui presents each group with a stuffed animal after its presentation. He hands out about five stuffed animals each class.

Amy Nguyen, the second-year pre-psychology student who posted the video, said she filmed Chuc Bui because she thought the gesture was cute. She said she did not expect the video to receive the attention it did.

Chuc Bui said he gives stuffed animals to his students because he wants to make them happy.

“I care about my students a lot and want to find out what they want,” he said. “After asking (students), I know every student likes stuffed animals, especially bears.”

Chuc Bui buys stuffed animals with his wife every weekend, a task which does not pose a significant financial burden for him, he said.

“For students, it’s a precious gift not because of the cotton inside but from the love I put inside,” he said.

Chuc Bui plans to continue because of the way students react.

“(Students) are so excited, because I don’t think every professor is like me,” he said. “They are surprised – ‘Why is my professor bringing stuffed animals to class?’”

Nguyen was surprised the first time and didn’t expect him to continue, she said.

“I thought it was super sweet and I didn’t think he would continue doing it, but he kept doing it,” she said.

“It shows his appreciation and dedication to his students,” Bui said. “It demonstrates that he actually cares, because the students are always struggling in the class and it’s an act of kindness that means a lot to us.”

“The whole gesture is really sweet,” she said. “I don’t think any other professor would hand (stuffed animals) out for fun.”

Nguyen said she thinks many college classes can feel impersonal, especially in classes in which professors do not engage much with their students. She added Chuc Bui’s approach to teaching makes students feel more appreciated.

“Giving stuffed animals out is really sweet and touching; it shows he really cares (about students),” she said. “It makes me feel like I’m not just another student and like he’s really dedicated to our learning (and well-being).”