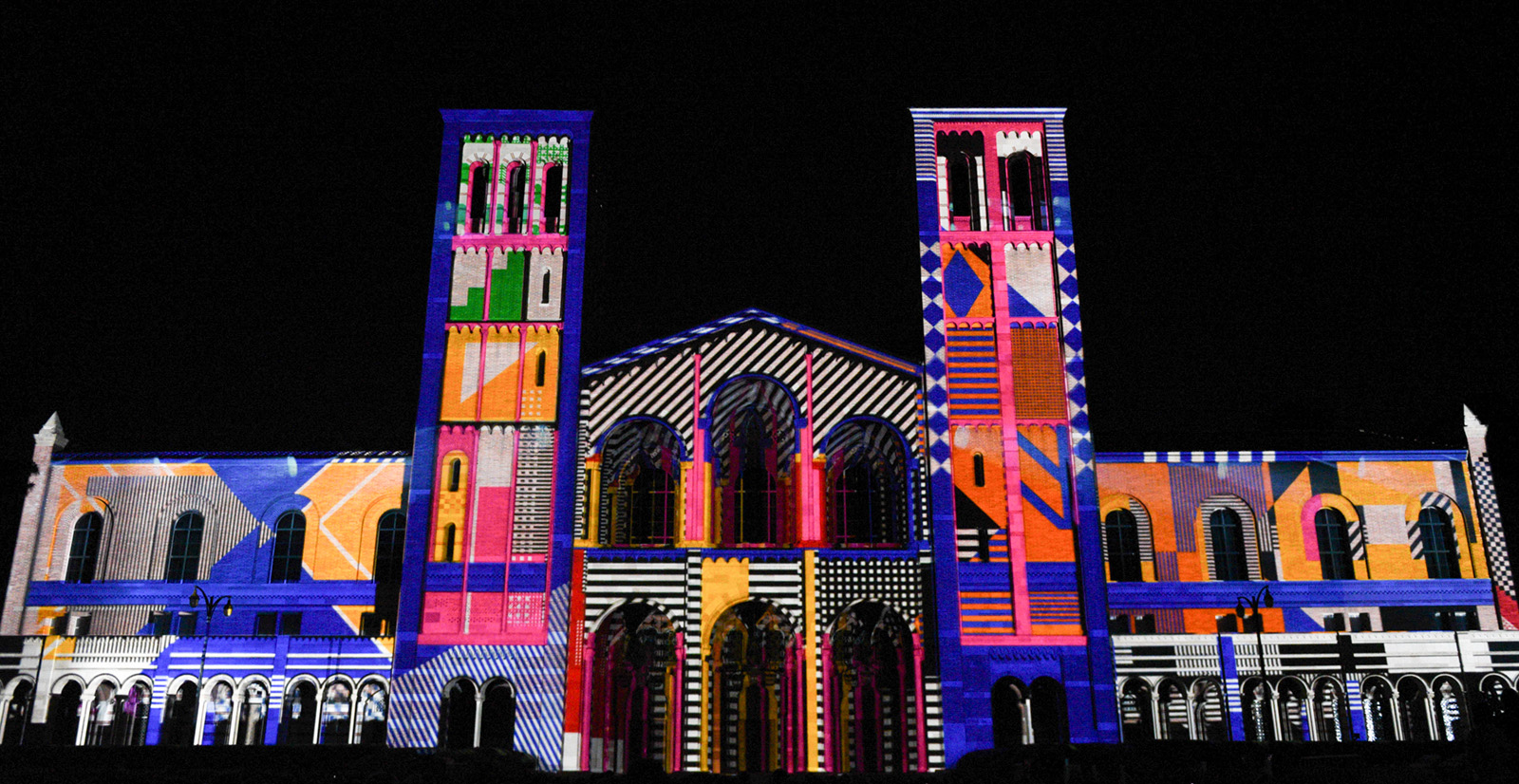 Although UCLA’s Centennial Campaign has brought in billions of dollars, it remains unclear if that money will be directed toward underfunded on-campus mental health facilities. (MacKenzie Coffman/Daily Bruin senior staff)

UCLA’s plan for using its 100th birthday gift is simple: $5.2 billion in its pocket, with no real direction as to where it’s going.

As the Centennial Campaign enters fall quarter, the donations continue to file in, bringing in millions beyond UCLA’s goal.

But whether or not the campaign will actually benefit Bruins may take another hundred years to find out, considering the public has little idea where that money is going. Currently, the Centennial Campaign provides no explicit plans for how the money and endowments will be executed, instead providing only information about ways to keep donating with a laundry list of causes.

But hidden in the backdrop of UCLA’s celebration is a mental health crisis that could be mitigated with just a sliver of the billion-dollar pie.

To build a better public university that serves its student community, it takes more than a pool of cash with ambiguity. It takes solid direction on the part of UCLA – and the transparency to back it up. Without any form of public accountability, the Centennial Campaign cannot continue to claim that it is making improvements within the institution. And contextualized by UCLA’s failing mental health infrastructure, the university must increase transparency regarding the distribution of an ever-increasing private donation pool.

Transparency is important, because as of now, help for students in need and the resources to provide it still haven’t come.

Mental health has been a long-standing issue at UCLA. UCLA Counseling and Psychological Services has struggled to provide for the large demand for treatment, relying on outsourcing to private facilities and limiting opportunities for students not insured by the University of California Student Health Insurance Plan.

“These funds could be used for CAPS to expand and hire more therapists along with funding important support groups,” Varma said. “It’s also unfair to block people from receiving help on the basis of being uninsured.”

Currently, CAPS only offers three visits per academic year for non-UC SHIP students. The numerous group therapy options it offers are also blocked behind a UC SHIP paywall. But unsurprisingly, three diagnostic consultations and a lack of opportunity to meet others going through similar experiences don’t do much to help students in need.

CAPS and the Centennial Campaign did not respond in time to requests for comment.

It goes without saying that even a fraction of the $5.2 billion, along with a transparent plan for it, would be a good start toward making counseling services more accessible. Because if you try to follow the money, you won’t get far.

With nondescript titles like “General Campus/Other,” “Student Affairs” and “Prevention and Wellness for Health Sciences” describing the donation by category on the Centennial Campaign website, it’s impossible to tell what category CAPS and similar programs would fall under.

“I think increasing (CAPS) funding is definitely a good idea,” said Vy Pham, a second-year psychobiology student. “Better publicizing the program and groups is a great way to start, and in doing so, ways that the program could be improved would likely follow.”

It’s no secret that underfunding and monetary allocation is a large issue at UCLA. From scholarships, wages and benefits, tuition spikes and student wellness centers, misguided funding is hitting students where it hurts.

It’s especially hurtful to hang $5.2 billion as an uncertain promise to a community with a severe lack of mental health resources and long-standing inaccessibility to treatment.

“If we hired more staff, it’d help balance out the ratio of students to therapists right now,” Yook said. “Sure, it won’t be exactly 1-to-1, but it would be a benefit.”

And without being able to know exactly how the funds will be divided and allocated for each effort, donors won’t even know how much progress will be made using their gifts.

More importantly, this lack of transparency goes against UCLA’s position as a public institution. The University of California is required to divulge salaries to the state controller’s office – a staple of university transparency. And despite releasing annual financial reports that indicate private endowments, there is no information on the distribution of those resources.

Furthermore, UCLA’s comparison of its endowments to private institutions such as Harvard and Yale creates a concerning precedent regarding its financial priorities – one that seems to reflect a trend in privatization, not transparency.

It’s true the Centennial Campaign hasn’t completely abandoned mental health through poor financial allocations. The Depression Grand Challenge and the Screening and Treatment for Anxiety & Depression Program have been included in the campaign’s efforts to address mental health issues. The funds are being utilized to further these projects, but they’re not a direct part of current student services like CAPS. Alongside new projects, the funds still need to be directed to the institutions on campus that will stay – even after the donations and grand challenges are gone.

Transparency isn’t always as pretty as the centennial-themed decor, but it’s vital for UCLA’s public to know where its money is going.

Over the last 100 years, a stack of donations covered by a curtain did not bring UCLA to where it is today.

And it surely won’t for its 200th birthday, either. 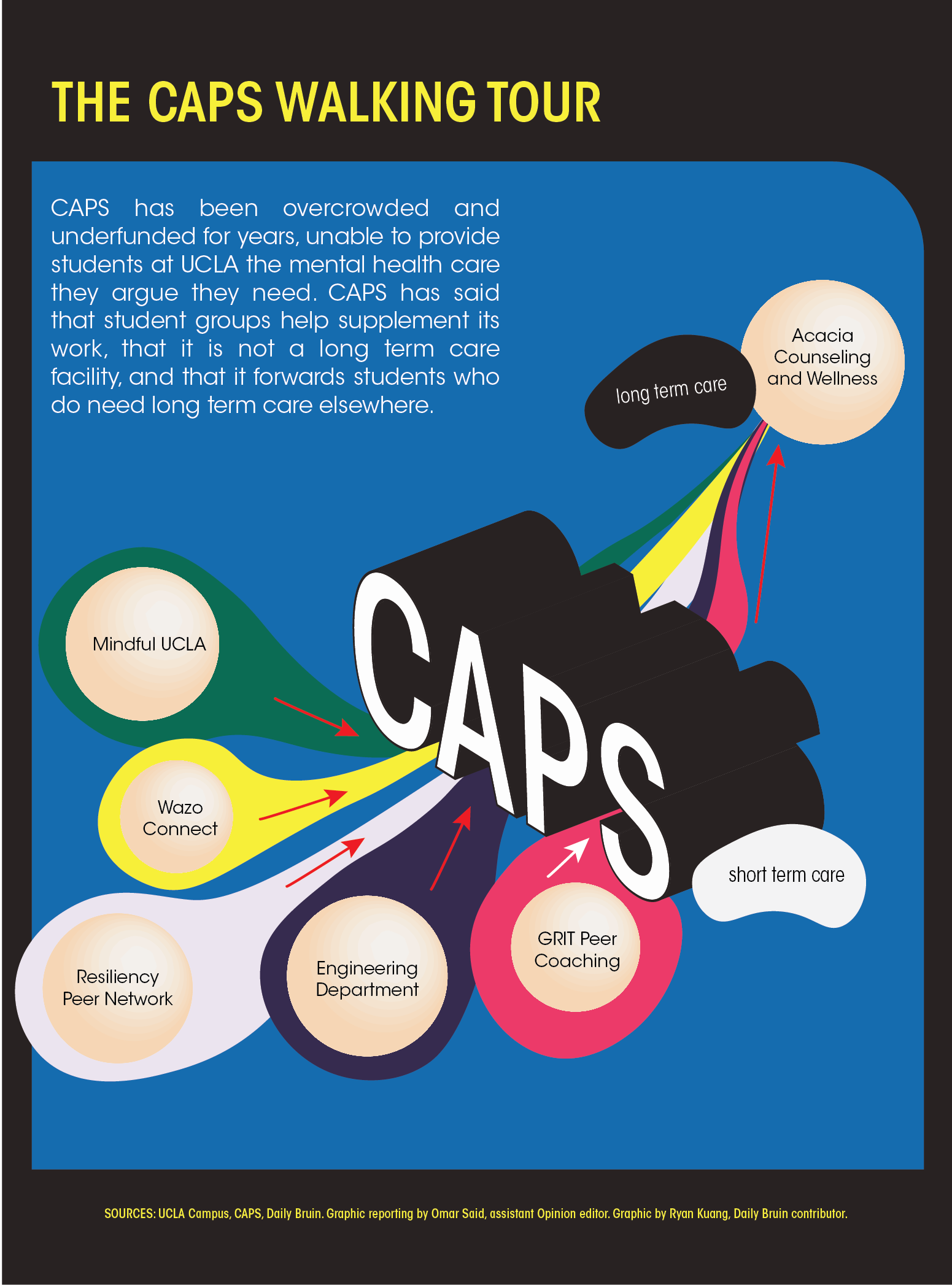