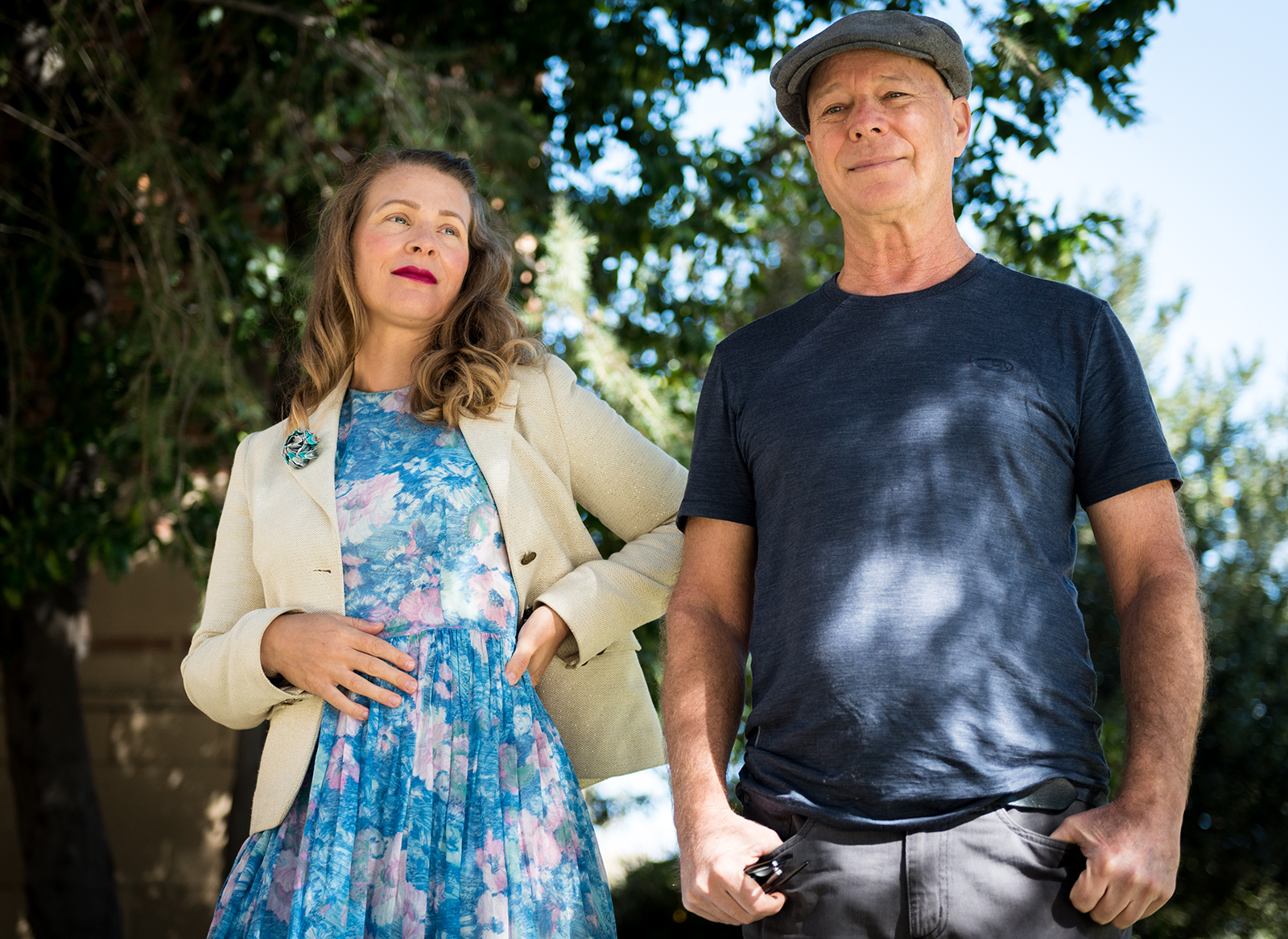 Through both their curriculum and married lifestyle, Tamar Christensen and Randy Fallows urge others to be more environmentally sustainable.

Christensen and Fallows, both UCLA Writing Programs lecturers, spotlight many environmental documentaries and readings in their syllabuses to encourage their students to form more environmentally conscious habits. They have also instituted such habits in their home life in efforts to reduce their contributions to climate change.

While they began their joint efforts nearly 17 years ago, both made individual strides to reduce their carbon footprints long before marrying.

Both Fallows and Christensen are vegetarian. Fallows adopted the diet in the ’80s, while Christensen followed suit a decade later. Fallows said he also avoided single-use plastic bags for decades before Los Angeles banned them in 2013.

They continued these sustainable habits once married, but Christensen said their dedication to lead a sustainable lifestyle greatly increased four years ago after she decided to stop driving following increased anxiety because of a loss in her family.

“I would only have these anxiety attacks when I was driving in particular situations, so I thought I’d just take a break from driving for a little bit,” Christensen said. “But it turns out the break was enjoyable.”

Christensen soon realized her days were more relaxing if she didn’t drive, which led to her and Fallows deciding to convert from a single-car household to a car-free one.

Once they realized that solely relying on public transportation was not only feasible but also pleasant for them, they became more environmentally conscious in other aspects of their daily lives.

“We really cranked things up a lot four years ago when we sold our car,” Christensen said. “That set off a chain reaction of hitting other parts of our lives as well, which we took on as a team.”

This catalyst led Fallows and Christensen to make changes such as avoiding single-use packaging, shopping at farmer’s markets and limiting air travel to once a year. Fallows said that climate research from the past decade convinced him the climate crisis is much more dire than he previously thought.

“We’ve been reading more about the situation with the climate, and it’s much more dire than we thought it was six or seven years ago,” Fallows said. “I have to do this just to sleep at night – to know that I’m not contributing to these problems or blindly trying to ignore that they’re there.”

Christensen said the more adjustments they make, the more they are encouraged to find other ways to sustain their eco-friendly lifestyle.

“We know (climate change) is bad, but most people don’t know how much,” Christensen said. “Without knowing the details, it’s easy to say ‘I’m doing this and that’s enough for me,’ but the sad reality is that no matter what any of us are doing, no one has reached enough yet.”

In addition to bringing more eco-friendly practices into their personal lives, Christensen and Fallows also spread awareness by employing sustainability as a theme for class assignments.

By asking students to write about environmental documentaries and personal experiences with the environment, Christensen said students direct attention to the wasteful actions in their own lives.

Sneha Thirkannad, a third-year biology student and a past student of Christensen, said her time in her research-based academic writing course motivated her to take action both on campus and in her personal life.

“I considered myself eco-friendly beforehand, but I didn’t realize how much the environment really affected everything,” Thirkannad said. “(Learning) that inspired me to change for the better.”

Thirkannad said Christensen’s class revealed connections between her personal life and the environment as a whole, such as how her future career as a doctor would be plagued with single-use packaging for syringes, gloves and other materials.

“I grew up wanting to be a surgeon, and I never really thought that the environment had anything to do with medicine,” Thirkannad said. “But through her class, I realized that every single aspect of our lives is connected to the environment in some way or form.”

In an effort to act upon the environmental issues she learned about, Thirkannad said she has campaigned for a station on campus where students can fill reusable containers with toiletries such as lotion and soap.

“I would never have thought about these things if it wasn’t for (Christensen), and I really admire her for that,” Thirkannad said. “She made me see how small changes can make a big difference in the long term.”

“The more we do, the more it provides a desire to do more,” Christensen said. “It’s sort of like when you go to the gym. You have a really successful day at the gym, and you may be exhausted, but you want to have that kind of success again.”

Instead of framing changes as losses or inconveniences, it is essential to recognize where unsustainable conveniences, such as driving every day or using single-use plastic, can actually hinder your lifestyle, Fallows said.

“We get blinded to the problems of something when it’s convenient,” Fallows said. “We don’t really think about how much more convenient it would be to give up those things.”

While walking more instead of driving is better for the climate, Christensen said it has also improved her social life. She did not interact much with her neighbors when she had a car, but said her now walking-based lifestyle helped her build friendships within her community.

“I would (drive) past their houses all of the time, but now we probably talk about gardening when (I) walk by, or share produce with each other,” Christensen said. “We don’t have to walk, we get to go for a walk.”