UCLA Library Special Collections offers a firsthand glimpse into the past 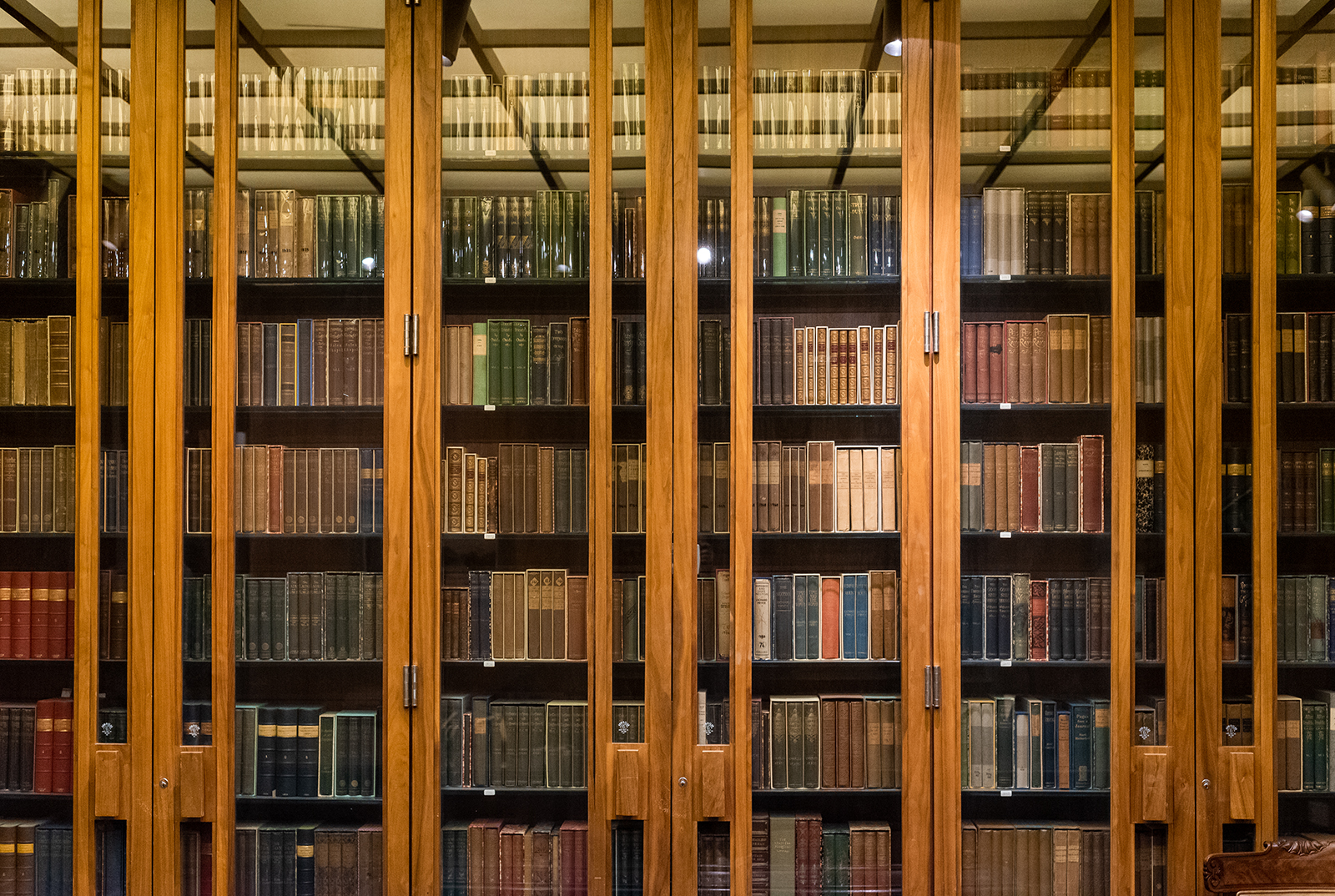 UCLA Library Special Collections holds half a million books, manuscripts, photographs and many other primary sources, and is open to the public. (Joe Akira/Daily Bruin staff)

On the curator’s table in the Charles E. Young Research Library lay a book over four centuries old.

Devin Fitzgerald, curator of rare books and history of printing at the UCLA Library Special Collections, gingerly flipped it open to an almost-shimmering depiction of Jesus and the 12 apostles. But what caught the eye was the script surrounding the art. In neat lines, the letters flowed smoothly into one another, running right to left. This was a 16th-century Bible printed in Arabic.

“And the really cool thing about this copy,” Fitzgerald said, “is that some European took notes in the margins in Arabic.”

Courtney Jacobs, head of outreach and community engagement at Special Collections, had kindly agreed to allow the Daily Bruin a glimpse at the diverse archival collections housed by Special Collections and gain insight into the running of the department itself.

Special Collections is a subdivision of UCLA Library that has, since its creation in 1946, provided students, faculty, staff and visiting scholars access to an immense selection of rare, primary-source material for use in research, according to an educational booklet it publishes.

However, the only thing students are usually told about Special Collections during New Student Orientation is that it contains a book bound in human skin.

“We actually sent it off for chemical analysis,” Fitzgerald said. “Sheepskin. Disappointing.”

Some students might have seen the apparently small room Special Collections is headquartered in at the A-level of Young Research Library. But the department actually has two branches on campus – the other is in the Louise M. Darling Biomedical Library – with a vast collection of about half a million items, or, in Special Collections lingo, half a million “recorded information objects,” Jacobs said.

“So this is what we keep (at Young Research Library),” Jacobs said as she stepped into an underground environment-controlled chamber. Dozens of ceiling-length rolling stacks filled with archival material occupied the space. “It’s a very small collection of what we have.”

Special Collections specializes in historical Italian texts, but its mission statement is to find material to represent the diversity and history of California, Fitzgerald said.

“Because Los Angeles is so diverse, that means everything is game,” he said. “And so, I’ve spent a lot of my budget this year on these … early books printed in the Philippines. Because Los Angeles has a huge Filipino population.”

The books Fitzgerald was referring to were Christian sermons written in Spanish, but printed on Chinese paper and circulated in the Philippines.

Another prominent feature in the collection were a number of boxes marked “DA VINCI.” Jacobs slowly opened one in what looked like a scene from Dan Brown’s book “Angels & Demons.”

The box contained a facsimile, or faithful copy, of Leonardo da Vinci’s original notebooks. One could see in incredible detail the seemingly rushed strokes of his pen, the beautiful geometric diagrams he must have labored over, and his famed mirrored writing. In order to understand his handwritten Italian, one would have to reflect his text on a mirror first.

“This is meant to be an absolute reproduction, to look and feel almost identical to his notebooks,” Jacobs said. “And we have many other (facsimiles) of the books that were listed in da Vinci’s library.”

These books do not just sit around in Special Collections. A large part of Jacobs’ and Fitzgerald’s jobs is assisting professors who request help finding original materials to use in their lectures, they said.

For instance, one faculty member teaching a class on Catholic saints wanted to incorporate Special Collections in her discussion about the martyrdom of St. Thomas More, a Catholic who was sentenced to death by Henry VIII, Fitzgerald said.

“And you know, it’s perfect, because it turns out this book has a whole pamphlet on English martyrs who were killed by Protestants,” he said, casually grabbing a nearby centuries-old book. “So they talked to me, I researched the collections, and then I bring it to the class and we usually have some activities.”

In another instance, Kathryn Renton, a history professor for a class on food revolutions in Europe, used original 18th-century cookbooks to understand how people developed the concept of a recipe and how tastes have evolved over time.

“We looked at … household manuscripts, like someone’s private collection of their favorite recipes, or things handed down over the generations,” Renton said. “We got to recreate one of the recipes in the kitchen. And they had, you know, personal notes from the users, as well as drawings and dedications, that were trying to show how it could be useful in everyday life.”

Special Collections houses thousands of books. It does not restrict itself to collecting just literature, however.

One of the seven curators hired by Special Collections specializes in curating dance.

“We actually have really impressive collections related to dance,” Jacobs said in reference to a Martha Graham collection the library had recently acquired. “Because it’s really a good question of, like, ‘How do you document dance?'”

The answer, she said, is a lot of photography.

Next, Jacobs walked to her office, where the oldest item Special Collections houses currently resides.

“This is a school text of lexical exercises in abstract nouns,” she said as she handled a roughly 4,000-year-old tablet impressed with ancient Sumerian writing. “So just like when you were in school, you had to practice writing.”

Having seen the immense diversity, and fragility, of the collections – Fitzgerald had recently acquired for the library some ancient Indian Tamil-language texts on fragile leaves which looked ready to crumble at the slightest touch – one might understandably expect that access to this wealth of resources would be a long and difficult process. One would be wrong.

“Anybody, as long as you’re 18 and you have valid government ID, you can come and use Special Collections – we’re open to the public,” Jacobs said. “Though we do ask that people come with clean, dry hands.”

To Renton, the ability to interact so directly with sources from completely different time periods allows us to look past the rigidity of historical narratives we are often given by history professors.

“When you’re able to look at books or printed materials or handwritten materials from the time period, you can physically handle it, and you can try to understand how that information was packaged and conveyed and how it might have been received by its intended audience,” she said. ”Which is not necessarily the way that we would receive it today.”