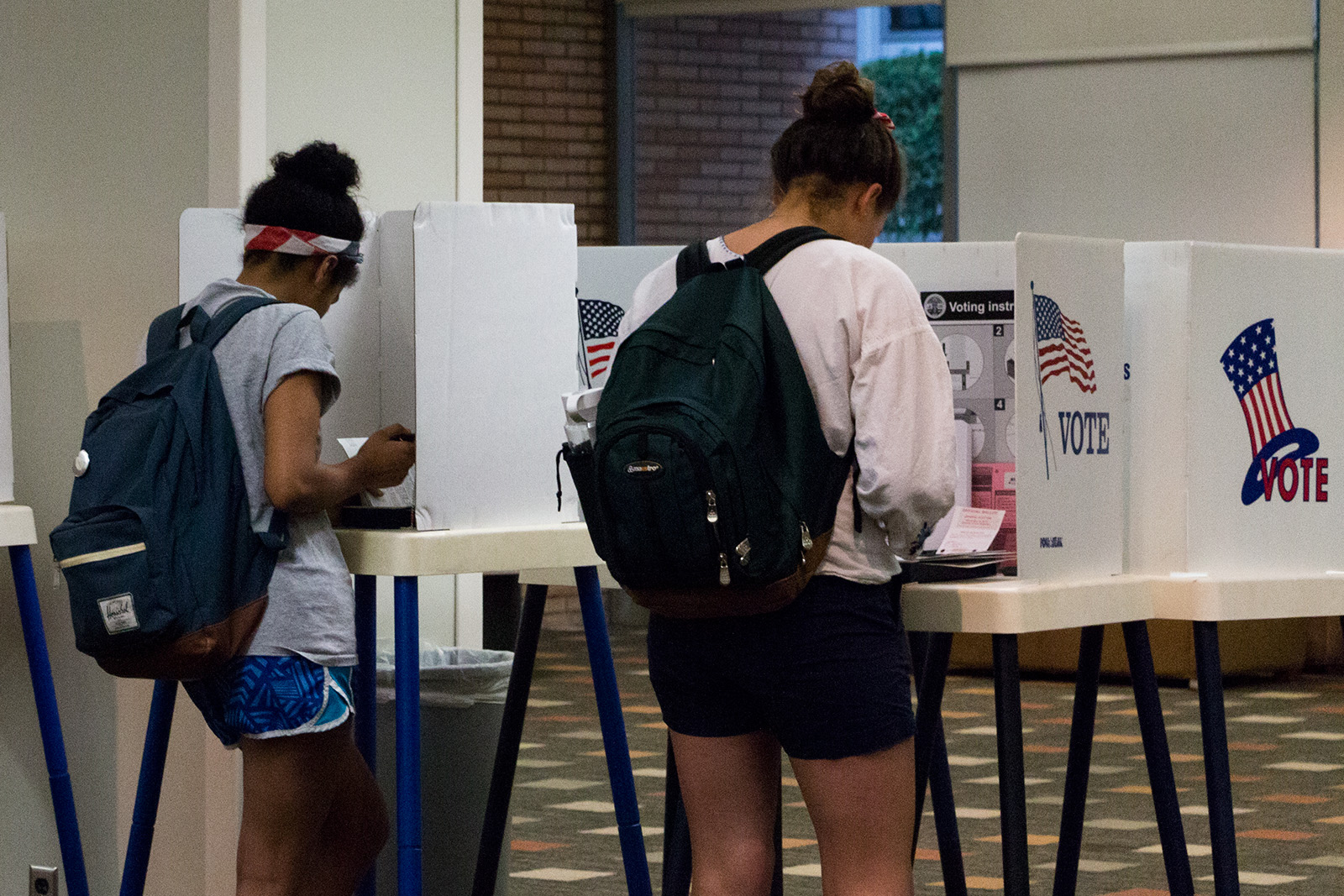 Voters at UCLA will have more flexibility in how they cast their ballots under countywide changes that will take effect in 2020.

Citizens can vote as early as 10 days before election day on a tablet device at any voting center in the County of Los Angeles, said Metro and West LA field deputy Erin Seinfeld. The changes are being introduced by the LA county registrar-recorder office as part of a program called Voting Solutions for All People.

“Voting is going to completely change, and we’ll start with the presidential election next year,” said Seinfeld, who acts as a representative for the third district county supervisor Sheila Kuehl.

“The tablet isn’t connected to Wi-Fi or Bluetooth or anything, it’s not susceptible to anything,” Seinfeld said. “It’s just a printer. So it now makes it much more accessible for people to vote.”

The county is also doing away with roughly 5,000 polling places in favor of about 1,000 universally accessible voting centers. Previously, voters would be assigned to a specific polling place. Under the new changes, voters can visit any voting center.

Matt Barreto, a UCLA political science and Chicana/o studies professor, said these progressive changes should make voting easier, but the changes can also confuse voters because they eliminate thousands of traditional polling places in favor of voting centers.

“It has the potential to be very helpful but there needs to be a lot of voter education,” Barreto said. “Whenever you do a massive change to the voter system, you need massive outreach.”

He added similar changes in Washington and Colorado had a mixed effect at first because voters took time to understand the changes.

The electronic devices are not networked, so there should be no security concern, Barreto said. He tried the new interface at a county-sponsored demonstration and likened it to interacting with an ATM machine.

“I used it myself at a county demonstration and it seemed improved over traditional voting and straightforward, but it is very different,” Barreto said.

“You can still vote with a mail-in ballot, or on election day you can register to vote right there in LA county,” Barreto said.

Some students were receptive to the changes and said they think the changes would make voting more accessible. Taylor Kane, a fourth-year English student, was unable to vote on campus in 2017 because she was registered outside of the county.

“I think that’s really important because some people on campus might not realize how far in advance (they should register to vote),” Kane said. “They might not have the opportunity to register and then you don’t want somebody to lose their vote, especially these days. I feel like every vote counts.”

Alan Goff, an education graduate student, said he has never had obstacles stop him from voting, but said he understands the problems some people may have when there is only one day to vote.

“I think about students, I think about workers who can’t get in on the one day they can go in or make it across town,” Goff said. “That can be one of the things that gets in the way of people being able to vote. So, in general, increasing their time, increasing access are really good things.”

Mylan Mayer, a first-year bioengineering student, said the changes would make voting more accessible but also expressed concerns that voting on a tablet could cause confusion for some.

“I think it would create more of an issue for older generations that aren’t necessarily as familiar with the technology,” Mayer said. “So they might find it isolating or difficult or just cause voting confusion.”

Demo voting centers will be available until January 2020 at rotating locations.