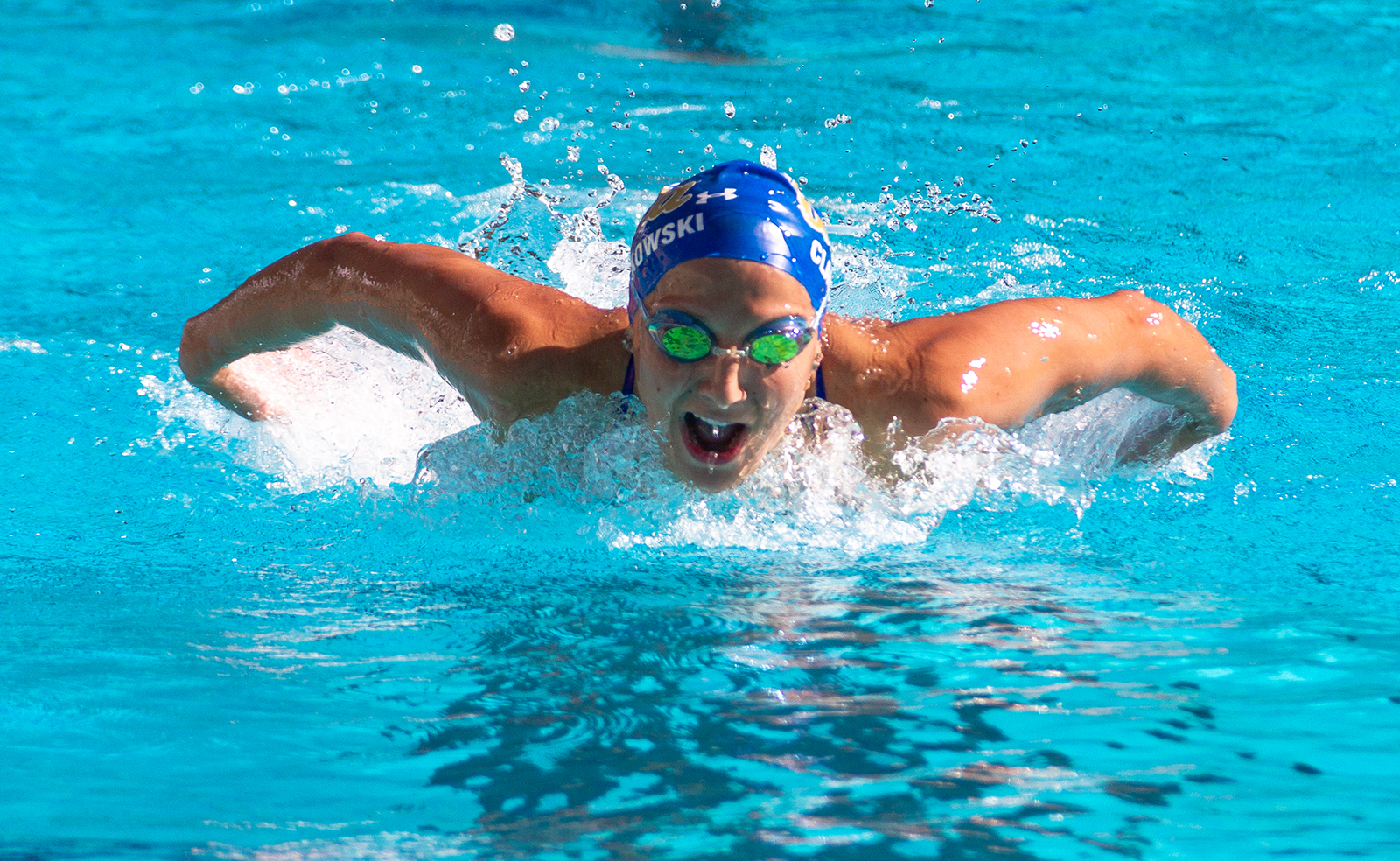 It was the last individual race of the afternoon that ended up being the closest.

Senior Kenisha Liu was swimming the 200-yard individual medley for the Bruins, and with just the backstroke portion of the race to go, she was just behind the Gauchos’ Zoe Cosgrove. But in the UC Santa Barbara swimmer’s best event – having won two backstroke events already that afternoon – Liu came from behind to win the race by 0.01 seconds and secure the meet victory for UCLA.

“I had been watching the meet, so I knew (Cosgrove) was really good at backstroke, and that’s my weak stroke,” Liu said. “I tried not to get too far behind, but that didn’t really work, and I ended up pretty far behind. And I felt a little pain, but at that point it was like tunnel vision, like ‘I’ve got to catch her,’ so that helped me finish the race.”

UCLA won 12 of the 14 events in Friday’s dual meet, including both relays, the 200-yard medley relay and the 400-yard freestyle relay.

Coach Jordan Wolfrum said when she picks out which swimmers to race in the relays, a large part of her decision is based on the swimmer’s competitive spirit, not just their talent.

“I look for gamers, people who are at their best when the lights are really bright. That’s who we want on relays, people who give their absolute best. I mean absolutely, somebody who’s going to go fast and is reliable,” Wolfrum said. “But also, did they have a great week of training? Do they have a great attitude? Do they want to be on a relay? And do they hate to lose? That’s the best people you can have out there.”

UCSB’s only two wins came from Cosgrove, who won the 100-yard and 200-yard backstroke races.

Despite the Bruins winning the majority of the races, the Gauchos still had a chance to win going into the last two races, as they were down 124-100. But Liu’s 200-yard medley finish secured the UCLA victory.

“I love that we were able to put up a fight and really race them,” Grover said. “It not only makes us better, it makes them better, and it’s just fun to have competition and everyone get better.”

UCLA took the top three spots in three races Friday – the 100-yard butterfly, the 50-yard freestyle and the 100-yard breaststroke. Wolfrum said the Bruins were able to have multiple swimmers score points because of their depth on this season’s roster.

“Our depth is really strong so far, and I think that’s a function of how hard we’re training right now,” said Wolfrum. “Everybody is really having to work and everybody gets a chance to push each other.”