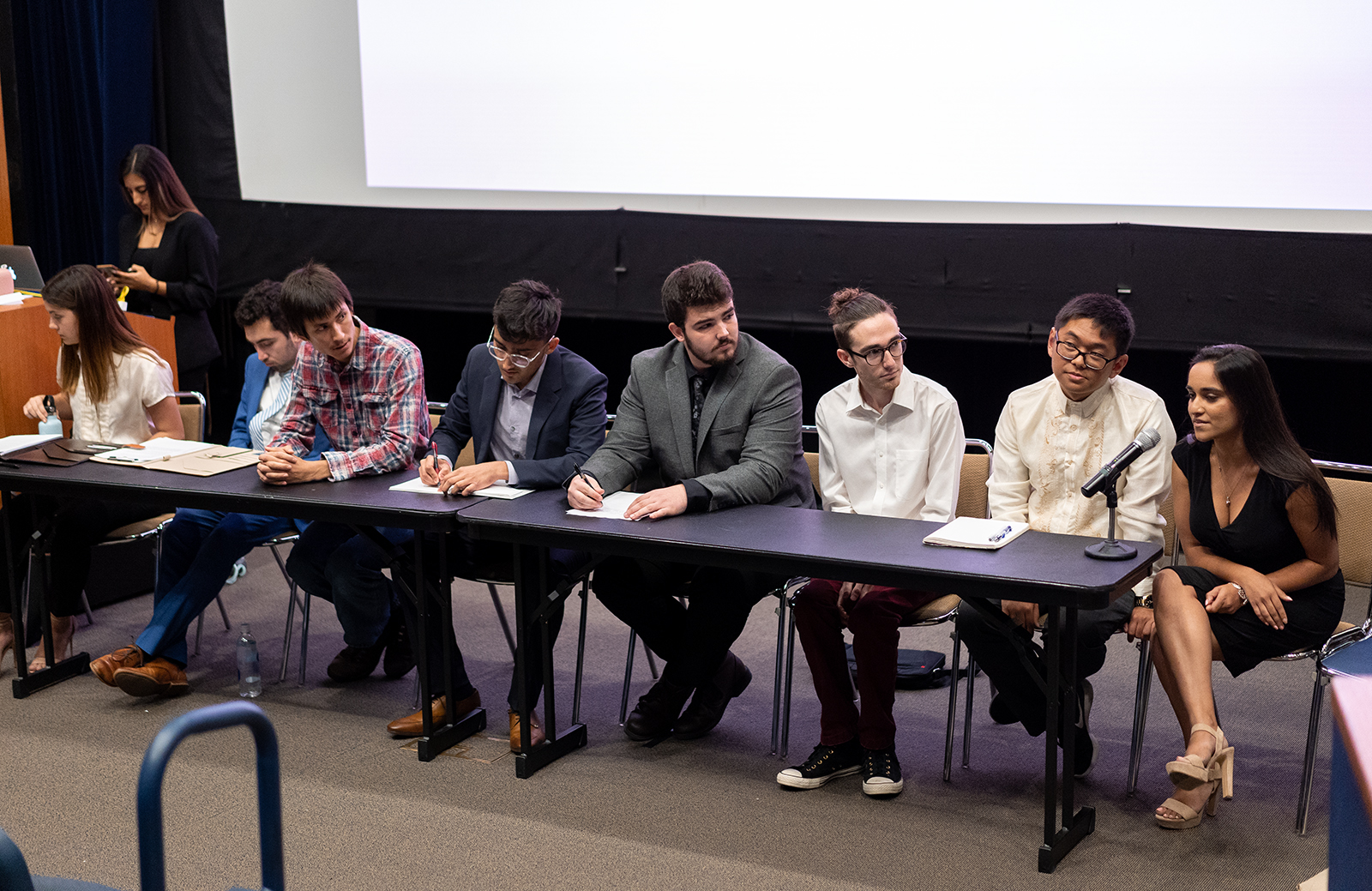 Eight candidates showcased their platforms for the fall special election at a debate Thursday night. About 30 students attended the event, which was held in De Neve Auditorium. Voting for the election begins Monday. (Xuxin Zhang/Daily Bruin)

By Marilyn Chavez-Martinez and Inga Hwang

The 2019 USAC fall special election is being held because not enough candidates ran in the 2019 spring election for the 2019-2020 council. Roughly 30 students attended the debate held in De Neve Auditorium, a building meant for over 470 people.

The debate for the general representative position was split into two sections, with four candidates participating in one and three in the other. Counterarguments were sparing, with most candidates opting to agree with their opponents during the rebuttal phase.

Matthew Richard, who debated against Michaela Capps and Orion Smedley, said he is running to advocate for student workers and nontraditional students. Richard, a third-year political science student, said he also feels USAC should be at odds with and challenge the UCLA administration.

Capps said she thinks USAC should not fight administration, and the council should view them as a means to an end. Capps, a third-year neuroscience and international development studies student, is running on femme-focused platforms, and is the only woman in the general representative race.

Smedley, a third-year physics student, is running on a platform of cost, convenience and sustainability. Smedley said he wants to increase the presence of USAC on campus and improve representation for STEM majors.

Cook, a third-year political science student, said he plans to create student-led workshops to educate faculty on how to become better allies to underrepresented communities.

Suarez, a fourth-year international development studies student, said he is running to advocate for minority student groups. He also said he wants to voice support for the Afrikan Student Union’s demands, which includes a Black Resource Center.

Cook agreed with Suarez and said he thinks it is past time for a black student resource center.

Singh, a fourth-year political science student, said he is not running to represent a specific community, but rather to ensure all students feel their voices are heard.

Broukhim said he thinks his experience on various councils in UCLA and in Westwood gives him the institutional knowledge to carry out his platforms (Broukhim is a member of the Associated Students UCLA Communications Board, which is the Daily Bruin’s publisher.)

Though Srivastava is running unopposed, she fielded questions from the moderators before the general representative debates.

Srivastava, who ran for president in 2019, said she plans to leverage her past experience in public relations and social media to improve the transparency of her office. Srivastava, a fourth-year biology student, also said she plans to establish a fundamental rights program and coordinate with organizations across campus to combat institutionalized racism and sexism.

Election board chair Kyana Shajari, who organized the debate, said she thinks the event went well considering it was a smaller election.

“Obviously, I would like every seat filled here, but there’s only so much you can do with five weeks, but I think considering there (were) only eight candidates running compared to 17 last spring … I count it as a win,” Shajari said. 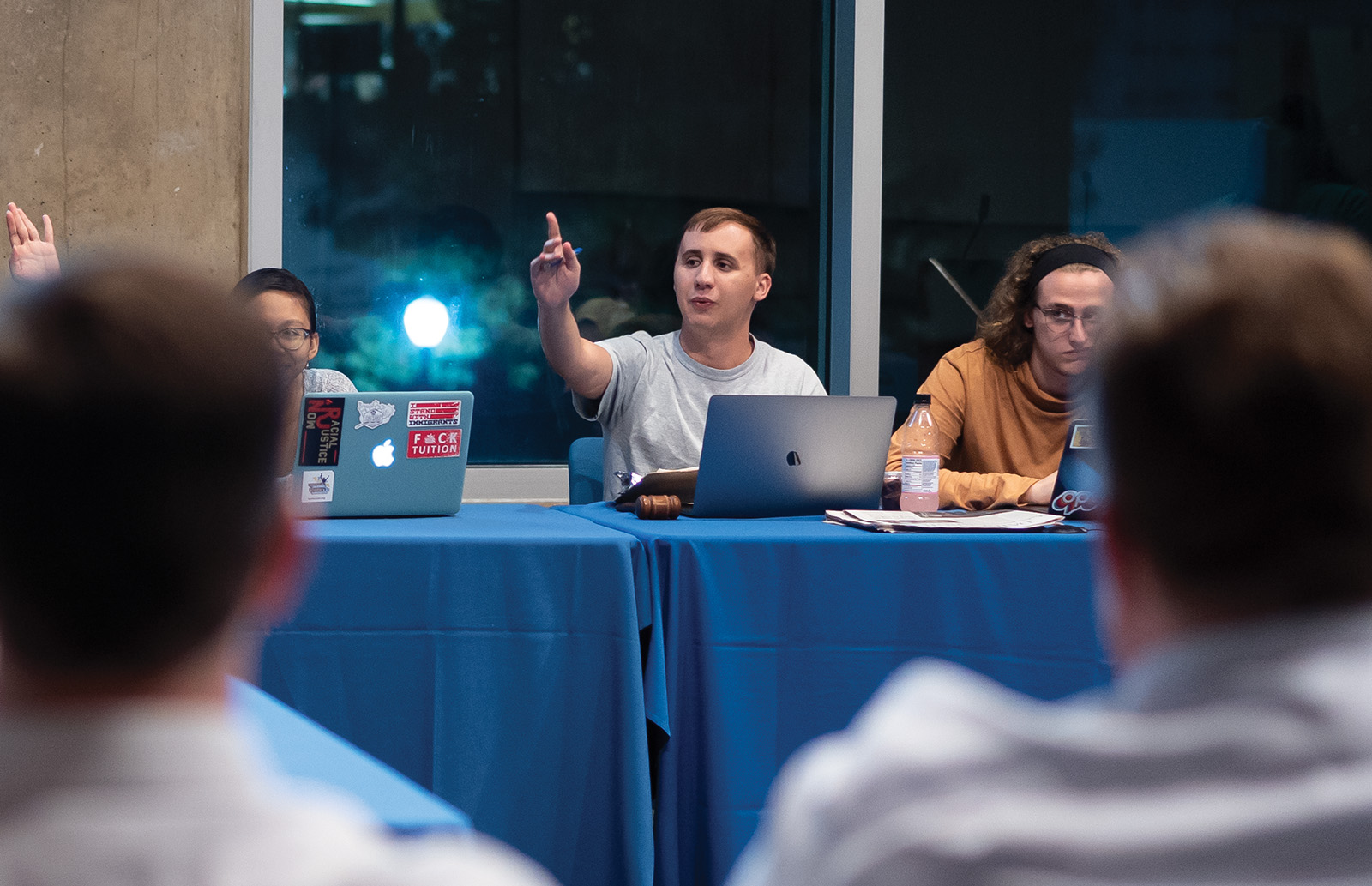