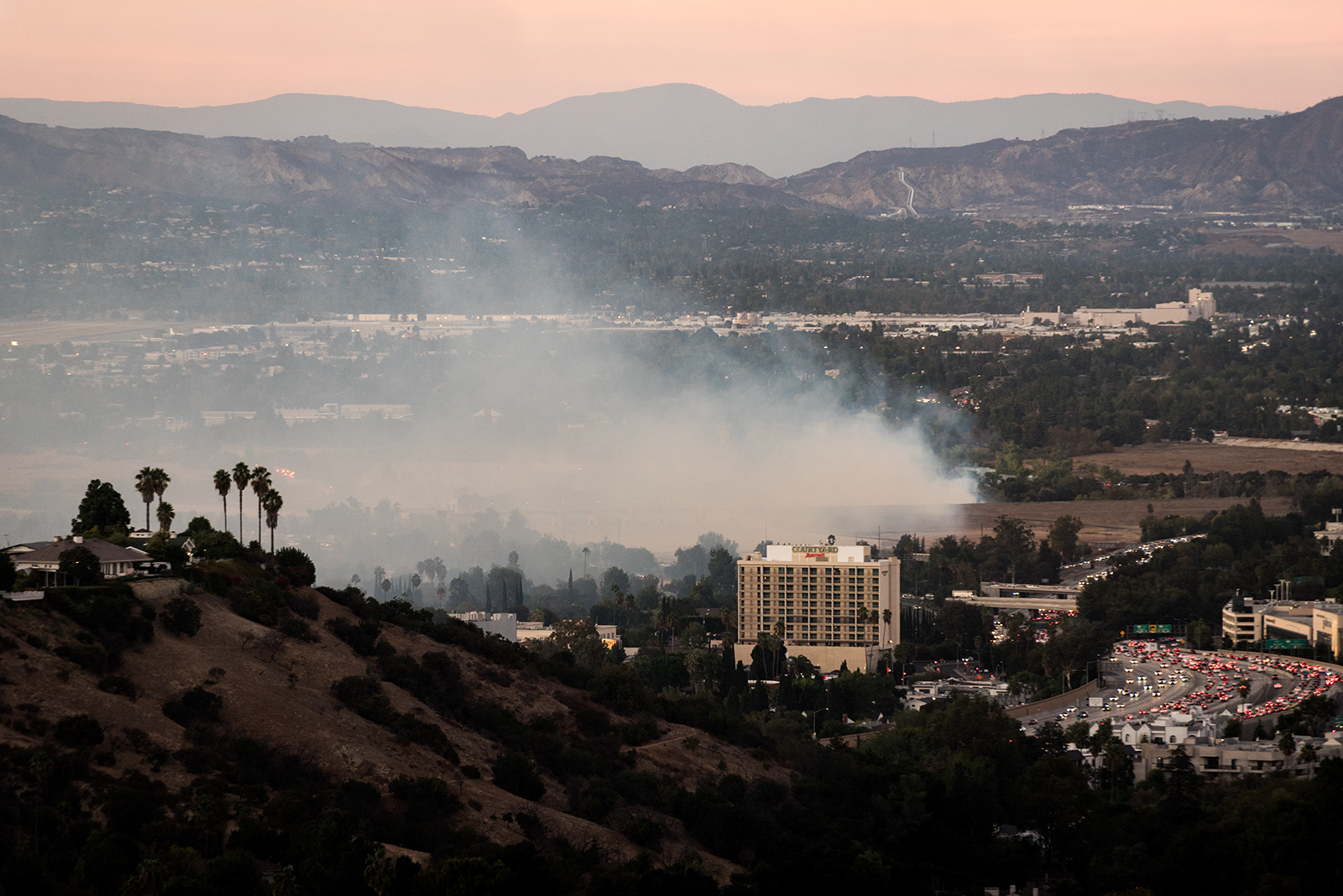 A fire was reported at 4:03 p.m. in the Sepulveda Basin at the intersection of Woodley Avenue and Burbank Boulevard. Ground teams and helicopters responded. (Liz Ketcham/Photo editor)

Firefighters stopped a brush fire in the Sepulveda Basin that was visible from campus Thursday.

The blaze was reported at 4:03 p.m. at the intersection of Woodley Avenue and Burbank Boulevard, Los Angeles Fire Department spokesperson Nicholas Prange said. Initially 2 acres, the fire grew to 60 acres and was 80% contained as of Thursday night, according to an alert by LAFD.

Firefighters used dozers to halt the spread of the blaze. Ground teams fought the wildfire with assistance from helicopters in windy conditions, Prange added. No evacuations or buildings were damaged and no injuries were reported, according to the 9:00 p.m. alert.

LAFD is still investigating the cause of the fire. Firefighters will continue to monitor the area and put out remaining hotspots into Friday.

The fire was moving southwest with the wind, Prange said. A plume of smoke could be seen from campus, and students could smell smoke in the air. Westwood had an air quality index of 61, or moderate, at 5 p.m. The air quality index as of 8:00 p.m. is 41, or good.

UCLA is monitoring the air quality and will issue a BruinAlert if should it reach unhealthy levels, said Assistant Vice Chancellor of UCLA Housing & Hospitality Services Peter Angelis in an email statement.

Housing dispatch and Residential Life staff are able to respond to any student questions regarding the smell of smoke or other fire-related questions, Angelis added.

Although no evacuation orders were issued, LAFD advised residents near the fire to monitor local news, pack up essential belongings and get their cars ready for potential evacuation orders.

“When we say gather your essentials we don’t mean your PS4,” Prange said. “Gather your passport, birth certificate, water and food.”

Northbound and southbound on and off ramps for the 405 freeway were closed. The Southbound 405 Victory Boulevard ramps were also reported closed, and Burbank Boulevard was closed in both directions between Woodley Avenue and Sepulveda Boulevard, according to the alert.

This is a developing story and will be updated as more information becomes available. 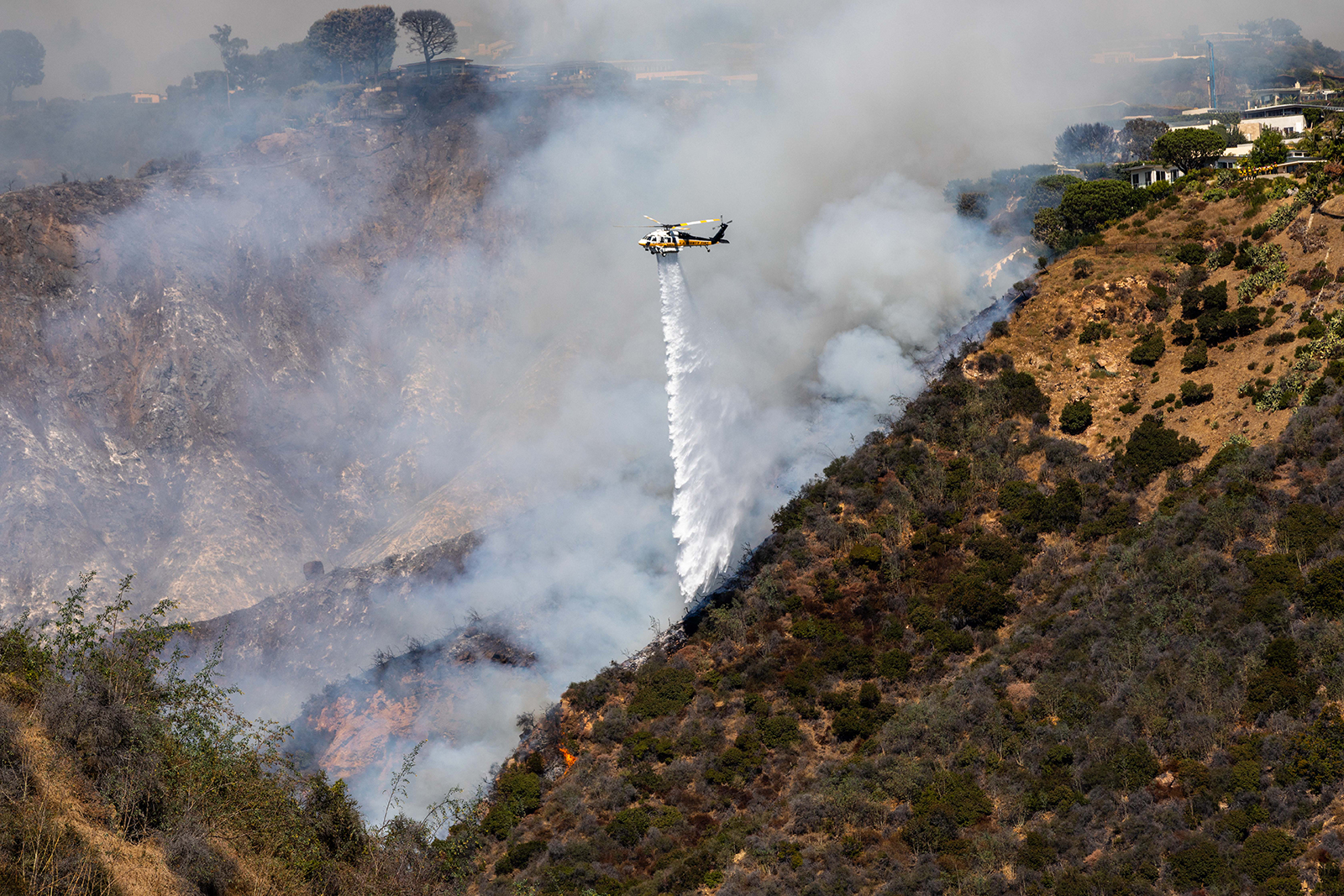 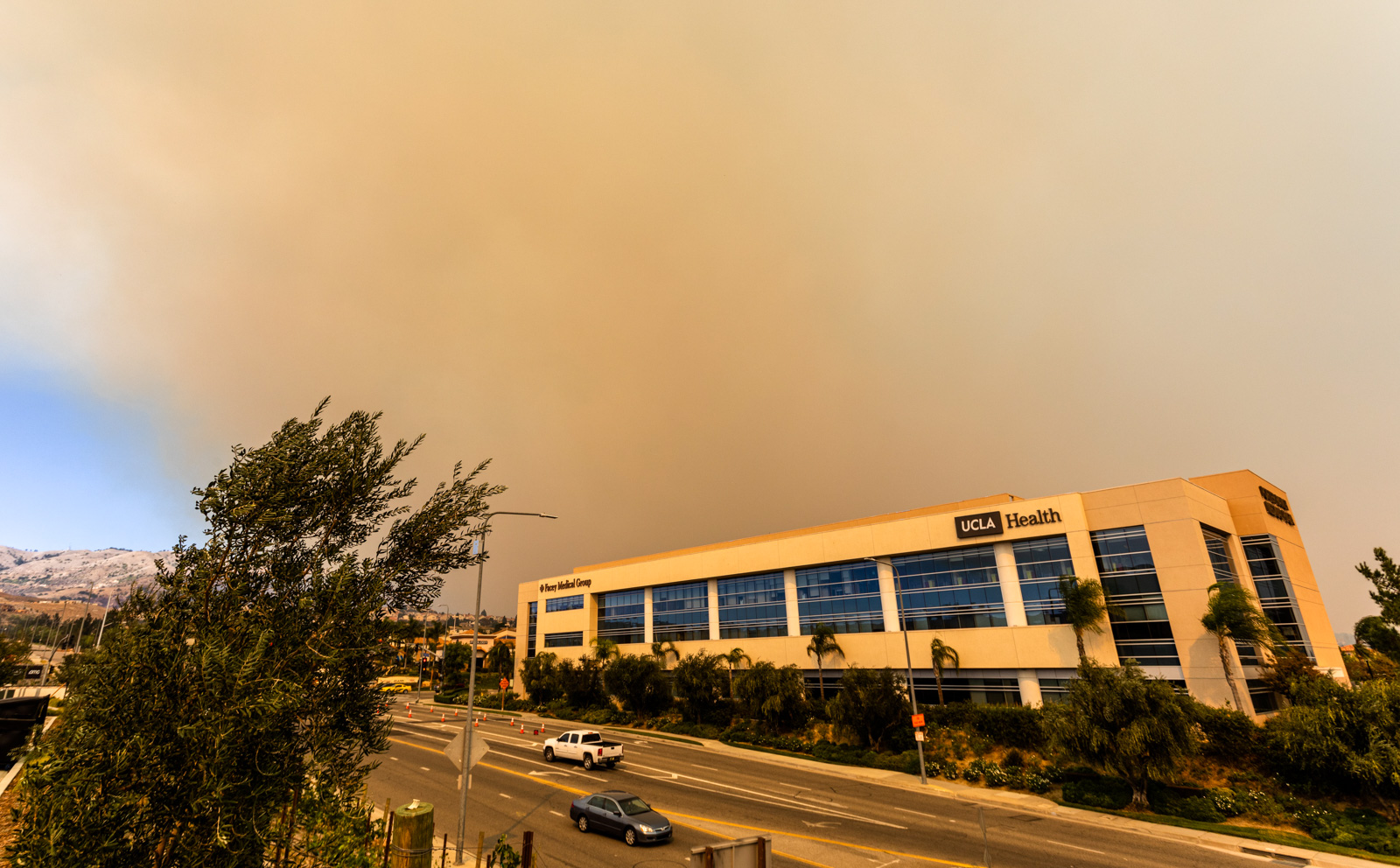