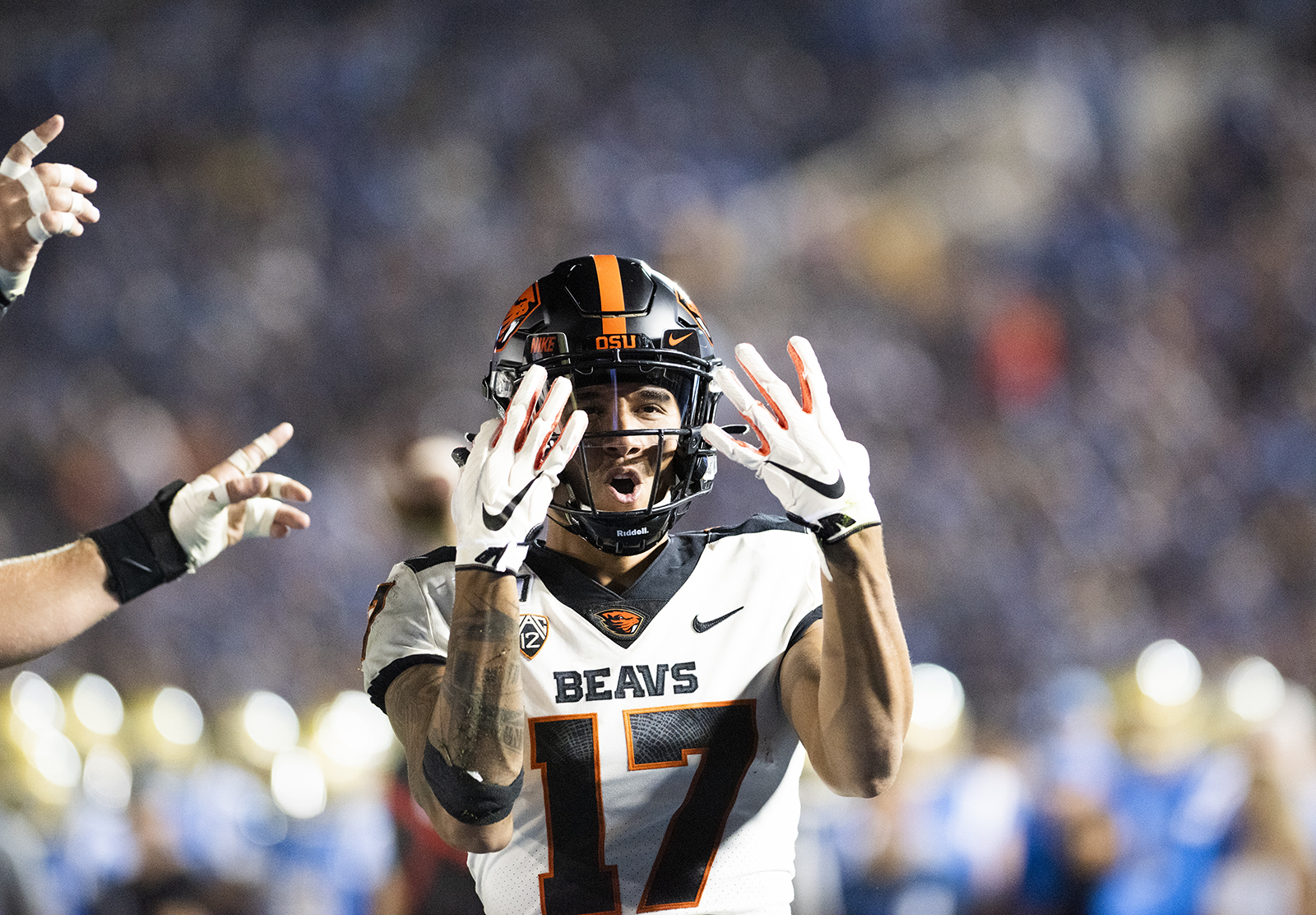 Correction: The original version of this article incorrectly stated USC was unranked. In fact, USC is ranked No. 7.

The race for the Rose Bowl is led by two teams.

Last season’s Pac-12 champion – Washington – is off to a sub-.500 start in conference play with losses to California, Stanford and Oregon. The Huskies have a bye week this week before a showdown against Utah.

Oregon’s biggest threat to the Pac-12 North title by record is in-state rival Oregon State, which stands .500 in conference play at 2-2, including a loss to Stanford in its conference opener. USC is the only non-Utah team with a winning record in the South, and owns the division-lead tiebreaker over the Utes because of the Trojans’ 30-23 head-to-head victory on Sept. 20.

California and Washington State both sit in the cellar of the North division with matching 1-3 records, but both also hold 4-3 overall records. The Cardinal sits fourth in the division, just above the Golden Bears and Cougars at 2-3.

No. 24 Arizona State, Arizona and UCLA all sit tied for third in the South division at 2-2, while Colorado brings up the rear at 1-3. At 2-5 overall, the Bruins have the least wins of any team in the Pac-12 but will have a chance to match Oregon State’s three wins when hosting Arizona State on Saturday while the Beavers have a bye week.

Oregon and Utah will avoid each other during the Pac-12 regular season, but Oregon will close out its schedule with the third team ranked in the Pac-12 South – Arizona State – and second-place in the Pac-12 North, Oregon State. Utah will face three teams with sub-.500 conference records in its last five games.

Just like in each of the last four seasons, Stanford is at the top of the Pac-12.

Before starting its conference slate, Washington ran a 9-3-2 nonconference record – good for a .714 winning percentage. Since opening Pac-12 play with a 2-1 win over Oregon, the Huskies have lost just once, falling 4-0 to Stanford on Oct. 6.

This weekend, the Washington schools will visit Los Angeles to face USC and UCLA in a four-way race for second place in the conference.

The Huskies opened the season outside the United Soccer Coach’s top-25 rankings, but they now find themselves at No. 1.

Washington men’s soccer (12-1-0, 5-0-0 Pac-12) took the top spot in this week’s rankings for the first time since the 2014 season. It has gone undefeated in conference play, shutting out three of its five opponents, never allowing more than one goal in a single game.

The Huskies own the best goal differential in the Pac-12, scoring 29 goals and only conceding six over their 13 total games played. They will make a stop in Westwood on Thursday to face the Bruins at Wallis Annenberg Stadium.

Joining Washington in the top five is No. 5 Stanford (10-1-2, 3-1-1), which has tallied 10 points from conference play. The Cardinal has outscored its opponents 27-8 and concluded its nonconference schedule with a matchup against San Francisco, winning 2-0.

California (6-4-2, 2-2-1) sits in third place, having most recently lost to Portland 2-1 on Tuesday. The Golden Bears were outshot 12-6, and a goal from midfielder Francisco Perez in the 68th minute wasn’t enough to get the Bears back into the game.

Oregon State, UCLA and San Diego State round out the rest of the conference standings. The Aztecs were held to zero points in the first half of conference play, losing all five fixtures. 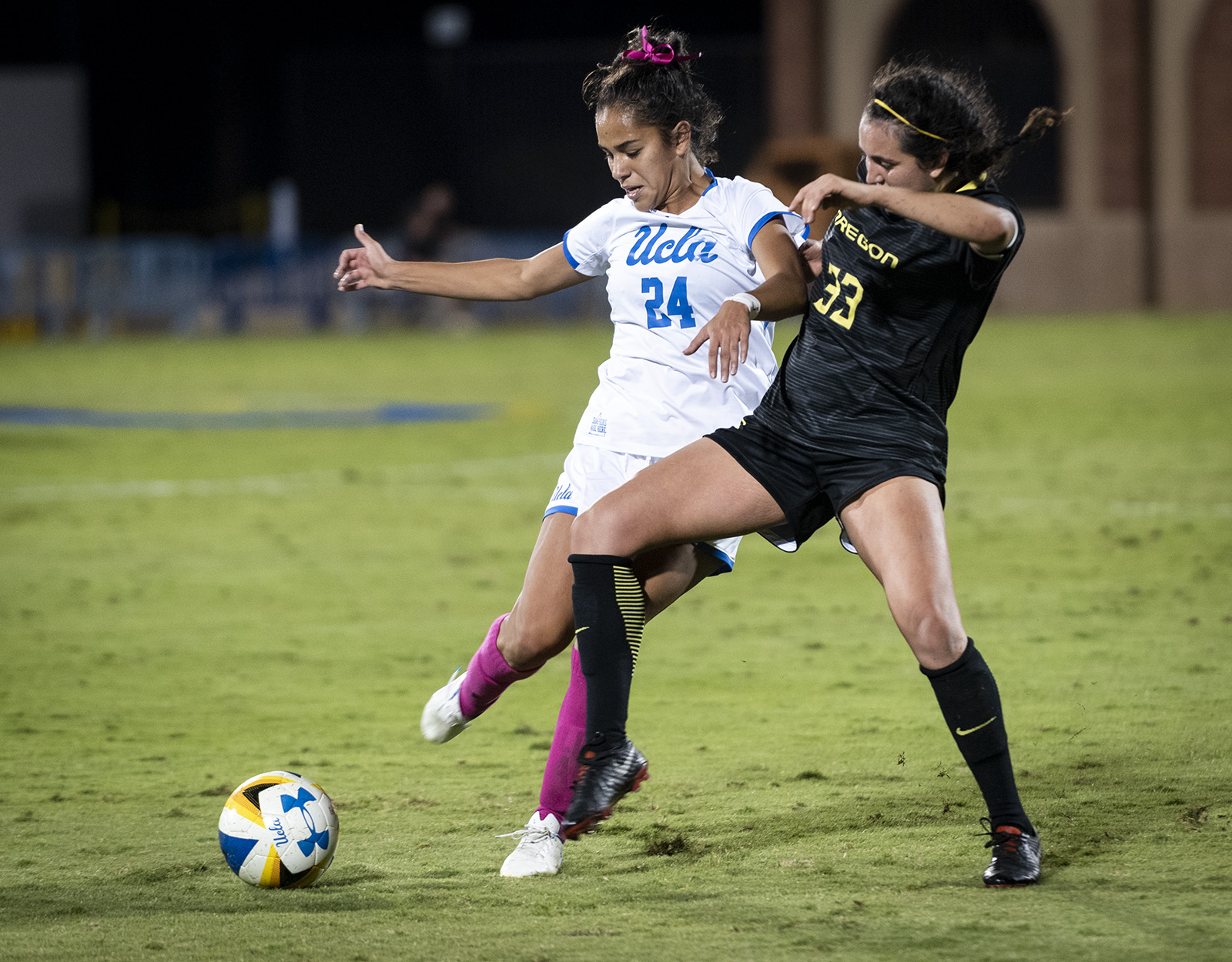 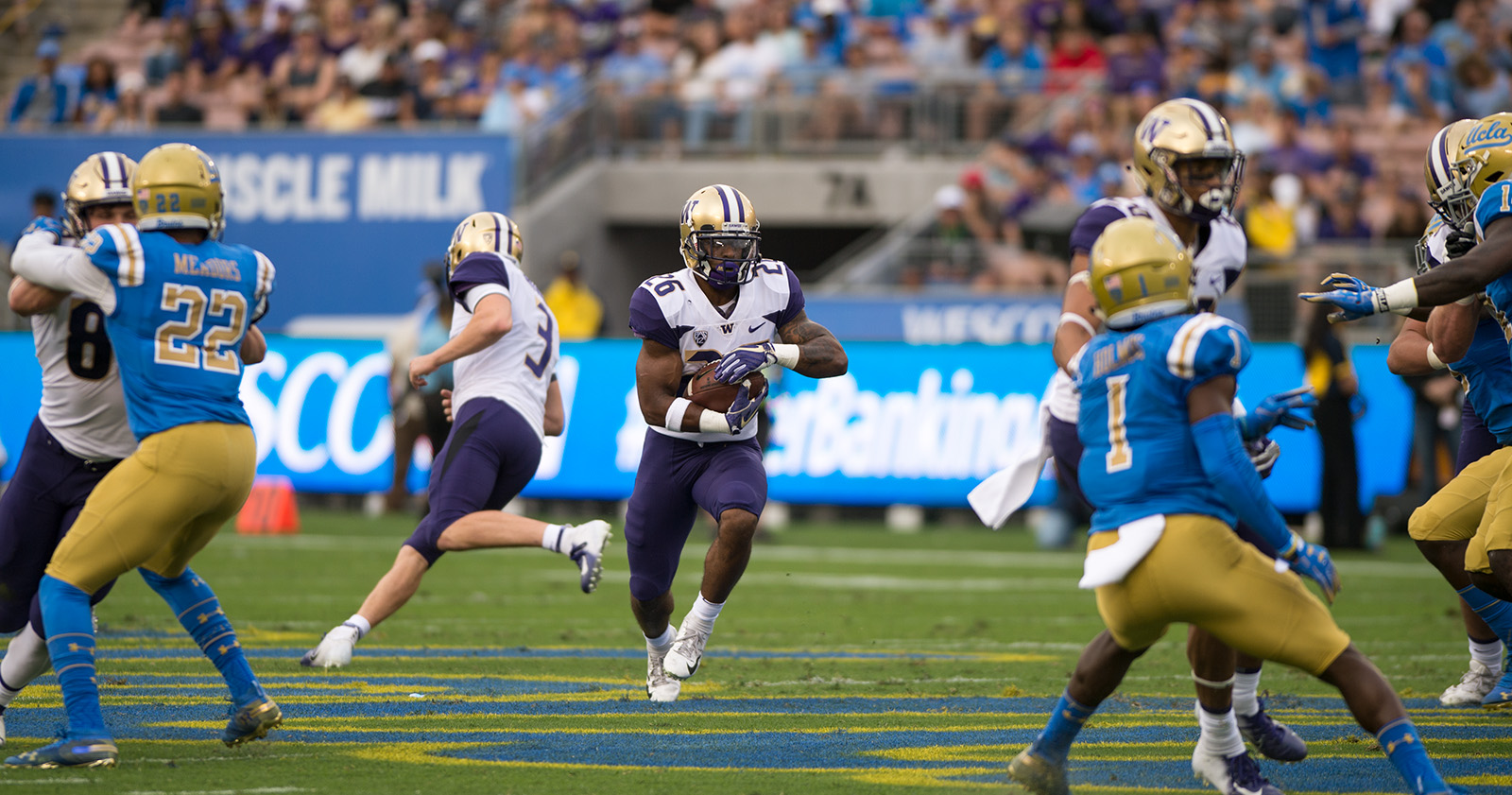 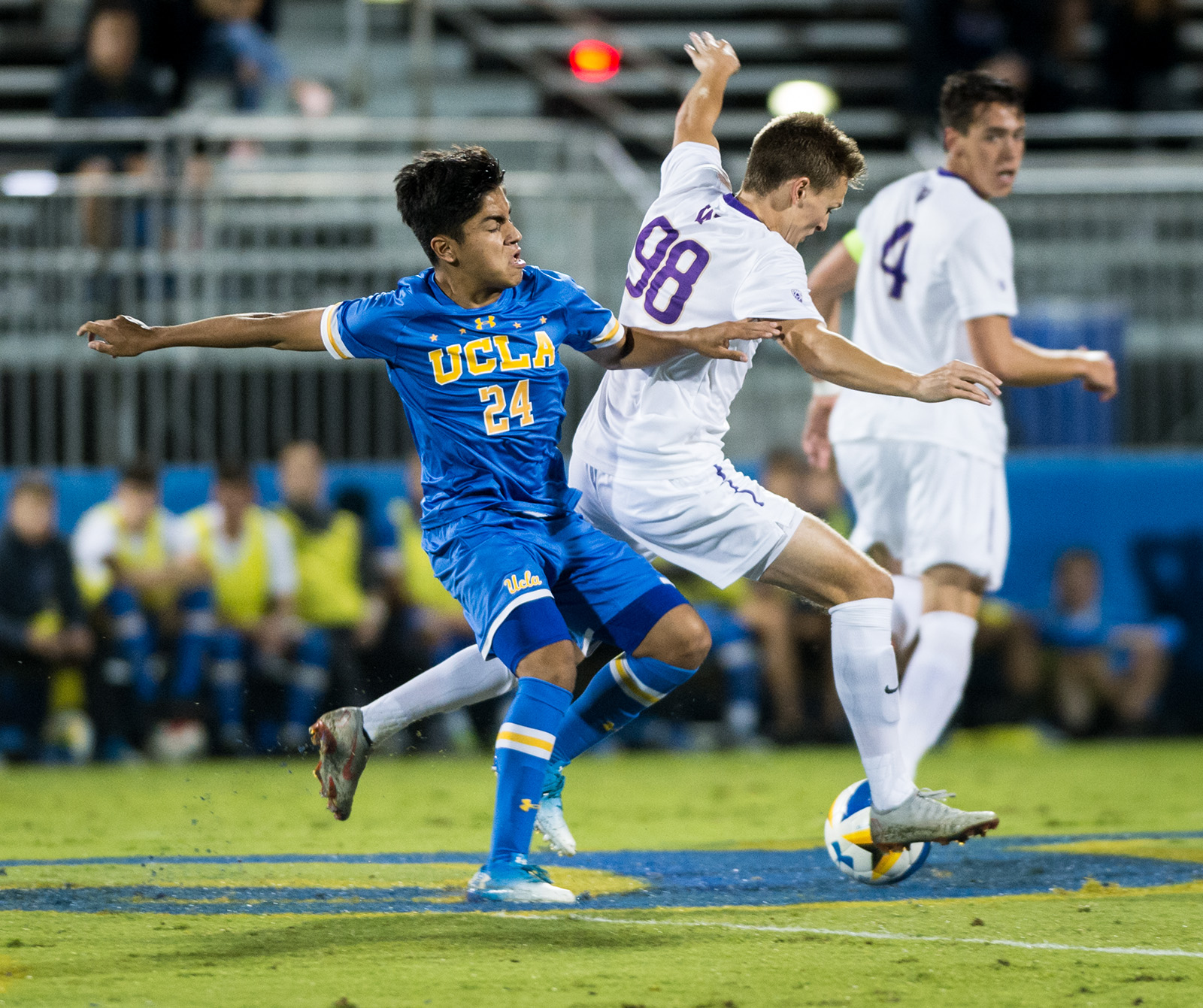 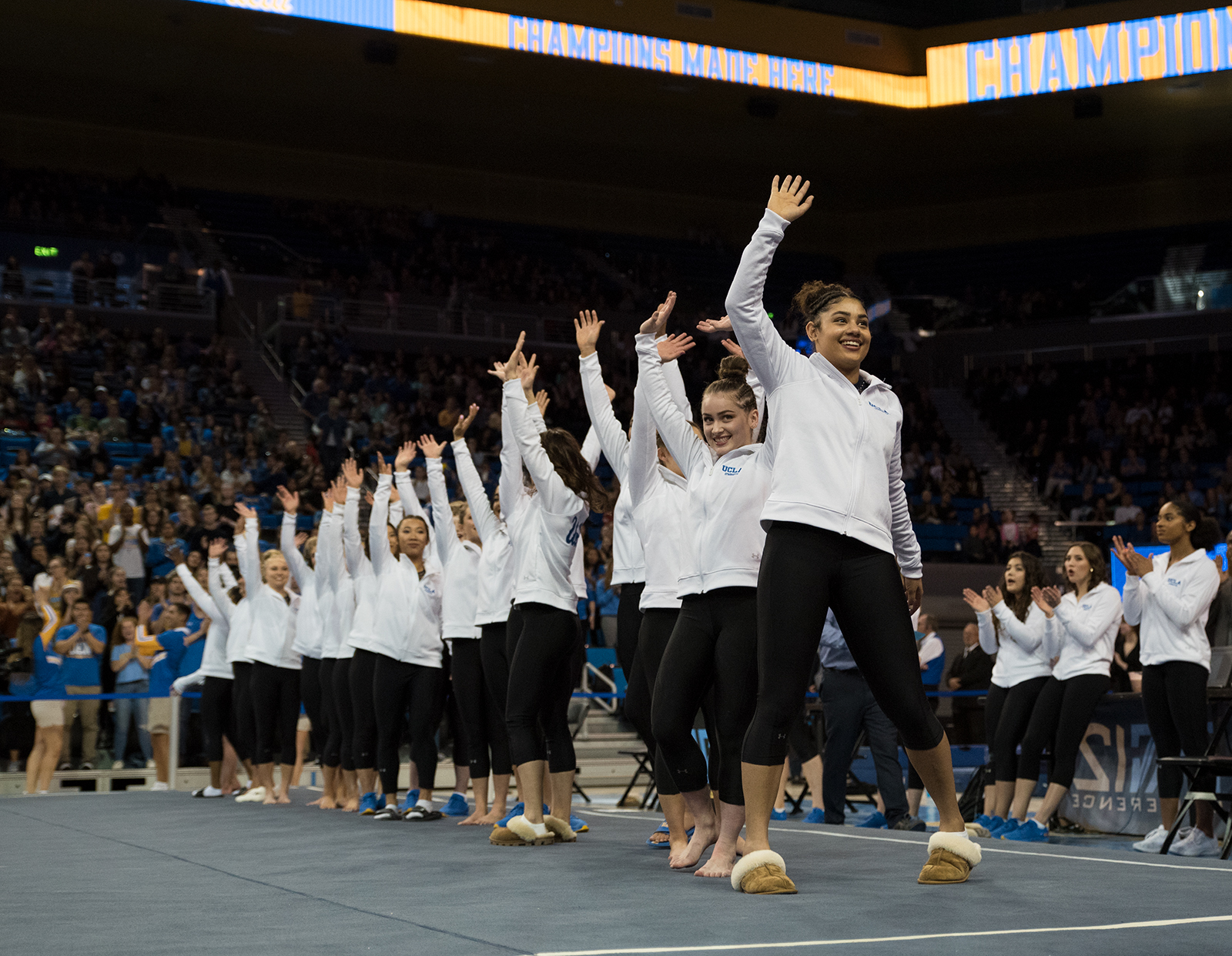