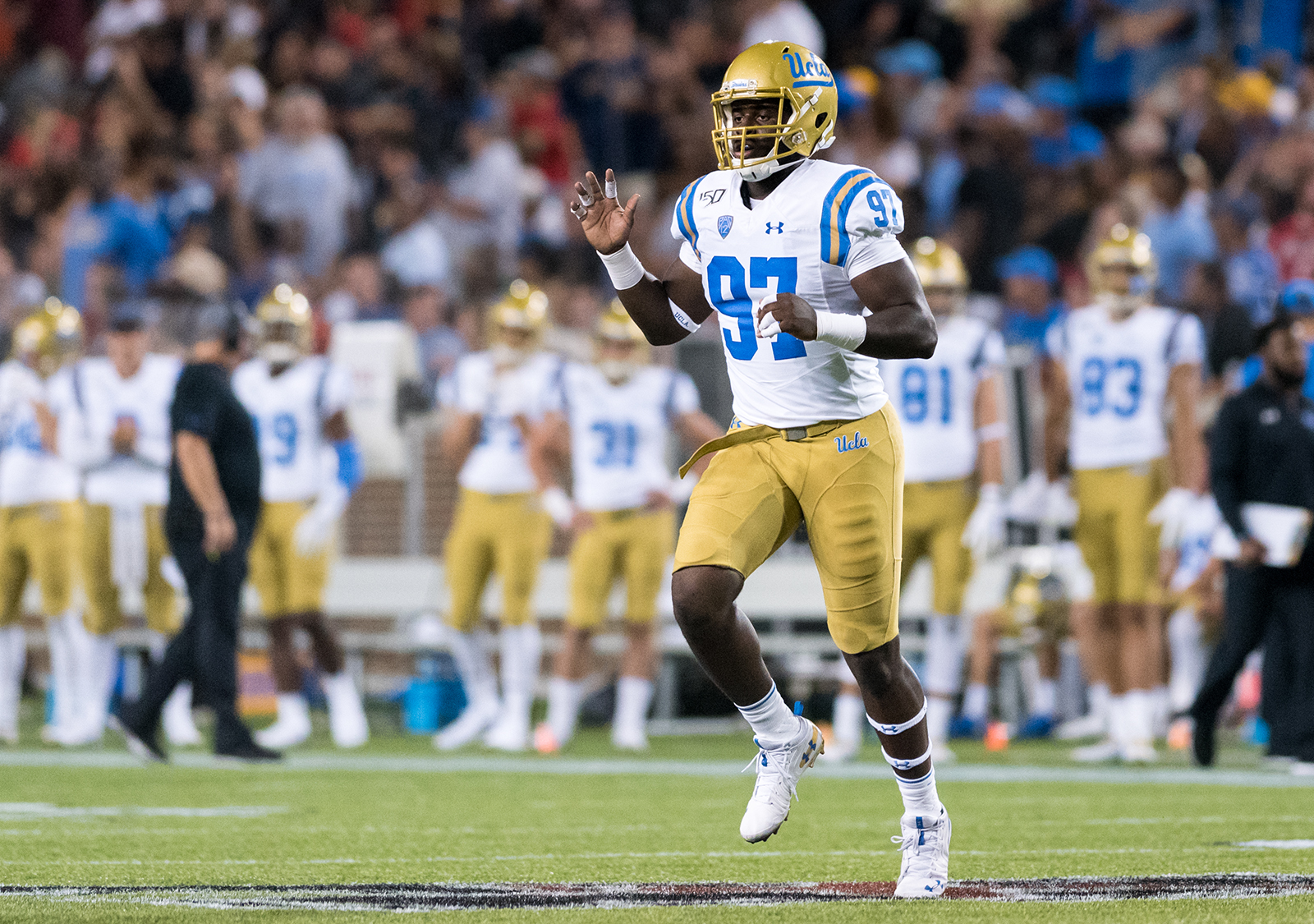 While the Bruins’ offense put up 34 points Thursday night, the defense was the unit that posted a season-best performance.

UCLA football (2-5, 2-2 Pac-12) managed to keep the Stanford offense out of the end zone until there was 2:50 left to go in the fourth quarter. The Bruins held the Cardinal to under 200 total yards for the night, something the squad hadn’t achieved since the 2009 season against Washington State.

“We definitely tried to attack more,” Isibor said. “The D-line tried to dent the line of scrimmage as much as possible, and we tried to affect the game because that’s something we’ve been lacking before then.”

Isibor also said the Bruins’ aggressiveness up front has always been a part of their game plan, but it hadn’t translated in the box score in the first half of the season. In its previous six games, UCLA allowed an average of about 503 total offensive yards from its opponents and averaged a total of just 1.5 sacks per game over that time period.

“It’s the mindset,” Isibor said. “As a D-line, we just need to focus and do what we’re being told to do. Our coach tells us to dent the line of scrimmage, penetrate, wreak havoc in the backfield, and when we do that, we are successful.”

“Before the game, we just told each other to play free,” Blaylock said. “Our coaches tell us, ‘Go out there and play instinct football,’ and that’s what we went out there and did.”

Coach Chip Kelly said he saw improvement within his defense as a whole, as solid coverage in the secondary allowed for pass rushers to disrupt the Cardinal’s pass plays.

“I think we covered really well on the back end,” Kelly said. “When guys aren’t open, the quarterback has to hold the ball a little more, so if you can take away his first or second read, it gives you an ability for your rushers to get home.”

Kelly also said the Bruins’ secondary has matured with each game this season. In Thursday’s game, UCLA held West to 15-of-32 passing and didn’t allow any touchdowns through the air.

Through its first six games, UCLA allowed an average of 3.5 passing touchdowns, including five against Oregon State.

“I think (the secondary) is just maturing,” Kelly said. “We’ve got a lot of young guys back there that are playing for the first time. (Redshirt freshman defensive back Rayshad Williams) is playing well and Blaylock is really coming into his own. I think it’s just a combination of maturity and growth at the back end.”

UCLA will face Arizona State at the Rose Bowl on Oct. 26. The Sun Devils rank among the bottom half of FBS schools in total offense and were held to just three points in their matchup with No. 12 Utah last week.