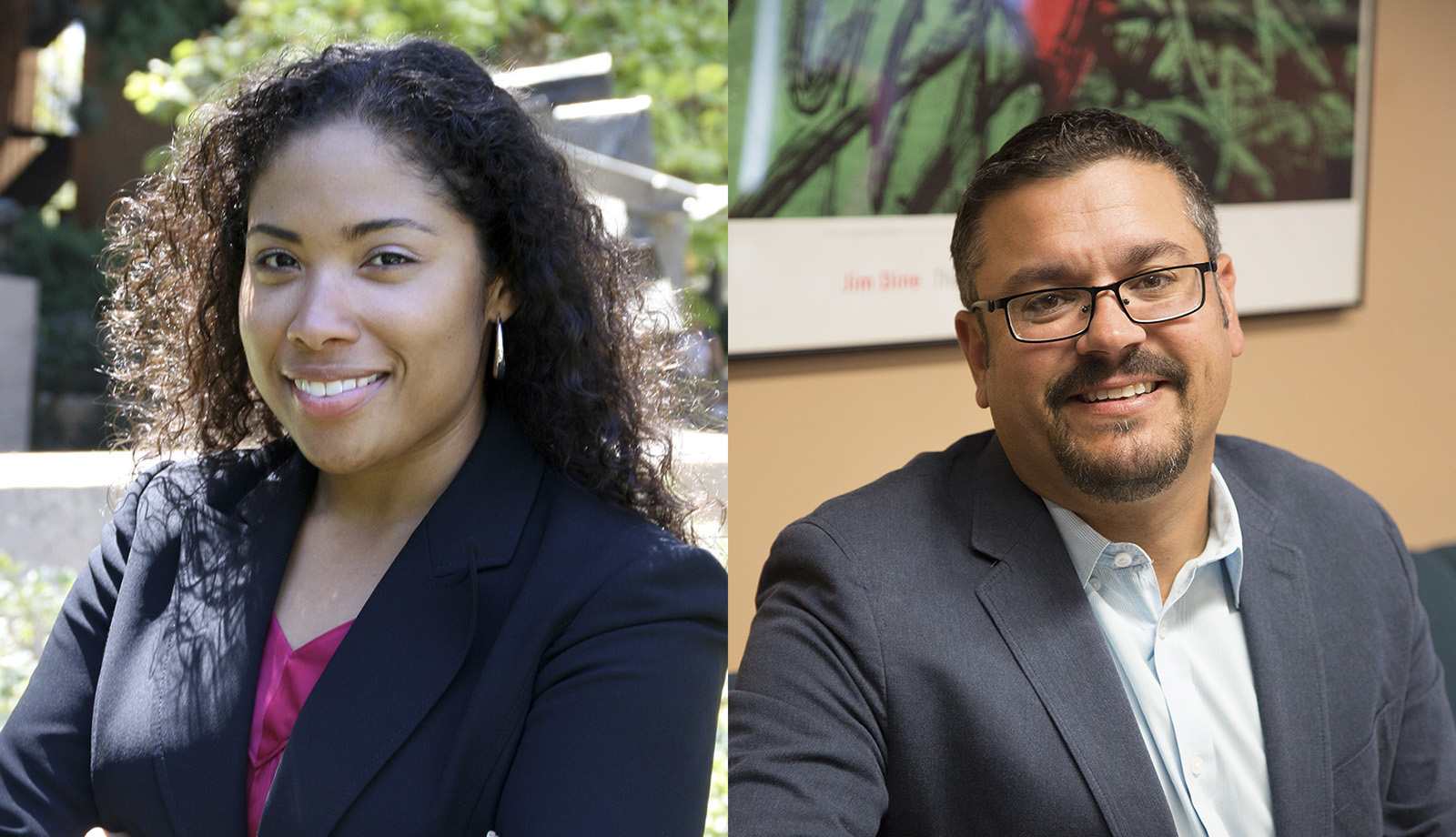 Lorrie Frasure-Yokley (left), a professor of political science and African American studies at UCLA, and Matt Barreto (right), a professor of political science and Chicana/o studies at UCLA, are leading a nationwide postelection survey of both voters and nonvoters called the Collaborative Multiracial Post-Election Survey. (Courtesy of UCLA Newsroom)

A UCLA-led group of researchers received a $1 million grant to run and expand a survey studying racial and ethnic trends in politics that will follow the 2020 election.

The Collaborative Multiracial Post-Election Survey, a nationwide postelection survey of both voters and nonvoters on policy issues led by UCLA professors, received a grant from the National Science Foundation in October to help conduct its fourth installment, according to a university press release.

The survey aims to increase understanding of civic engagement and opinions on public policy from the perspective of a variety of groups, according to a CMPS press release.

The CMPS, run by over 85 researchers from 55 institutions, was previously conducted in 2008, 2012 and 2016. The 2008 and 2012 surveys were both conducted on a smaller scale, while the 2016 survey encompassed a larger population, surveying over 10,000 respondents, according to the university press release.

Lorrie Frasure-Yokley, the principal investigator, said they hope to double the number of respondents from 10,000 to 20,000 with the 2020 installment of the survey.

This installment of the CMPS will also expand to encompass more ethnic groups, including Native Americans, African Caribbeans and Native Hawaiians, Frasure-Yokley said.

“(We’re) bringing in all of these different groups who are also historically underserved in surveys or undersampled,” said Frasure-Yokley, who is also an associate professor of political science and African American studies.

She also wants to be able to provide data for social scientists across the country to further their own research and publications, a resource she did not have as a graduate student.

“I want a national survey of high-quality data across race and ethnic groups and also other kinds of identities, (or) identity groups,” she said. “But then, in addition to that, I want to grow the social science discipline. I want to give greater opportunities for social scientists across the country to have access.”

Frasure-Yokley joined the CMPS in 2008 with a goal to produce high-quality social science data on groups that are typically underrepresented in elections data, such as Muslim Americans and Pacific Islanders.

“We need large samples and high-quality data that gives us a window into these communities and public policy issues that matter to them,” Frasure-Yokley said.

The recent grant from the NSF will help fund the survey’s research and staff, Frasure-Yokley said.

“In 2016, we did this all without an external source,” she said. “These are all scholars bringing their own research dollars together to build this, but now, with this grant that’s close to a million dollars, we can broaden the scope of people who are going to be involved in this project.”

Janelle Wong, a co-principal investigator and a professor of American studies at the University of Maryland, overlooks the Asian American data collected through the CMPS.

She said she hopes the survey can attempt to capture the views of those who are not included in traditional surveys, such as Asian Americans, African Americans, Muslim Americans and Native Americans.

“We hope to be able to present a much more multiracial picture of attitudes about politics and race in the U.S.,” Wong said.

Edward Vargas, another co-principal investigator and assistant professor in the School of Transborder Studies at Arizona State University, overlooks the Latin American population data in the CMPS. Vargas said he hopes to make academia more inclusive to first-generation scholars and scholars of color with the CMPS.

“I want to be a support and I want to help propel and uplift other folks who are coming, and to bring folks along to make academia more inclusive,” Vargas said.

Wong said they also hope to create opportunities for different researchers to participate in the survey, including those who have historically been left out of survey efforts, such as faculty from historically black colleges and universities and Hispanic-serving institutions.

“By doing so, our goal is to create an opportunity for more innovative questions, questions that don’t always get asked on surveys, and to involve those faculty in a project for a low, low cost, … for a really, really rich dataset,” Wong said.

As a graduate student, Frasure-Yokley said she found it was hard for her to conduct research on race, ethnicity and politics because there was not enough data on underrepresented populations in political academia.

“For those who wanted to study racial/ethnic groups, that want to study racialized groups like Muslim Americans, there wasn’t a lot of data available to be able to do those kinds of things,” she said. “But I knew that there was also a niche for this kind of work because it’s important to work around race, ethnicity, politics, immigration and other kinds of public policy issues that face communities of color.”

The CMPS will be conducted following the 2020 election and will continue through the beginning of 2021.