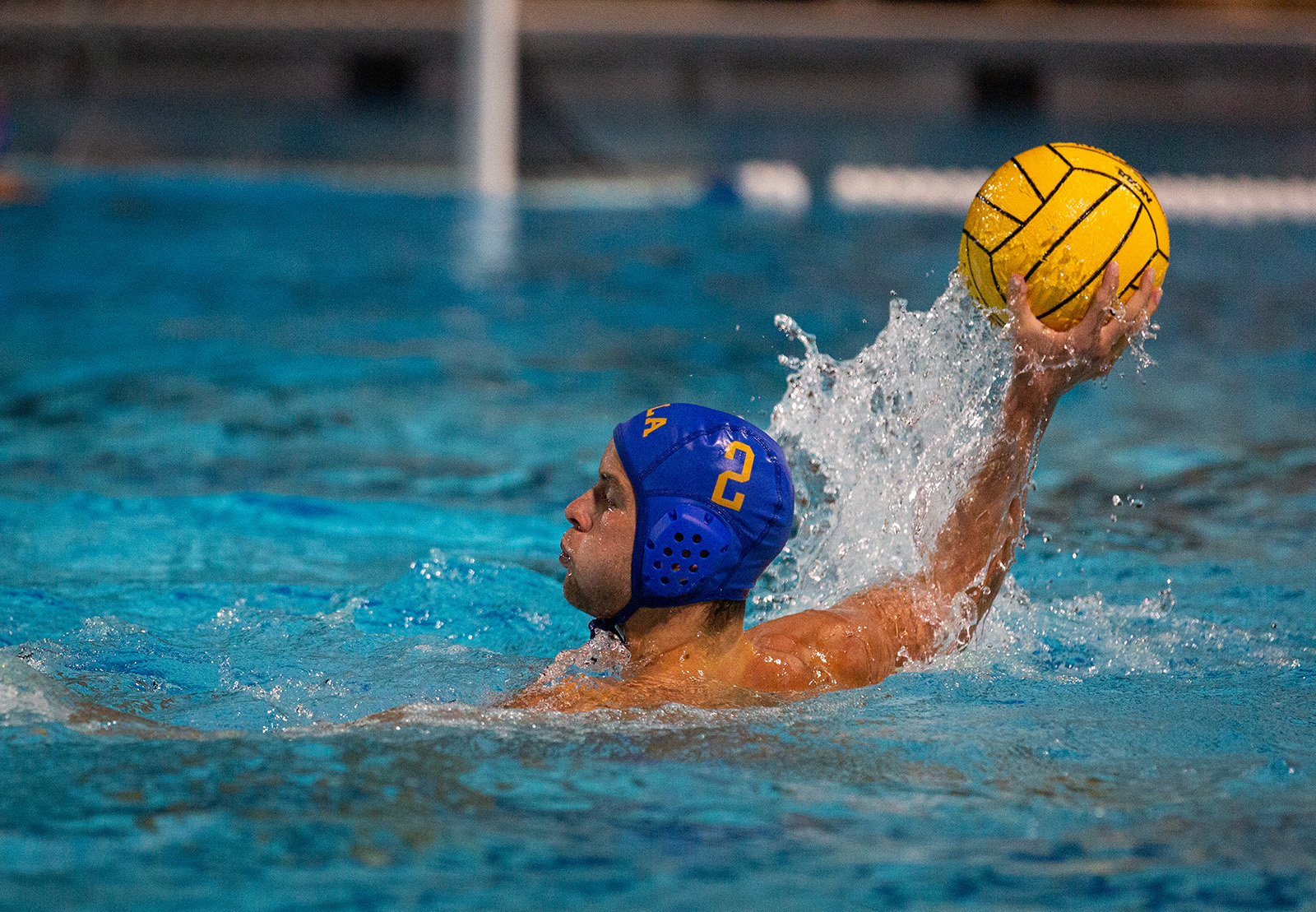 The Bruins won two games on the scoreboard, but not in the pool.

UCLA’s two-goal margin of victory over Whittier was its lowest against an unranked opponent this season, previously winning by 13 and 18 goals over Navy and La Salle, respectively. UCLA has beaten the four teams ranked directly above Cal Baptist in the polls by an average of nine goals per game.

In its win over Cal Baptist, UCLA received goals from eight players, and junior utility Felix Brozyna-Vilim logged his second-straight four-goal performance. After jumping out to a 3-1 advantage in the first period, the Bruins surged for three straight goals to start the second period and took an 8-4 lead into the half.

UCLA held and extended that lead thanks to four more goals in the second half, including two from Brozyna-Vilim. Redshirt freshman attacker Will Morgan also scored against Cal Baptist – his first goal since the UCLA’s fourth game, a Sept. 8 contest against La Salle in the Navy Open.

Morgan said although there were certain personal victories in Saturday’s contests, the team still didn’t perform the way it should have.

“We play through the system and trust it to score,” Morgan said. “On my goal, the players around me helped me score, but overall we didn’t execute the game plan we wanted to. Our energy was low and the mindset was not where it needed to be.”

UCLA had a closer finish in its second match of the day against Whittier.

Brozyna-Vilim and junior attacker Nicolas Saveljic, the Bruins’ leading scorer in 2018, each scored two goals in the first half to give UCLA a 6-2 lead entering the break.

Freshman attacker Max Berg scored for the first time since the Sept. 8 contest with La Salle to give the Bruins a 3-0 lead, and redshirt freshman attacker Henry Wilde’s fourth-quarter score was only his second of the season.

Berg said the team’s preparation bouncing back from its 14-10 win over No. 3 Pacific on Friday hurt the team’s progress it had made this season.

“We weren’t ready for today,” Berg said. “We needed to be better prepared for our games today. We need to look at what we did leading up to today and bring a better level of energy up when we come back to practice Monday.”

UCLA struggled to score in the third quarter, registering its only goal 6 minutes, 45 seconds into the period via a top-shelf shot from freshman attacker Tommy Gruwell. But their third-quarter struggles weren’t just limited to a lack of scoring – the Bruins also came away empty in two 6-on-5 situations, registered three offensive fouls and committed a turnover.

UCLA will be back in action Sunday – playing on the road for the first time in over a month against UC Irvine.

Morgan said the next week is going to be crucial for the Bruins to close out the rest of the regular season strong.

“The next week is going to be huge for us,” Morgan said. “Coming off a three-game weekend going into a good team like Irvine, we’re going to have to use it to recover. But we also have to game plan for Irvine and the next few really strong teams we play going forward.”