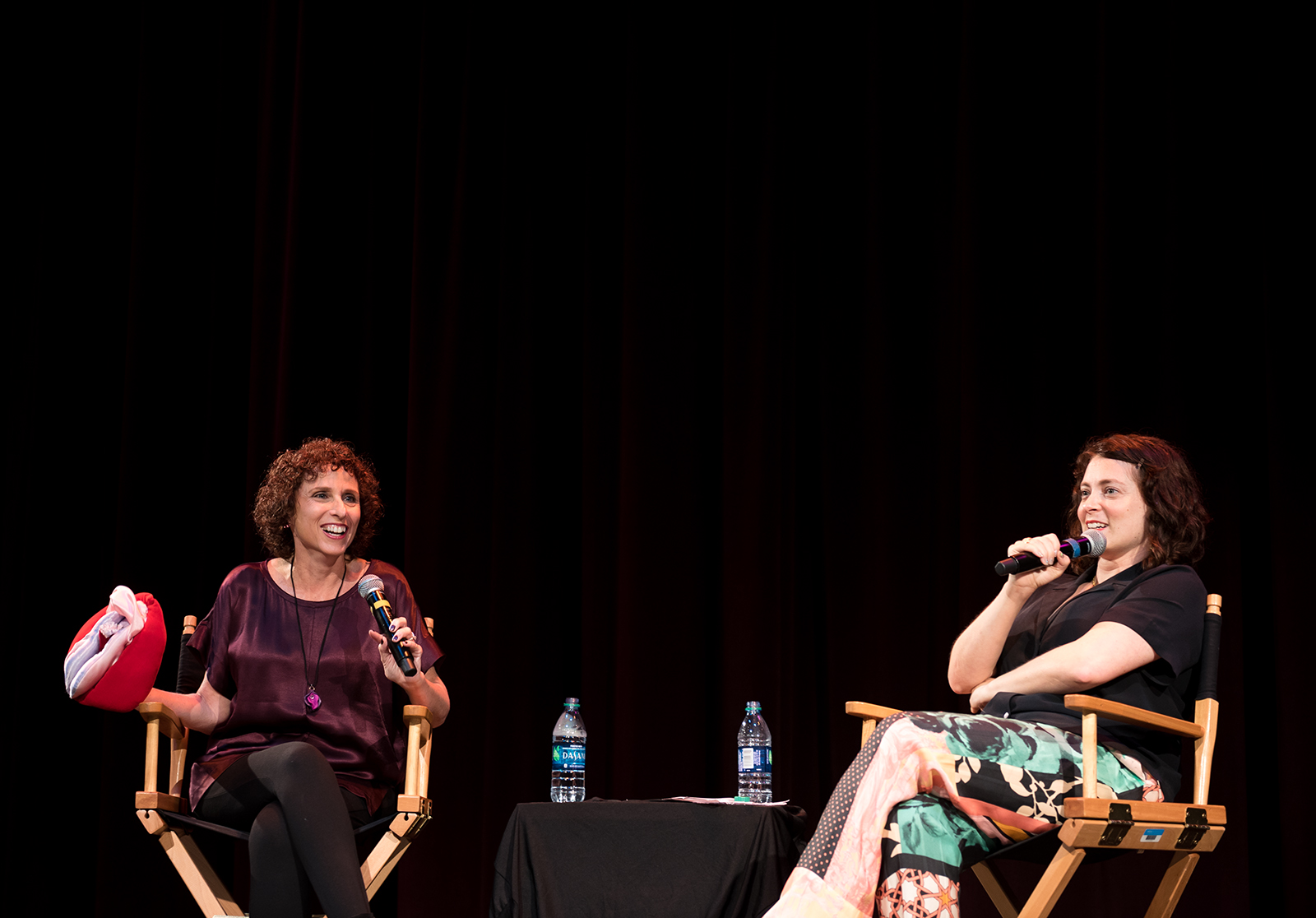 Sexual pleasure and accurate sexual information are essential for healthy relationships, a psychology professor said at a campus event Thursday.

The Campus Events Commission hosted “Becoming Cliterate: An Evening of Conversation between Rachel Bloom and Dr. Laurie Mintz” on Thursday evening. The event featured a conversation between Bloom, the actress and writer known for “Crazy Ex-Girlfriend,” and Mintz.

Mintz is the writer of “Becoming Cliterate: Why Orgasm Equality Matters – And How to Get It” and a psychology professor at the University of Florida. With her work, she aims to sexually empower women, she said.

The event took on a Q&A format, in which Bloom and Mintz took questions from the audience about women’s anatomy and cultural attitudes toward female sexual pleasure.

Both Bloom and Mintz said sexual pleasure was fundamental for personal fulfillment.

The clitoris has thousands of nerve endings, and serves only as a source of pleasure. The vast majority of women require some form of clitoral stimulation to orgasm, Mintz said.

However, like many men, many discussions of women’s sexuality neglect the clitoris, suggesting instead that women should be able to orgasm without it being stimulated, Mintz said.

This widespread misinformation damages the self-esteem of both men and women, Mintz said. When a woman cannot orgasm from penetration alone, both partners might believe there is something wrong with them, Mintz said.

“Men (may) feel emasculated and not as worthy when they don’t make a woman orgasm – they want to, but they’ve been misguided and don’t know how,” she said. “The problem is the culture – it’s not women, it’s not men.”

Pornography may also be to blame for this spread of misinformation by portraying sex in which a woman instantly reaches orgasm through penetration, she added.

“We are linguistically erasing the part of ourselves that gives us the most pleasure,” she said.

Bloom added that although “clitoris” is an anatomically correct word, it is often seen as taboo.

Bloom recalled an experience she had when she was producing and starring in “Crazy Ex-Girlfriend.” In one episode of the show, they wanted to include a line in which a character stated women’s sexual pleasure comes from clitoral stimulation. However, the Federal Communications Commission, which regulates television and other broadcasts, objected to the line.

They were only able to include a reference to the clitoris when a character spoke about it as part of the content of a science textbook, Bloom said.

“We had to make (the context) super scientific,” she said. “We didn’t have to do that for ‘penis’ or ‘vagina,’ just with a word that pertains only to pleasure.”

The FCC’s regulations were an example of the stigma against discussing women’s sexual pleasure, Bloom added.

In order to combat misinformation and negative attitudes toward women’s sexual pleasure, Mintz advised women to be assertive in bed with their partners. Women can practice this by being assertive in other aspects of their lives, she said.

Sergio Corona, a fourth-year geography student, said he liked how Mintz and Bloom acknowledged the misconception that all women can orgasm from penetration, as well as the shame women and men may feel.

“I’ve had girl peers that said they have had that shame (of not being able to orgasm from penetration) – it’s a hard misconception to break,” Corona said. “(Mintz and Bloom) smashed that misconception and said it’s about having an equal conversation as equal peers.”

Valerie Juntunen, a fourth-year psychology student, said she liked the nonjudgemental manner in which Mintz and Bloom discussed sex.

“I loved how it was framed in a sex-positive manner … and promoted healthy relationships,” she said.

Remy Small, a second-year theater student, said she thinks Bloom’s and Mintz’s frank discussion of sex made it easier for people to talk openly about women’s sexuality.

“Even in a liberal place like California, people are afraid to talk about it because of its connotations,” Small said. “I think (Mintz and Bloom) created a safe space for everyone – everyone was encouraged to ask questions.”