Women’s tennis focuses on competing in matches and tournaments, bonding as a team 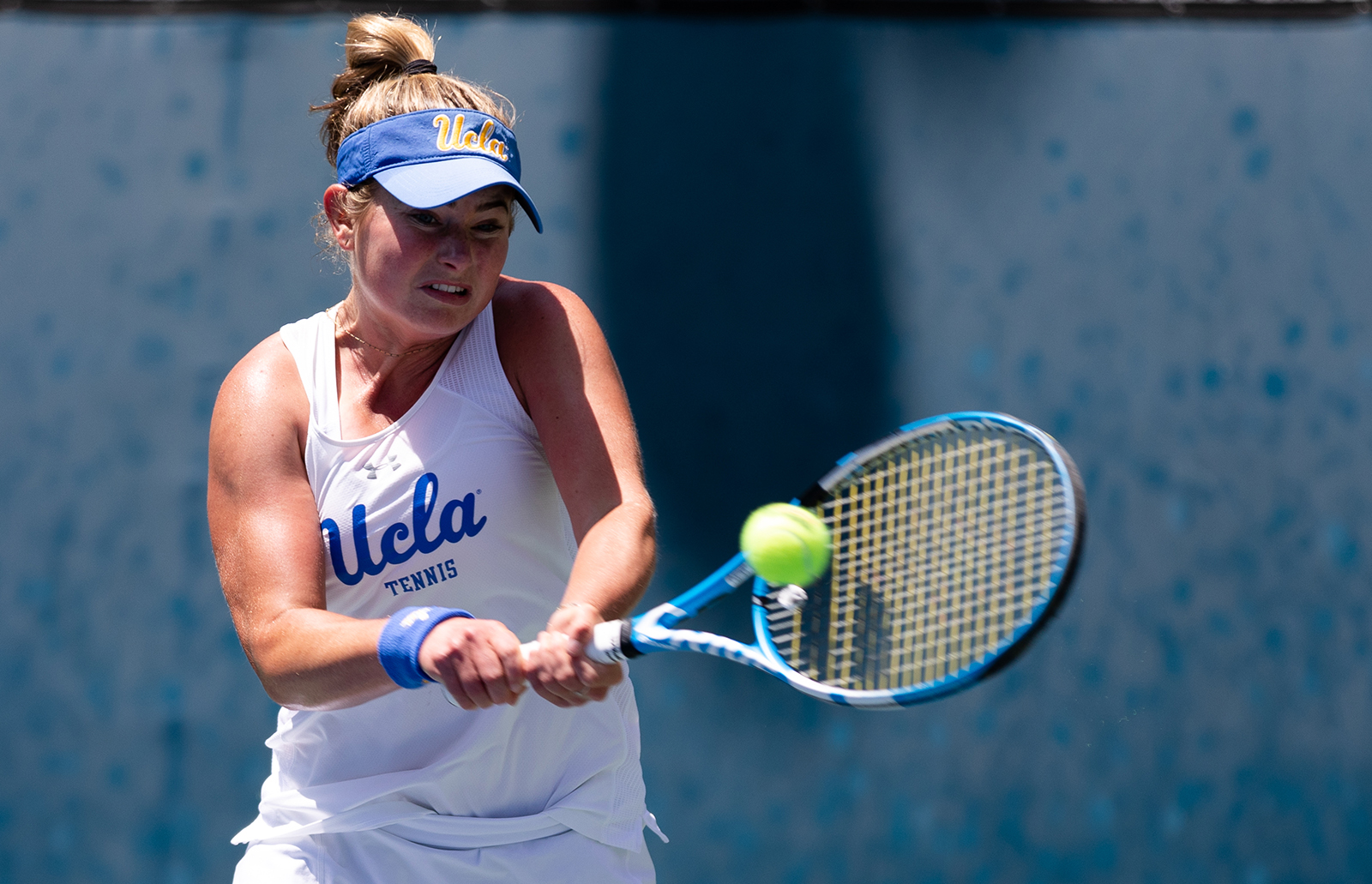 UCLA women’s tennis junior Abi Altick compiled a 19-9 singles record and 26-6 doubles record last season. She will see her first action in the fall season after recovering from a stress fractuce in her foot.(Tanmay Shankar/Assistant Photo editor)

At this point of the season, it’s all about playing matches.

“(We’re) just trying to find out where everyone is at,” said UCLA women’s tennis coach Stella Sampras Webster. “The whole goal is to try and play as many matches and tournaments as possible. Get them competing.”

All the Bruins for UCLA women’s tennis except sophomore Elysia Bolton – who is ranked No. 16 in singles – will participate in the ITA Regional Championships in San Diego kicking off Thursday.

“The only challenging part is that there are so many different tournaments that we haven’t had the full team together as much,” Sampras Webster said. “We’ll have some time to really have the team bond a little more.”

Juniors Abi Altick and Sophie Bendetti will see their first action of the fall season and freshman Caroline Goldberg will play in her first match as a Bruin.

ITA preseason individual national No. 70-ranked Altick – who was the consolation singles champion at the World University Games in Naples, Italy in July 2019 – had been nursing a foot stress fracture, forcing her out of the early fall slate.

“(I’ve) just been doing a lot of training getting ready for San Diego,” Altick said. “I’m just looking forward to getting match play and playing doubles with (sophomore) Taylor (Johnson).”

The No. 37-ranked duo posted a 13-1 record last season playing in the No. 3 doubles spot for UCLA.

“Me and (Altick) are definitely looking to make Newport (for the fall championships) at the end of the year,” Johnson said when asked about her season goals.

Last year UCLA picked up the doubles point in its last 17 matches, with Altick and Johnson ending the season on a nine-game win streak.

UCLA will also be missing its No. 1 doubles team from last season in Ayan Broomfield and Gabby Andrews who graduated. Last season, the duo notched a 26-8 overall record, 8-5 on court No. 1 and finished their collegiate careers as the NCAA doubles champions.

Freshman Abbey Forbes – ranked No. 4 on ITA’s top-10 freshman/newcomers – and winner of the 2019 Wimbledon girl’s doubles title in July will participate in her second fall tournament for UCLA. She reached the semifinals of the Oracle ITA Masters in September, falling to Pepperdine’s No. 14 Ashley Lahey 6-4, 6-3.

Both Johnson and Sampras Webster said Forbes has brought a new intensity and physicality to their practices.

“That girl is a wall,” Johnson said. “She doesn’t miss a ball so it’s awesome to have her on our side of the net.”

Junior transfer Annette Goulak from Georgia is another offseason addition to the team Sampras Webster said has excited her this fall.

Goulak went 4-0 in doubles action last season for Georgia, helping the Bulldogs to a 28-2 record and NCAA championship final berth.

“I see a lot of heart and desire,” Sampras Webster said. “(The newcomers are) so open to getting feedback and getting coached. They’ve just bought into what we do here.”