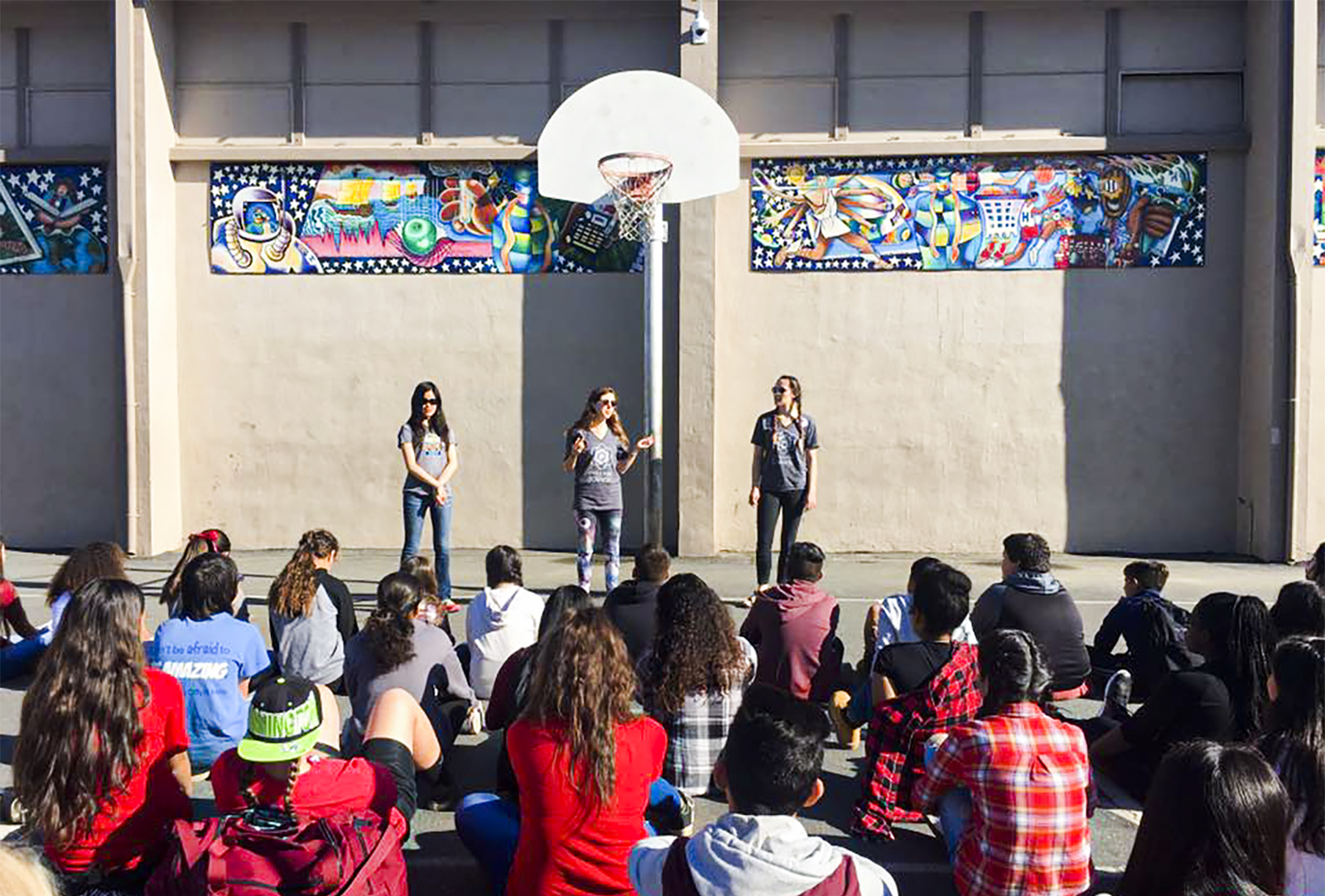 Rachel Woods-Robinson and Elizabeth Case were preparing their campsite for the night when two young girls approached to ask about the heavy bags strapped to their bicycles.

It was summer of 2015, and the cyclists were partway through a bike ride across the United States to teach hands-on science demonstrations in K-12 classrooms.

Cycle for Science, founded by Case and Woods-Robinson, organizes long-distance bike rides for female scientists in an effort to promote environmental awareness and sustainable transportation. It has planned four rides since 2015, reaching more than 2,000 students, according to Woods-Robinson.

The organization aims to demonstrate the importance of sustainable transport and to teach interactive science lessons about renewable energy and climate change, while also providing an adventure, Woods-Robinson said.

Cycle for Science’s path began in the basement of Knudsen Hall, when Woods-Robinson and Case were working late at night on a physics lab. Case and Woods-Robinson said they turned to each other and said, “Well, this sucks. What would we rather be doing instead?”

“And so we have these like, two kind of distinct passions, which is going on a big bicycle adventure and sharing our love for science with kids,” Woods-Robinson said.

Woods-Robinson and Case decided to pursue science late in their academic careers – Woods-Robinson came to UCLA as an ethnomusicology student, while Case began as a communications student and was an Opinion editor at the Daily Bruin.

Both women are pursuing doctorates in science, Case in glaciology and Woods-Robinson in materials engineering.

Despite taking science and advanced math classes in high school, Case said she still had never really considered science as a career.

“It never really took hold of me,” Case said. “It never really felt like relevant or interesting or creative. (But) it comes full circle, right back to art and philosophy, which is why I got into physics. Because we were answering questions about the world that felt like philosophical questions.”

“(Science) was, like, spewed at us,” Woods-Robinson said. “And there was no real interactive process. And so we wanted to have a process where we have hands-on lessons where kids could take ownership of what they were doing and really call it their own.”

“We had a couple of male students who were really confused,” Woods-Robinson said. “They were like, ‘Those are professors? I thought professors were, you know, older men.’”

Their U.S. and California bike rides taught students how solar cells work and used them to power 3D-printed electric miniature bicycles, Woods-Robinson said. During their trips this year, Woods-Robinson taught about solar energy and Case about glaciers.

The cyclists would bike between 20 and 100 miles a day, sometimes camping at night, sometimes staying with relatives or friends and sometimes stopping at motels for proper showers, Woods-Robinson said.

Moving forward, Woods-Robinson said they hope Cycle for Science can provide the resources and encouragement for other female scientists to undertake their own bike rides.

One of the most memorable moments on their first ride came in Philadelphia, when the two stopped at a summer program, Woods-Robinson said.

At the start of their lesson, the two went around the room asking the students if any were interested in pursuing careers in science. A 16-year-old girl in the back of the class responded that she thought science was boring.

After the lesson, the girl came up to them and said she had begun to change her mind.

“She was kind of like, … ‘I don’t know if I want to do science, but I’m definitely thinking about, you know, like studying renewable energy, and I think it’s important to the world,’” Woods-Robinson said. “And so it was kind of crazy to see the shift of this one single person over the course of our lesson.”