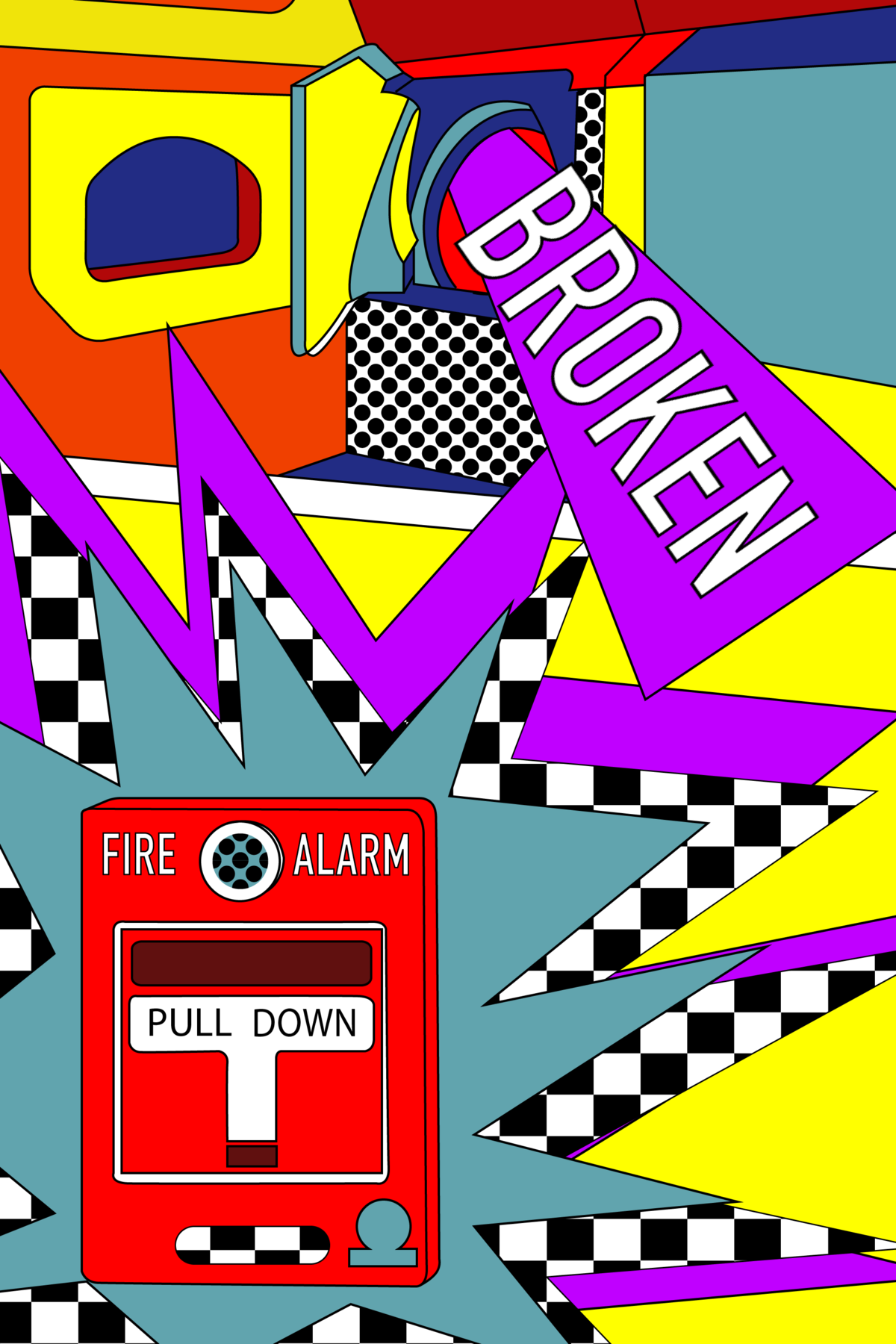 New year, same old failure of the Hill to accommodate its students.

As UCLA freshmen have begun to enjoy the first few weeks of living away from their parents, sophomores and juniors returning to the Hill have prepared themselves for another year of ignored and unresolved issues that make them wish they were living with three other people in an overpriced Westwood apartment.

What seemed like more tech-friendly solutions compared to playing a waiting game in the laundry room or guessing what dining halls are serving, quickly became another inconvenience students had to endure.

When the UCLA Housing app was launched in 2018, students were excited to hear they could now see how many swipes they had on the spot, check availability of laundry machines and look at dining hall menus among many other resources.

And if the app actually worked, maybe they would still be excited.

Getting three years of guaranteed housing is a blessing for students such as myself, who refuse to have to cook. However, if the university is going to provide amenities and resources to make life easer for over 10,000 students on the Hill, they must make sure the tools and resources provided are actually functioning properly and working to serve students’ needs.

But the issues don’t end there.

Residents on the Hill are also welcomed by multiple maintenance issues that take Housing weeks to resolve. These include reports of doors not closing properly, having dorm door scanners that don’t register their BruinCards and elevators that are constantly broken.

Clarissa Johnson, a second-year pre-communication student, said that despite having a new BruinCard last year, her dorm door wouldn’t register it.

“It was a hassle – I had to go downstairs every day, get a temporary card, then go return it, so I could get food with my actual BruinCard,” Johnson said. “(My roommates) had to deadbolt the door for me so I could get in after class.”

Students are juggling plenty at UCLA, so worrying about their daily routines on the Hill should be the last thing on their minds. By failing to address students’ issues in a timely manner, Housing is only adding to residents’ pool of frustrations.

Arbrean Sears, a second-year biochemistry student, said that not having Rieber Hall in the Housing app makes doing laundry more of an issue than it needs to be.

“It’s happened to me that I go down and have three loads, but there’s only one washing machine available,” Sears said. “I have to sit there and wait to see which washing machine is almost done.”

One laundry room for halls of about 1,200 students will find itself packed regularly, and the app, if functioning, could alleviate those issues for Hill residents. Housing is clearly trying to provide resources meant to make living on the Hill easier, but it becomes a moot point when these simple solutions aren’t working properly – and when they never get fixed.

Beyond months of unwashed laundry, the Housing app malfunctions in other cases.

Alyssa Goytia, a second-year physiological science student, said the failure of the Dining Services menus to load is a waste of her swipes – and her time.

“It sucks that they’re saying they offer it, but it doesn’t really work,” Goytia said. “They’re not consistent with their care for residents.”

If the Housing app is going to be advertised as “convenient access to many of the resources available for Bruins within UCLA Housing” as well as a way for “users (to) have the ability to view live dining facility traffic and menu information,” then Housing needs to present what they are promoting.

Technology isn’t something the Hill should shy away from – in fact, it could mitigate crowding and common nuisances in the dorms. But instead, the focus has been put on advertising to boast just how great the Hill is.

When more resources are diverted to market these apps for students than to ensure they’re in working condition, it’s clear that genuine improvement is not the priority.

Some might argue Housing isn’t directly responsible for issues within the app, and students should direct their frustrations elsewhere. After all, services like the laundry alert are provided through a third-party app which requires Housing to notify them when changes need to be made. Then again, Housing isn’t being timely with its maintenance issues either – so even problems within their control aren’t being addressed when residents are asking for them to be.

Housing has always urged students to reach out if they need something fixed and promoted the technology meant to make residents’ lives easier, yet it’s clear there are persisting issues that prevent either of those from happening.

UCLA Housing was not able to immediately respond to comment.

If students are going to pay thousands of dollars to live on the Hill, the least Housing can do is give them doors that close at night.

Until then, Hill residents can expect another wonderful year of either giving up on housing issues or bothering Housing to do the bare minimum.