UCLA students are biggest spenders on food delivery items, according to Grubhub data 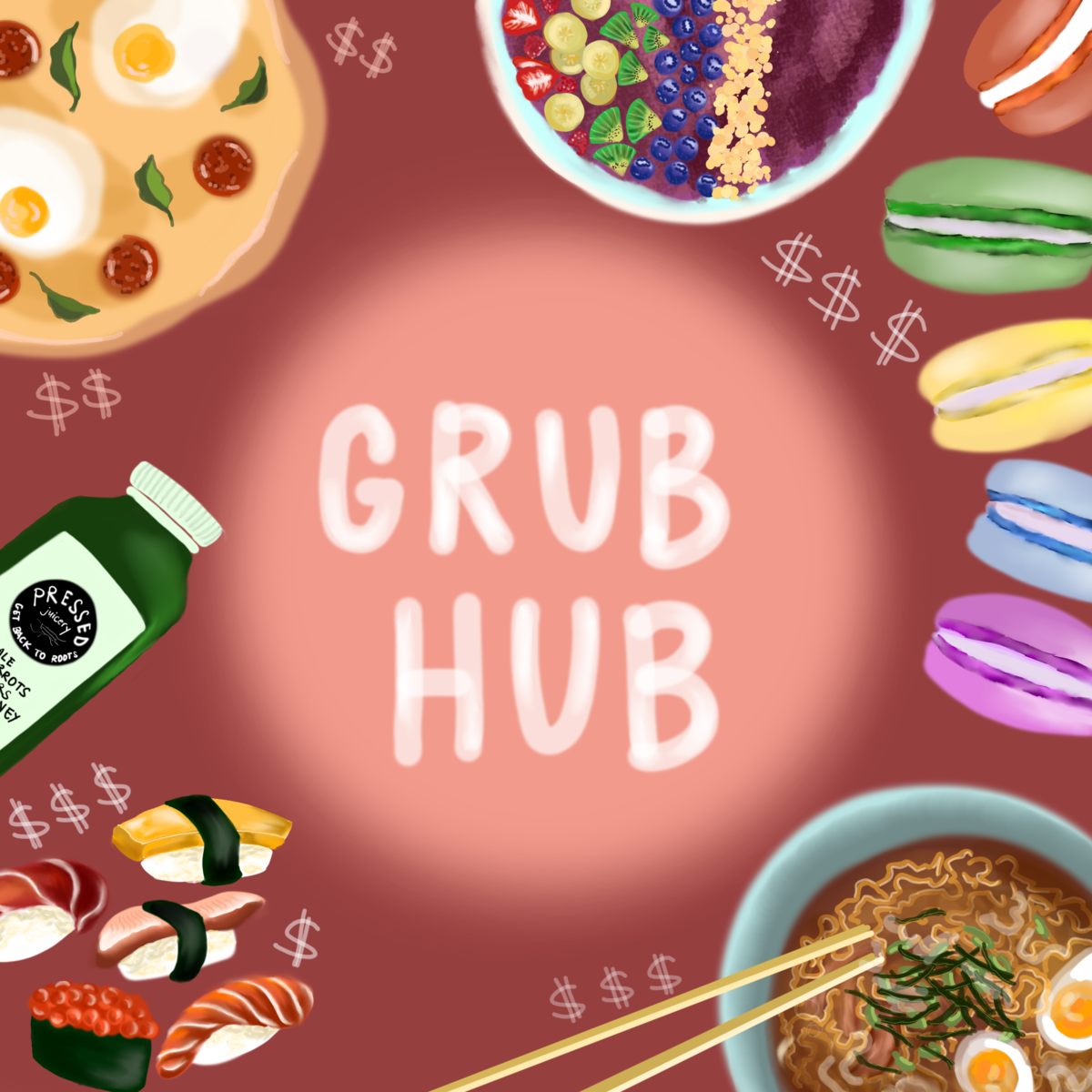 UCLA students are hungry for food delivery apps, and they have expensive taste.

UCLA students purchase the most expensive food on popular food delivery app Grubhub compared to students at other universities, according to a recent report released by Grubhub.

This data was taken from the top-50 universities in the United States over the 2018-2019 academic year. Coming in second and third were Stanford and Massachusetts Institute of Technology.

Students at UCLA say they use food delivery apps for a variety of reasons, from convenience to celebrating special occasions.

Political science and study of religion student Abdus Najmi said he uses food delivery apps because they are convenient during the days he doesn’t feel like cooking. When Najmi, a third-year student, lived on the Hill, he would also order food when he missed a swipe on his 19R meal plan.

“You just press a button and it’s ordered right to you,” Najmi said. “And we have cool drop-off locations, like Carnesale Commons. It’s pretty easy to meet up with your driver. It’s accessible.”

Sharon Yuen, a fourth-year Asian American studies student who has lived on the Hill for four years, said she sometimes uses food delivery apps when she needs to take a break from the food on the Hill.

“I hate to say it, but I do get tired of those foods,” Yuen said. “So if I want like poke or actual sushi, I’ll Postmates that.”

Amy Stone, a second-year biology student, said she uses Uber Eats about twice a week during late night study sessions with friends after all the dining locations are closed on the Hill.

Stone said she orders for a group of friends and usually spends about $20, and her friends Venmo their share after. Because she doesn’t have her car on campus, using a food delivery app is easy and convenient, she said.

“I usually order Hangry Moon’s or something super cheap like McDonald’s,” Stone said. “I believe that some people spend a lot of money on food, but I don’t have that kind of money. I have Uber Eats McDonald’s money.”

Several students said they think UCLA tops the spending chart because of the number of wealthy students on campus. Second-year English student Courtney Hayforth said she thinks this is the case.

“I feel like there are people who have money that go here,” Hayforth said. “I feel like it’s all right for them to splurge.”

However, assistant professor of economics Jay Lu said the idea that the phenomenon is due to wealthy students doesn’t deliver.

“It’s unclear to me that UCLA students do have higher disposable incomes compared to some other richer, private institutions, so I’m not sure that is the best reason for this,” Lu said.

UCLA students may spend more money on food because of the campus’ location in Westwood, which generally has expensive food options, Lu said.

“I usually order Hangry Moon’s or something super cheap like McDonald’s. I believe that some people spend a lot of money on food, but I don’t have that kind of money. I have Uber Eats McDonald’s money.”

Lu added this phenomenon might also be caused by a preference for specific cultural food due to UCLA’s diversity of cultures, combined with the lack of accessibility of this food close to campus.

“If you’re in a school that is less diverse than UCLA, maybe you’re just completely OK with having burgers and fries every day,” Lu said. “But at UCLA, you may have friends who are from different countries, and you may want to go and explore these other food options and are more willing to pay a premium for it.”

Many students said they use Postmates instead of Grubhub because the app offers significant deals.

“They always send really good codes and deals,” Yuen said. “A lot of the other apps will offer a discount for a first-time user, but then they won’t offer consistent discounts through the year.”

Lu, too, is a customer of food delivery apps, ordering dinner on occasional long nights in his Bunche Hall office.

“The benefit is that over here we are pretty far from Westwood,” Lu said. “It’s like a 20-25 minute walk. If other dining options aren’t available, my only option is to use it. I think that’s true for a lot of people who are on campus.”