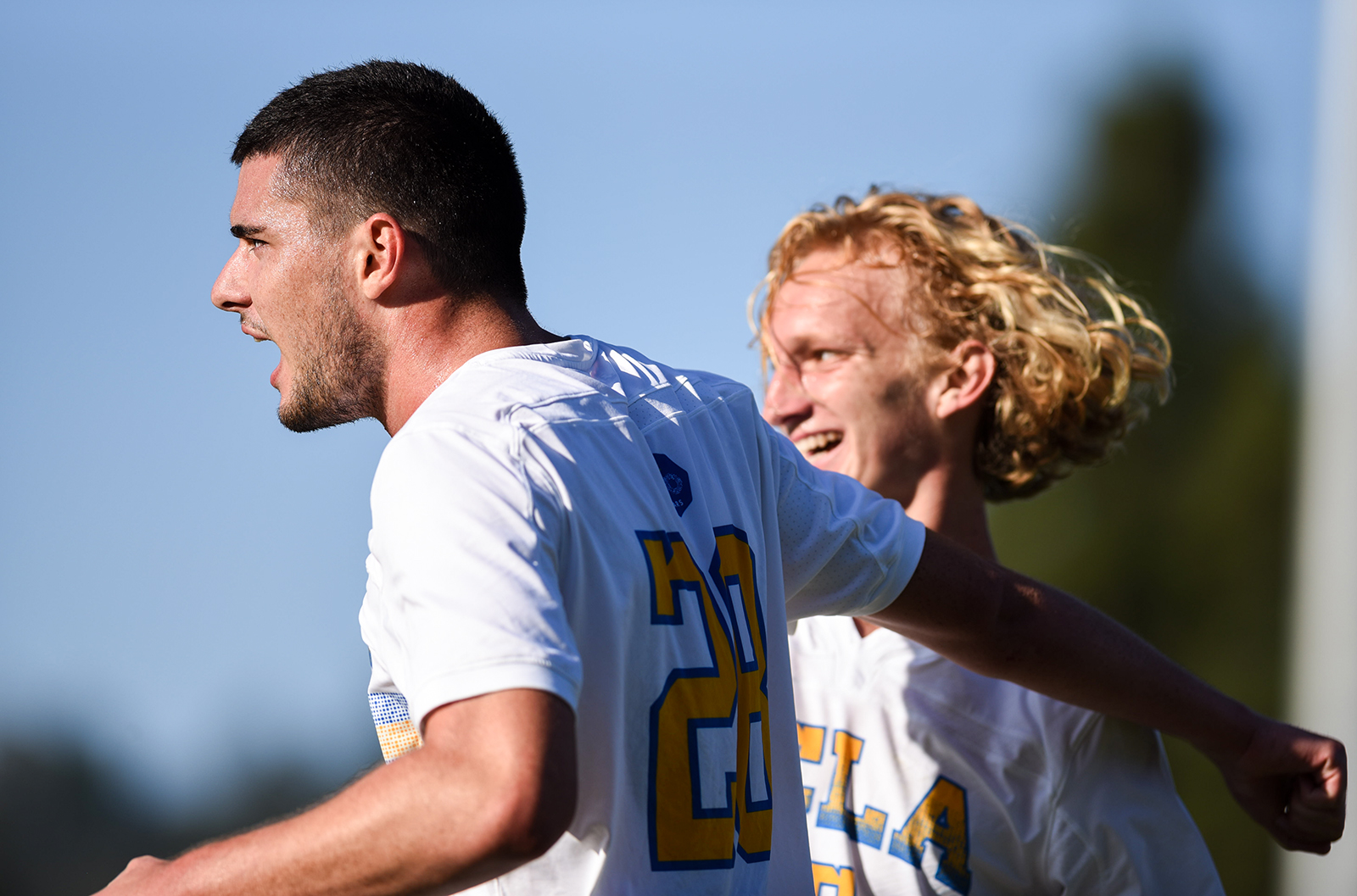 Neither the Bruins nor the Bears could hold the lead until the final whistle.

The Bruins scored the go-ahead goal twice in the first half, with a 10th-minute goal from junior forward Milan Iloski – his 15th of the season – and another from redshirt senior defender Matthew Powell in the 14th minute.

But UCLA was not able to hold those leads for long, as California equalized in the 11th minute and then again in the 23rd minute.

“It’s really frustrating,” said coach Ryan Jorden. “The reality is, and (the players) should be frustrated too, but it’s not understanding and having enough maturity yet to manage games. We should have been able to win that game 1-0.”

Sunday’s game wasn’t the first time that UCLA has allowed a goal right on the back of scoring. In its second match of the season, UCLA took a lead against then-No. 2 Indiana in the second half, but junior forward Marcony Pimentel’s goal in the 53rd minute was negated by a Hoosier score in the 58th minute.

And against CSUN on Sept. 15, and UC Irvine on Sept. 26, the Bruins also gave up goals shortly after taking the lead.

“It’s frustrating in the manner we conceded them,” Powell said after Sunday’s match. “It was two mistakes on our part that led to their goals that they had no business scoring on us. We just gave them those two goals.”

The scoresheet stayed silent until the 69th minute when California forward Jonathan Estrada speared the ball into the back of UCLA’s net. Off a cross from the right side of the pitch by midfielder Christian Gomez, Estrada’s shot flew into the top left corner, beating Bruin sophomore goalkeeper Justin Garces as he was recovering to the left post.

This time, the Bears were unable to hold their 3-2 advantage. With time ticking away in regulation, senior midfielder Alexis Triadis equalized for UCLA.

Before the match against California, Triadis had come off the bench in four games, never totaling more than 30 minutes on the pitch.

“We need guys and it’s the next guy up,” Jorden said. “You need guys in moments where somebody needs a breather, and on a Thursday to Sunday (turnaround) you’re going to have to have guys coming into the game for you. The most important thing is that their buy-in is good so that in the moment they get their chance, they can really show, ‘Hey, I can contribute to this.’”

The score stayed at 3-3 until the end of regulation. Shots by Pimentel and freshman defender Constantinos Michaelides during the second period of overtime didn’t break the tie, and the Bruins finished with their second draw of the year after the team tallied zero ties in 2018 and only one in 2017.

Sunday’s game was sophomore midfielder Riley Ferch’s fourth start in October, and he posted a season-high 106 minutes played. Before the start of the month, Ferch was averaging nearly 44 minutes played per game.

Ferch has tallied a team-high seven assists – earning two of them Sunday with Powell’s and Triadis’ goals.

“I feel like I’ve been able to help my team more,” Ferch said. “It’s helped me a lot more to grow and become a better player and I just hope that it’s helping the team as well.”