Members of the School of Medicine voice support for inclusivity pledge 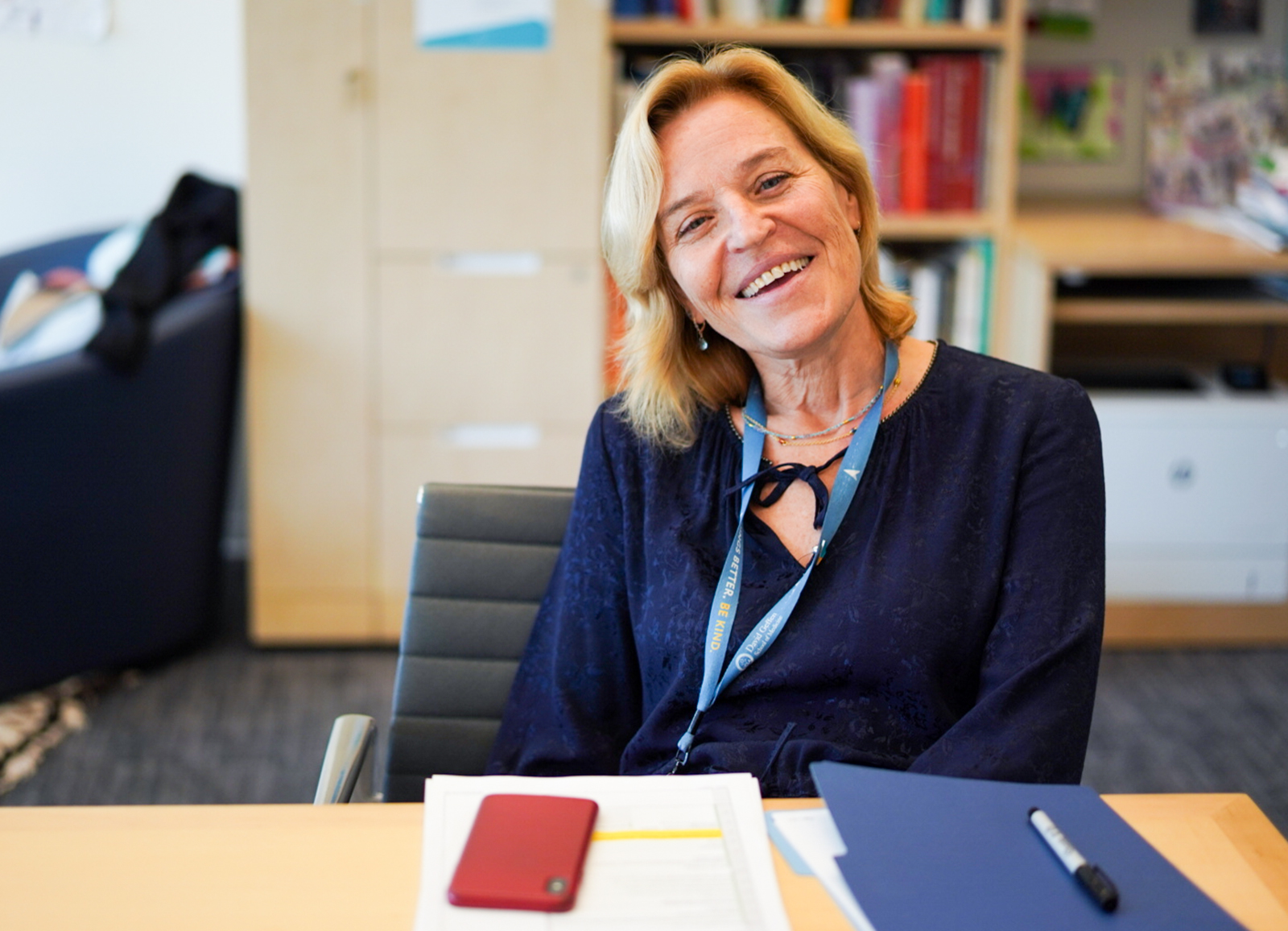 Kelsey Martin, the first female dean of the UCLA David Geffen School of Medicine, joined the director of the National Institutes of Health in a pledge not to sit on panels where inclusiveness is not taken into account. (Xuxin Zhang/Daily Bruin)

When the director of the National Institutes for Health announced June 12 his intention to not sit on panels that did not have an inclusive agenda, several members of the UCLA medical community were motivated to follow suit.

One was Kelsey Martin, the first female dean of the UCLA David Geffen School of Medicine.

“I, frankly, felt inspired that a person in his position was embracing something that I think was a bold statement for him to be making,” Martin said, referring to Francis Collins, the director of the NIH.

Collins said in his statement that he wanted to end the tradition of male-only panels, and would not sit on panels in which underrepresented communities in science are not taken into account.

“Starting now, when I consider speaking invitations, I will expect a level playing field, where scientists of all backgrounds are evaluated fairly for speaking opportunities,” Collins’ statement read. “If that attention to inclusiveness is not evident in the agenda, I will decline to take part.”

Martin joined the pledge of inclusiveness with a statement July 9, asking others in the David Geffen School of Medicine community to join her.

Martin said, for her, inclusiveness means looking at gender, ethnicity and geographic diversity, especially for national or international meetings, as well as inclusiveness in terms of level of seniority.

“I have spent my career in a field in which women have been underrepresented,” Martin said. “And in the School of Medicine we’ve been very intentional about inclusivity and including diverse voices and everything that we are doing.”

Martin herself had already taken measures to address inclusiveness in the School of Medicine. For instance, she said she has mandated all search committees have at least 25% of their members be from underrepresented communities in science.

The pledge UCLA faculty have taken is in line with the School of Medicine’s Cultural North Star program, which strives to eliminate inequity as one of its missions, according to Martin’s statement. The three pillars of the program are “Do what’s right,” “Make things better” and “Be kind.”

Valencia Walker, a pediatrician and an assistant dean of the Office of Equity and Diversity Inclusion, said she thinks Martin’s attempts to address gender disparities in leadership positions is critical.

“She’s the first woman dean at UCLA,” Walker said. “That in and of itself has had a positive impact and then in her role, she’s been a very strong advocate addressing gender disparities in leadership, and we now have more women department chairs.”

Walker has not taken the pledge herself, however. She said she had not thought of formally declaring her support of the pledge because it’s fundamental to the work she does as assistant dean. She added she thinks she should be more explicit about her support.

Mitchell Wong, a UCLA doctor of internal medicine who also took the pledge, said when he saw the announcement, he was impressed at the statement and wrote to Martin along with several of his colleagues about how important he thought it was.

Wong, whose research focuses on health care disparities among racial, ethnic and socioeconomic communities, said he appreciates the dean made this pledge since she is in a leadership position.

“Having this pledge in place coming from leadership really makes it impactful and reminds us that this is something that we need to constantly be aware of and make that effort to have diverse views represented in our meetings and scientific conferences,” Wong said.

When UCLA Department of Urology Chair Mark Litwin saw the announcement, he sent it to a number of department chairs and urology chairs across the country and joined the pledge as well.

“UCLA and the health system and the whole medical complex just kind of typifies that diversity,” Litwin said. “There’s a place at the table for everyone down here.”