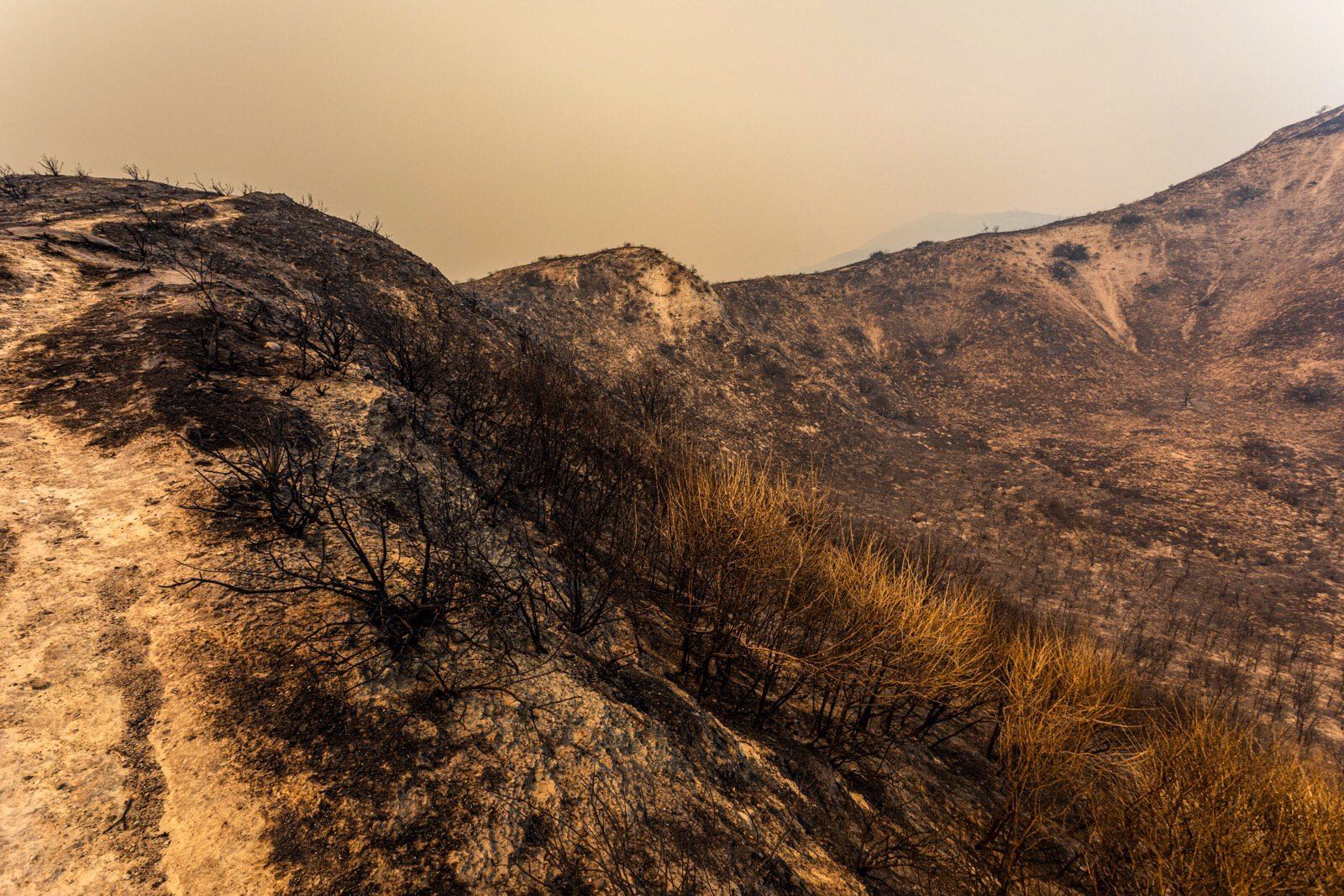 Air quality improved over Sunday as winds changed and firefighters made progress on containment lines. The fire erupted in Sylmar, California, on Thursday night and then spread to Porter Ranch. Although the campus was not in danger, students still had to cope with unhealthy air quality. (Jintak Han/Daily Bruin senior staff)

The wildfire, which burned 7,965 acres just about 15 miles north of campus, is 41% percent contained, according to a Sunday morning alert from the Los Angeles Fire Department.

Over 100,000 people in the San Fernando Valley were at one point threatened by the fire, causing large evacuations. The blaze destroyed at least 21 buildings and damaged 11, including homes and commercial buildings, according to the LAFD alert.

The blaze began in Sylmar, California, around 9 p.m. on Thursday night and then expanded to the Porter Ranch area. Low humidity and strong Santa Ana winds caused it to spread rapidly, said Los Angeles Mayor Eric Garcetti at a press conference Friday.

Evacuation orders were lifted by Saturday evening and residents are being allowed to repopulate evacuated areas, according to the latest LAFD alert.

UCLA sent a BruinAlert on Saturday warning students that current air quality on campus may be unhealthy for sensitive individuals, including people with preexisting heart and lung conditions, children, elderly people and pregnant women. Those conditions prompted Residential Life to hand out masks for students on the Hill.

Air quality improved Sunday as winds changed and more of the fire was contained. A BruinAlert issued Sunday at 3:11 p.m. notified the campus the fire remains far from campus and air quality has gradually improved to the lower levels of the moderate range.

Air Now, an air quality index run by the Environmental Protection Agency, rated Westwood air 57, or moderate, as of 4:50 p.m. on Sunday. This is down from a 67 rating Saturday at 1 p.m.

UCLA Health closed its Porter Ranch location Friday because of mandatory evacuation orders and freeway closures that have since been lifted. Scheduled patients were redirected to other locations. All other UCLA Health locations remained open, according to a UCLA Health news release.

Only four injuries have been reported for the Saddleridge fire so far. One civilian suffered a heart attack and later died at the hospital and three firefighters suffered minor injuries, according to the LAFD alert.

Although the fire wasn’t going to reach campus, students were still affected by the air quality. Jahnavi Patel, a second-year business economics and political science student, said she wasn’t concerned for campus safety but she did avoid going outside.

“The air quality was a bit on the risky side,” Patel said. “We could smell the smoke in our dorms, so we had to keep the windows closed and stuff, but it wasn’t that intense.”

Kimi Kodama, a second-year aerospace engineering student, also said it was nice of ResLife to hand out masks on the Hill. She added she was concerned about the safety of affected residents in the San Fernando Valley.

“I was concerned about the people that were close to it,” Kodama said. “Air quality, too, was really bad and being outside was kind of tough.”

Zach Wong, a second-year mechanical engineering student, said he had to change his weekend plans because of the fire and regretted not closing his window overnight.

“I was supposed to go on a hike this weekend and I didn’t because it was kind of north, close to the fires, but it wasn’t that big of a deal,” Wong said. “We slept with our windows open on Friday night so that was a bad decision.” 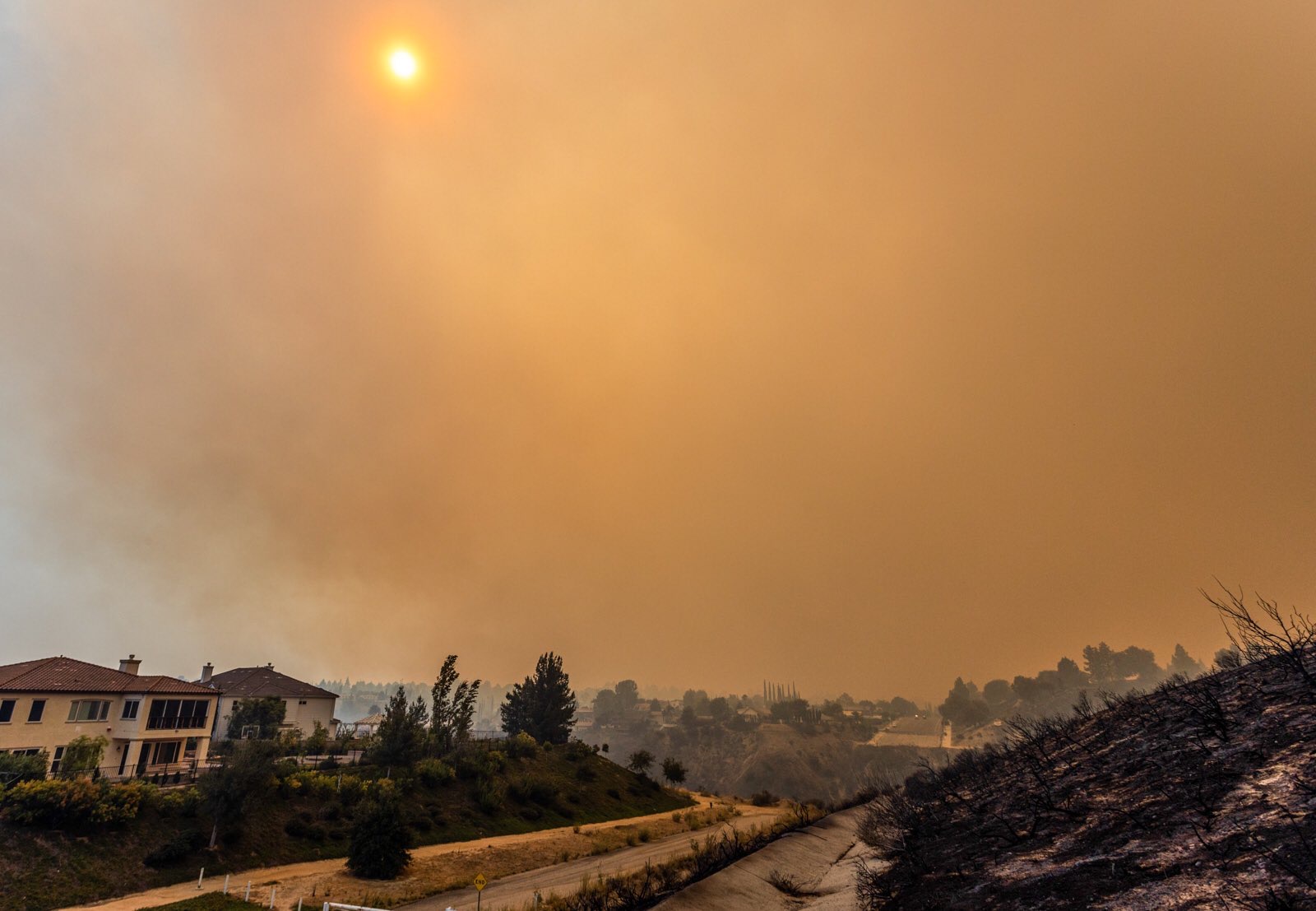 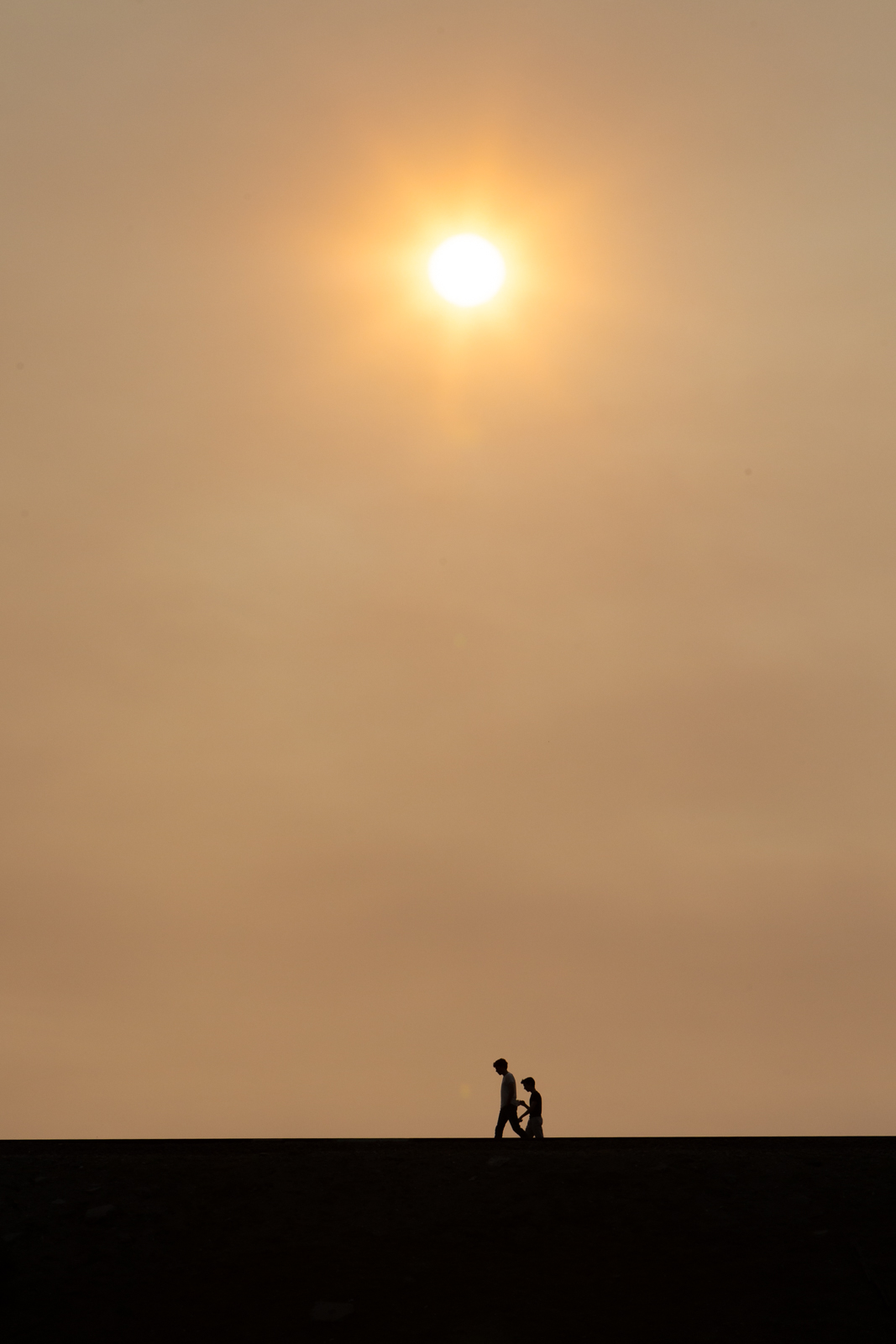