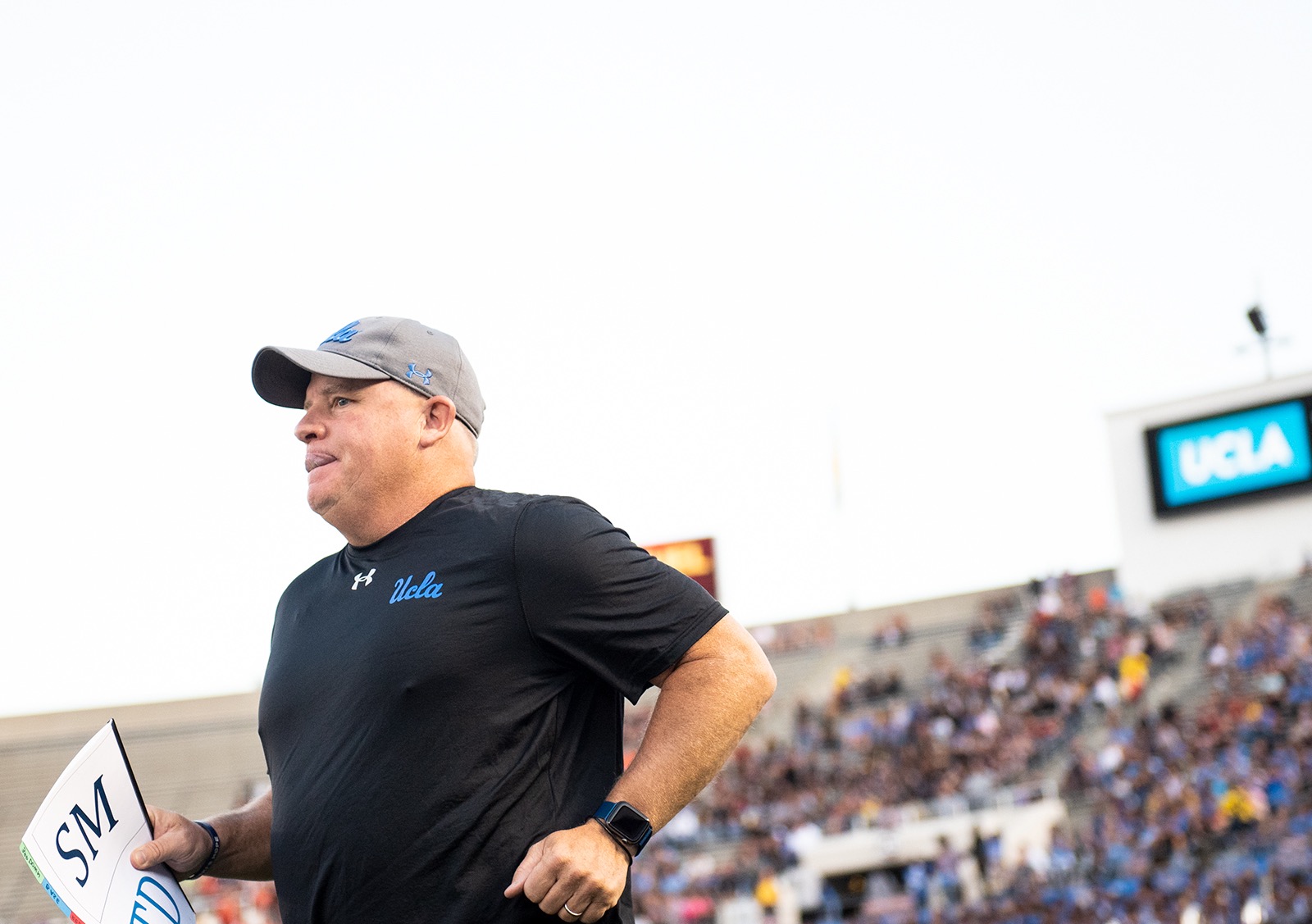 UCLA football lost to Oregon State for the first time since 2012 on Saturday, dropping to the bottom of the Pac-12 standings in the process. Missing their starting quarterback and all momentum they had two weeks prior, the Bruins opened the game flat and never recovered. With bowl season hopes slipping even further away, here are five of the biggest takeaways from the Bruins’ Saturday matchup with the Beavers.

1. The Bruins are the undisputed bottom feeders in the Pac-12

Entering Saturday’s game, Oregon State was the only team in the conference that you could look at and say, “UCLA is better than those guys.”

That is no longer the case.

The Beavers went on the road and thrashed a Bruin defense that hasn’t looked great in any game this season. By the time UCLA could gather its footing, it was staring at a 21-point deficit thanks to blown coverages and poor special teams play.

Oregon State finished the night with a season-high 48 points – and that’s with them playing conservatively in garbage time.

The loss also placed the Bruins at the bottom of the Pac-12 South standings, despite the fact they started conference play with a historic comeback win against Washington State on Sept. 21.

It’s time to recognize UCLA football for what it is – the worst program in today’s Pac-12.

2. The defense managed to get even worse

The Bruins’ defense ranks 127th out of 130 FBS team in total defense, but it seems like nothing is being done to change that.

UCLA is allowing 37.7 points per game this season, which is far beyond acceptable – especially for a team that has played defense-first programs such as Cincinnati and San Diego State as well as Arizona, which was without its two best offensive players.

However, it doesn’t sound like coach Chip Kelly is planning on making changes anytime soon. He emphasized that the problems on the defensive ball are the result of a multitude of things and not just any one individual.

But how are fans supposed to believe that when defensive coordinator Jerry Azzinaro’s unit makes the same mistakes week after week?

Receivers are running wide open routes, quarterbacks have all day to throw and the defense can’t get off the field on third down.

Unfortunately for the Bruins, that is not a winning recipe. In fact, it’s a recipe for disaster.

3. Injuries and suspensions are not a reasonable excuse anymore

The Bruins have been without a number of key guys during the season including senior wide receiver Theo Howard, redshirt junior offensive lineman Michael Alves and sophomore running back Kazmeir Allen.

But it’s time to realize that their absences are not the reason for UCLA’s struggles – not even a little bit.

While all the aforementioned players are talented, their presences would not be enough to outweigh this team’s flaws, and the losses that the Bruins are suffering are proof of that.

Between a stagnant offense and a defense that can’t get off the field, UCLA simply isn’t good enough to compete on a weekly basis.

While inserting some of the missing players back into the lineup could help improve little things here and there, the UCLA is still a 1-5 team that was down by as many as 32 points in its lone win.

Sure, redshirt senior linebacker Keisean Lucier-South happened to make the game-winning strip-sack in his first game back from suspension, but that win came down to much more than that one play.

And unlike last season, there isn’t a sense of an upward trajectory heading into the second half of the year – and the schedule the rest of the way isn’t kind, either.

UCLA still has to face the likes of Arizona State, USC and California, all of which have spent time in the top-25 this season.

Kelly said he expects to get some injured guys back after the bye, but that shouldn’t do much in terms of moving the needle.

Time for something a little more positive.

Redshirt sophomore quarterback Austin Burton made his first career collegiate start Saturday night and did exactly what was asked of him.

Perhaps the most impressive part of his night was the way in which he was able to stay poised in the pocket, avoiding big hits and finding ways to extend plays and drives with his legs.

He managed the game well – despite being given a 21-point hole to climb out of – and never threw the ball into danger. He did fumble the ball a few times, but the Beavers never recovered.

Burton also led the Bruins’ offense to 31 points, good for its second-best output of the season behind the 67-point game in Pullman, Washington, on Sept. 21.

5. But that doesn’t mean there’s a quarterback controversy

This should go without saying, but it isn’t time to throw the towel in on injured sophomore quarterback Dorian Thompson-Robinson simply because Burton played well against Oregon State.

Thompson-Robinson is only two weeks removed from a 507-yard, five-touchdown performance and he should be given the opportunity to return once he is fully recovered from the leg injury he suffered during the game against Arizona on Sept. 28.

While the offense has had its fair share of struggles, Thompson-Robinson is still the guy that gives the team its best chance to win – just look at his peak.

Burton did a great job in his first start, but don’t expect a permanent change at quarterback anytime soon. 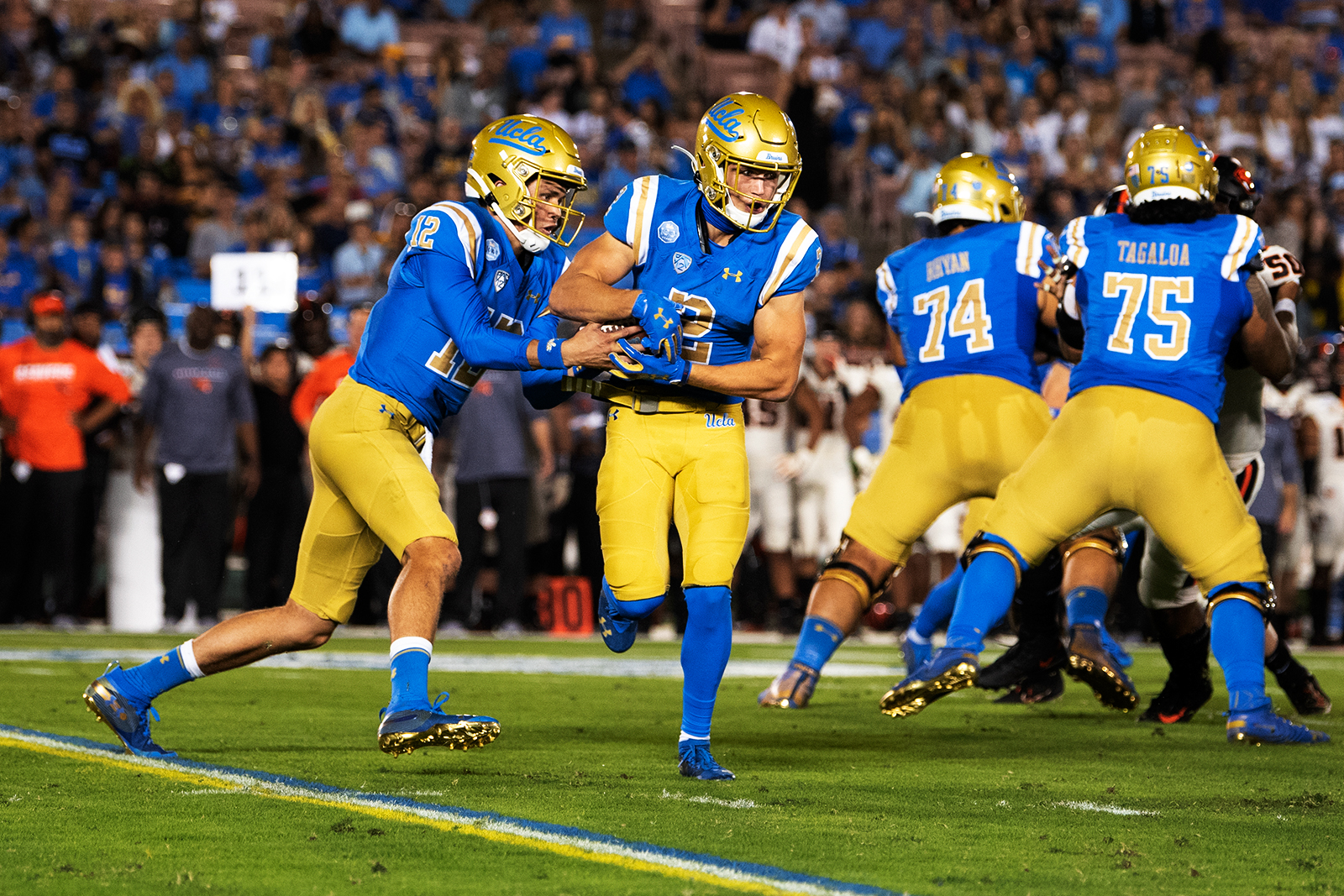 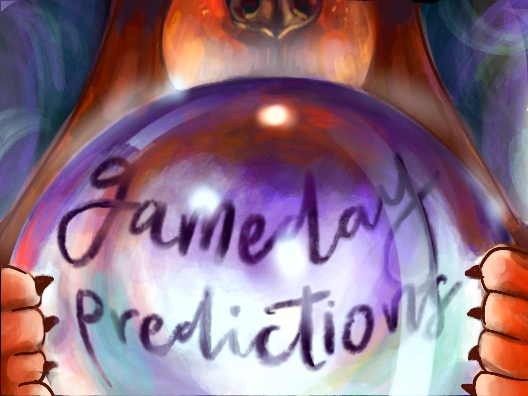 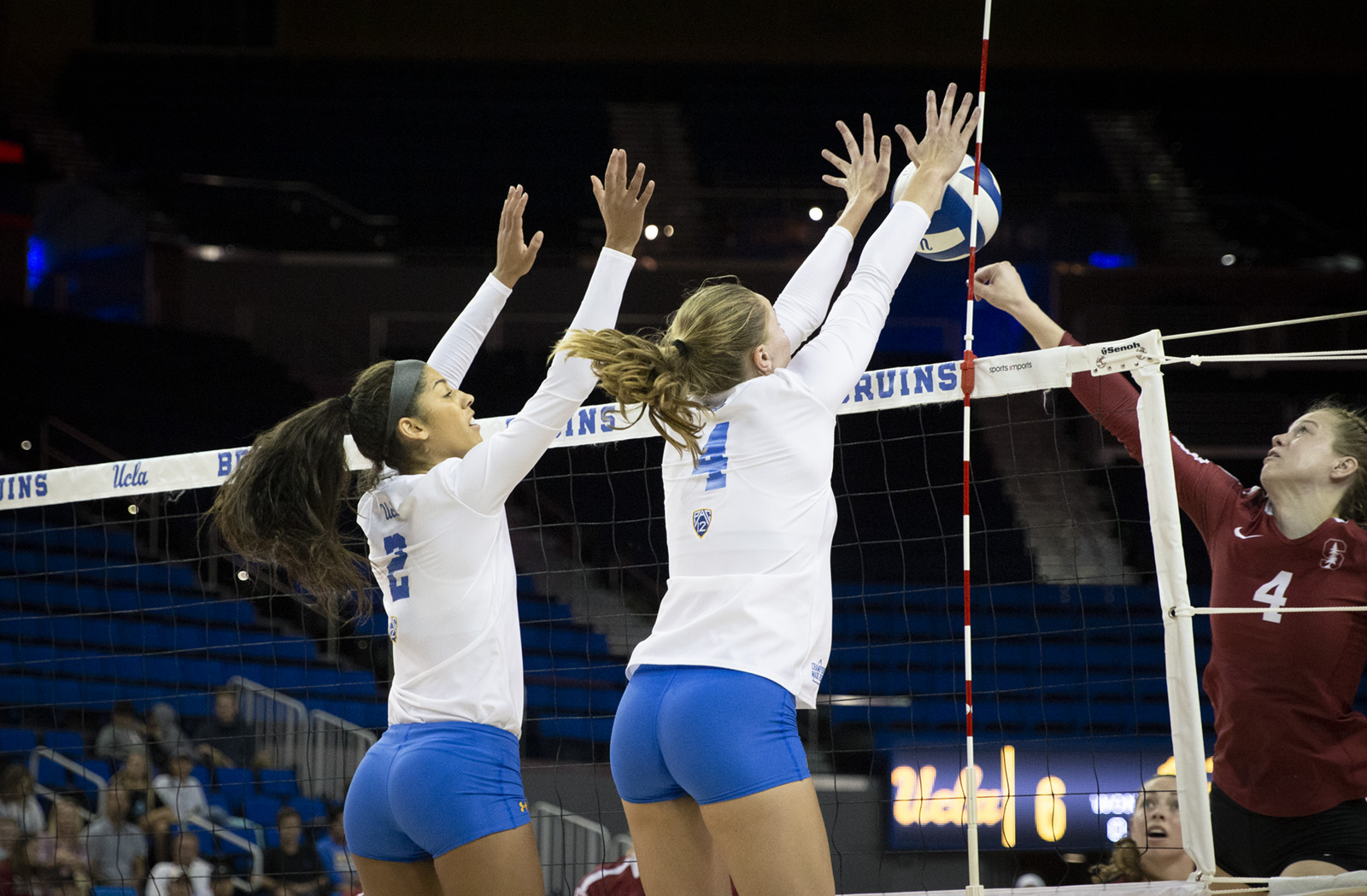 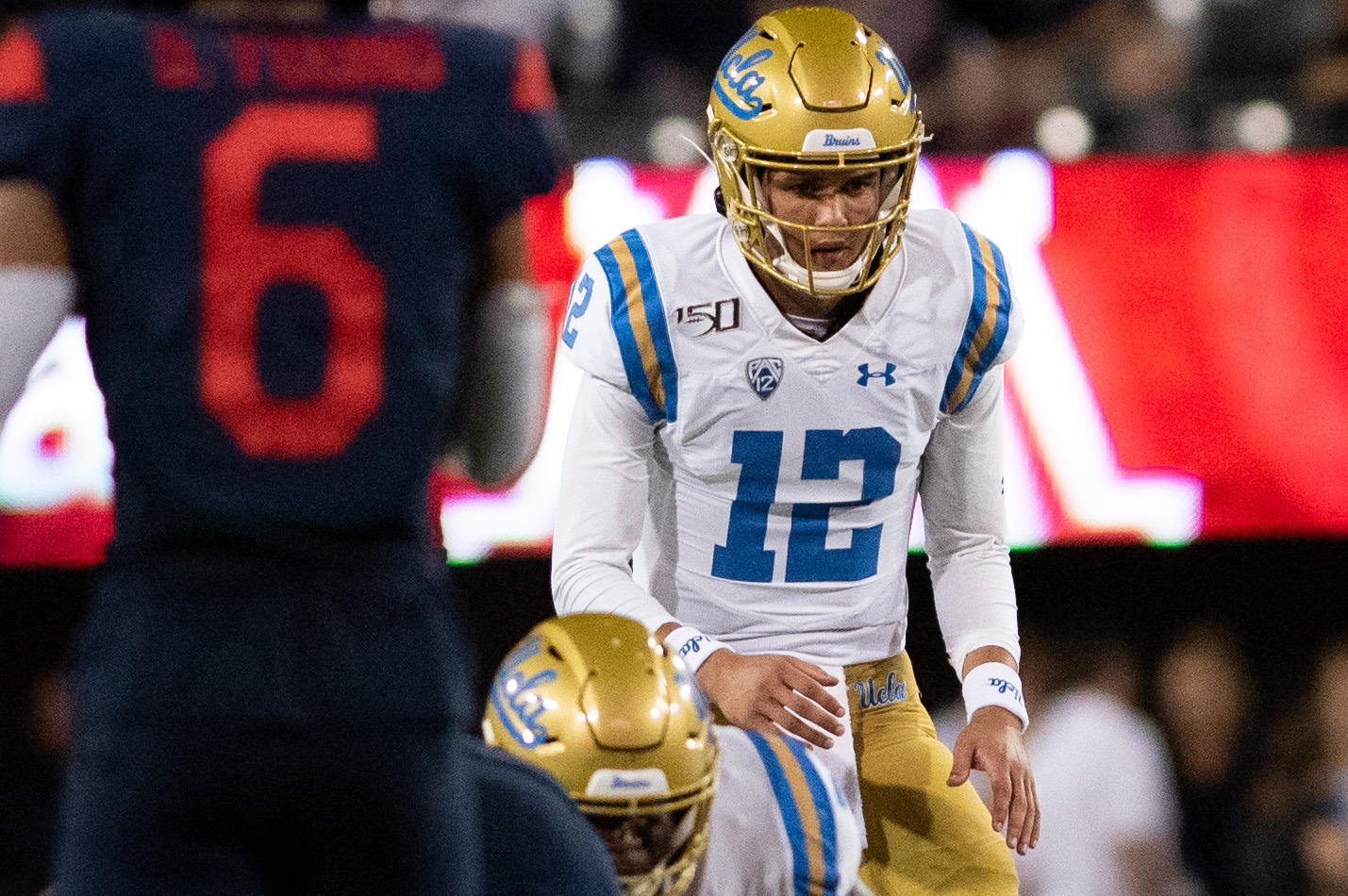