The last time UCLA played Oregon State was in 2016, and the Bruins were able to snap a four-game losing streak.

Though its four losses this year haven’t been consecutive, UCLA football (1-4, 1-1 Pac-12) will have a chance to go above .500 in conference play when it hosts Oregon State (1-3, 0-1) on Saturday at the Rose Bowl. The Bruins will then have a bye week before heading to Stanford.

“It is a good opportunity to get a win, especially going into the bye,” said redshirt sophomore linebacker Shea Pitts. “If we’re able to execute what we’re supposed to do and just tackle – because tackling’s the biggest thing – then they can run whatever they want.”

Oregon State’s offense has put up 28 or more points in every game this season behind quarterback Jake Luton, who has 82 completions on 135 attempts, without an interception.

That’s with the assistance of wide receiver Isaiah Hodgins, whose 33 receptions for 509 yards after four games ranks eighth in receiving yards nationally. His 127.3 yards per game and six touchdowns are best and second-best, respectively, in the Pac-12.

“(Hodgins has) got some circus catches when you look at film of him and you go, ‘Holy smokes,’” said UCLA coach Chip Kelly. “(The Beavers) mix in the run really well, and the other receivers complement them well. But obviously when it starts in the passing game, it starts with Hodgins – and that’s the guy we have to make sure we have all our attention and focus on.”

Oregon State’s running back Jermar Jefferson’s 95.7 yards per game is good for third in the Pac-12, and complementary running backs B.J. Baylor and Artavis Pierce average 8.9 and 8.4 yards per attempt, respectively.

On the other hand, UCLA is at the very bottom of the Pac-12 in yards allowed per game, with 514.4 – over 40 yards more than the next worst team.

“The biggest thing obviously is the defensive backs are going to do their job covering, but like I said before: Just tackle, tackle, tackle,” Pitts said. “If they catch (a) 5-yard under or something like that … that is not an issue. The issue is if they get under, they escape and we can’t tackle them.”

Offensively, the Bruins may be without their starting quarterback Saturday after sophomore Dorian Thompson-Robinson left last week’s game with a leg injury and didn’t practice Monday through Wednesday this week.

If that is the case, redshirt sophomore quarterback Austin Burton – who threw for 48 yards, going 5-for-9 in his quarter-long season debut – will get the start, with backup duties falling to freshman quarterback Chase Griffin.

But UCLA still has its ground game, and Oregon State’s run defense is worst in the conference with 180.5 average yards allowed.

The Bruins have been held to fewer than 20 points in each of their four losses, but notched 67 points in their only win over then-No. 19 Washington State.

UCLA’s running backs only contributed 93 of the team’s 657 total yards against Washington State in its comeback win, leaving 500-plus to Thompson-Robinson and the receivers.

Against Arizona last week – despite the loss – UCLA rushed for 217 yards and threw for 228. The Bruins have bettered their run game nearly every week, and their season-high 228 yards was 3.5 times more than its 62 yards from the backfield in weeks one and two.

The Bruins will be back home for kickoff Saturday at 6 p.m. 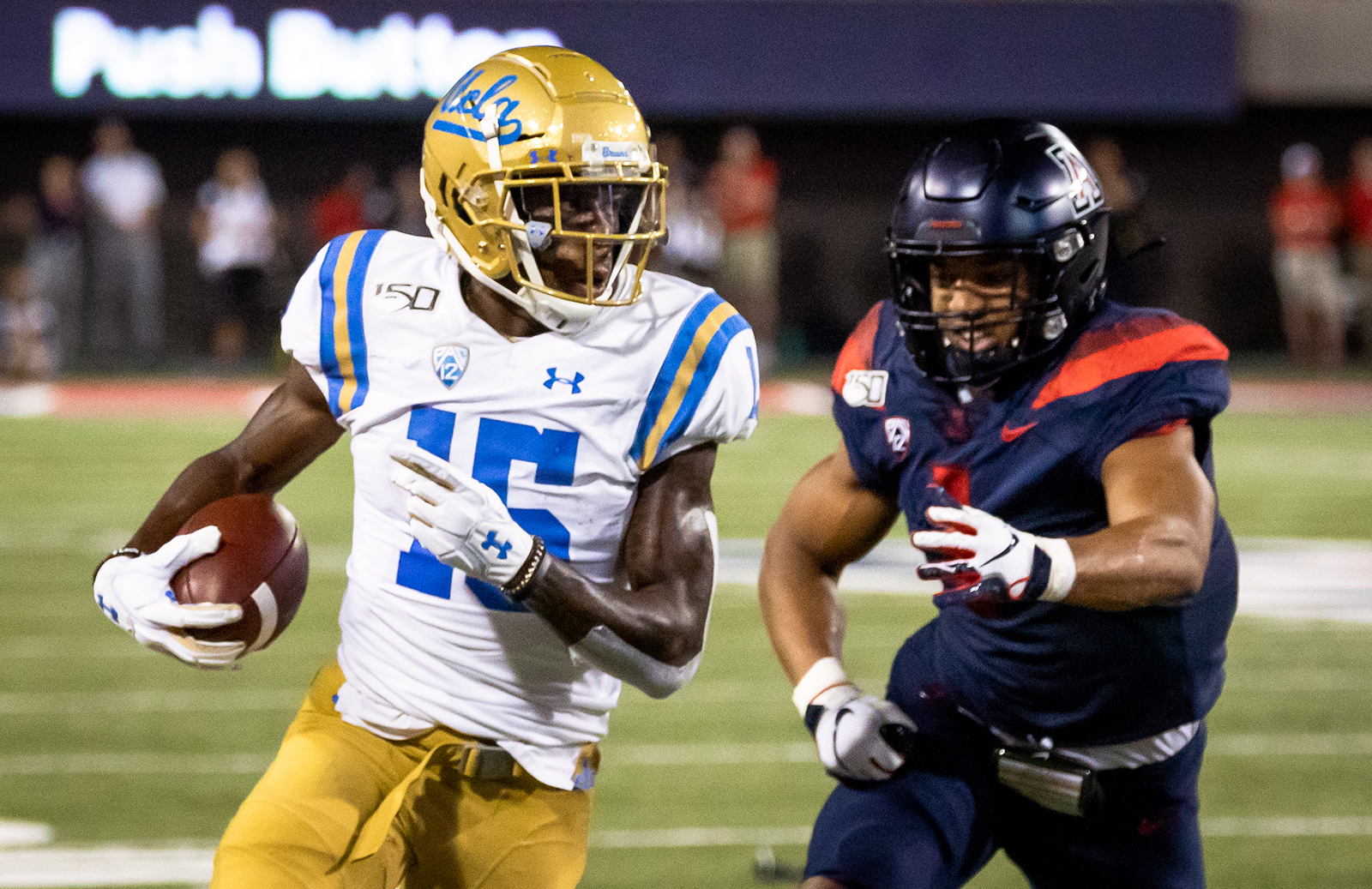 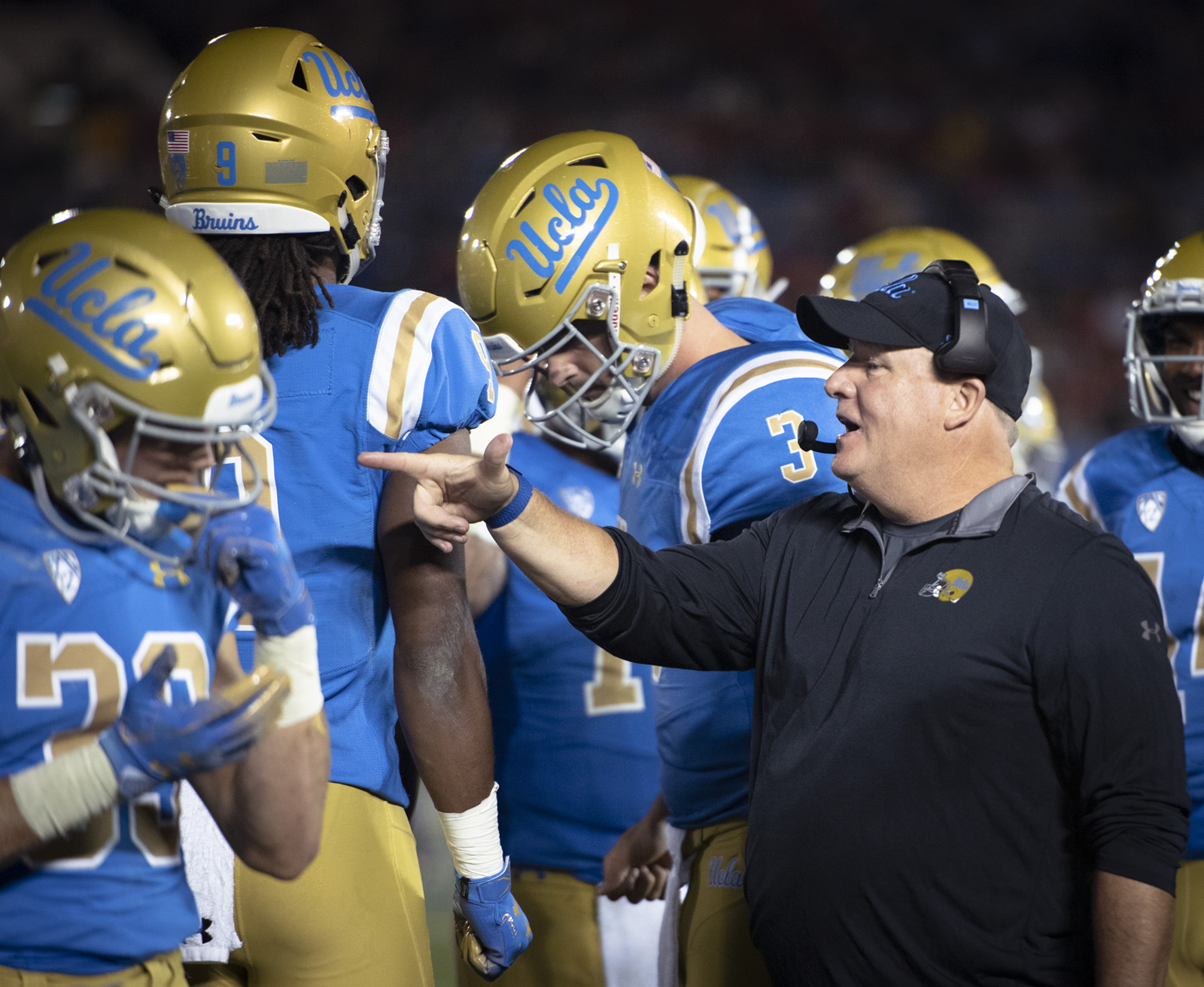