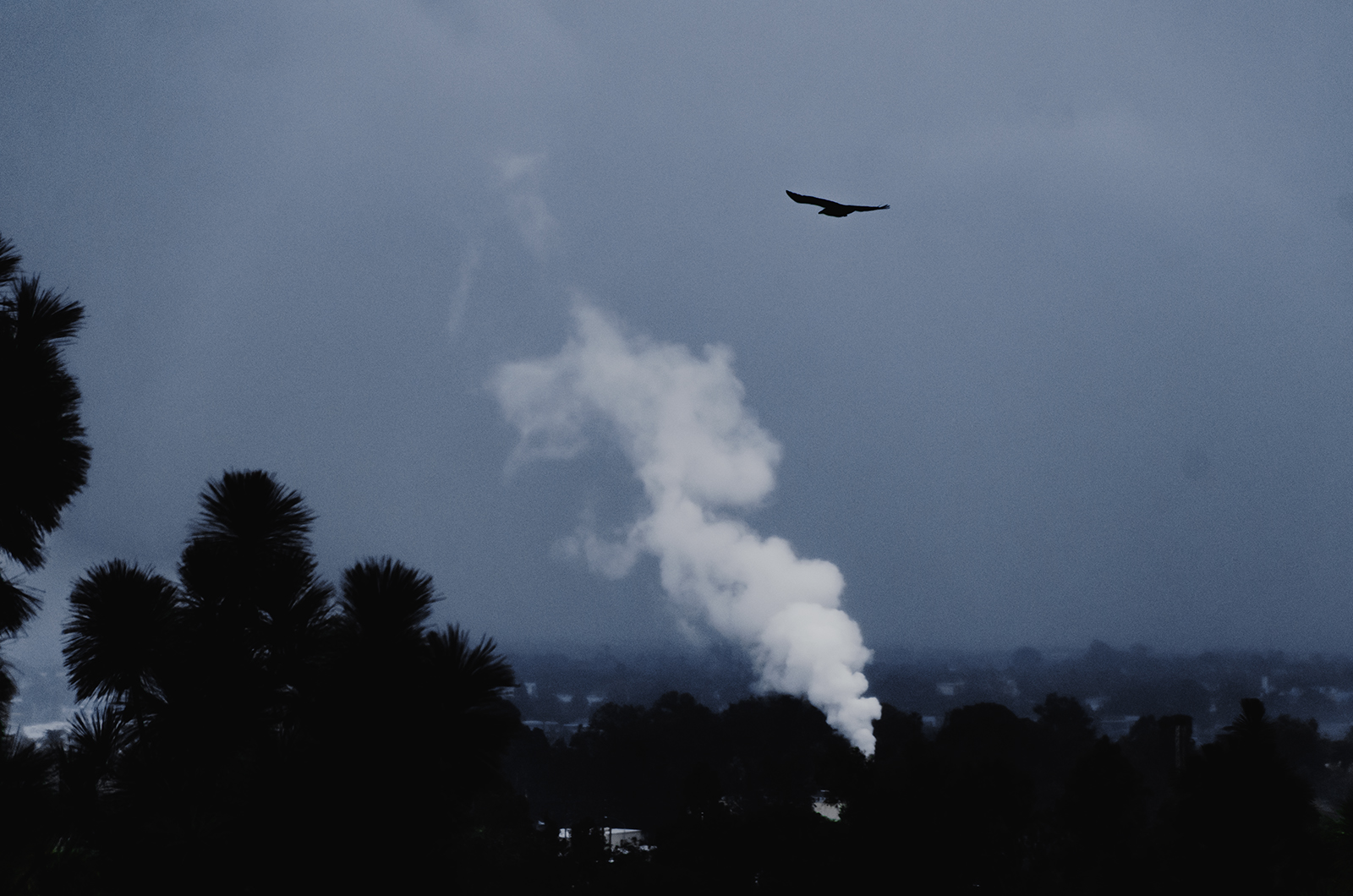 The UC, including UCLA, have committed to take steps toward reaching carbon neutrality by 2025. However, the continued rate of carbon emission suggests a lack of action on UCLA’s behalf. It must be realistic with students about its progress in reaching the currently unattainable goals. (Kanishka Mehra/Assistant Photo editor)

As the ever-changing state of our planet plunges humanity into crisis, words truly matter now more than ever.

Unless, of course, you are a wealthy institution providing surface-level promises.

UCLA and the rest of the University of California stepped into the fight for a cleaner environment and sustainable practices years ago, announcing a pledge in 2013 to be carbon neutral by the year 2025. This means “emitting net zero greenhouse from its buildings and vehicle fleet,” according to the UC’s initiative.

But as of today, UCLA’s campus remains highly reliant on fossil fuels, with 85% of UCLA’s power coming from an electric plant that runs on natural gas, according to the UCLA Facilities Management website.

With that in mind, 2025 suddenly seems like a tight deadline.

Bold policy proposals, such as those announced by the UC and UCLA, warrant examination and critique – especially if they’re far from being achieved. These institutions need to be realistic and honest with their progress – even if it means admitting their limitations and failures.

And at a time when it is easy for cynicism and complacency to take over, as our leaders continuously undermine efforts to save the planet, it is necessary to demand genuine action and accountability.

Despite the unfortunate environmental reality for a campus that has committed itself to a lofty goal five years away, Nurit Katz, UCLA’s chief sustainability officer, said in an email statement that this goal will still be met. Katz added that UCLA has a comprehensive set of solutions it is pursuing to achieve carbon neutrality by 2025.

“UCLA is also working with the UC Office of the President and other UCs on development of biogas to fuel our cogeneration plant, and other off-site solutions,” Katz said in an email statement. “UCLA just signed a renewable energy agreement with the Los Angeles Department of Water and Power to increase the university’s reliance on renewable energy.”

There is no doubt that these are important steps that the university has taken, but it isn’t hard to see why there might be some lingering skepticism.

A recent op-ed in the Los Angeles Times written by investors in the UC claimed that the principal reason for dropping their fossil fuel investments was monetary, not a burning desire to help the planet. Investments in fossil fuels were becoming too risky – not for our planet, but certainly for financiers’ pockets.

Maybe the UC isn’t as progressive as it leads outsiders to believe.

Katz has said earlier in the year that if UCLA cannot transition to renewable energy, it will pursue the purchase of carbon offsets, which allow buyers to offset their emissions by investing in efforts that will take carbon out of the atmosphere.

However, Stephanie Pincetl, professor-in-residence at the UCLA Institute of the Environment and Sustainability, has said previously that the exact science of offsets is politically and economically fraught and that she isn’t convinced offsets work to reduce the amount of carbon in the air.

Not only that, but the concept of carbon offsetting raises quite the ethical conundrum. Allowing anyone with money to pay for offsets instead of committing to changing their carbon-spewing behavior isn’t an equitable way to address the climate crisis, or the most foolproof.

Even though carbon neutrality by 2025 is the goal, the science has not made it clear whether that can even be achieved using offsets – let alone if offsets should be used at all.

Arielle Alvarez, a third-year sociology student, said that she wasn’t a fan of the idea of offsets and hopes UCLA and the UC focus on making changes in their own practices.

“They are kind of abusing their power by not making the change themselves and finding ways around it to look like they are,” Alvarez said. “But (they’re) not fixing the source of the problem, which is these damaging ways of releasing carbon into our air.”

According to the 2018 UC sustainability report, UCLA produced a little over 200,000 metric tons of carbon dioxide equivalents from its natural gas usage, electricity purchases and other means. This is equivalent to the amount of carbon emitted by over 43,000 cars in one year. The same report cited that UCLA’s greenhouse gas emissions were roughly the same as the previous two years, proving that carbon offsets are doing anything but.

This sure doesn’t sound like a school that will have the ability to become carbon neutral in just over five years, or one that should be promising that to the public.

“I think they should actually make goals and achieve them, because actions speak louder than words,” said Nathaly Castro, a first-year mathematics student.

It is true that the UC and UCLA have made a strong commitment to tackling climate change, which is more than can be said for the federal government. UC President Janet Napolitano has repeatedly acknowledged that universities have a responsibility to address climate change. The release of these proposals show at the very least that this issue is on their mind, even if their plans have flaws.

However, as the UC and UCLA announce these bold initiatives to combat the impending threat of climate change, it becomes all too easy for them to soak up praise for their words, only to dodge the scrutiny of those asking for action.

Ultimately, these goals are akin to a PR stunt – one that won’t make the future of the planet look any prettier.

Words matter, but perhaps what matters even more is sticking by them.

And a dash of realism wouldn’t hurt either.