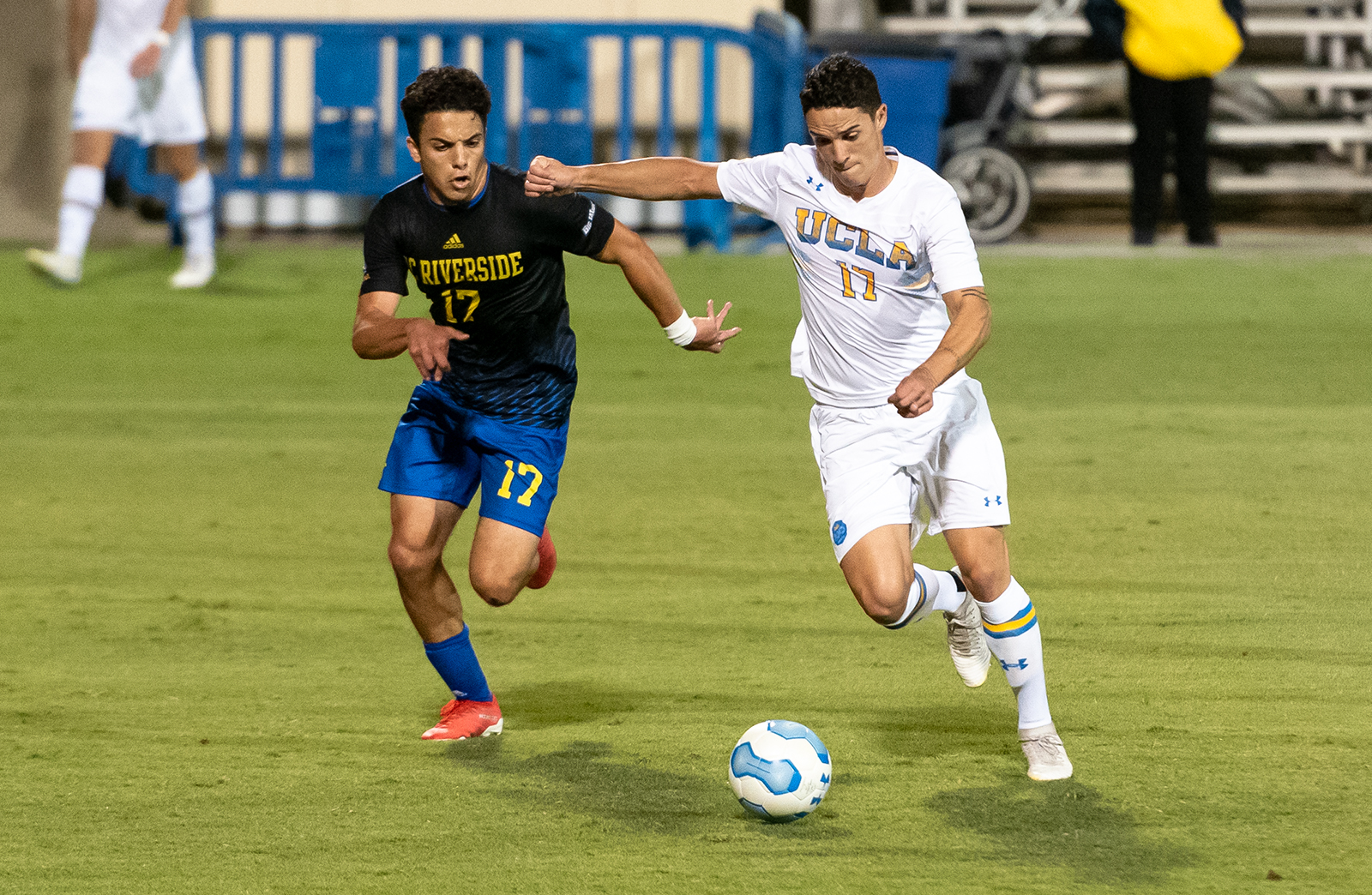 Pimentel previously spent two seasons at Pittsburgh, winning the ACC tournament with the Panthers in 2018. Pimentel said his transition to Pac-12 play has been smooth, despite the difference in level of play.

“We might not have the same opponents that I did back (in the ACC tournament),” Pimentel said. “But I think from the coaching staff and the players we have, we have a lot to improve and a bright future. The transition has been pretty solid, the guys took me and integrated me very well (into the team) and I feel very comfortable here.”

Pimentel has accumulated 20 shots on the year, with seven of them threatening the goal. He is only bested in both categories only by junior forward Milan Iloski, who has turned in nine goals for the Bruins. Pimentel said his play in the midfield has translated well to UCLA and Jorden’s style of possession-based soccer.

“I was used to playing (possession soccer) at Pitt,” Pimentel said. “The style I am not comfortable with is when you have a centerback and you just dump balls in the front and run after it. Most opponents we have play in that style so I am grateful we have a coach that does not look (to play) this way.”

In Tuesday’s game against UC Riverside, Pimentel picked up one shot on target in 44 minutes played.

Sophomore midfielder Riley Ferch – another new addition to the team – picked up his first score of the season against the Highlanders on Tuesday. Ferch spent his freshman season playing for the South Florida Football Academy and led the team with 11 goals in 25 games played for the U19 squad.

“The transition process has been amazing,” Ferch said. “I feel like the system (we play with) fits players like me who are more technical. But you also have the (defensive side), you have to be smart, and I have been learning more with that.”

Ferch made only his second career start as a Bruin against Riverside after coming off the bench in his previous seven games. As a substitute, Ferch has accumulated 301 minutes in the Bruins’ midfield in games he has not started.

“When I recruited (Ferch), I knew that he had a lot of talent,” Jorden said. “For all first-year guys that get recruited to UCLA … they don’t get recruited here if they aren’t good enough footballers. They have the ability, but to make the transition to Division-I soccer, you’re talking about a transition as an 18- or 19-year-old that is very hard.”

Other notable first-year players include freshman defender Constantinos Michaelides – who also picked up his first career goal in Tuesday’s match – and freshman forward Jefferson Alade, who has made five appearances for the Bruins this season.

The Bruins’ next match will take place Sunday against San Diego State at Wallis Annenberg Stadium. 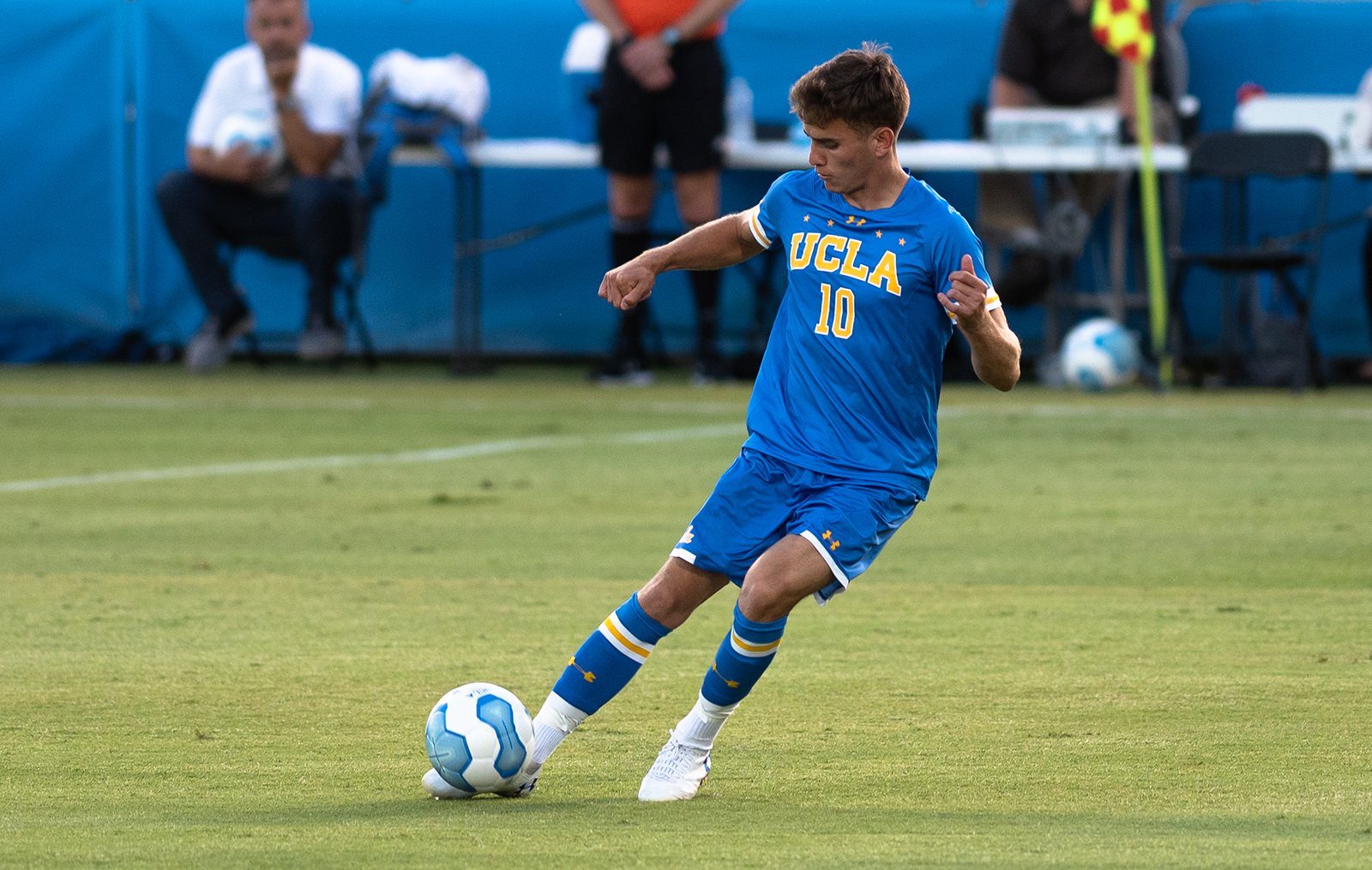 In first weekend of season, men’s soccer scores one win and endures one loss 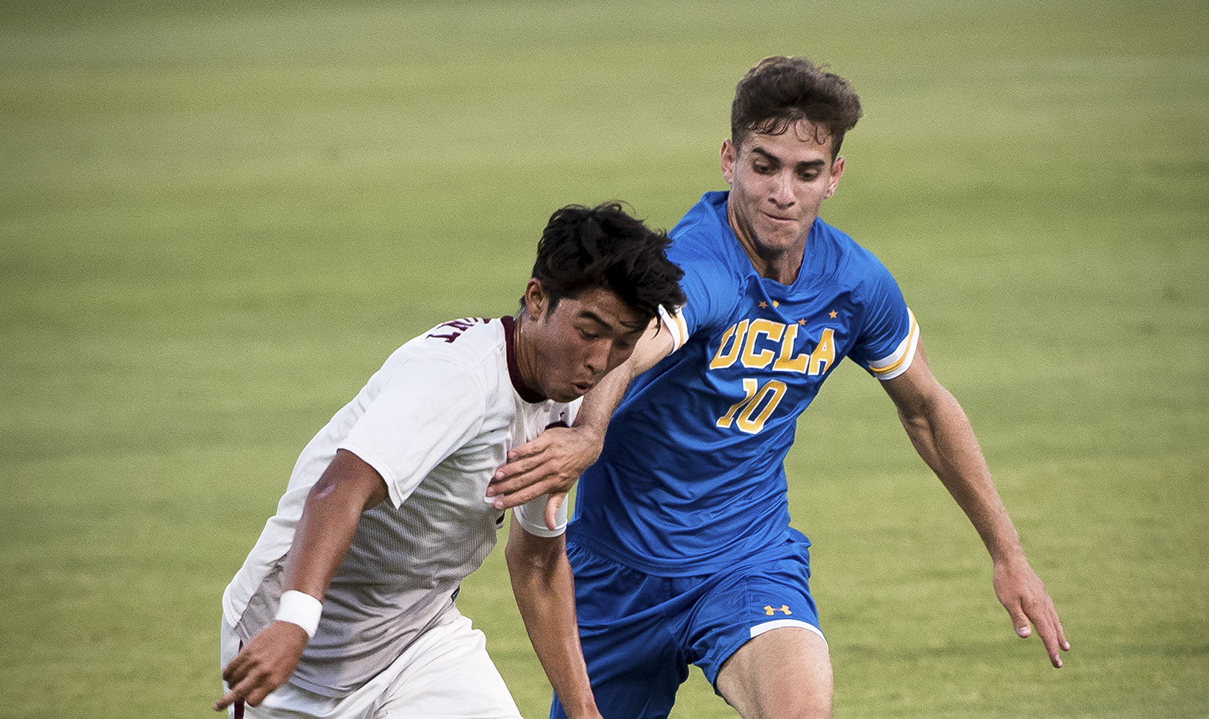 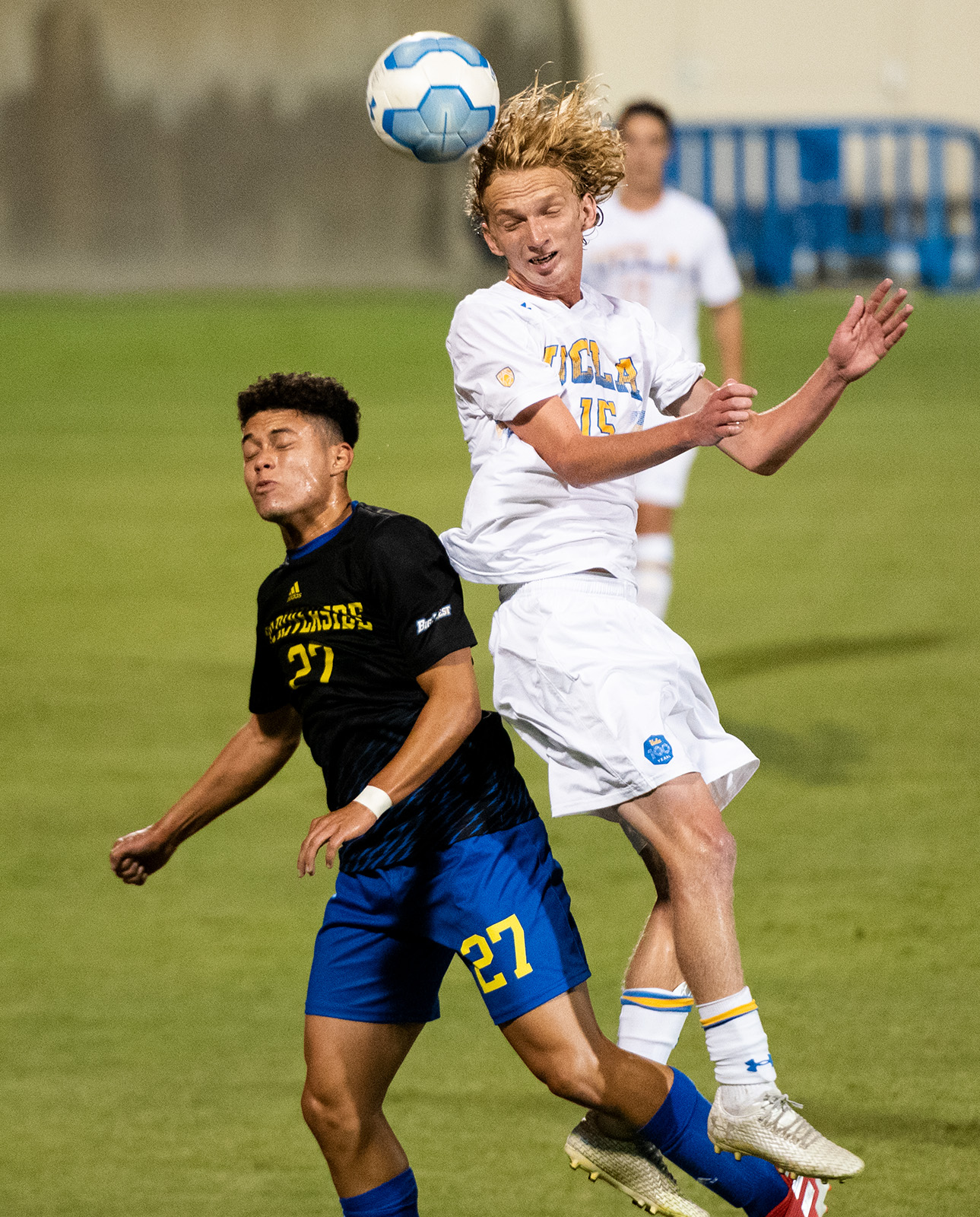 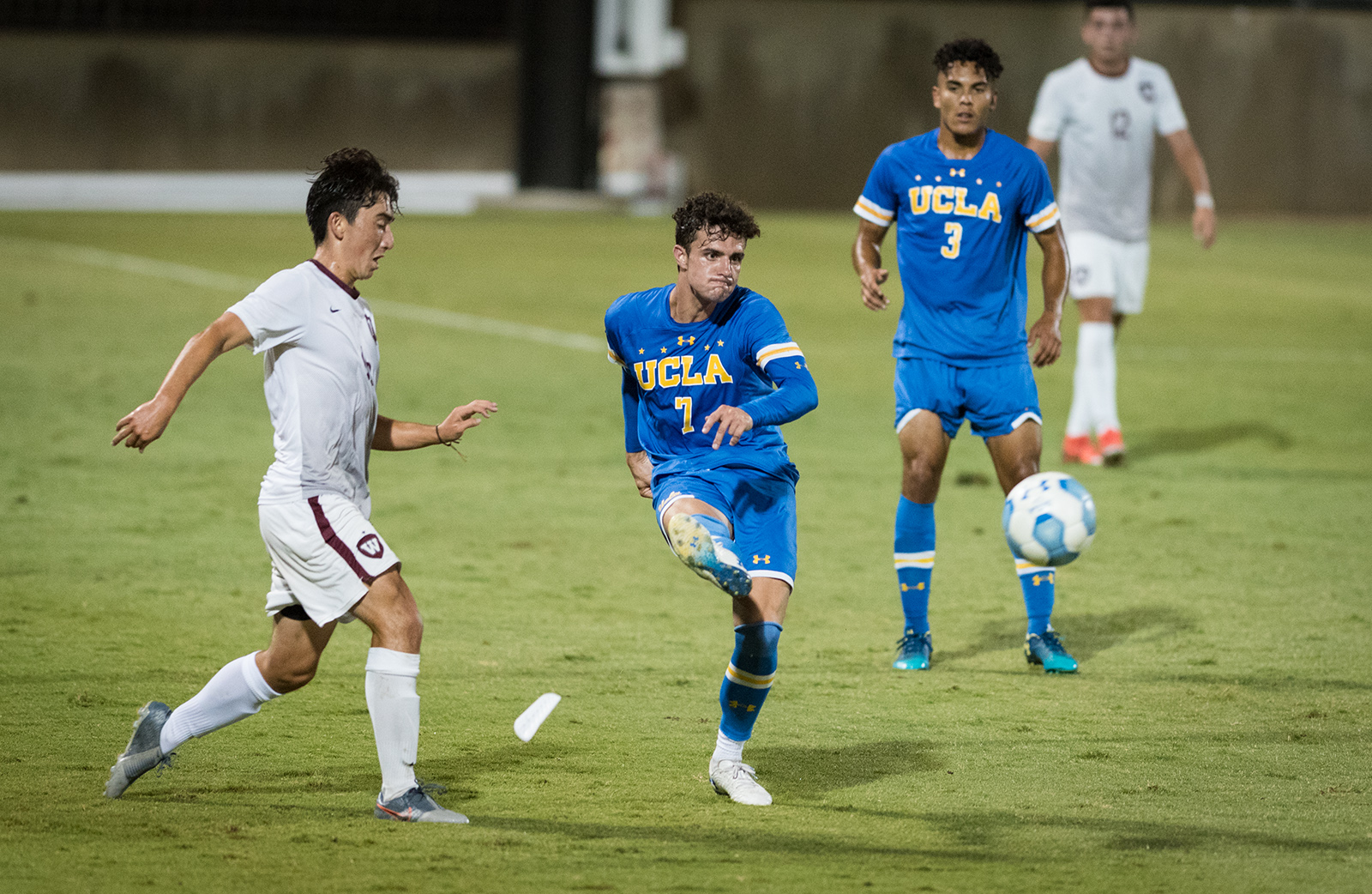