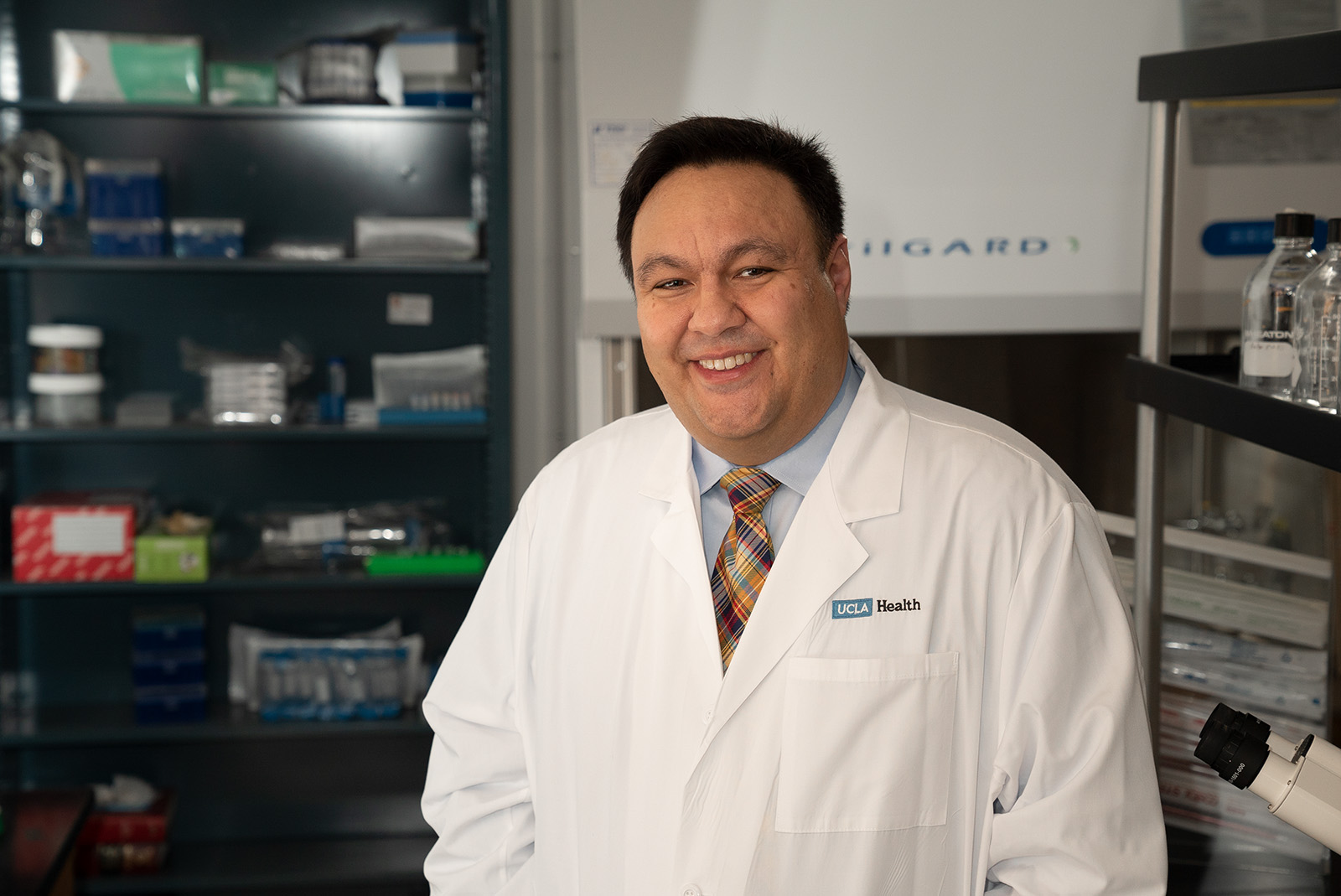 Steven Jonas, a clinical instructor at the David Geffen of School of Medicine, received a $1.25 million grant for his work developing cellular immunotherapies. (Milo Mitchell/UCLA)

A UCLA physician-scientist received a $1.25 million grant to support his research, according to a university press release published Tuesday.

Steven Jonas, a clinical instructor in the pediatrics, hematology and oncology division at the UCLA David Geffen of School of Medicine, received the National Institutes of Health Director’s Early Independence Award.

The award, which consists of a $1.25 million grant distributed over five years, will aid Jonas in his research. His work focuses on the development of genetically engineered cell-based therapies for patients with cancer and other life-threatening conditions, according to the press release.

The award is part of the NIH’s High-Risk, High-Rewards Research Program, which aims to help junior scientists attain independent research positions and further their scientific careers, the press release stated.

In 2018, Jonas received the Randi and Warren Grant Research Grant, a $100,000 grant from the Tower Cancer Research Foundation, for his work on cellular immunotherapies.

In addition to being a clinical instructor, Jonas is a researcher at the UCLA Jonsson Comprehensive Cancer Center and a member of the Eli and Edythe Broad Center of Regenerative Medicine and Stem Cell Research, the California NanoSystems Institute and the UCLA Children’s Discovery and Innovation Institute.