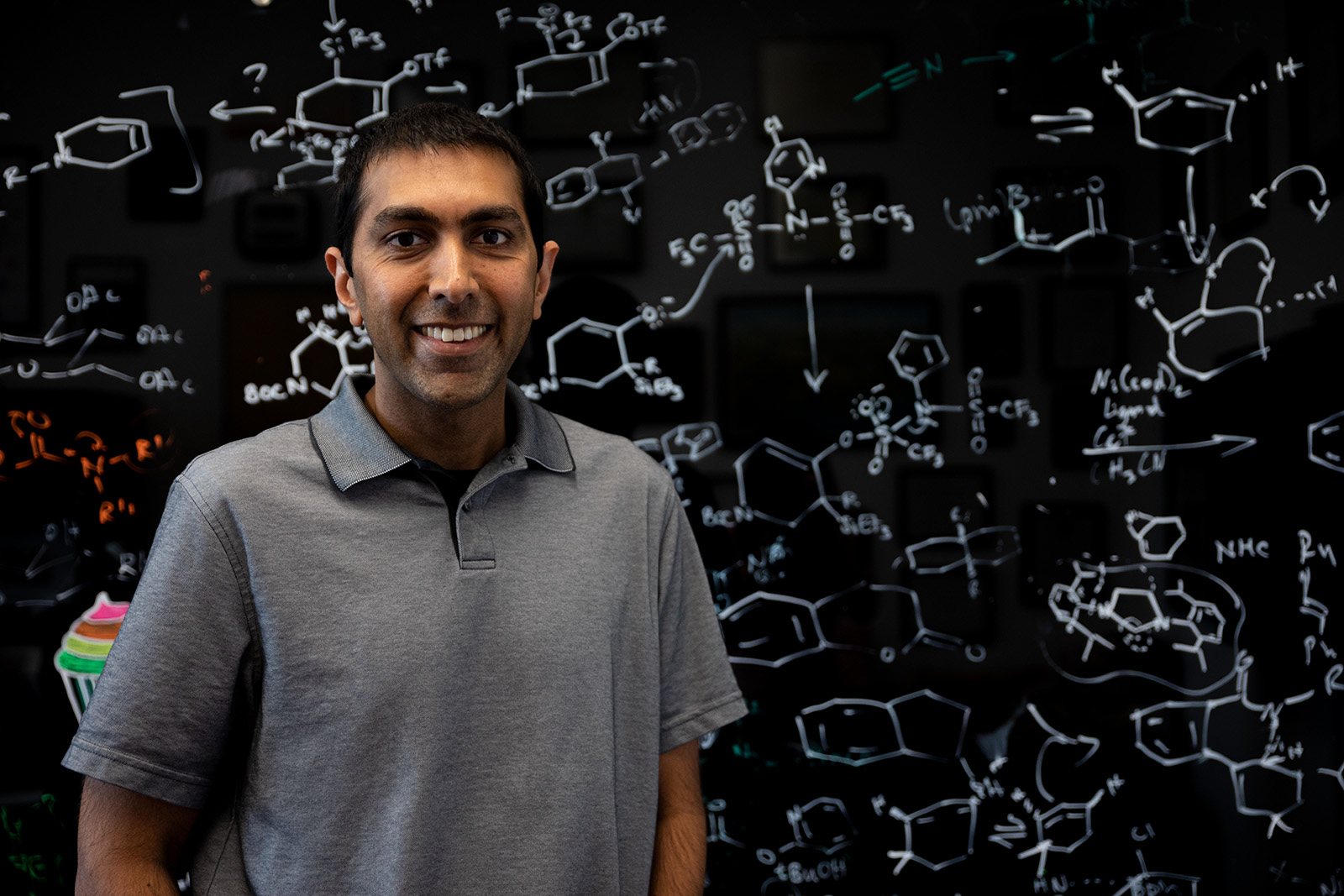 A team of UCLA researchers created a website to help teach organic chemistry.

The website, R/S Chemistry, focuses on teaching students principles of organic chemistry – a branch of chemistry that deals with carbon-based molecules. The website has three difficulties and two different modes that students can use to practice their skills. There is a learn mode with an interactive model to help students picture molecules in three dimensions, and an expert mode that tests their skills in a timed game.

Garg said the team met once a week for around a quarter to brainstorm explanations and examples for the website, and contracted a technology consultant to program the website.

The website teaches students how to assign stereocenters – an atom bonded to four different substituents, according to its website – in organic molecules. It includes several examples and has an interactive model to help students view the molecule in three dimensions.

Garg said the goal of the website was to make organic chemistry more engaging for students.

For example, the team included molecules that are relevant to society in the website’s material, such as azidothymidine, a drug used to prevent and treat HIV; quinine, which is used to treat malaria; and firefly luciferin, which gives fireflies their luminescent quality.

“Every time a student assigns a stereocenter, they’re doing it on something they should care about,” Garg said. “If students are engaged, they are more likely to do well.”

Emily Siegler, a recent biochemistry alumnus who worked on the website, said she thinks science education is shifting away from the typical lecture-textbook style, and the website plays into the way students’ minds are changing.

“It integrates well into students’ lives,” Siegler said. “They (can) play this game on their phone while they are waiting for the bus or doing various things.”

Garg said molecules with the same composition can have different stereocenter classifications, which affects biological function. Stereocenters can be assigned as either R, which is clockwise, or S, counterclockwise, based on the structure of the molecule, which led to the name for the website. He also said a typical exam question asks students to identify and classify stereocenters in molecules.

Siegler said she thought assigning stereocenters was a difficult concept because it involves complex spatial awareness of three dimensional molecules. Siegler also said as a former student, she is aware of what would be helpful to understand stereocenters.

The team tried to keep explanations concise so a confused student could find it resourceful, she added.

“For a lot of students, including myself, this is a really hard underlying topic to master,” Siegler said. “We tried to explain these concepts so that anyone could understand it.”

Francesca Ippoliti, a graduate student in Garg’s lab, taught organic chemistry in the past and said stereocenters are difficult to understand because they require students to think in a different way.

“You have to think about the orientation of the molecule in space, and that’s really hard for a lot of people to see,” Ippoliti said. “I think helping them understand it more will make them hate it less and (they) will hopefully … at least think it’s an interesting subject.”

Garg said he hopes the website stands as a model that professors will work with to positively impact students.

“I think there’s so many students that take organic chemistry that don’t go into it as a field for their career,” he said. “If they leave with an appreciation of its relevance and its value, … that’s what it’s really about.”