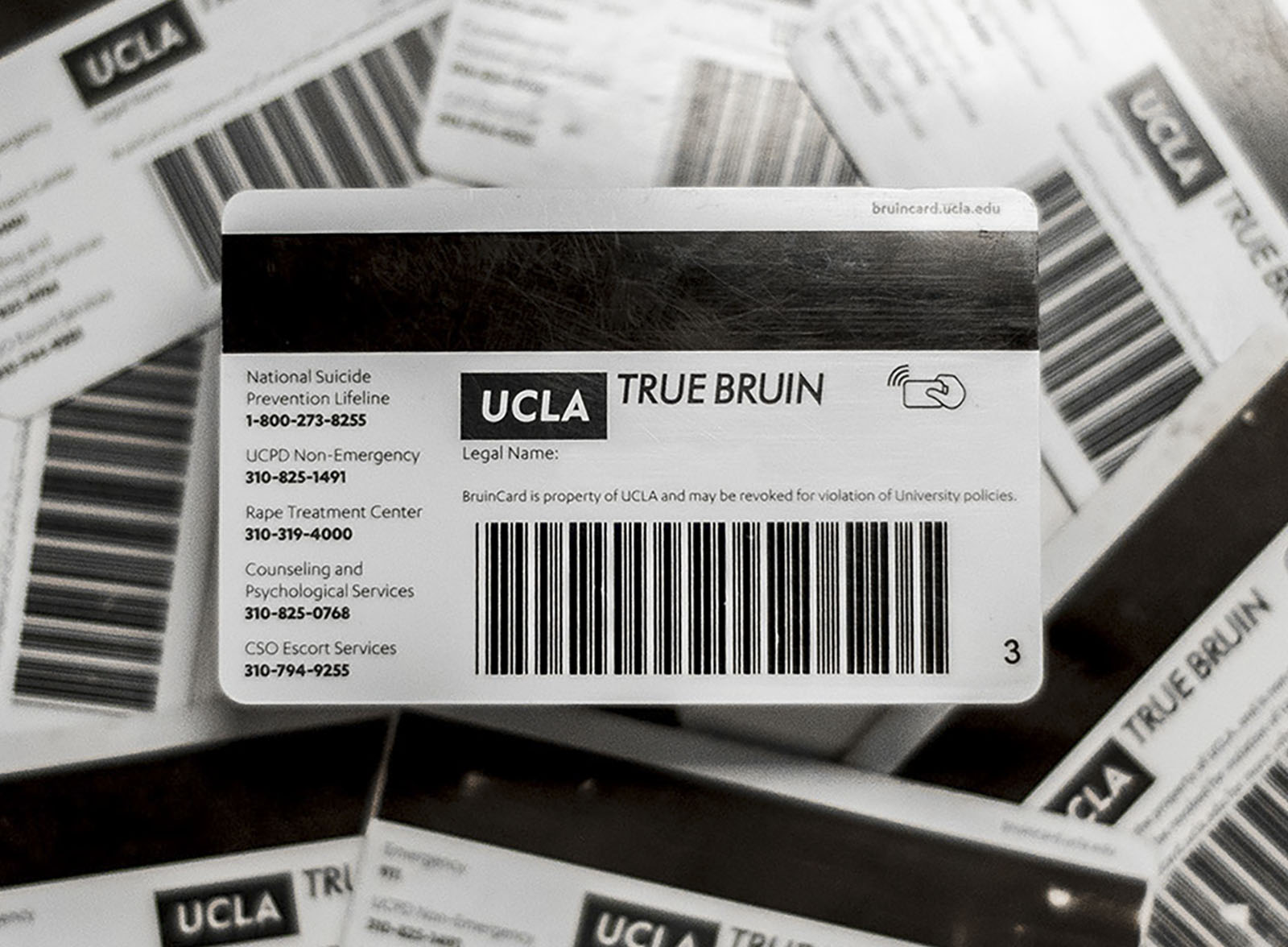 Newly printed BruinCards now have the National Suicide Prevention Lifeline number printed on the back of the card. The addition of the number is in part the result of a former student representative’s 2018 campaign promise. (Photo Illustration by Kanishka Mehra/Assistant Photo editor)

The National Suicide Prevention Lifeline number is now being printed on the back of all new BruinCards.

“Mental health is a big issue across college campuses, and I feel like nothing – or very little – has been done to address the mental health issues … across UCLA,” the fourth-year sociology student said.

In the county of Los Angeles, over a hundred suicide attempts by 17-to-25-year-olds led to fatal injuries in 2016, according to the California Department of Public Health. The number rises significantly when considering attempts that did not result in death, with over a thousand nonfatal attempts at suicide in 2014.

The NSPL is a 24/7 network of crisis centers that provide free and confidential emotional support to those experiencing emotional distress or a suicide crisis, according to the organization’s website. The NSPL number replaces the 911 emergency number on the BruinCard.

To some students, however, it is not immediately clear how printing the NSPL number on the back of BruinCards will help the cause. Bryan Perez, a fourth-year neuroscience student, said he’s never had to pay attention to the back of his BruinCard.

“All you really need it for is to tap to go into dorm rooms and scan to go to the gym,” Perez said. “You don’t really think to look at the back of the card, because it’s serving its function.”

Sam Michaelsson, a fourth-year philosophy student, says he knows of the numbers on the back of the card – which also includes the contact information for university police and the Rape Treatment Center, among others – only because he noticed them by chance.

“I think that there can be some more education on the fact that the numbers are there because I had to discover that (for myself),” he said.

Solis says he still believes the NSPL can have a significant positive impact on the Bruin community.

“Even though a lot of people may not read or look at the back of the BruinCards, there are still some people who are going to look at it,” he said. “It might not help all the 33,000 undergrads, but it might help some and that’s more than enough.”

BruinCards also include the number for Counseling and Psychological Services. However, Solis said the NSPL can provide more direct and instant assistance to those in need than CAPS, without having to deal with CAPS’ bureaucratic processes of scheduling appointments and completing registrations.

“Having a number that’s not tied to the system is important, so that students feel comfortable sharing their personal information, and what they’re going through,” he said.

However, the NSPL is not intended to replace existing institutions, Solis said.

“I just want and hope people know that this is not the answer to the issues that are occurring on campus with mental health,” he said. “This is just one little, little thing that can have a big impact.”

Solis’ initiative received support from the BruinCard office and over 30 student organizations, including Students For Education Reform at UCLA, the Vietnamese Student Union and the GRIT Coaching Program, while he was in office.

“Getting the support of student-led organizations was really important to showcase that this (initiative) was supported by a lot of students on campus,” he said.