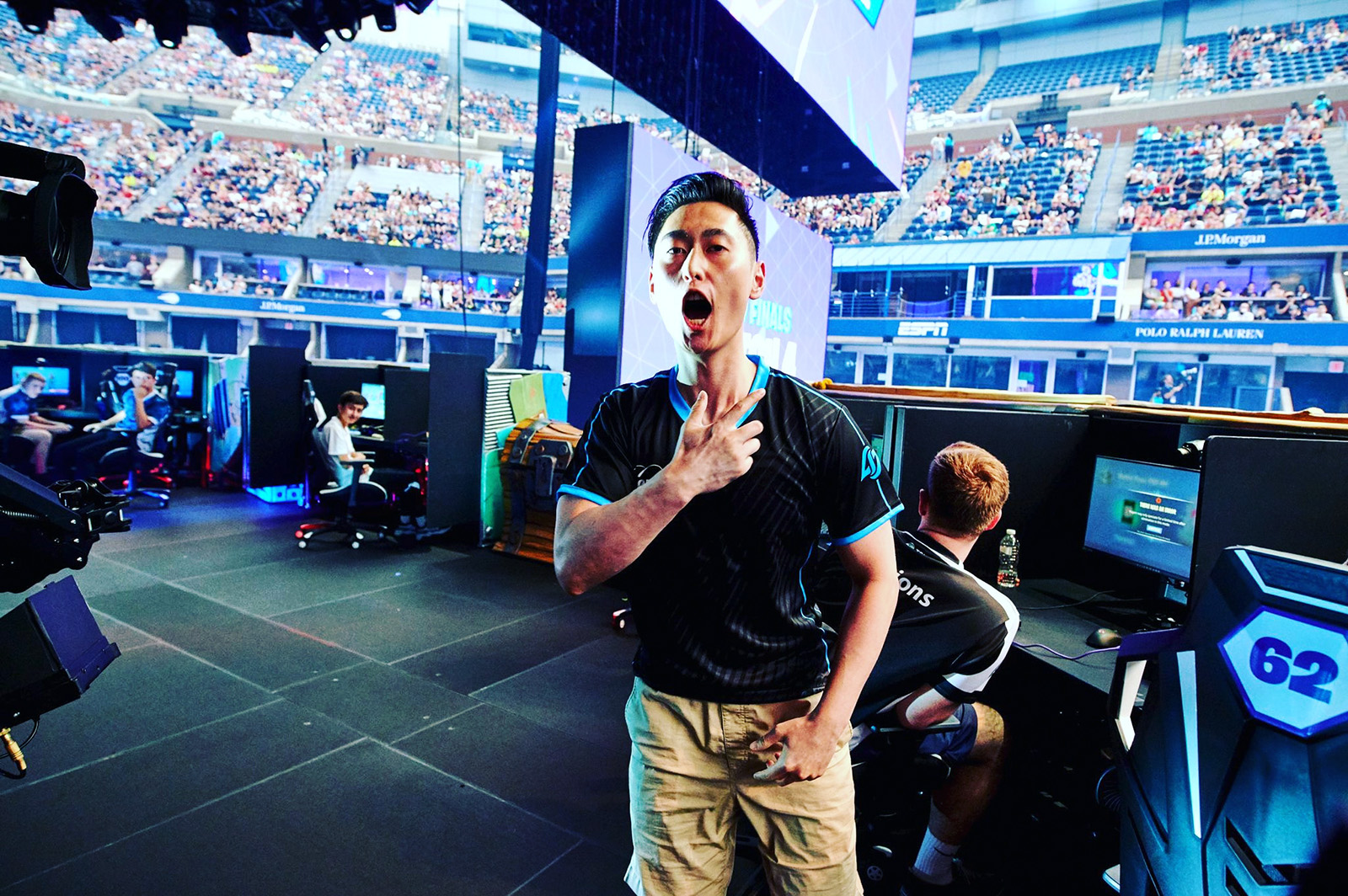 Harrison “Psalm” Chang dropped out of UCLA in 2016 to pursue esports full-time. He won nearly $2 million in July after coming in second place in the Fortnite World Cup competition. (Courtesy of Harrison Chang)

A former UCLA student turned his video game expertise into profit after winning over $1 million at a gaming competition over the summer.

Harrison “Psalm” Chang dropped out of UCLA in 2016 to pursue professional gaming when he qualified for a world championship competition. He is now $1.8 million richer after coming in second place at the Fortnite World Cup Solos division July 28.

“My parents always wanted me to go a traditional route. My mom wanted me to be a doctor so badly,” Chang said. “But luckily my older brother kind of filled that role already and so I was like, ‘Thank you, brother.’”

Chang had to compete in 10 weeks of online qualifying tournaments in order to reach the final rounds of games in New York City, which were played live and in-person, where he claimed his prize. The first-place prize of $3 million went to 16-year-old Kyle “Bugha” Giersdorf.

He had previously played the game Heroes of the Storm professionally, but switched to Fortnite in summer 2018 because it offered more opportunities for growth, namely financial ones, Chang said.

“I knew (Heroes of the Storm) was eventually going to die down,” Chang said. “So I was looking for a new game, a popular game where I could grow my career, … and Fortnite seemed like the perfect opportunity to do that.”

Chang also used to coach students who played Heroes of the Storm at UCLA, said Sunny Yen, a fourth-year sociology and psychology student and the director of UCLA Esports, a club sport on campus.

“Our Heroes of the Storm team was pretty good because of (Chang’s coaching),” Yen said. “So it was really, really cool to see him succeed in another game.”

Ashley Denktas – the student director of UCLA Esports, a fourth-year geography student and a former Daily Bruin reporter – said it is uncommon for students to drop out of school to pursue esports, as Chang did, but it does happen occasionally. One of the goals of UCLA Esports is to provide support for athletes to make UCLA an esport-friendly campus so dropping out isn’t necessary, she added.

“The reason UCLA Esports exists is to make sure people can pursue their passions as well as get a degree,” Denktas said.

A large part of why students leave school is to chase the money that has flooded the esports community and allows athletes like Chang to win substantial awards, Denktas said.

“I think esports has grown in popularity because of all the insane amount of money people can win,” Denktas said. “Now people can go to their parents and be like, ‘Mom, Dad, I can make more money than you can at work.’”

Corporate partnerships and sponsorships fund a great deal of the prize pools, Denktas said. Esports has attracted a diverse assortment of companies, such as Coca-Cola and Louis Vuitton, which is designing in-game League of Legends-themed items, as well as physical trophies for tournaments, Yen added.

Esports is still in its infancy, Chang said, but this has not stopped the phenomenon from making its mark on the world. According to Epic Games, the video game company that hosted the Fortnite World Cup, the tournament was the most-watched competitive video gaming event in history, outside of China.

More than 19,000 people were physically in attendance for the tournament at Arthur Ashe Stadium, the same location as the US Open. An additional 2.3 million virtual fans were also viewing the competition online, according to Epic Games.

Despite this, Yen said the response on campus to Chang’s win has been minimal, and not many people are aware that Chang has a history with UCLA.

“UCLA has produced several pro players in different games before,” he said. “(The UCLA community) certainly isn’t aware of it. They’re just like, ‘Oh, they just play video games.’ You know? But hopefully the perception changes soon.”

At 24 years old, Chang was among the oldest at the Fortnite World Cup. He said the average age of participants was 16, with the youngest participants being 13 years old. One of those 13-year-olds, Thiago “King” Lapp, came in fifth place in the solo division and earned $900,000, according to Epic Games.

“A lot of (participants) are high school students,” Chang said. “And a lot of them dropped out to do online schooling so their schedules are more flexible so they can practice full time.”

As for what he’s planning to do with his winnings, Chang said he intends to share it with his family, invest in an apartment building and maybe indulge in something extravagant.

“I think (Chang’s win) is awesome because it shows students that they don’t have to follow a traditional pathway to be happy or have a successful career,” Denktas said. “And it also shows that people can follow their passions.”