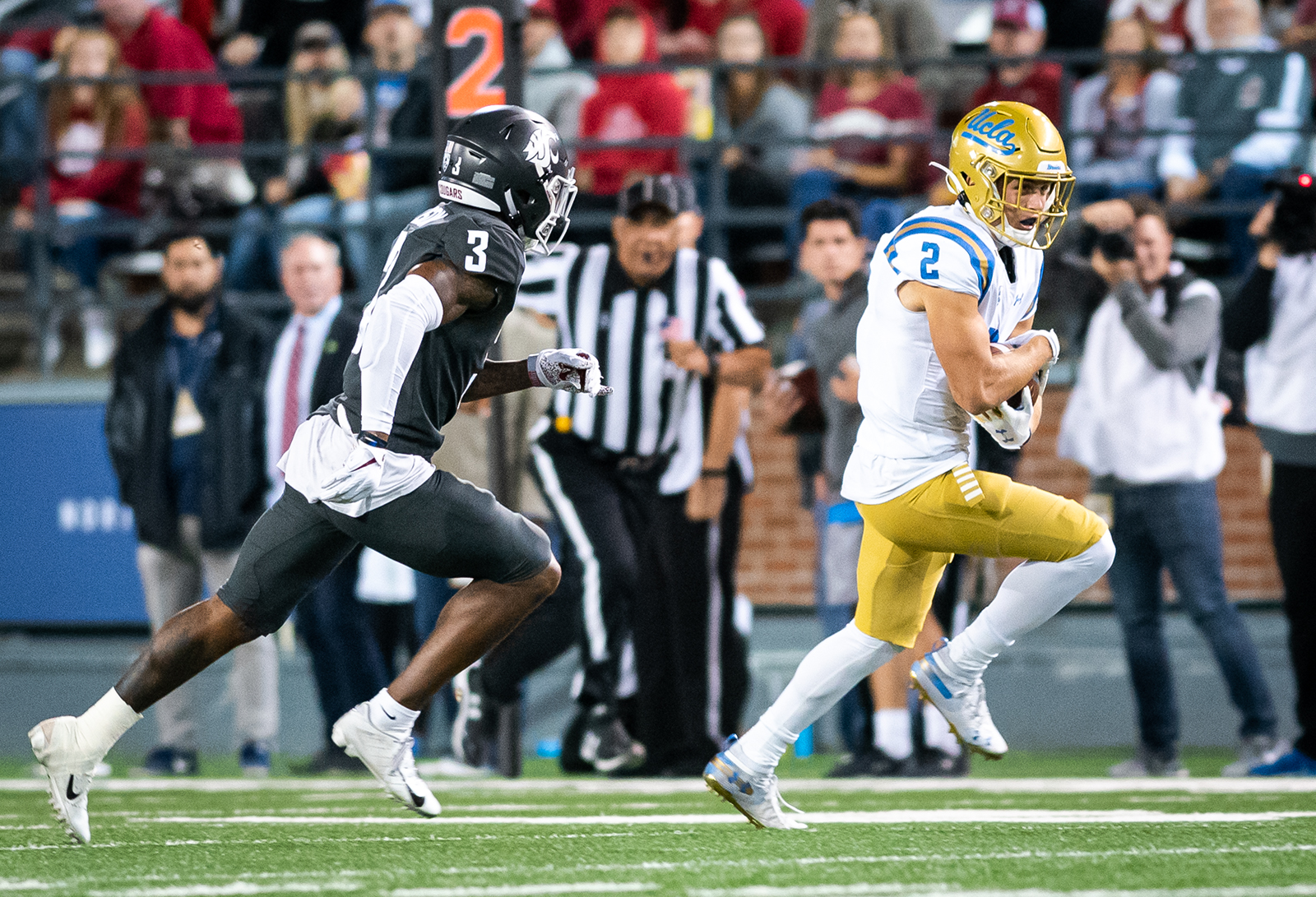 Three Bruins are taking home hardware for their performances this weekend.

Thompson-Robinson had a record night in Pullman, setting UCLA’s school record for total yards with 564. He earned Pac-12 Offensive Player of the Week after engineering the Bruins’ 32-point comeback with six offensive touchdowns in the second half – four through the air and two on the ground.

Outside the Pac-12 awards, the dual-threat quarterback was given the Walter Camp National FBS Player of the Week and the Davey O’Brien Foundation’s Quarterback of the Week, becoming the first UCLA player since Josh Rosen to win the latter.

Along with both of those national honors, Thompson-Robinson was named one of the Stars of the Week for the Manning Award, sponsored by the Allstate Sugar Bowl.

Felton got his fair share of hardware following the win over Washington State as well. The wide-receiver-turned-running-back racked up 263 all-purpose yards, including two touchdowns from more than 90 yards out.

Felton won Pac-12 Special Teams Player of the Week after taking a kickoff 100 yards to the house for the Bruins’ only score in the second quarter – their longest return since 2014.

He also picked up a 94-yard catch-and-run touchdown at the end of the third quarter – UCLA’s second-longest passing play of all time – and the game-winning score with a 15-yard screen touchdown with 1:07 left on the clock. Felton was nationally recognized when he was named to the Paul Hornung Award Honor Roll.

Philips was the Pac-12 Freshman of the Week for his performance in Pullman. The redshirt freshman wideout scored via a 69-yard punt return to give the Bruins a 60-56 advantage in the fourth quarter.

The punt return for a touchdown was UCLA’s first since Maurice Jones-Drew took one back against California in 2005. 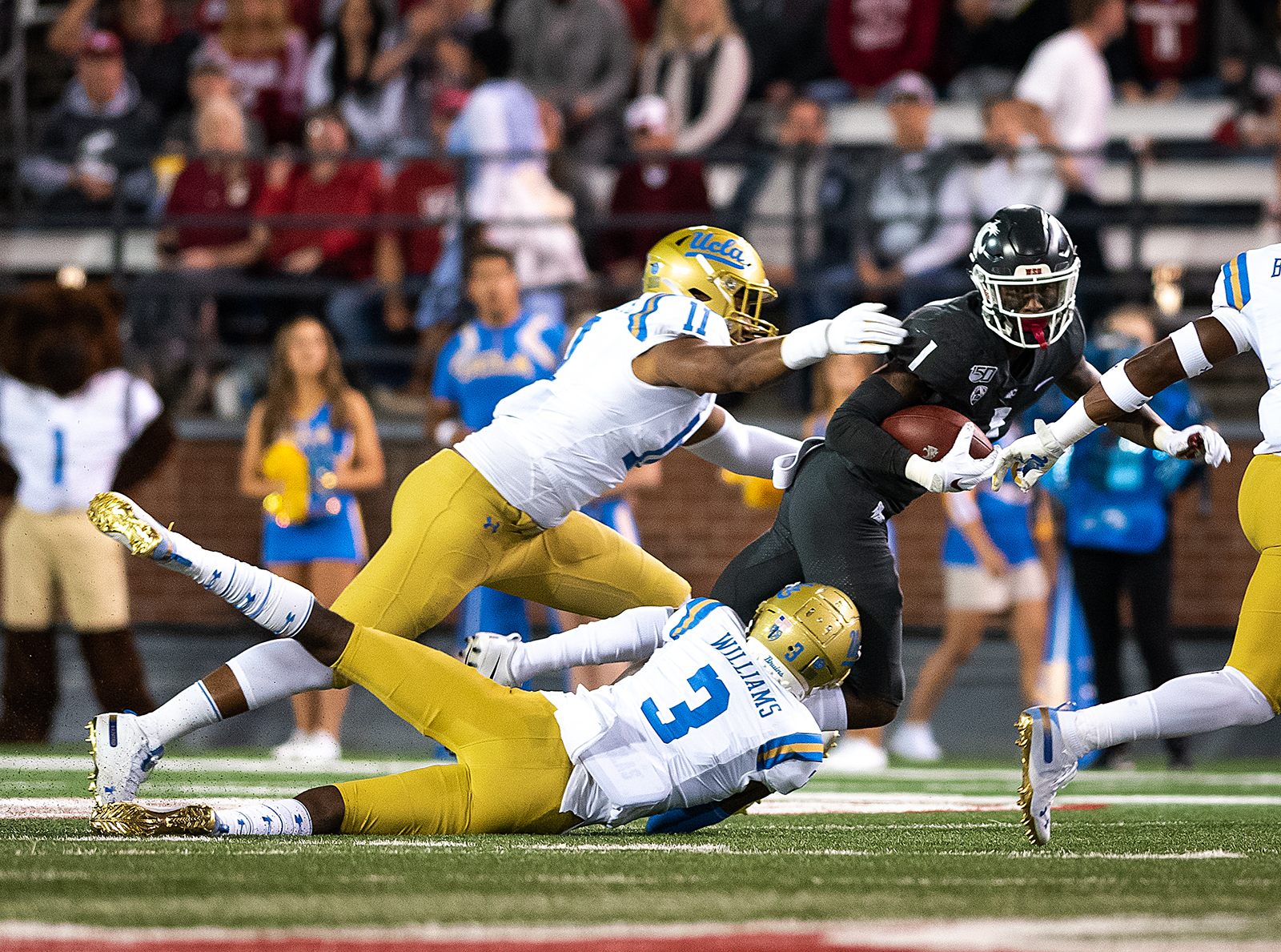